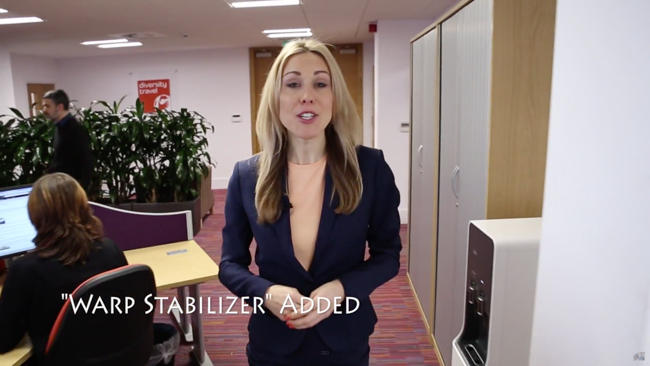 One of the difficulties with being exposed to oceans worth of photo and video, is that it can sort of come across that certain feats are easy to achieve, when, in fact, their execution takes a great combination of knowledge and technical skill. We see great portraits and beginners pick up a DSLR and assume all they need is a fast prime and a flash when that’s just a drop in the ocean of what’s involved. On the other hand, almost as if the other side of the same coin, there are scenarios where we may assume there’s a lot more gear and such involved than is actually the case. Stabilizing video is often one.

Anyone who has dabbled in video, even of an iPhone persuasion, knows that stable video isn’t exactly the easiest thing to achieve, though all sorts of algorithmic wizardry is finding its way into most software to help out. This wizardry can go a long way in making your videos look incredibly smooth as if your camera was on a dolly on rails. But how? By using Adobe Premier and After Effects of course, and Warp Stabilizer. 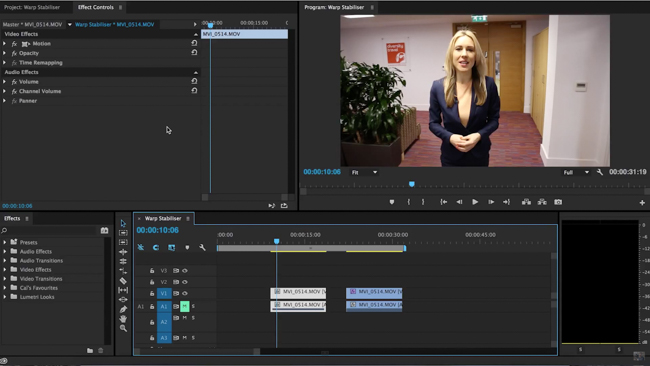 [REWIND: How To Shoot A Long Exposure Hyperlapse | Cal Thomson]

One issue that has turned many away from using Warp Stabilizer, is that in an effort to iron out the wrinkle in the video, the warp can be rather ‘vomit inducing,’ and actually looks dreadful. Photographer Cal Thomson in his video tutorial below shows you how to go from fairly smooth, to warp stabilized smooth, to corrected warp as the finished product that’s just brilliant.

This is actually great for many reasons that videographers will appreciate. Prior to this, your DSLR footage would often look like it was filmed by someone with premature Parkinsons’ and you would have to spend ages tracking a moving object in After Effects with keyframes, or purchase something like Mocha, which wasn’t cheap, and required its own learning curve. The learning curve with Warp Stabilizer is shorter and will be steeper with Cal’s help.

For more from Cal, check out his YouTube Channel, and let us know how well this works for you.