SLR Lounge > Photography News > News & Insight > What Should You Do When Your Friends & Family Don’t Support Your Career? 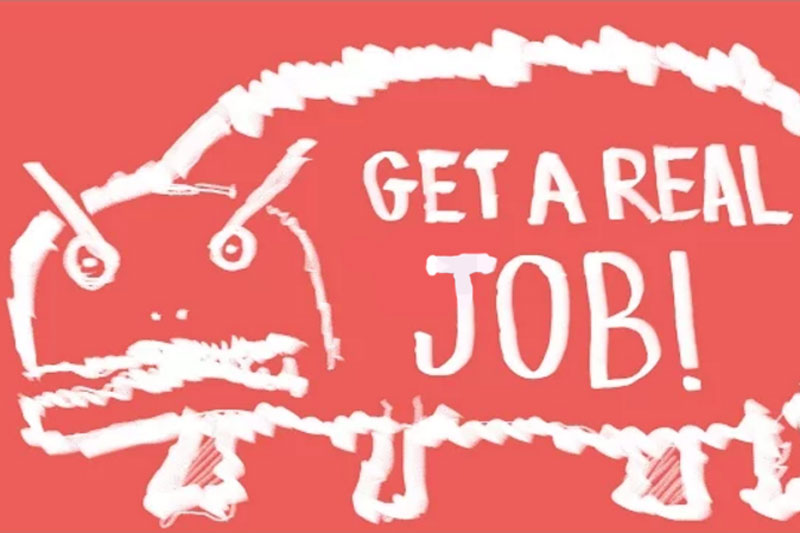 What Should You Do When Your Friends & Family Don’t Support Your Career?

Surviving in an artistic industry is hard enough with severe competition and demanding work ethic, but without the fortifying support from loved ones, how do you persevere? Where do you source your strength?

Matt Workman of Cinematography Database gave us a dose of reality in their latest Youtube video “Family and Friends Don’t Support You Working in the Film Industry”, delving into the emotional turmoil that artists face at one point or another when they don’t receive the unconditional support they desire. We’ve all heard the age old phrase from family members claiming “they know what’s best for us”, essentially reflecting their opinions onto our lives. But is the safe choice the right choice?

Success is the only evidence you need to justify your case, and unfortunately, it is hard to come by in an industry filled with talented people and barren of chances to prove themselves. Remember, you stepping out of their comfort zone may not be ideal, but may be your only means of keeping your dream alive. Workman claims that the opportunities in the film industry have heavily increased over the year over the diversification of TV/Movies, so with a greater probability of success, this shouldn’t be the determining factor of your loved ones lack of belief.

Workman initially studied Computer Science & Engineering but diverged from this path after being enamored by the film-making & content-creating process. He started from scratch after leaving a promising career in Tech, working his way up the ladder to eventually arrive at a sustainable & respectable lifestyle that made it hard to argue against leaving in the first place. Later in his career he created Cine Designer, a plug-in for an animation program that allows you to visualize camerawork and lighting.

[REWIND: Should You Get A Degree In Photography? | The Case For A Formal Photography Education From A Recent Grad]

Your Happiness, Your Responsibility

“You owe it yourself to find what makes you happy and pursue that at all costs,” says Workman. Living in the shadow of someone else’s dream will only diminish your happiness and leave you craving satisfaction lifelong. Defining your own success and happiness is ultimately the best option and facing disapproval along the way just comes with the territory of stepping outside the norm. Check out the video for the full feature that may just bring you some inner peace.