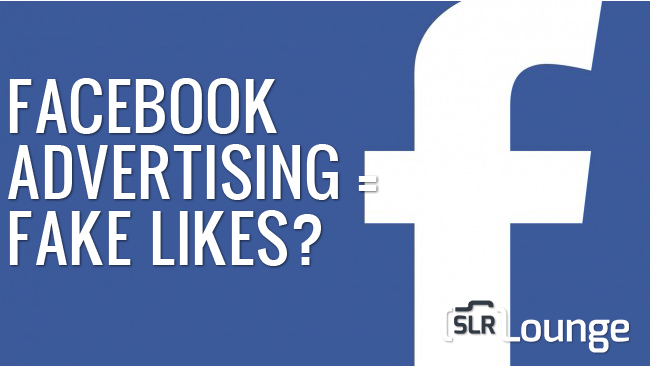 I joined Facebook a little late in the game. I was anti MySpace for the longest time and when Facebook came along, I also dragged my feet. Then one day, out of sheer boredom, I accepted a friend’s invite and I was hooked. I was able to connect with old childhood friends, co-workers, random people that I’ve met along my journey…and of course, I found a great platform on which to build my new photography business!

In the recent months, Facebook has changed their traffic algorithms in a way that greatly affects any professional photographer who is trying to use social media to generate business.  To be precise, they seem to have drastically reduced the visibility of any post they deem to be “promotional,” in an effort to force small business owners to pay up in order for their posts to be seen. We, here at SLR Lounge, also have seen a decrease in the number of people that “see” our posts. So, like many other businesses, we experimented with Facebook’s handy little “boost post” option. And while we started getting more “Likes,” it seemed that even less people were actually interacting with us, let alone bothering to actually read an article.

Popular Science YouTube channel, Veritasium, released a viral video a few days ago titled, “Facebook Fraud.” In the video, Derek Muller, the man behind Veritasium, alleges that Facebook has set up phony accounts, in essence a “click farm,” so that when businesses legitimately pay to advertise and boost their posts, they seemingly get a ton of likes, just as they paid for.

This is not a new phenomenon, as Muller points out. In the Virtual Bagel experiment, back in 2012, Rory Cellan-Jones created a useless Facebook page to see if you could generate fans using ads. The ad targeted users in the US, UK,  India, Indonesia, the Philippines and some other countries. His page got over 4,000 fans, virtually none in the US or UK. Which raises the question of quality vs. quantity.

[REWIND: Would Your Photography Business Survive if Facebook Died?]

Muller then goes into his experience with Veritasium and paying for Facebook ads. He saw the likes grow quickly, from 2,000 to over 100,000. And though his audience grew, the engagement seemingly did not. Muller shows a graph where 75% of his “Likes” are from developing countries, yet they are less than 1% of his page’s actual engagement (comments, shares, etc). Facebook ‘rewards’ posts that have strong engagement, so lack of engagement in the form of comments, likes and shares, are penalized by being hidden on people’s news feeds. 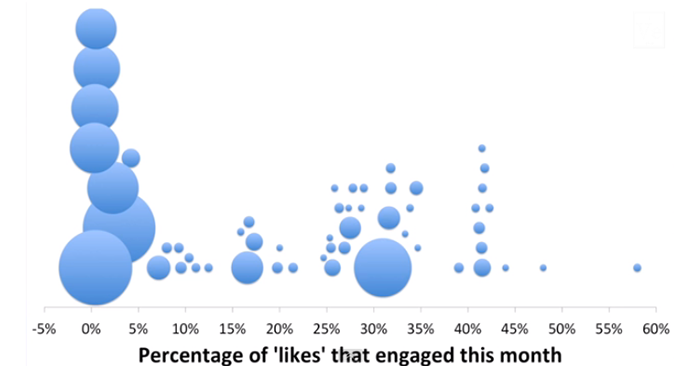 So, being a scientist, Muller drew up an experiment. He created Virtual Cat, a useless page, that “only an idiot would like.” (It’s written in the actual description). For $25, he got 262 likes. He posted a post on Virtual Cat. It reached 8 people and had zero engagement. 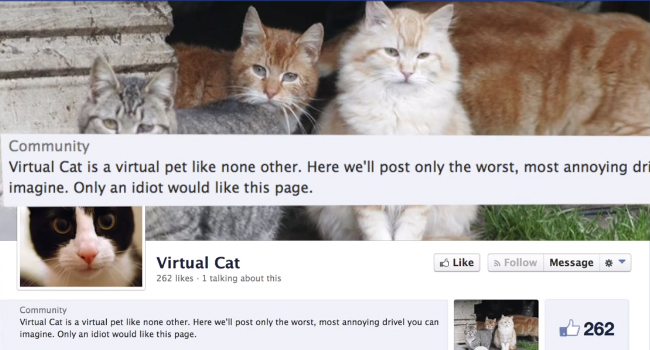 His conclusion? Facebook uses fake likes to make it seem like you are getting a bang for your buck, but Facebook’s business model actually works against us as professionals who are trying to grow our (photo) business. “It’s not beneficial to them for us to reach our audience. They want to restrict our organic reach to make us pay for it.” Basically, Facebook advertising is a waste of money and not only is it a waste of money, it hurts your business.

Though Muller’s experiment is not totally conclusive, he shows some pretty compelling evidence to back up his claims. His 9 minute video is below.

What Does This Mean For Pro Photographers?

If you are a photographer who pays to promote your page or boost your posts, you may be paying for something that is not only a waste of money, but also harming your visibility with the people who you actually want to reach. We have legitimately paid to advertise some of our posts in the past and as a result, have seen less and less engagement on our site. Fewer interactions means our posts remain hidden because they may be showing up on a fake news feed somewhere. So, the people who actually want to see our posts don’t get to see them, and in turn, we use more advertising money to boost posts that don’t get seen. Seems a little shady, Facebook!

Even if you don’t pay to boost your posts, this still affects you. You don’t get to see the posts that you may want to see because of the diluting of the quality of ‘likes.’ This is why SLR Lounge has been working on promoting in different social media avenues like Google +, Pinterest, and Twitter, while maintaining our quality video tutorials on YouTube.

We love producing great content in the form of tutorials, articles and news and we want people to read it! So, please find us on all of our different social media sites, and add us to your RSS feeders so you don’t miss our latest articles and tutorials.