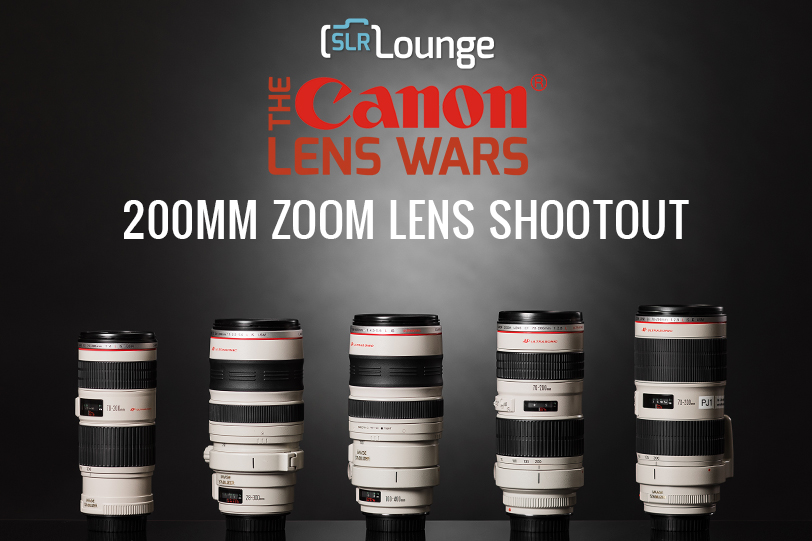 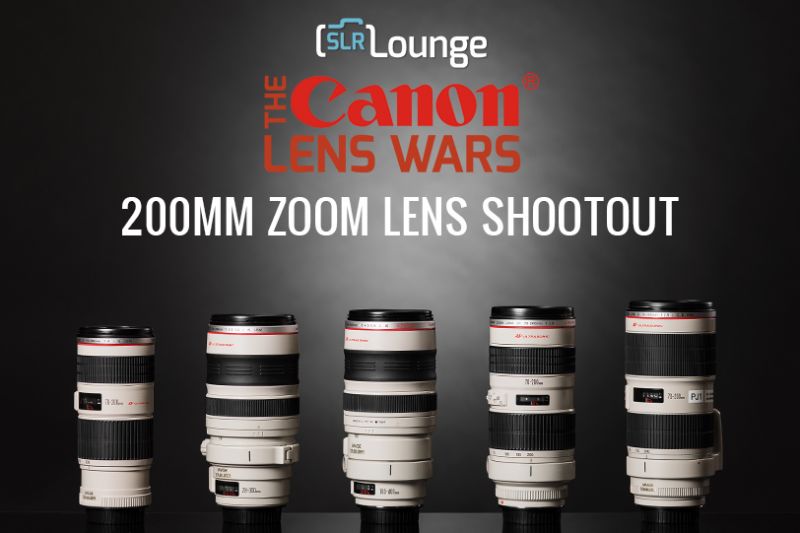 Finally, in part 3, we will again give our 200mm focal range conclusion.

For those that are new to the Canon Lens Wars series, be sure to check out the teaser video where we introduce the series and our testing methodology as well as all the other videos on each focal length.

We are going to start with each lens’s Wide Open Aperture (WOA) by doing some basic visual comparisons by viewing the images full screen on my Dell U2713HM 27″ IPS monitor.

At our 200mm focal length and each lens’ WOA aperture, the 70-200mm f/2.8L Mark II and 70-200mm f/2.8L non-IS stood out once again. Now, our non-IS version of the lens appears to have some sort of light entering the lens which is creating a bit of a flare, but we know from our previous comparisons that in image quality, the 70-200 f/2.8L non-IS version is incredibly similar in terms of image quality to the 70-200 f/2.8L IS II. So, let’s just assume the same here for now.

In viewing the images full screen, it was difficult to distinguish the contrast, color, and sharpness. The amount of bokeh shown is probably the most notable difference between each image, with the 70-200s and the 70-200 f/4 displaying the most bokeh out of the group. 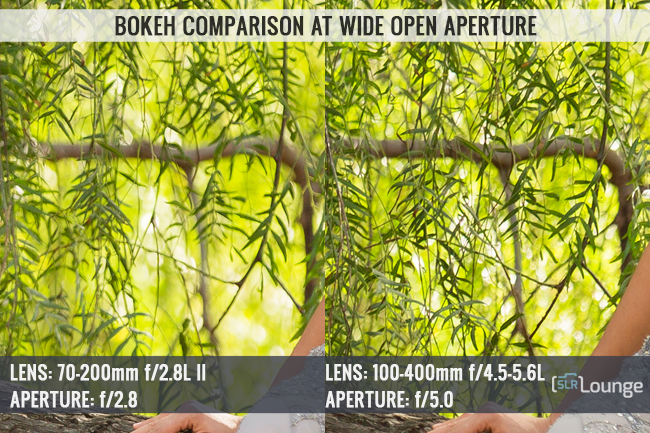 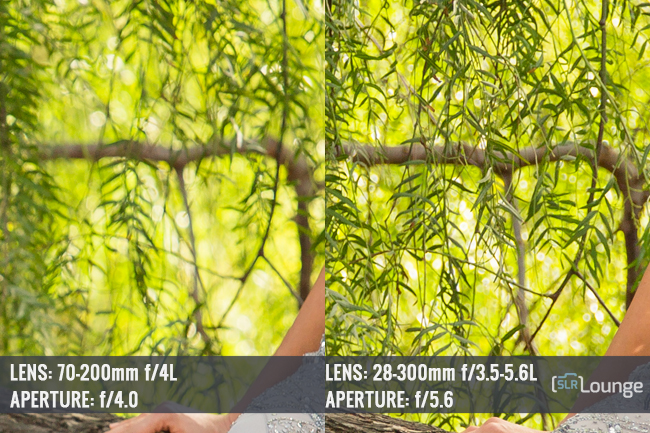 Sharpness was actually pretty tough to distinguish as well. I could only differentiate sharpness when zoomed in and comparing images side by side. Even then it was still difficult to pick out a clear winner. If anything, the 100-400mm f/4.5-5.6L produced softest image of the group. 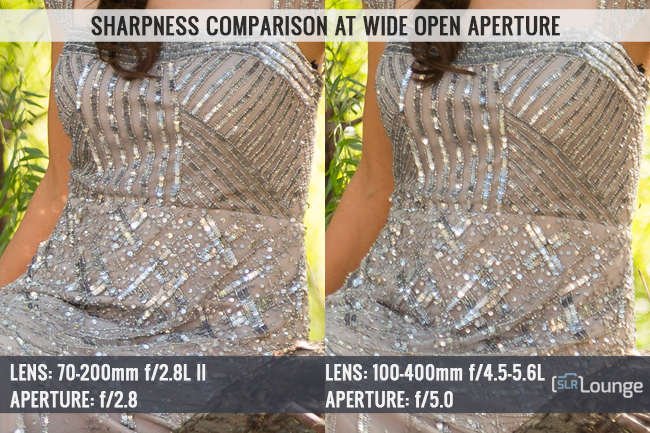 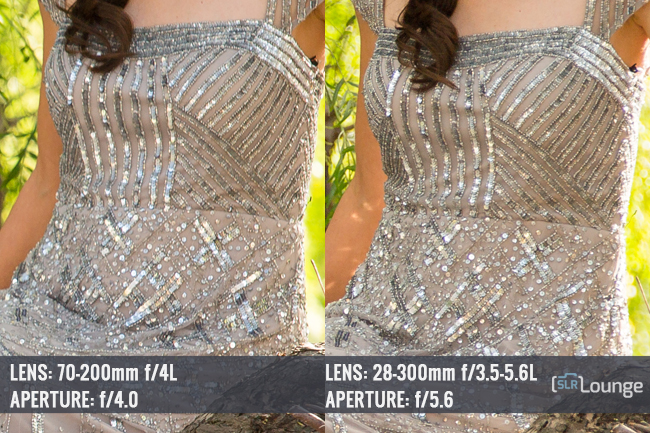 Most likely, the reason why the lenses are looking more similar at this focal length is due to the lens compression of being at 200mm. At 200mm, we get a little more powerful bokeh in each lens, but still, once again, I end up preferring the Canon 70-200 f/2.8 IS Mark II.

This can be verified as we zoom in to look over our model and her dress. 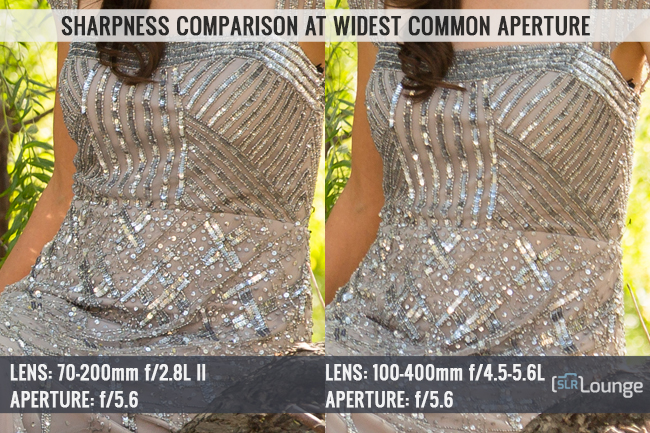 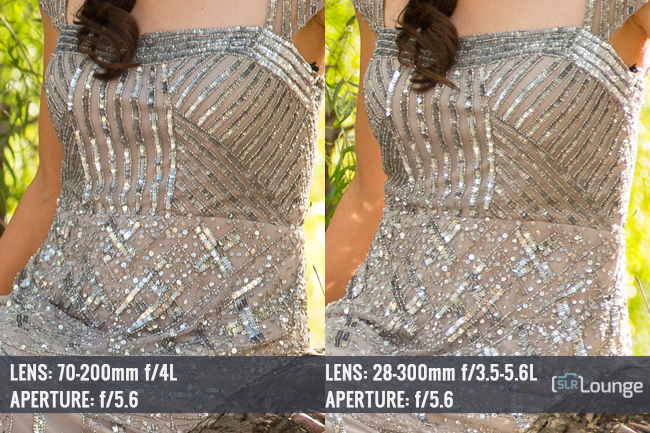 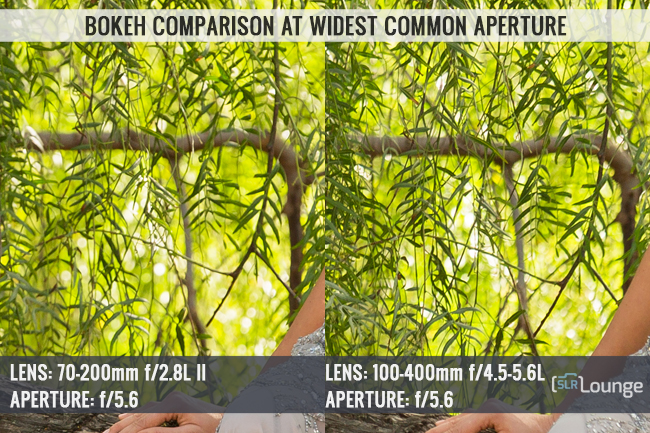 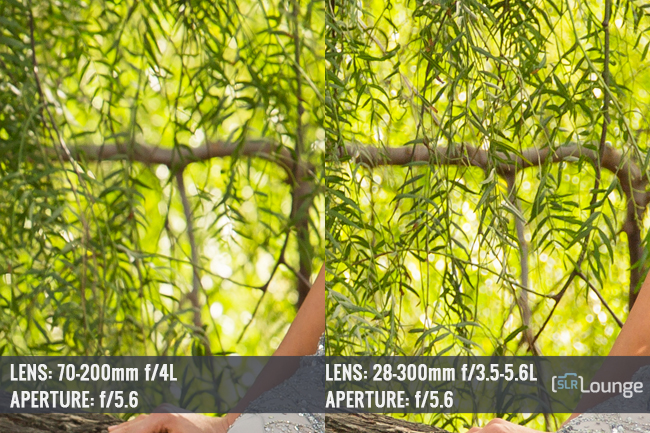 Nevertheless, as far as the overall look, contrast, and clarity, the 70-200 f/2.8 Mark II is still my favorite in the pack. 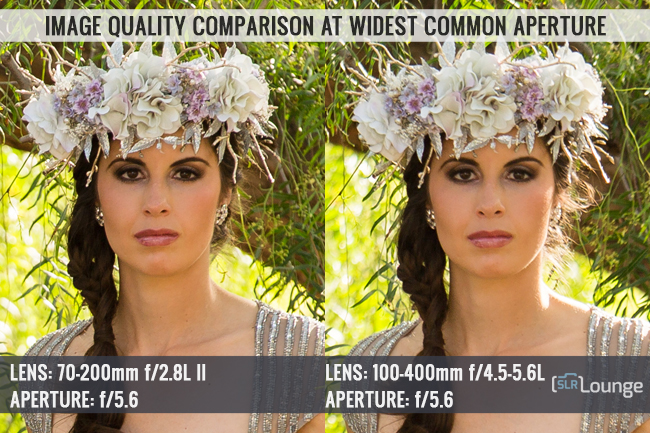 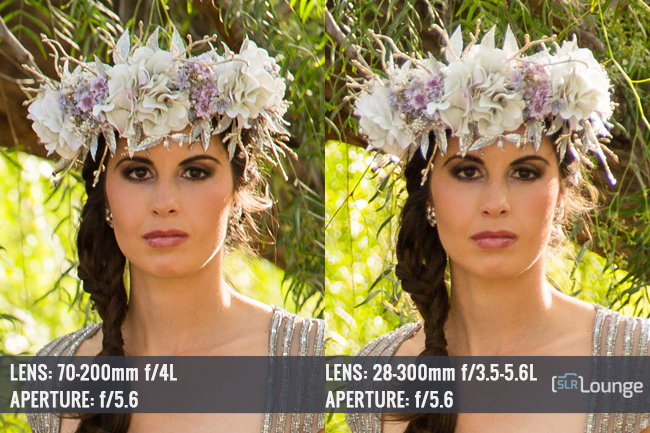 So, at 200mm, we still end up with the same conclusion as the other zoom lens shootouts. The Canon 70-200mm f/2.8L IS Mark II is going to give you the best image quality, aesthetics and low light performance with its fixed 2.8 aperture across its focal range and image stabilization.

This non-stabilized f/2.8 lens matches the sharpness, bokeh quality, color, and contrast of the more expensive 70-200mm f/2.8L II with image stabilization.
So if image stabilization is not as big of a concern, then this lens is your best value.

The Two Versatile, But Compromised Lenses

In addition, at the other focal lengths, they are also just middle of the road performers in terms of bokeh aesthetics, sharpness, and so forth.

Still, if I needed the ultimate flexibility in focal length, I would chose the 28-300mm over the 100-400mm since its overall focal range is more useful to more people than the 100-400mm’s focal range.

The 70-200mm Zoom Lens That We Can’t Really Recommend

But for the money and compared to the other lenses in this shootout, you are better off in terms of image quality and low light performance with the $1,499 Canon 70-200mm f/2.8L without image stabilization.