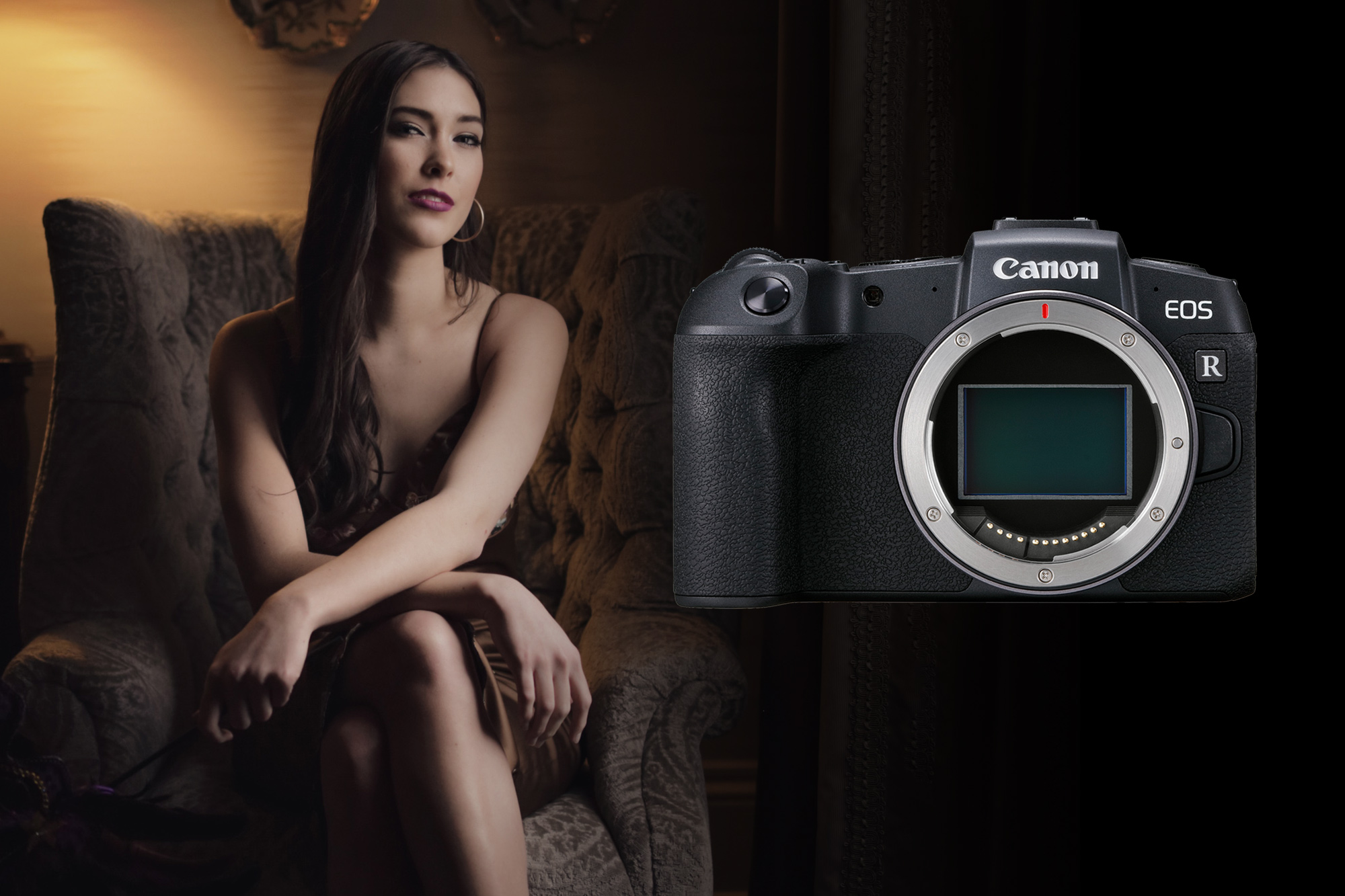 The Canon EOS-RP Mirrorless Camera was just released, and we had the opportunity to test it at Canon’s press event in New Orleans.  In this review, we’ll dive into who this camera is for, give you the pros and cons of the camera, show you some sample images, and provide you with our overall analysis.

With the release of the EOS-R, the internets have been speculating that Canon’s next camera would be a mirrorless camera designed for professionals. Speculation that was justified based on Canon’s line up of RF L lenses. Lenses that are designed to resolve incredible amounts of detail, have lightning fast focus mechanics and boast incredible optical quality.

The Canon EOS-RP is not that camera, it’s actually the exact opposite. And while Canon has openly stated, “Have no doubt that a professional model is coming,” many of you will still be throwing your hands up in frustration. Particularly if you were wanting or expecting Canon to take over the mirrorless market with “the next best thing.”

But, while this camera might not be what you want or expect, it’s still a wonderful camera at an incredible price point. 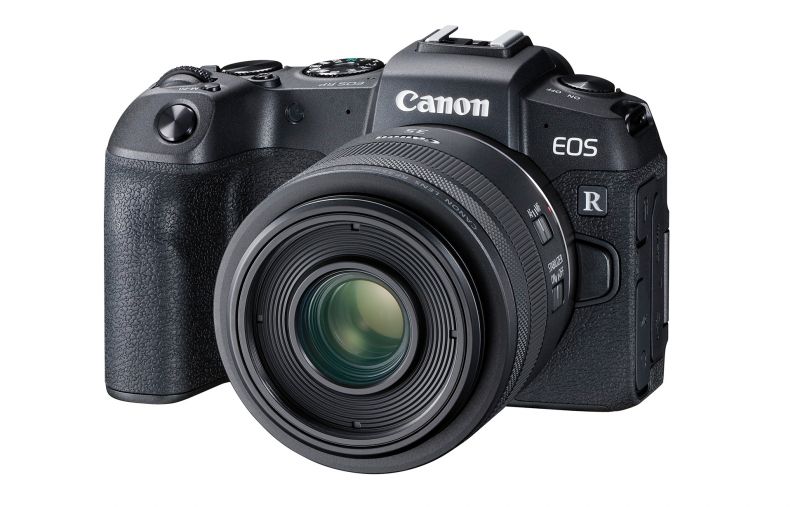 Before you jump in, I want to preface this article with the fact that this is not a technical Canon EOS-RP review. There are plenty of websites for comparing camera specs and debating technical details. Instead, I offer you information from the perspective of a working portrait photographer who takes pictures as a profession. My Canon EOS-RP review focuses on the benefits and pain points actually seen and felt from the day that I spent shooting with this camera. With that said, read on!

Who is the Canon EOS-RP For?

The Canon EOS-RP is an entry-level mirrorless camera designed for amateur photographers who are ready or thinking about stepping into the full-frame mirrorless world. Paired with the EF-EOS R adapter, the EOS-RP system can make use of all of your existing EF lenses. For $1,299, this makes for an attractive proposal in and of itself.

In addition, the body is light, I mean, very light. The body alone weighs just over 16 oz which makes it one of the lightest full-frame mirrorless cameras on the market. That paired with an articulating LCD screen makes it a wonderful camera for bloggers, vloggers, and photographers who love to travel.

However, if you were hoping for full-frame 4K, you are going to have to wait a bit longer. Canon’s technical team informed us that the Canon EOS-RP is still restricted to 1.6x crop when shooting 4K in order to prevent the camera from overheating. It’s a frustrating technical restriction that we hope Canon is able to soon resolve.

In short, if you’ve got a line up of EF lenses and have been considering a full-frame camera or jumping into mirrorless, the EOS-RP was designed to get you in at a minimal price point.

5 pros About The Canon EOS-RP

Canon color science is one of the big reasons that I prefer shooting Canon versus other brands. I always use the best tool for any job. Shooting raw allows you to create and fine-tune color on any camera, I find that Canon files start with beautiful and slightly warm skin tones that already fit my final look. This is where the EOS-RP shines, and honestly where my specialty as a photographer lies. Given that this camera is so new, I had no choice but to work with JPG files. Take a look at how the original files stack up to the final edits below. You are seeing the untouched SOOC.JPG (left) versus the final edit (right). 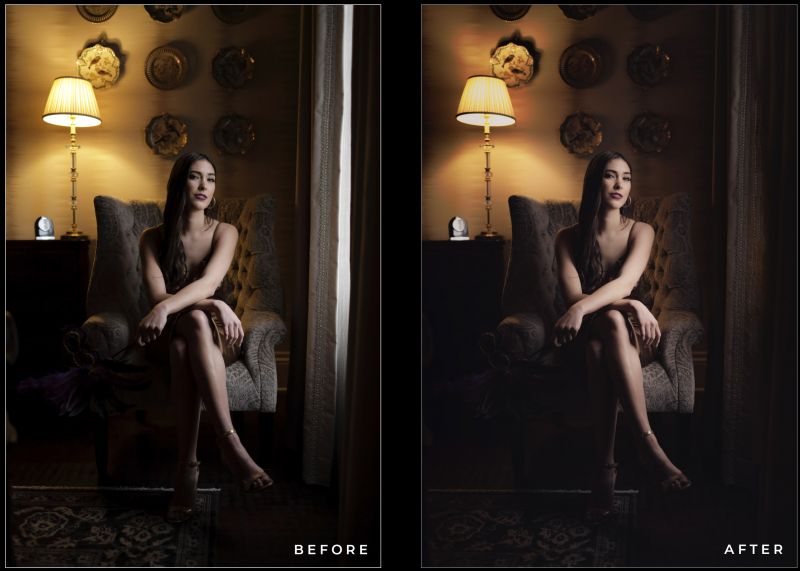 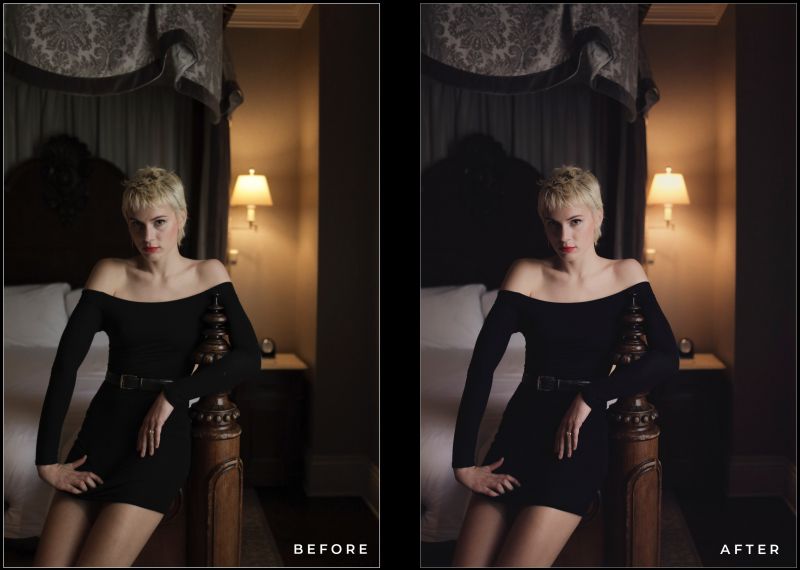 The EOS-RP is essentially using the 6D Mark II sensor paired with the latest DIGIC processor. The result is an entry-level full-frame camera with more than impressive low-light performance. I found noise to be barely noticeably all the way up to 800 ISO, and professionally acceptable even at 6400 ISO. In fact, even when pushed to 12,800 ISO the files still hold up nicely as you can see below.

If you’d like to take a look at the 1:1 files at the different ISO ranges, here they are. Forgive me, I shot these under partial florescent light, so I black and whited the photos as the shutter speed was catching inconsistencies in the fluorescent light. This is a test I’d love to try again in natural light conditions with the final released cameras. 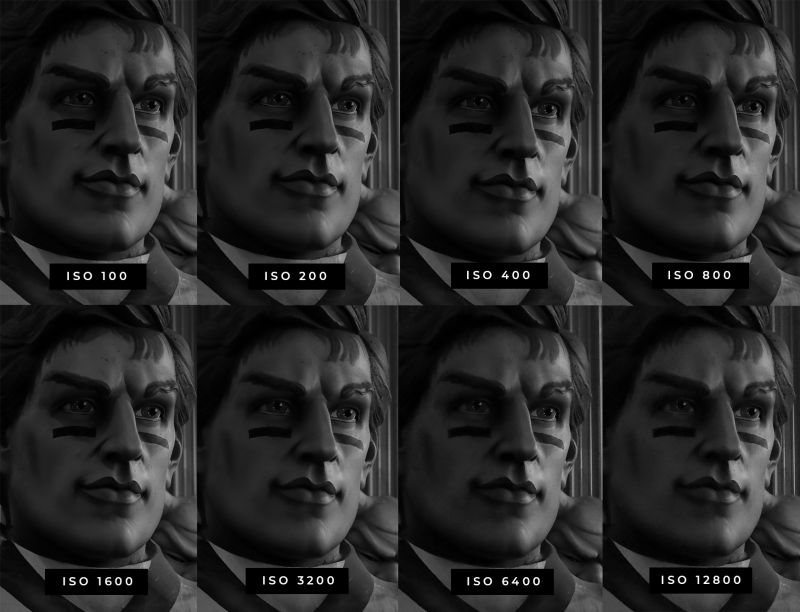 While the noise in the final image at 12,800 ISO is noticeable, I want you to put it into context by seeing the full frame shot. While I wouldn’t advise shooting at this ISO, it’s still very useable if needed. 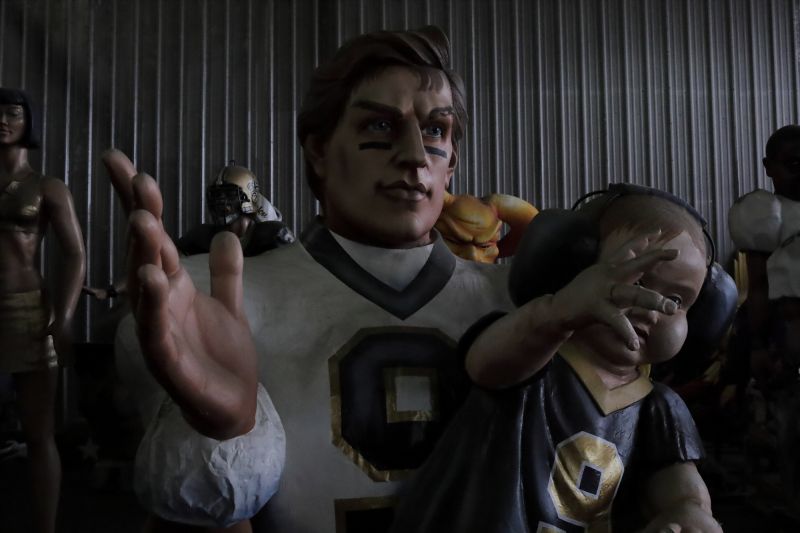 In this first SOOC .jpg file you will notice that we are shooting mid-day at a cemetery in New Orleans. Even when shooting from the shadows into direct sun, we can see all details from the shadows to the highlights. 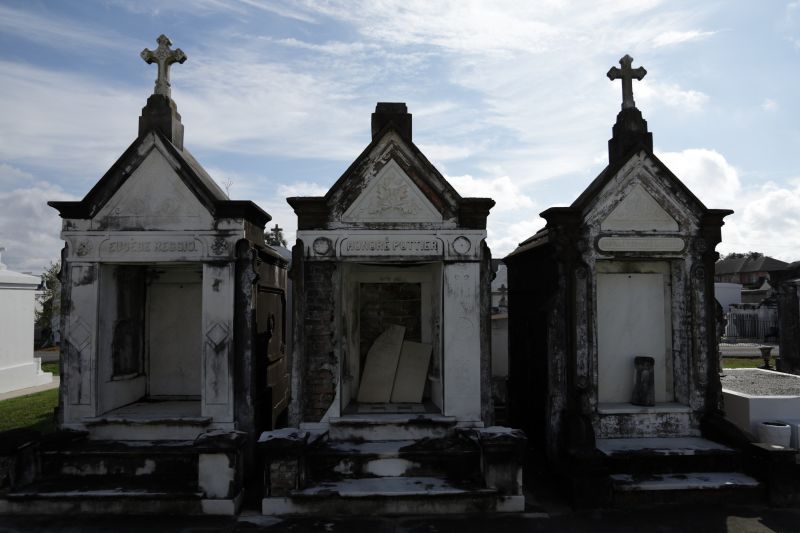 Moving indoors, to a warehouse, I found a scene that was perfect for testing the dynamic range of the camera. How much detail would we be able to see within the details of the statues compared to the highlights of the water and bridge outside of the windows? Amazingly, even the .jpg files had enough detail to reveal both with little issue. We can expect the raw .cr3 files to perform even better. 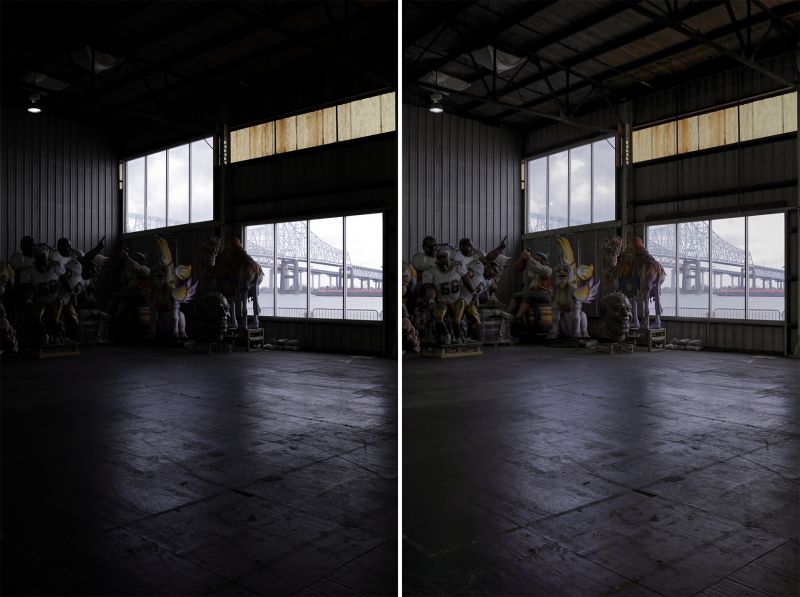 The autofocus speed was blisteringly fast. Canon boasts that the EOS-RP has the “world’s fastest full-frame mirrorless AF speed.” No doubt, the speed of autofocus and its accuracy did not disappoint.

Given the size of the camera, I thought I would hate the ergonomics of the EOS-RP. However, the camera was comfortable, even without an additional grip. I found the buttons easy to access, and the layout of the menu system was simple and intuitive in practice. I will note that since the system only has two dials, I greatly preferred using the EOS-RP with native RF lenses or the RF adapter that has the control ring present. The control ring provides you with that third customizable dial that you can use to quickly adjust Shutter Speed, Aperture and ISO when shooting in Manual.

5 cons of the Canon EOS-RP 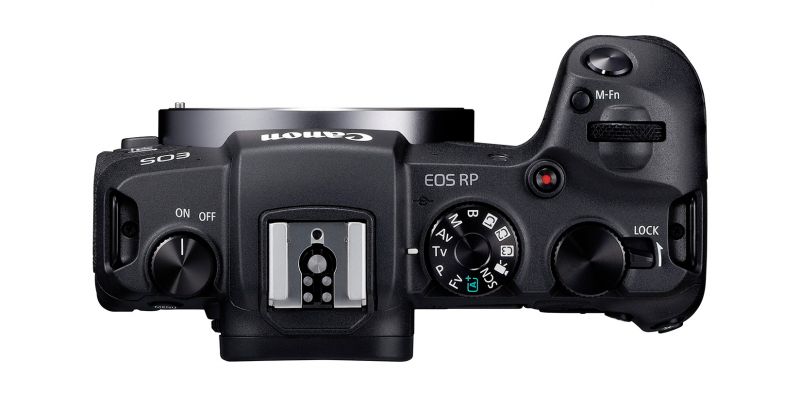 The size of the EOS-RP is only a valid selling point when you are pairing the camera with equally small lenses. Pairing the EOS-RP with any of the new monstrous RF L lenses makes the camera feel like any other full sized DSLR. What we need are more native RF lenses that are designed for travel and portability.  Only then can we really appreciate the size and weight of the EOS-RP. During my day with the camera, I found my favorite lens was the small Canon RF 35mm f/1.8. This allowed me to truly appreciate the size and portability of such a powerful system.

For a lot of people wanting this camera to do 4K video, crop mode is a deal breaker. Not because the video quality is bad by any means. It’s simply because it requires us to have a different set of lenses in order to achieve the same field of view. In addition, when shooting 4K the camera is reduced to a contrast focusing system that can be abysmally slow, especially in low-light. In many situations, you will be better off with manual focusing. 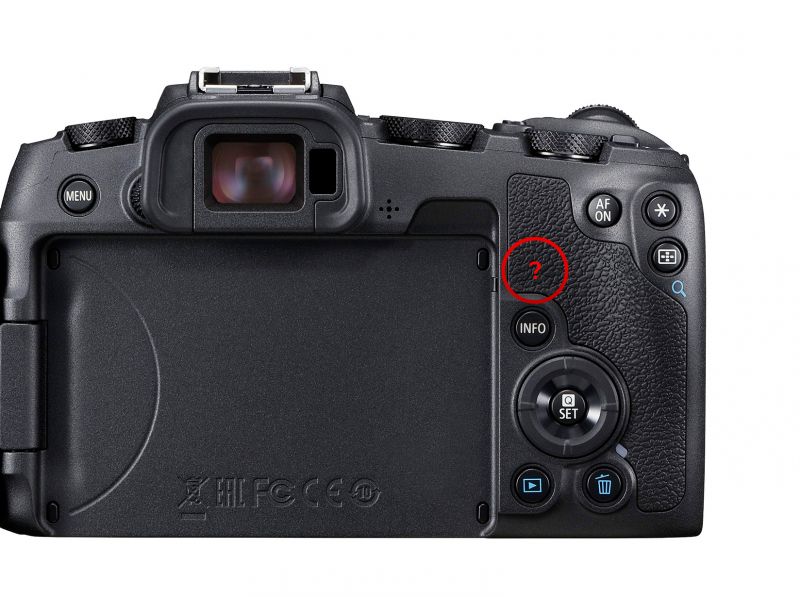 When looking through the EVF, Canon has designed the top right of the display to act as your joystick. While it was easy to use, I found myself missing the feel and speed of a physical joystick. This is something that will no doubt improve with time and experience using the new system. However, I still miss the tactile feel of a physical joystick for quick AF maneuverability.

Just like with the EOS-R counterpart, I was constantly triggering the EVF on the EOS-RP by accident. Whether I was testing exposure or previewing images, the screen was constantly shutting off when a thumb or finger came too close to the sensor on the EVF. This is more of a nuisance than a deal breaker, but it’s still rather annoying to deal with as it kept pulling me out of the joy and fun of the camera. 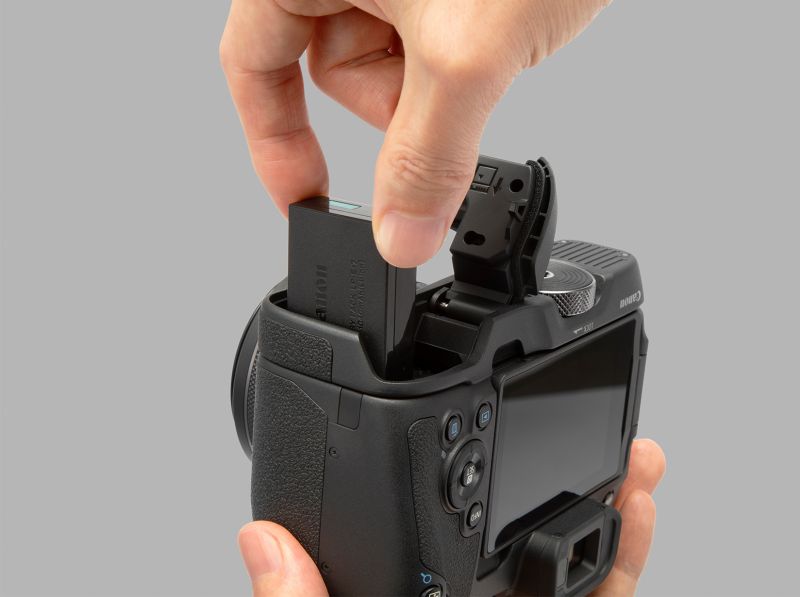 While the EOS-R uses the standard LP-E6 battery, the Canon EOS-RP does not. No doubt this was done to accommodate the camera’s size, but this is still frustrating on multiple levels. For one, if you’ve got a stockpile of LP-E6 batteries, they can’t be used. This means that the Canon EOS-RP is not the ideal travel buddy for those already shooting larger full frame Canon DSLRs. For that, I guess we have the EOS-R. But, even worse is that the smaller form factor and battery gives the EOS-RP a pretty terrible battery life.

When it comes to shooting in a battery friendly manner, I’m on the opposite side of the spectrum. I shoot with my screen set to maximum brightness, and my approach to shooting with intention means I’m constantly previewing the LCD. I got a whopping 70 shots out of the camera before the battery was blinking red. Some of my colleagues were getting around 200-250 shots. Regardless of our approach to shooting, it wasn’t great. Expect to be spending a pretty penny on at least 2-3 spare batteries if you plan to shoot a full days worth of photos.

I know many people are going to crap on this camera. It’s not a Sony killer, nor is it the professional camera that we all hoped and wished for. On top of that, it only has one card slot (queue the eye rolls). But, when we look at this camera outside of our expectations we can see it for what it is. A fantastic entry-level full-frame camera that comes in a small body, and with an even smaller price tag. I was shocked at the image quality I was able to pull out of a camera that costs only $1,299.

For that reason, I think this is the ideal camera for an enthusiast looking to jump into a full-frame mirrorless system without breaking the bank. That said, if you are professional or prosumer expecting the “Canon Mirrorless Monster” you are going to have to wait a little longer. 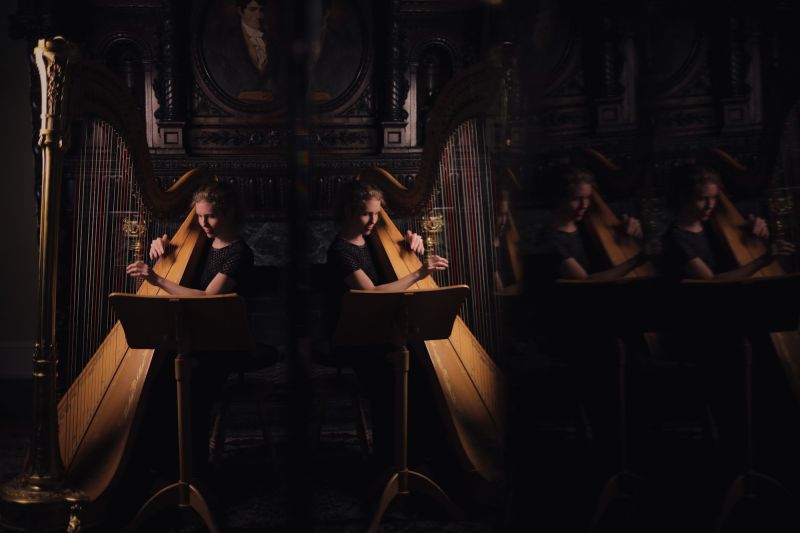 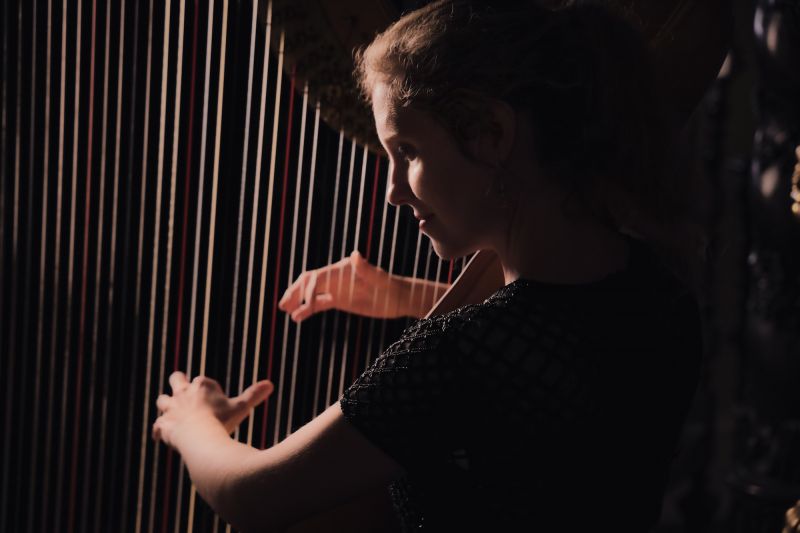 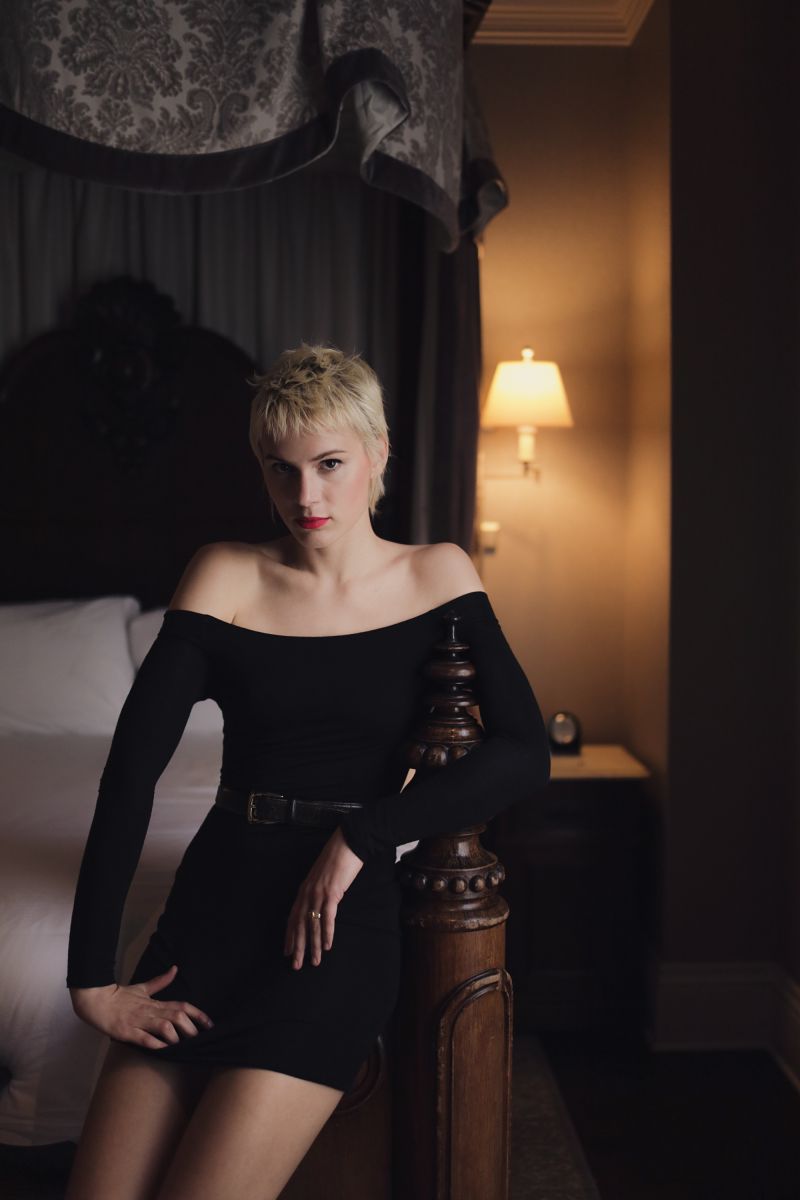 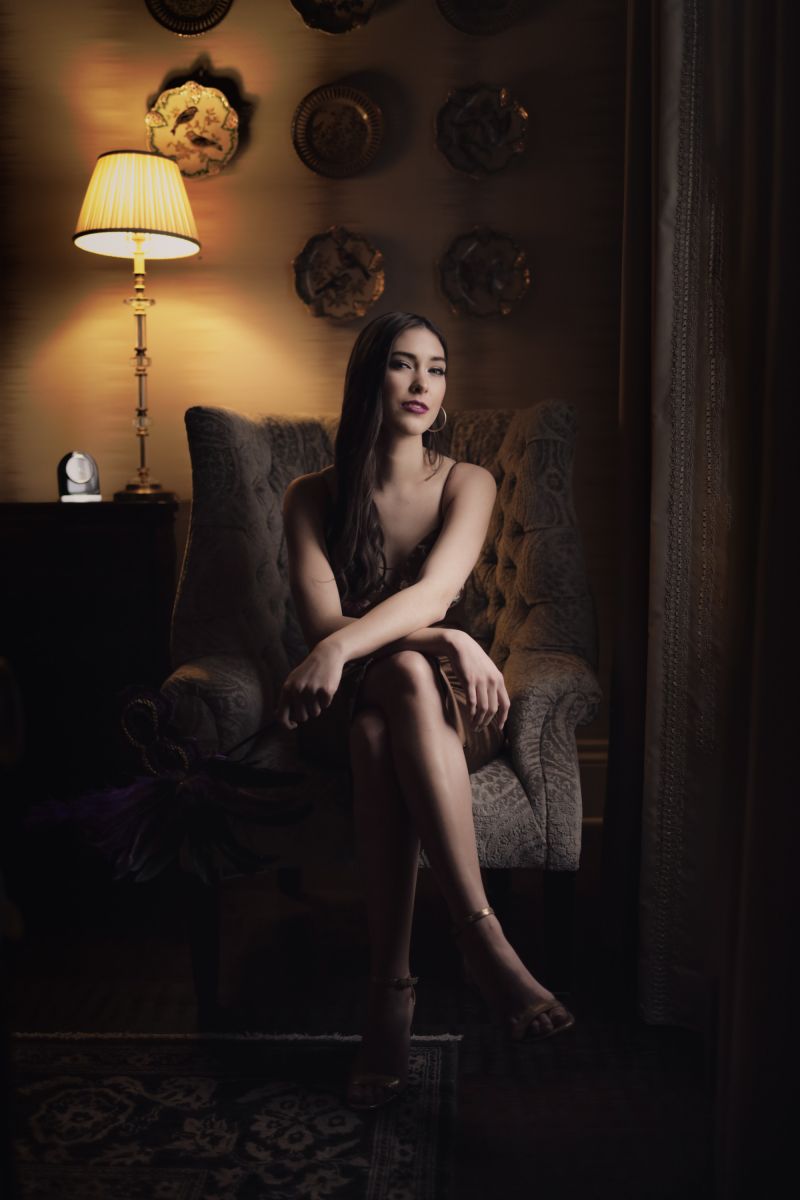 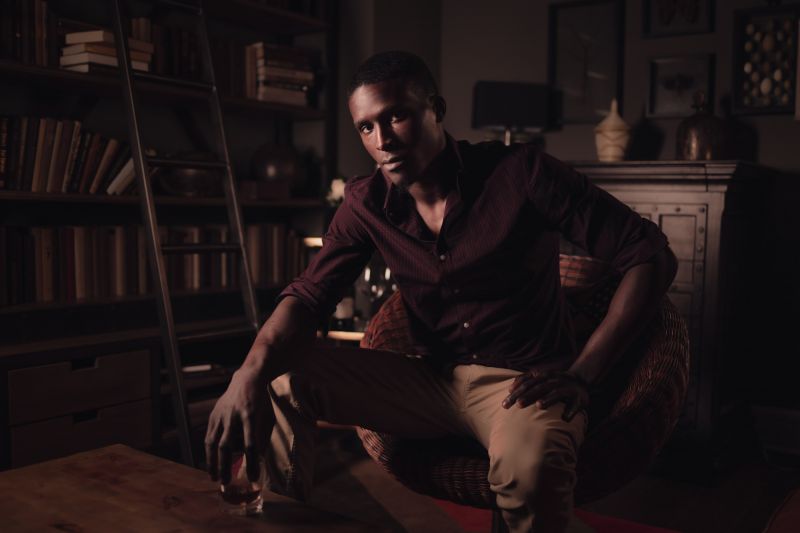 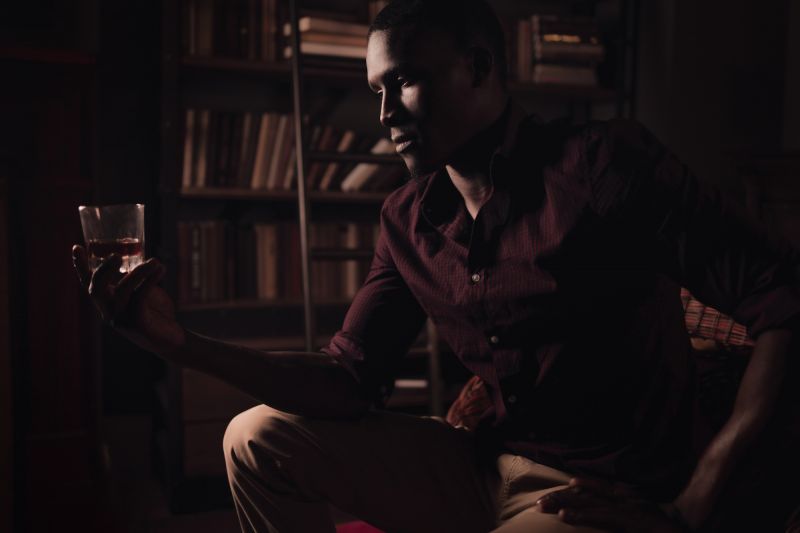 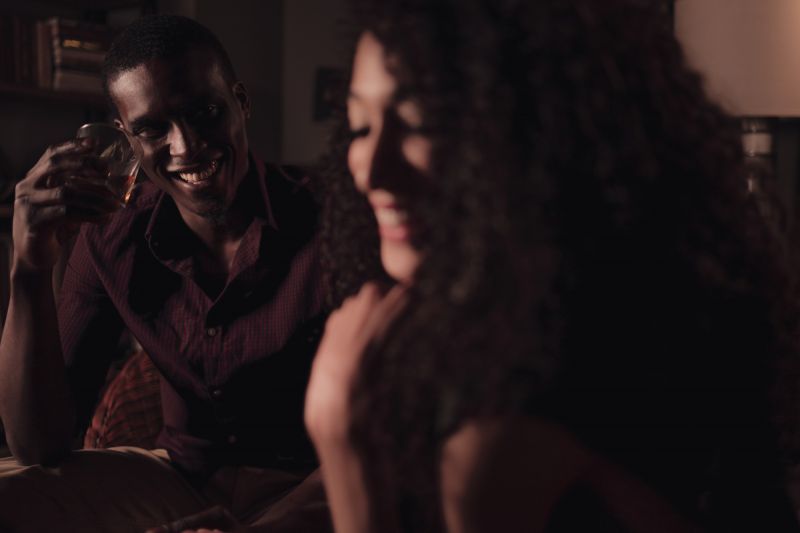 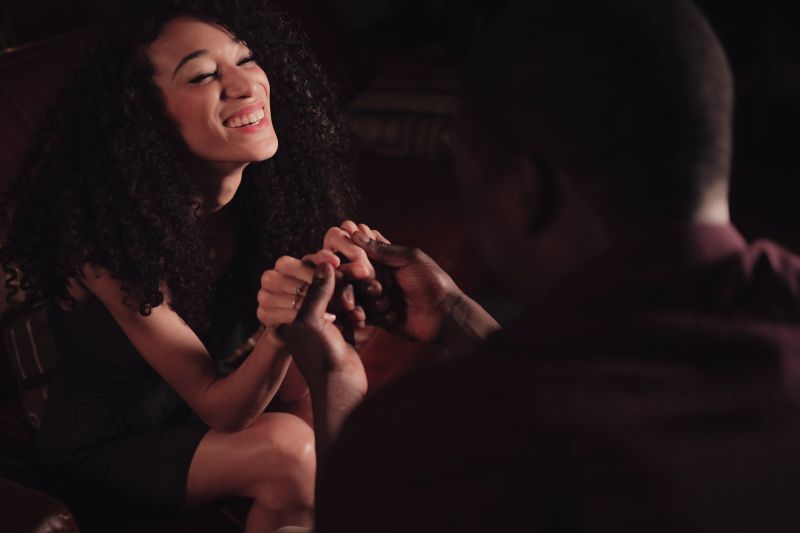 What do you think about this camera? I’d love to hear from you in the comments below.