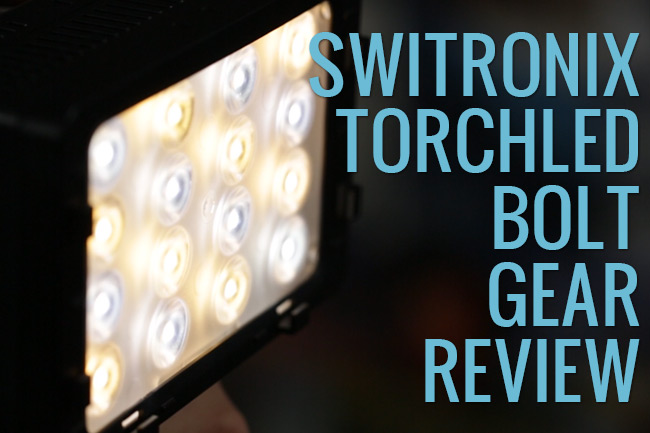 There are quite a few LED light panels on the market, and they are usually too small and underpowered or really large and bright. In this week’s Rapid Gear Review, we are reviewing the TorchLED Bolt by Switronix, an awesome on-camera and off-camera LED light panel that is both portable and powerful. 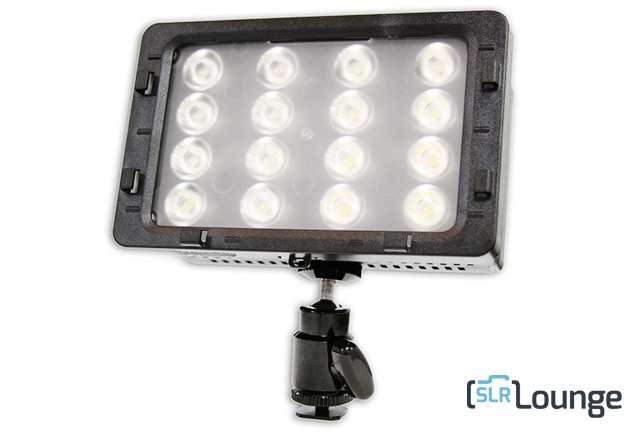 Upon first impression, it is evident that the Switronix TorchLED Bolt is very well constructed. Compared to generic LED panels that we have used in the past, the Bolt features a much stronger construction with tougher and more rigid plastics in the assembly. The Bolt’s controls also feature a very refined feel and action compared to the typical loose and floppy buttons on generic LED panels. 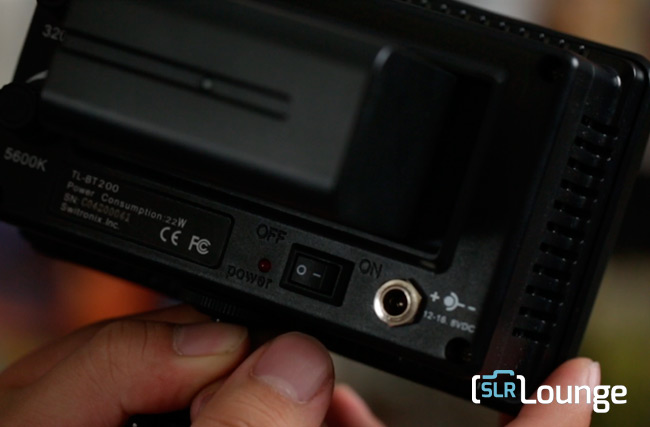 Next thing that is impossible not to notice is the size. Compared to standard generic LED light panels, the Bolt is about twice as thick without the battery. With the battery, it becomes even larger. 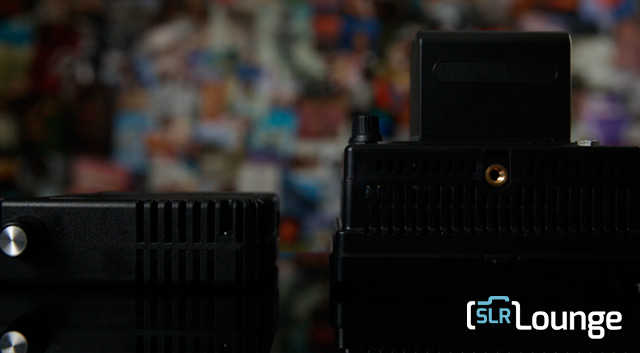 This may be a con for some, but for us we knew exactly why it was this large. POWER!!! The Bolt puts out 200 watts of light output in a relatively small form factor. As you can see from the image below, the Bolt provided more light output than then this generic LED panel we picked up at a local camera store. 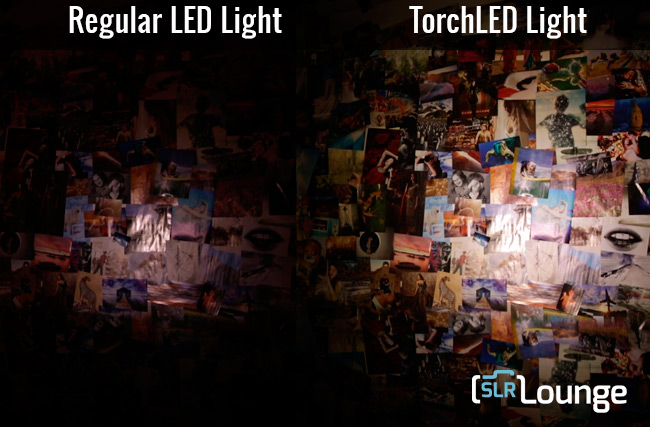 The Bolt is the first camera mountable LED that I have seen that can be used as a daylight fill. The light does have to be quite close to the subject (around 3 feet in distance), but still, it is noticeable in bright daylight!

Another impressive feature on the Bolt is its battery life. While the rechargeable Switronix battery is quite large, it is able to power the Bolt for up to 2 hours straight. 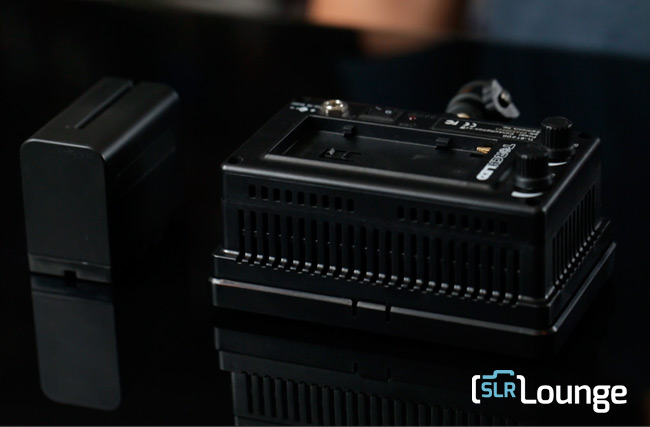 To control the power of the light, we have two power dials on the back of the unit that control two groupings of LED lights. One grouping is at 3200 Kelvin which is your tungsten LED bulbs, while the other is at 5600 Kelvin which is for the daylight LED bulbs. Using just the daylight grouping, you can reach roughly 114 watts or 57% of the Bolt’s maximum light output, while the tungsten grouping will give you the remaining 86 watts or 43% of the full light output.

For maximum 200 watt output, we turn up both groupings to full which gives us an equivalent light temperature of around 4100 Kelvin. 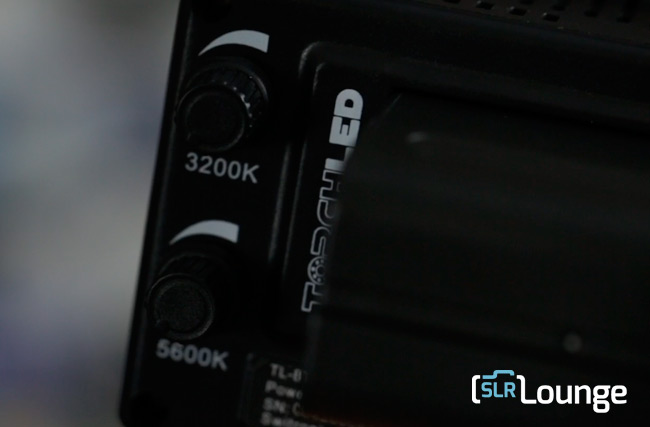 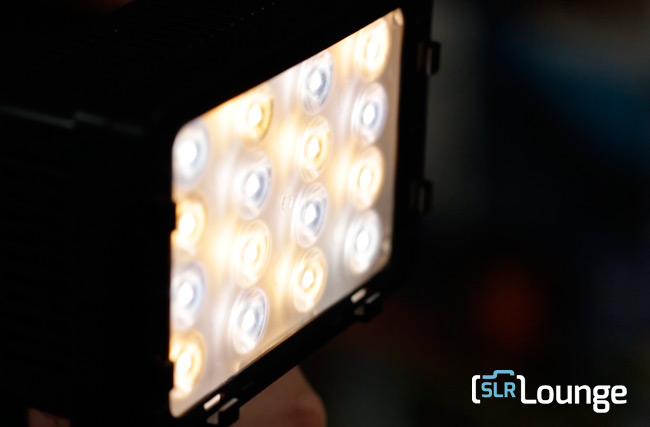 In real world use, the two light groups works well despite the variable light output. While out shooting, we have been able to use both light groupings to adjust the color temperature by very detailed amounts to match our primary light perfectly. The results are incredible.

In addition to these primary features, the front of Bolt has a slot where you can drop in filters and diffusers. It comes standard with a softening diffuser as well.

Finally, the Bolt can be powered by either the battery or external power through its 12-16.8 volt DC input and a PowerTap cable.

Shooting with the Torch LED Bolt

We took the Torch LED onto our equestrian fashion shoot and used it for several different shots. As a hair or rim light, we are able to adjust the Bolts color temperature to give us a very natural and fitting look to our light in any scene as shown in this example. 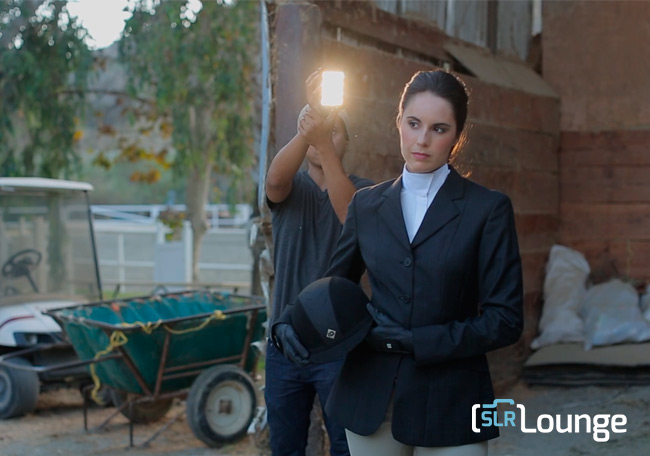 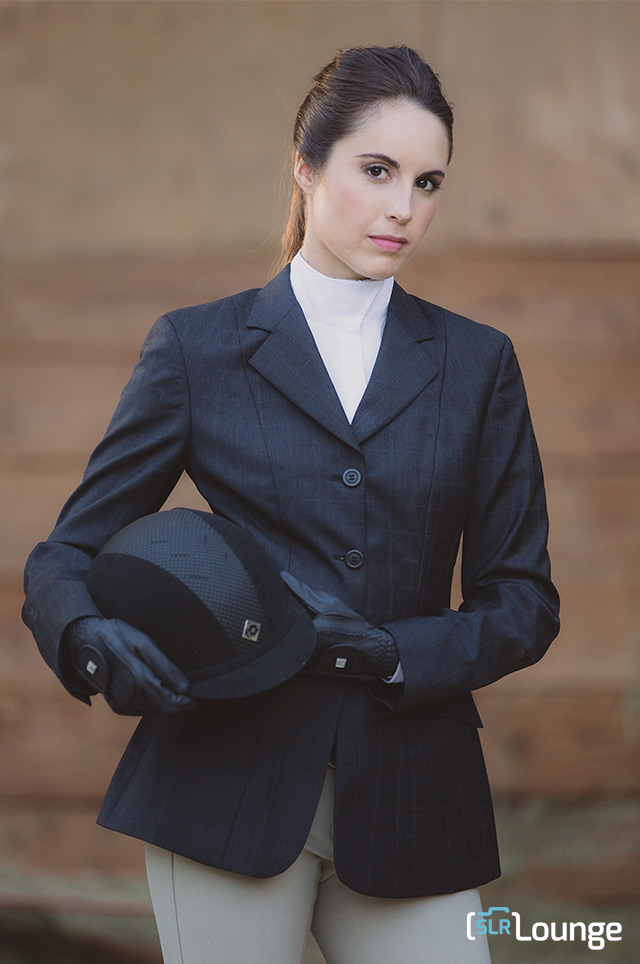 In this next shot, to give us a more dramatic look to the image, we again matched the color balance to our ambient light and used the Bolt as a main light directed straight into our subjects’ faces, giving us a very dynamic look. 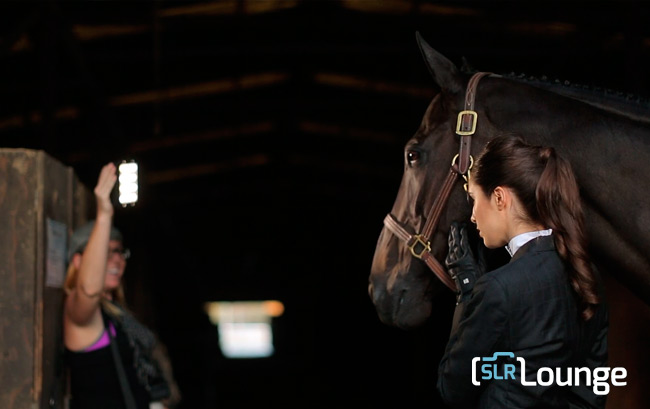 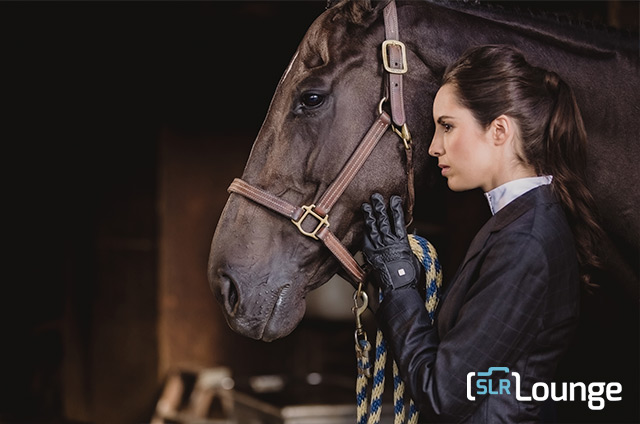 There are really only two cons that I feel are worth mentioning. The first being the unit’s size. I think most professionals will not mind the Bolt’s size, but for on-the-go shooters, the Bolt might be a bit too large and bulky, particularly when mounted to a smaller camera body hand held.

Even on the Canon 5D mark III, the Bolt looks enormous. 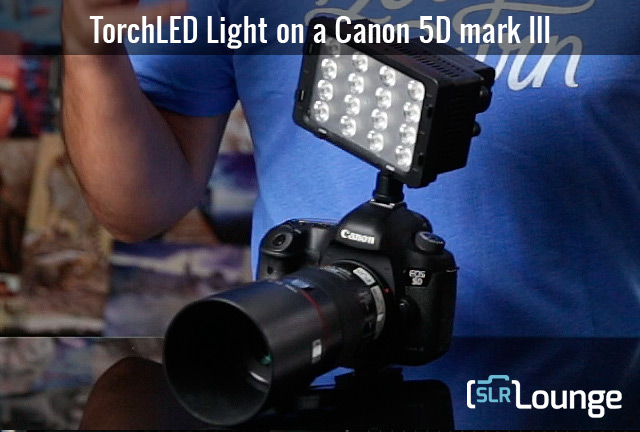 The second con relates to the dual temperature light groupings and their light output. We mentioned earlier that the Bolt has two light groupings, one for tungsten and one for daylight. The tough part about this is that if you only want daylight color temperature, you only end up with 114 watts or 57% of the maximum light output. If you only want to use the tungsten, then you are limited to 86 watts or 43% of the light output. You would have to mix both colors in order to get anywhere close to the maximum 200 watts output.

This may or may not be a big deal depending on your experience with your camera’s custom white balance setting. 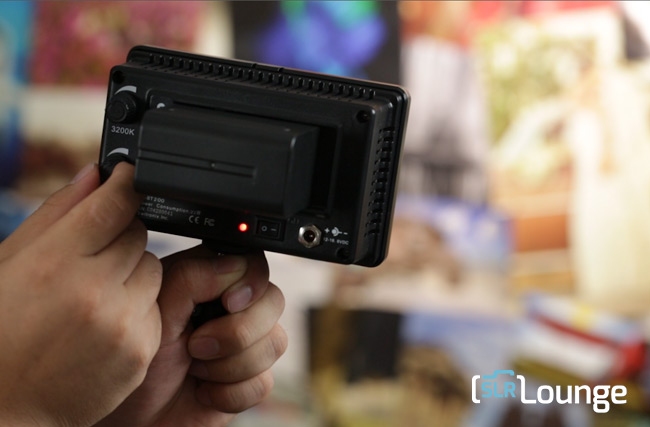 In conclusion, with an online list price of $379 (there are even occasional special offers that bring the price down even more) we give the Switronix TorchLED Bolt 5 out of 5 stars. The Bolt is built very well, it is a very powerful portable LED, has great color output and temperature controls and for the price, you really can’t go wrong.

The Dramatic Wine Gallery Portrait - How We Shot It