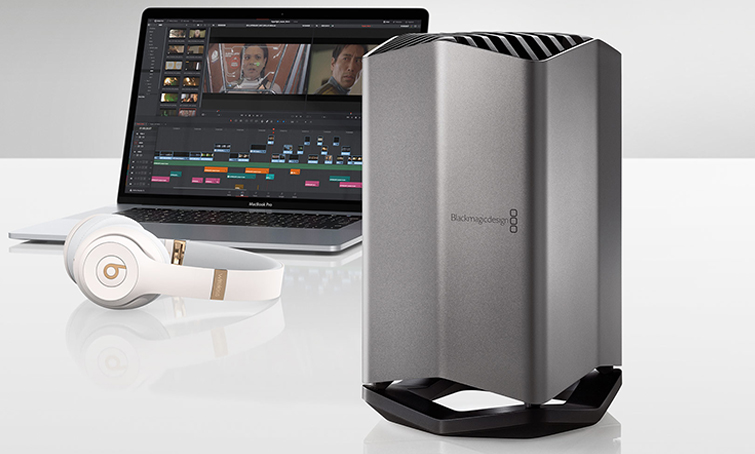 The idea of an external graphics card has long been a dream for those who have used any sort of mobile editing machine or gaming rig. Due to their nature laptop parts, especially graphics cards, are usually non-upgradable. With the introduction of the Thunderbolt 3, it almost seemed like a godsend for those waiting for such a solution.

External GPUs are nothing new with Razer, Alienware, and Sonnet already bringing their own models to the market, but recently Blackmagic Design has decided to throw their proverbial hat in the ring with their Apple Store exclusive Blackmagic eGPU.

The Blackmagic eGPU features an HDMI 2.0 port, four USB 3 ports, and two Thunderbolt 3 ports, capable of running Thunderbolt 3 displays like the 5K LG monitor, which is embossed all over the marketing material. 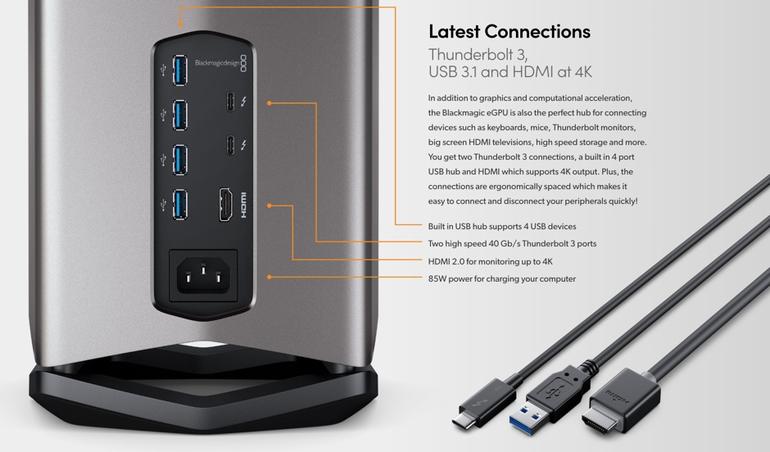 Unlike other eGPU chassis, Blackmagic’s offering doesn’t require you to bring your own card and unlike others still, it is meant to be displayed like some sort of editing monolith on your desk.  The all-in-one, uni-body-like design of the Blackmagic eGPU grants the user quieter and cooler hardware at the tradeoff of a higher cost of $699.

While mostly geared for video editing, Mac-wielding photographers will see a benefit in applications like Photoshop, Lightroom, Capture One and Affinity. The overall increase of system performance depends on the model of MacBook – the 13-inch MacBook Pro 8x boost and 15-inch model a 2.8x increase. 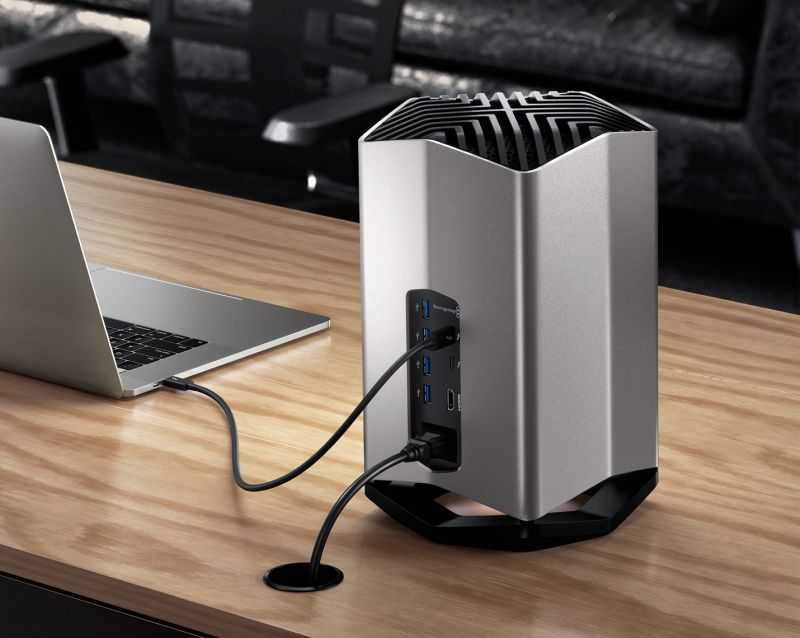