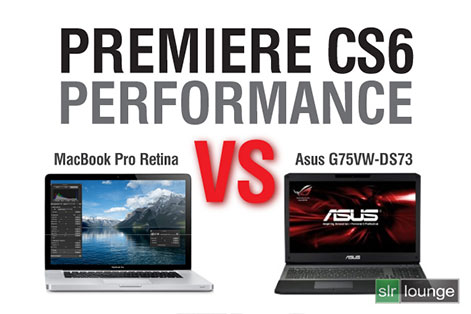 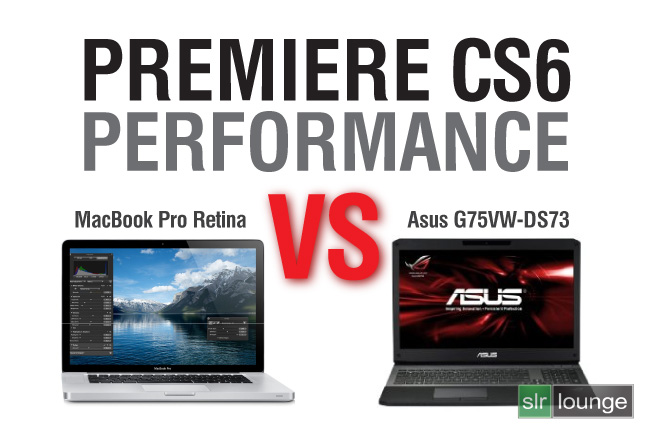 Up to this point, we have tested our ASUS G75VW-DS73

for Lightroom 4 Performance and we also did a little comparison of the differences in display quality and calibration. In this article, we are going to be testing overall real-time video editing and output performance between our two machines within Adobe Premiere CS6

Why would we be testing different machines with different hardware? Well, it’s simple. We run a fairly large studio. Between SLR Lounge and Lin and Jirsa Photography staff, we have 15 total workstations. From still editing to video to simply proofing images. We have several Apple machines in the studio because they are necessary for some of the things we do. However, our workhorse machines are all ASUS PCs. With so many workstations, it is important for us to know value vs performance vs reliability. The ASUS has been one of the best blends of value/performance/reliability between all brands of machines that we have used.

If we know we can purchase a $2k machine that can perform as well as a $4k machine, then that would mean we can supply all 15 workstations for $30k as opposed to $60k. This is a big deal for a small business and that is why we run such comparisons.

Remember, that we use both machines in the studio. Some of us prefer OSX, while others prefer Windows. Sometimes we have to use a particular OS/machine simply for development/software purposes. Either way, it is always nice to know how these machines stack up against each other. Hopefully it proves useful to you as well.

We approach every test from an unbiased point of view as we use a whole variety of equipment within our studios. “Canon or Nikon”, “Apple or PC”; to us, it is all just a means to the end. There is no “one right answer.” This test was performed out of our own interest in seeing the difference between these two machines. Hopefully, you will also find it useful. Here are a couple rebuttals to common “fan boy arguments” that we are anticipating:

Operating System Stability Argument – “Windows 8 users spend forever dealing with crashes and fixing their operating systems.”
Operating System Stability Answer – We have switched 3 of our production machines to Windows 8 and seen no stability issues. While in the past, in general Windows has required more maintenance and been less stable than OSX, we have crashed OSX on plenty of occasions as well. In addition, it seems that Windows 8 is actually quite solid in regards to stability and speed. However, it is fair to say that in the past, in general OSX has required less maintenance than Windows (although the difference has been made quite exaggerated through marketing).

Adobe Premiere CS6 Optimization Argument – “Premiere CS6 is optimized for Windows, hence it runs better on Windows machines than on OSX.”
Adobe Premiere CS6 Optimization Answer – This is difficult to address since Adobe has not and most likely will not come out into the open and say “Our software is optimized for PC.” That would simply be bad for business. This is a speculative argument and since Final Cut cannot be run on Windows, we can’t really test if the same results would be noticeable using Final Cut instead of Premiere. Perhaps one day we will dual boot Windows 8 on the MBP Retina and do a comparison. Regardless, those that do use Premiere still should be interested in the test results.

Apples to Oranges Comparison Argument – “They are not the same machine, hardware, OS, so the comparison isn’t valid.”
Apples to Oranges Comparison Answer – The whole point of this test is to take the top-of-the-line of Apple and ASUS laptops and compare the two. What we are comparing is how much machine we are getting for the cost. We are not testing individual components, but rather each top-of-the-line machine as a whole.

Watch the Entire Video Review Below

On our desktop workstation, we created a Premiere project with one single video duplicated 4 times and fit within a single frame as shown below. The source footage was from a Canon 5D Mark III (1920×1080 24fps IPB). In the bottom-left quadrant is the original video without any effects. The other three videos have various color-grading effects such as RGB Color Curves, 3 Way Color Grading and Brightness/Contrast. 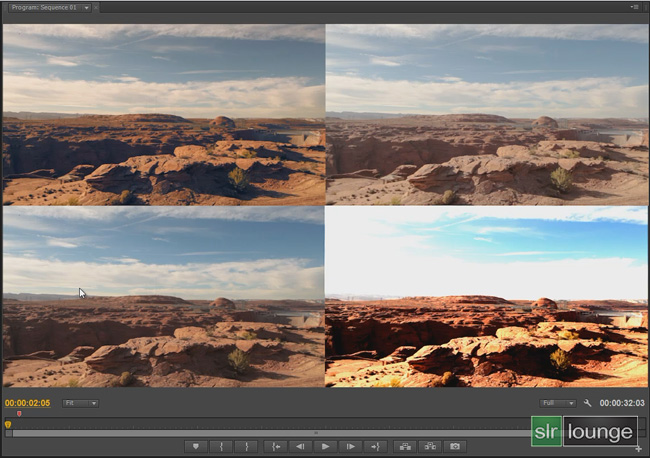 Once the project was saved, we transferred the entire Premiere project and videos to each laptop and ran it using GPU acceleration and without rendering any previews. Both machines do have video cards that are not natively supported by Premiere CS6’s Mercury Playback Engine, so we did have to use a little hack to enable GPU acceleration in Premiere. We will show you how to perform this hack in a later video.

For the second portion of the real-time editing/playback test, we reset the playback scrub to the beginning of the clip on each laptop. Then in real time, we added a Gaussian Blur effect and began to adjust the effect in real time to test its affect on playback performance. 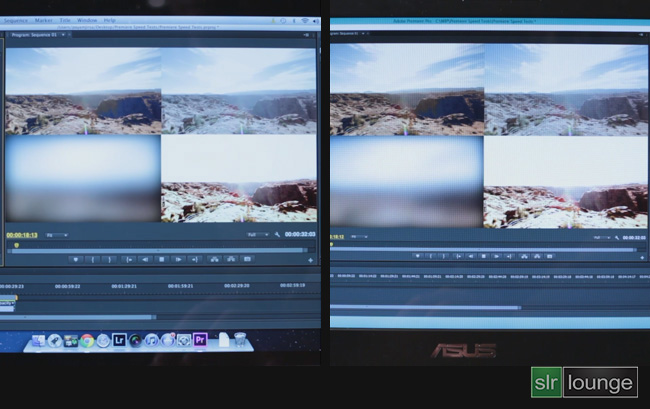 For our final test, we verified that all 4 clips on each laptop had the exact same settings in regards to the effects applied. We then exported the Premiere project into a 1080p video while timing each machine.

What We Were Expecting

Unlike Lightroom 4, Adobe Premiere CS6 is a GPU-intensive software. Given that the ASUS G75 has the superior graphic card with a faster GPU and 3GB of memory compared to MBP Retina’s 1GB of memory, we expect that the G75 would beat out Macbook Pro in regards to real-time effects rendering and final export performance. However, we didn’t expect that the difference in performance would be as dramatic as we found.

As you can see from the video above, the MBP Retina struggled when it came to standard real-time playback with just our 4 videos and their base effects applied. Once we added in the Gaussian Blur and started making real time adjustments, playback began to stutter even further.

In exporting the clip, the results were even more one sided. The ASUS G75 took 42.9 seconds to export the test clip, whereas the MBP Retina took 201.4 seconds or nearly 5 times longer to export the exact same video clip. 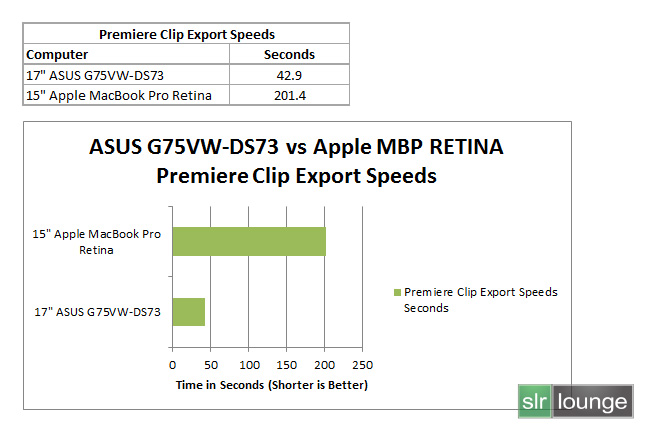 This dramatic difference was not only due to the difference in video cards, but also the fact that the ASUS G75VW-DS73 was running dual 512GB Crucial M4 SSDs in RAID 0 configuration.

by a margin of around 10-15% due to the MBP’s faster CPU. However, in regards to video performance, the ASUS G75VW-DS73 absolutely crushed the Apple MacBook Pro Retina by margins of 400-500%.

There is no doubt that when it comes to maximizing the performance of Adobe Premiere CS6, the ASUS G75VW-DS73

is the clear winner as it has a far more powerful graphic card and read/write capabilities with its RAID 0 configured SSDs. Not bad at all for a machine that costs nearly half the price.

We hope you all enjoyed this article, feel free to leave your feedback and experiences in the comments section below.

Finding the Path to Pro, Part 2: How to Work for Free