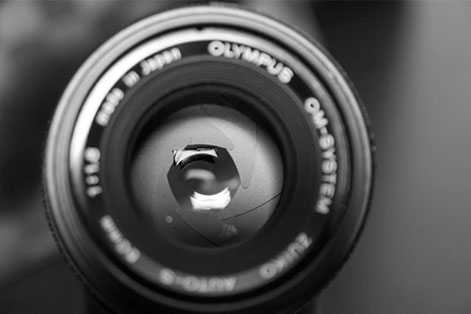 The Basics of Aperture Guide, Pt. 1: How Is Aperture Measured?

Photographers don’t usually get too far into their journeys before stumbling upon the exposure triangle. Each component of the triangle, which includes shutter speed, aperture, and ISO, unlocks new directions in which we can take our pictures. Once we cross the bridge from shooting in automatic mode over to shooting in manual mode, we rarely ever look back. After all, capturing images in manual mode affords us a creative freedom we’d never find if we stayed behind and continued letting the camera make all of our exposure decisions for us. Of the three components that comprise the exposure triangle, we’re going to turn our attention to aperture, the element most responsible for controlling the depth of field in our images. This article will kickstart our basics of aperture guide and answer the questions, how is aperture measured and what is its role in photography?

The Basics of Aperture Guide: How Is Aperture Measured?

The simplest explanation for understanding the basics of aperture is this: aperture refers to the opening inside the lens in which light can shine through. Moreover, a set of overlapping metal blades, called a diaphragm, determines the size of the aperture’s opening. Alongside shutter speed, aperture limits the amount of light that can hit the sensor at any given time. Just think of this opening like the valve handle of a water faucet. The wider you open the faucet, the more water pours out. The wider the aperture opening, the more light pours into the sensor. 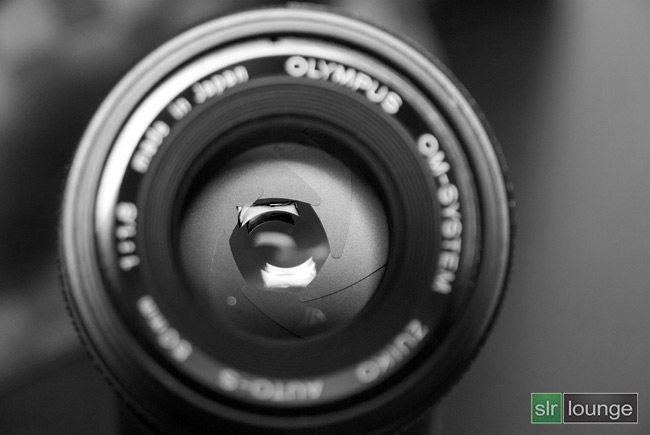 How Is Aperture Measured?

Unlike shutter speed, for instance, which is measured in absolute value of time, an f-stop is relative to the length of the lens and the diameter of the aperture opening itself.

A Pizza Analogy for Understanding F-Stops

The main thing that you have to remember about f-stops is that they represent inverse values. This means that just like a fraction, the larger the number is, the smaller the diameter opening. A way to visualize this is to think of slices of a pizza pie. A quarter (1/4) slice of pie is larger than an eighth (1/8) slice of a pie. So an aperture opening with a lower value like f/4 is a larger than an aperture opening with a higher value like f/8. In other words, a large or open aperture has a low f-stop number, while a small or closed aperture has a high f-stop number. 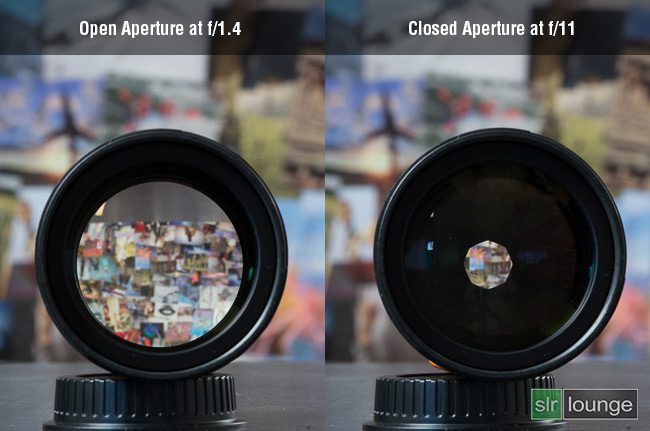 How Is Aperture Measured? Introducing the Factor of √2

What Is a Full Stop of Light?

Doubling or halving the light is called one full stop. So, going from f/4, if you want to cut the light coming in by half or go one full stop down, you multiple f/4 by 1.41, which gets you f/5.6. If you cut that light in half again, you get f/8. So unlike the pizza slices where a 1/8 pizza slice is half the size of a ¼ pizza slice, an f/8 aperture lets in a quarter of the light compared to an f/4 aperture.

So here is a diagram that shows you the list of full f-stops from f/1 to f/22:

How Is Aperture Measured? Getting to Know Other Stops of Light

The Basics of Aperture: Lens Speed

You may have noticed that lenses are typically labeled with an f-stop number. This is what is known as the lens speed or the maximum aperture available for that lens.

Because they can gather light quickly, prime lenses with large apertures (f/1.8 or wider) are considered “fast lenses.” On the other hand, a “slow lens” might have a maximum aperture of f/4. Some lenses, like the Voigtlander Nokton 25mm or the Leica Noctilux 50mm have a maximum aperture of f/0.95! Now that is blazing fast! Of course, you pay the high price for these lenses, with the Leica Noctilux retailing for just under $13,000.

Zoom lenses come in two varieties, variable maximum aperture and constant (or “fixed”) maximum aperture. Typically, it is the high-end zoom lenses like the Canon EF 24-70mm f/2.8L USM Standard Zoom Lens that have a constant max aperture, while the cheaper zoom lenses like the kit lens that comes with a DSLR like Canon EF-S 18-55mm f/3.5-5.6 IS II SLR Lens have a variable max aperture. The reason that the higher end lens with the constant max aperture is far more expensive is because the lens manufacturer has to figure out how to maintain the same max aperture without actually having to increase the diaphragm diameter.

The Basics of Aperture and Balancing Exposure

So what is the point of all these f-stops in regards to answering the question of how is aperture measured? One of the reasons that you want adjustable aperture is to control exposure. When one or more factors of the exposure triangle increases or decreases one way, the other factors must swing the other way in order to maintain the same exposure.

Using Aperture to Correct Under and Overexposure

For an easy way to remember how to balance exposure, remember the water faucet analogy. If you have a lot of water pouring out (large aperture), you only need a short amount of time to fill a cup (short shutter speed). If you allow less water to pour out (small aperture), it will take you longer to fill the same cup (long shutter speed).

Let’s recap the basics of aperture. Aperture refers to the lens opening that works with shutter speed to control how much light can hit the sensor. An adjustable set of overlapping metal blades, called the diaphragm, determines the size of this opening. The bigger the opening, the more light comes through at any given time. We use “f-stops” to measure aperture, which notes the ratio between the focal length of the lens and the actual diameter diaphragm opening. To double or half the amount of light coming in, we multiply or divide by a factor of √2. Finally, we rate lenses based on their maximum aperture or lens speed. Fast lenses can open up to f/1.4 or faster to let a lot more light in.

In an upcoming article, we’ll go more “in-depth” at how aperture influences depth of field and focus. Until next time!