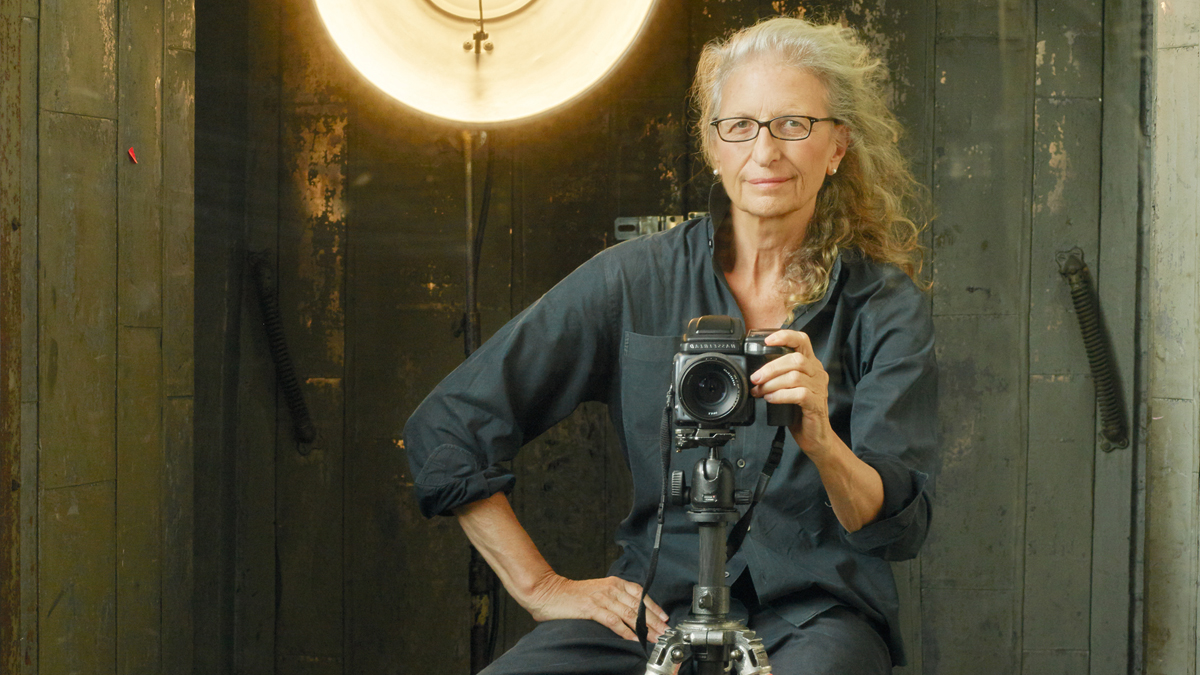 Annie Leibovitz is one of the most influential photographers of our time and the first woman to be named chief photographer at Rolling Stone. Her subjects include iconic musicians like John Lennon, legendary athletes like Evander Holyfield, and Oscar-winning actors like Sean Connery.

In her first and only online photography class, “Annie Leibovitz Teaches Photography” on MasterClass.com, photographers are given a unique opportunity to learn directly from her, in her own words. We watched the entire class, took detailed notes, and are now presenting you with 5 key concepts that photographers can (and should) apply directly to their own photographic journey.

Thank you to MasterClass for sponsoring this article and making this content possible.

After photographing countless subjects over several decades, Leibovitz found that no single photograph can truly “capture” a person. Instead, Leibovitz believes a subject’s story is best told through a series of images. To illustrate her point, Leibovitz refers to a series of showgirls she photographed in Las Vegas.

After noticing the dramatic transformation the girls underwent while getting ready to go onstage, Leibovitz asked the dancers if she could photograph them before and after they donned their dance costumes. “As the women came in,” Leibovitz states, “I asked them if I could photograph them as themselves before they got ready.” She continues, “It was revelatory. This was the first time it was quite clear to me you needed two pictures to tell the story.” The juxtaposition of the images when placed side by side quickly dissolved Leibovitz’s quest for trying to capture a single, decisive moment in her portrait work.

2. Conceptual Portraits Are Best When Built Around the Subject

Part of Leibovitz’s legacy as the chief photographer for Rolling Stone magazine involves her implementation of conceptual cover images. According to Leibovitz, the biggest breakthroughs for the shift to conceptual Rolling Stone cover images grew from other assignments for Life Magazine. While photographing a series of poets, for instance, she tried to “emulate the poetry” of each poet into the portraits. The key to executing conceptual portraits, according to Leibovitz, lies in research.

When building a concept around her subject, Leibovitz looks at previously published images to see “what they’ve done, what they’re willing to do, what hasn’t been done.” This helps guide the session and keeps the images connected to whomever she’s photographing. Leibovitz notes, “All the work that I do emulates from [the subject].”

Because most clients do not have a catalog of published portraits online (outside of those they share on Facebook or Instagram), photographers generally gain a stronger understanding of their client’s background and interests during a talkthrough. However, most formal portrait sessions limit themselves conceptually and focus instead on dressing up, striking a standard pose, and smiling at the camera under flat lighting. On-location sessions take a step closer toward conceptual shoots with a mock-up of a family day at the park or the beach, but still, the action in the photos seldom relates to the actual interests of the subjects.

Photographers love to talk about gear. Visit any photography-based forum or website and you’ll find this to be true. While gear certainly has its place, Leibovitz argues that it’s more important to understand lighting. Although she occasionally uses off-camera lighting, Leibovitz has used natural light for years and she made a point to study its characteristics. Even today, Leibovitz lets ambient light determine the lighting setup for her portrait sessions. When she introduces other light sources, she tries to keep the look and feel of the natural light.

Leibovitz says she prefers to take minimal gear out with her, including a camera and a small battery-powered light source, and occasionally some bounce boards or an umbrella. She finds that more gear actually often proves more limiting as the focus shifts to the gear rather than the shoot.

Leibovitz believes it’s crucial for photographers to learn to look back at their work. Surprisingly, many photographers avoid revisiting their work and instead rely solely on the work of others to inform their direction. Leibovitz feels this has become more prevalent since the advent of social media platforms like Instagram.

In the workshop, Leibovitz revisits work from the “early years,” circa 1970-1983. While looking through the collection, she found that she envied the wild abandonment in the style of her younger self, and she ultimately tried to borrow from that in her formal portrait work going forward. Leibovitz states, “I definitely used that experience. That’s why it’s important to stop and look back. You’ll be surprised. There’ll be something there you didn’t expect to see.”

While some may fail to see how telling others to learn on their own is helpful, the very nature of this course (and of MasterClass itself) reminds us why this concept is worth mentioning. Each of the instructors who teach these classes, including Leibovitz, learned by doing.

To better illustrate this concept, Leibovitz shares her experience transitioning from studying art at the San Francisco Art Institute to shooting for Rolling Stone magazine. Once intent on teaching art (painting in particular), Leibovitz’s interests turned toward photography after a respected professor told her, “You can not be a teacher of art unless you are an artist.”

Leibovitz found photography to be “a wonderful medium for a young person to just go out and discover themselves and the world around them.” She adds, “It gives them permission to go out and look and have a purpose.” After photographing an anti-war demonstration in front of city hall in San Francisco, Leibovitz submitted the photos to Rolling Stone magazine, who were impressed with her images and quick turnaround time (she had developed the film and submitted the images within one day of the event), and they soon hired her to shoot on assignment.

While there are numerous classes available online for gaining technical knowledge, Leibovitz’s appeal lies in her unique experience, and that is what she brings to her MasterClass. Over the decades, Leibovitz has built an amazing body of work that has appeared in multiple magazines, books, and museums. The points covered in article above offer insight into Leibovitz’s approach to creating timeless photos and they provide a starting point for learning to elevate one’s photography on a conceptual level. Here’s a quick recap of the concepts we discussed:

Which of these concepts do you already apply to your work? Are there any that you disagree with? If so, why? Let us know in the comments below!

Traveling with Film Anytime Soon? Don’t Let This Happen to You!