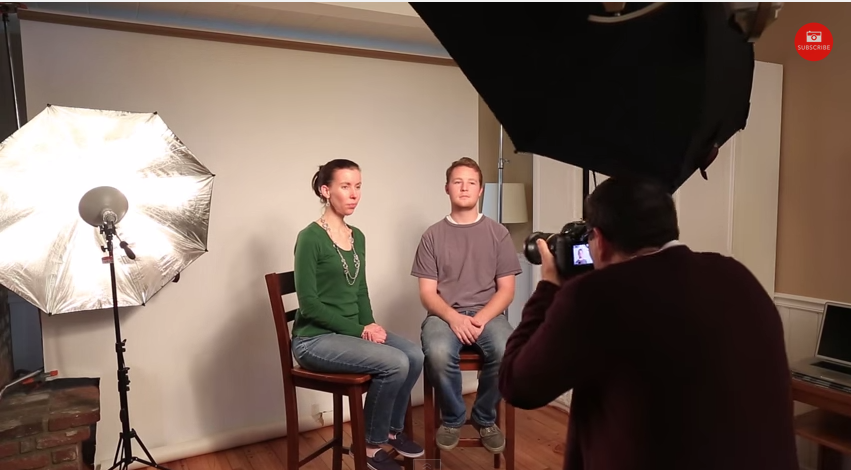 5 Affordable & Simple Lighting Setups For Under $300

Studio lighting – those two words can send fear into the hearts of any new photographer. Images of looming light stands, PocketWizards, umbrellas, softboxes, cords, backdrops, and dollar signs all bombard at once.

Studio lighting actually isn’t difficult and it doesn’t have to be very expensive. Yes, there are complicated and very, very expensive setups out there and they work beautifully, but as the video below will show you, you can start a nice lighting kit with 5 simple lighting setups for around $300. The video, 5 Lighting Setups for Your Home or Studio Office, was put together by Jay P. Morgan of The Slanted Lens, whom we’ve featured numerous times before. Jay demonstrates the following setups, done with a white sheet backdrop in his dining room:

Check out the video to get details (I didn’t want to give too much away)! By the way, the lighting kit that Jay recommends in the video is the First Studio Kit from Photoflex. Check out the original post with the images from this demonstration.

If you’re new and a little scared of lighting (and honestly, who isn’t at one point in their photography journey?), you’re in luck. Next week, we are releasing our highly anticipated DVD, Lighting 101. Lighting 101 deals mainly with on camera flash and all the basics you’ll need to conquer the most important element in photography – light! Then stay tuned for Lighting 201, which will be released this Spring and covers off camera flash and more advanced lighting tips. If you can’t wait, Pye has been releasing teasers of 101 and 201 slides in the SLR Lounge Facebook Community. Join now and don’t miss out!