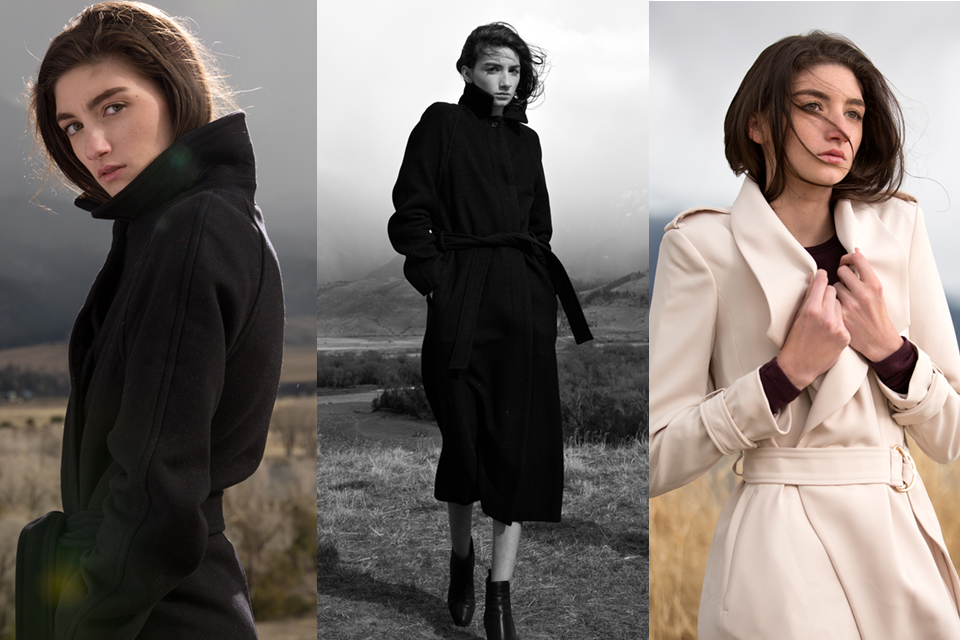 Using Artificial Light To Mimic The Sun | How I Shot It

Strobes are typically thought of as accessories to only be used indoors, especially in mountainous states that are known for their bi-polar weather patterns. One minute it is a gloriously warm 75 degrees and within minutes fierce winds can pick up and blow in violent looking clouds that are ready to burst while the mercury plummets by about thirty degrees.

In such instances, portable strobes are rich in functionality; they can act as a fill light for backlit images as well as be used to mimic the sun and play up the drama. The latter is often a lot more demanding and the final images are ultimately worth the risk.

The light play during the ferocity of these storms is breathtaking. The sun is often enveloped with a soft layer of clouds and as they break for merely a second while speeding by, a strong beam of light shines down prior to being engulfed by the storm. The lands are then blanketed in a soft glow after the most violent of the storm has passed and are then replaced by indigo skies. 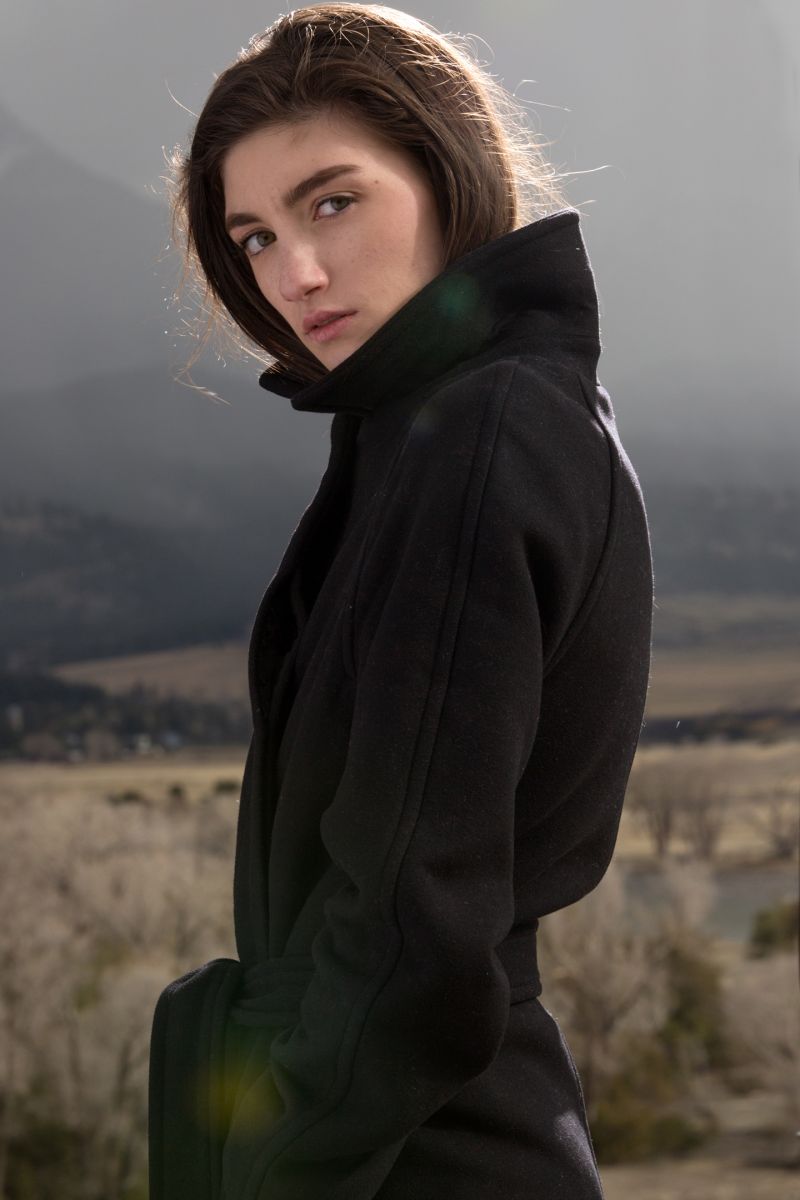 Located just outside of Livingston, MT exists a land by the name of Paradise Valley. It is so picturesque that movie stars galore are flocking to the land and John Mayer even titled one of his albums after the place. Montana is notorious for having all 4 seasons within a given hour all throughout the day.

Banking on this, the photoshoot was scheduled in the Valley with the idea of using a Broncolor Siros L to act as the sun and emulate the final traces of light just before the storm rolls in. The unpredictability of this shoot required versatile wardrobe options that would accommodate any of the seasonal offerings and a team that was willing to brave the conditions and get the shot. 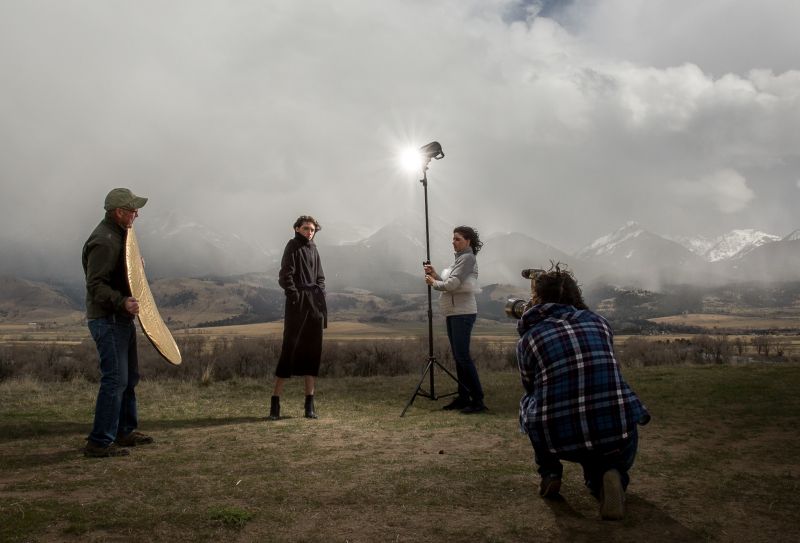 Mother Nature was in full force with much more adverse conditions than expected and therefore hiking down by the river was out of the question. Storms were pummeling through from the west about every half hour and the sun was nowhere to be seen, with the exception of the soft glow after nature’s fury.

We set up with the model’s back to the storm and chose a minimal look that would photograph well in the wind. The Broncolor Siros L was placed approximately a foot in front of and several feet to the left of the model angled down at an approximate 45 degree angle without a lighting modifier.

The bare bulb, especially at this angle, produces a harsh light with long shadows that work well in this type of setting. A reflector was used in an effort to not lose the clothing details to a sea of black and bounce a little light back into the shadow details. The overall scene looked like the last bit of sunlight before it is engulfed by the impeding storm.

The light produced after these storms is usually so subtle, similar to the glow after last year’s stellar eclipse. To emulate the delicate glow we reversed the set to capture a slightly different terrain with the exact same lighting setup. The Broncolor Siros L was then paired with the Beautybox as well as the diffusion panel to provide a very soft and subtle glow that makes these storms so encompassing to witness.

[REWIND: How I Shot It | Balancing Natural And Artificial Light For 3 Different Looks]

It is a lot of fun observing nature and using a strobe to act as the various lighting scenarios that occur throughout the day. The unpredictability of working in potentially inclement conditions such as this call for a team of at least two additional people, not including the model. Here are a few tips to help things go smoothly.

The goal during this FREE week of events is simple: to help you better your lighting skills.