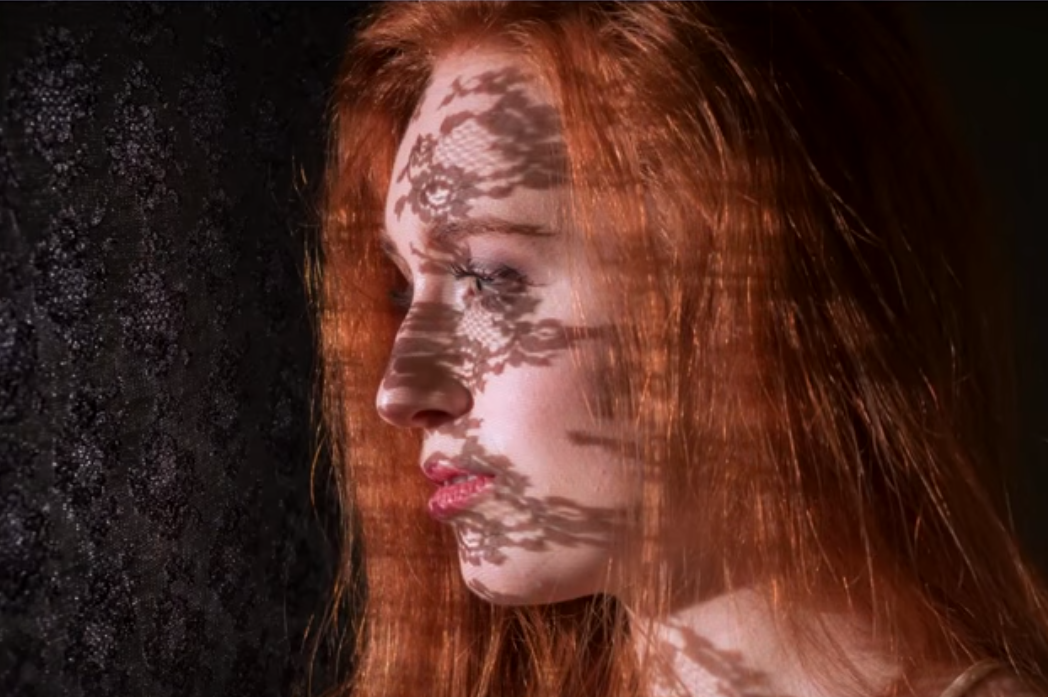 A gobo (or “go between”) is basically anything that goes between your light and your subject. It can be anything from a standard reflector to block direct light from hitting your subject to a prism to get creative effects in your images.

Recently, I was in a group of thirty other photographers all shooting the same set-ups. I struggled to find an angle, a pose, anything to differentiate my image from the 29 others that would be produced. I was not feeling it until I spotted a hanging chandelier in the corner of the room. As I made my way around the rest of the photographers, I carefully unhooked one of the chandelier crystals from the ceiling and used it as a gobo to create this image:

The prism method isn’t a new one. It’s a technique that photographer Sam Hurd originated (I was told), and Pye has shared before in this article. But my mission was accomplished. My image stood out among the rest. It was so simple and didn’t require any additional effort, except maybe the balancing act of holding my camera one-handed while holding the crystal in front of the lens with my other hand.

We all know that lighting is the most important element in an image and how light falls and the shadows it creates will make images interesting. In our Lighting 201 workshop, Pye has an entire section on using grids and gobos to cut light and create shadows (If you haven’t watched Lighting 201 yet, it’s part of our Flash Photography Training System!) He also expanded on the topic of shadow photography in general in a guest post for Adorama, citing gobos as an excellent source for creating interesting shadows. The best part is, as illustrated in my example above, you don’t have to invest a ton of money to use a gobo to great effect. In fact, you might be surprised to find you’ve had potential gobos around you all the time. The next time you are on a shoot, look around and see of there are any gobos you can shoot through to make creative light patterns.

In the following AdoramaTV video below, Gavin Hoey demonstrates how he uses three different gobos in a studio setting. The first is a hole-y utensil container; the second, a piece of black lace and finally a piece of sackcloth. Check it out in the 9-minute video below:

Nissin Announcements For Sony & Fuji, and What To Expect From Nikon [Daily Roundup]