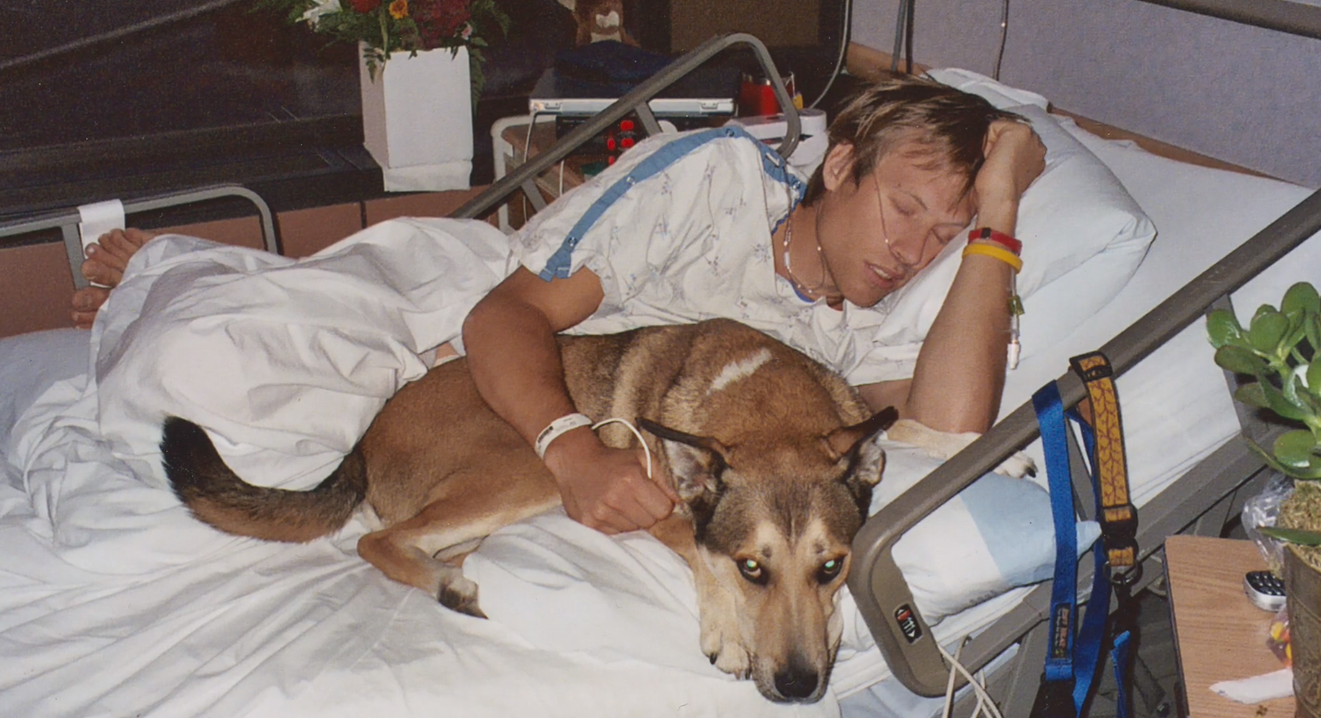 You’ve likely seen surf photographer Ben Moon’s work. It’s pretty much everywhere. His client list reads like a magazine stand at Barnes and Noble. From publications such as National Geographic, GQ and Playboy to advertisements for Patagonia, Sony Records, Clif Bar and Adidas, Ben’s career has been impressive and enviable. It’s no wonder seeing his amazing images, but Ben’s latest project, a very personal tribute to his dog is (in my opinion) some of his best work and it’s been making the viral rounds on the Internet this week.

It began popping up in my Facebook newsfeed yesterday, a picture of a man in a hospital bed, a dog curled up against him, accompanied by a click bait worthy tagline. Now, usually I click through pretty much any video where I see a dog – you dog lovers would probably understand – but it was a busy day, and I had things to do. So finally, this morning, as I laid in my warm bed, trying to savor the last few minutes before my own dogs would bug me to feed them, and after seeing it shared all over my facebook feed, I took the bait.

Titled, “Denali,” the almost 8-minute video is a beautiful tribute told from the point of view of Ben’s 14-year-old dog. Ben adopted Denali from a local shelter with his then girlfriend. When that relationship ended, Ben and Denali became inseparable, and together living the life of a nomad surf photographer in the Pacific Northwest. In 2004, when Ben battled Stage 3 cancer, Denali never left his side. When Ben recovered, Denali and Ben continued to travel, and Denali became a favorite subject of Ben’s camera. Ten years later, Denali himself was diagnosed with cancer, which with his age could not be treated. The following video is of Denali’s last days, and it is as beautiful as it is heart wretching. You’ll want to grab a box of tissues…