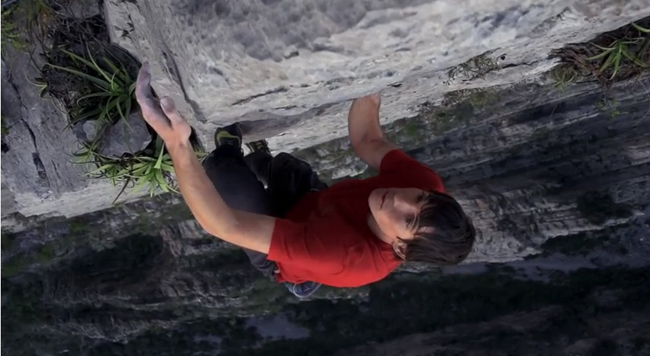 I’ve never been rock climbing, but I do know that there is certain equipment you need to succeed. Like a rope. 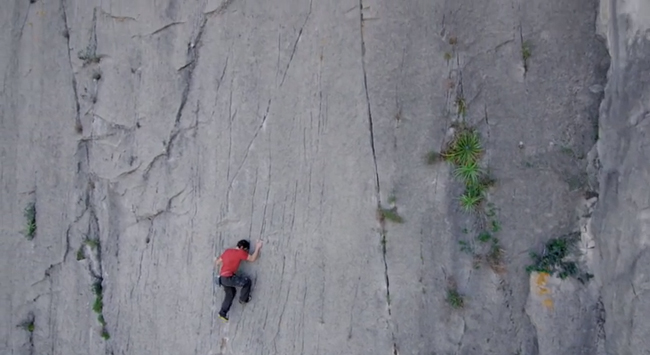 For daredevil climber Alex Honnold, a rope isn’t necessary or welcome. Using his bare hands and a rock climbing term called, “free soloing,” Alex made the terrifying 2,500-foot climb up a limestone wall known as El Sendero Luminoso – rated one of the world’s most difficult, sans rope. But he brought his friend, photographer Cedar Wright along for the ride. Armed with a RED EPIC mounted on a custom octocopter, Wright got every dizzying angle of his friend’s climb for North Face.

It’s just kind of weird helping your friend do something that you know could potentially lead to his death. 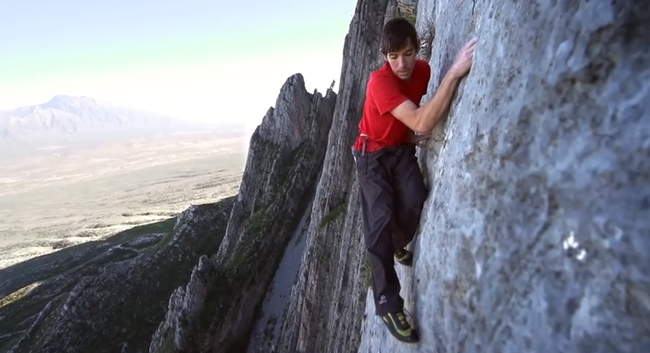 I held my breath for most of this video, evening knowing the outcome (SPOILER ALERT – if he didn’t make it, it probably would’ve been on the news). If you fear heights, you probably shouldn’t watch the following video:

The climb took about 3 hours and is rated at 5.12 on the Yosemite Decimal System, “smooth as glass and vertical.” Honnold, who is hailed as the “best climber of his generation,” free soloed Yosemite’s Half Dome at the age of 23 in 2 hours and 50 minutes – a climb that usually takes up to two days.

The RED EPIC gives us an amazing vantage point with dizzying views as we hold our breaths watching Honnold ascend the rock face. He makes it look easy…and apparently, to him, it was.

Once I started up, I was like this is awesome. I didn’t blow a single foot – like a ballerina. 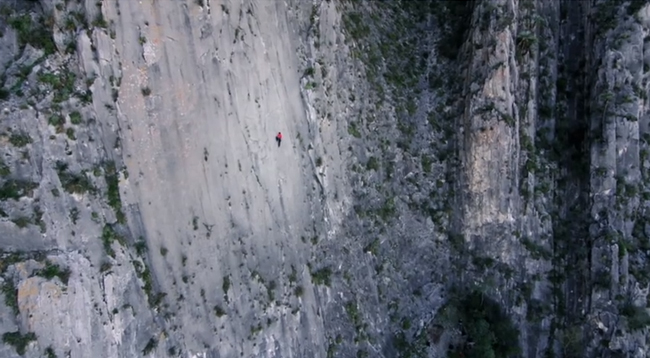