SLR Lounge > Inspiration > Posting a Photo, Video Online Without Consent is Considered a Crime in UAE 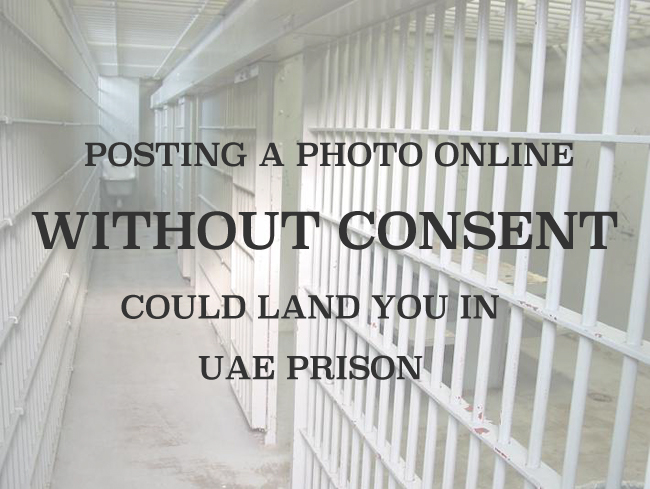 Posting a Photo, Video Online Without Consent is Considered a Crime in UAE

It’s probably happened to you before. You wake up one morning after a night out, groggily get on your Facebook account and see a collection of tagged (embarrassing) photos of yourself posted by your traitorous friend who missed the “What happens in Vegas..” memo. Before you can untag and send an evil message off to your former traitor friend, your mother has messaged you asking you why you had a lampshade over your head on top of a bar.

Well, if you lived in UAE (United Arab Emirates), posting a photo or video of others on a social media network or any “informational network” (Facebook, Twitter, Youtube, blog) without their permission is a crime and is punishable by fine or jail time. You could be fined up to Dh500,000 or about $140,000 or face up to 6 months in jail if convicted for  infringing on someone else’s privacy by posting an image without their consent.

[Rewind: IKEA In Hot Water for Photoshopping Women Out of its Catalog in Saudi Arabia]

Earlier this summer, a man was arrested for posting a Youtube video of an Emirati beating a South Asian motorist after a traffic accident. The Emirati faces fines of up to AED10,000 and up to a year in prison for assault, while the man who filmed the incident could face up to double the fines and prison time if convicted of filming without permission.

I guess that means if you’re in a UAE, you should stick to selfies.