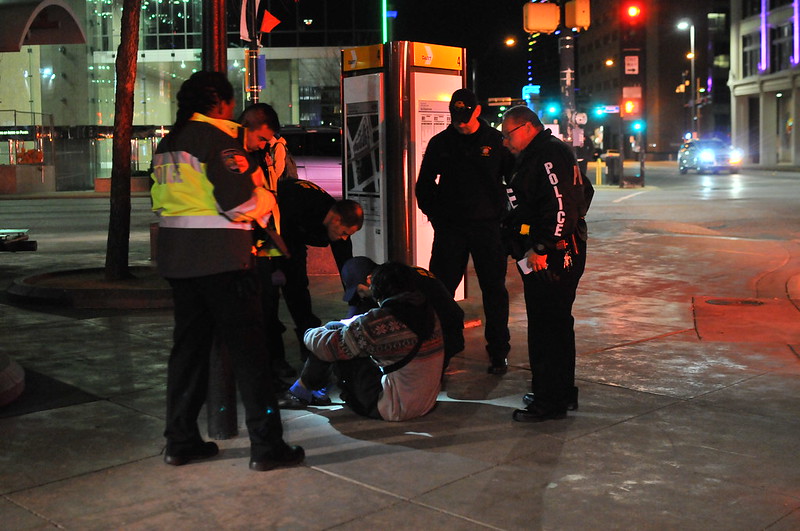 Now, more than three years later, Adelman is finally receiving a long-awaited settlement on his case of $345,000 to be paid within the next ten days. This is a big win for photographers who advocate for the right to photograph in public places, regardless of law enforcement in the area.

Avi Adelman has been a freelance photographer since the 1970s. He holds a degree in photojournalism as well as two inactive government security clearances. Needless to say, Adelman is a professional photojournalist by some of the highest standards.

So when he was arrested on February 9th, 2016 for essentially doing his job, he was understandably frustrated and felt he’d been wronged.

“I was arrested — and spent a day in jail — on a bogus ‘throw-down’ charge of criminal trespass,” Adelman said in a recent press release. The reason he was arrested? He says it was “to stop me from taking photographs of paramedics treating a patient in public view on public property, which is a lawful activity and not a HIPAA violation.”

See, on the night of Adelman’s arrest, he was told it was for criminal trespass—not having a transit pass which is only a Class C Misdemeanor. The arresting officer, Stephanie Branch had ordered Adelman to stop taking photographs of the scene (which is an illegal request) citing a misapplied HIPAA violation. On his failure to comply, Adelman was arrested and held at the Dallas County Jail for 24 hours before being released on bail.

One week later, Adelman’s charges were dismissed, with the DART Chief of Police ordering an internal affairs investigation into Adelman’s arrest. In short, “Officer Branch had no probable cause to arrest Adelman for criminal trespass, falsely claimed the paramedics ordered her to remove Adelman, and presented 22 additional false or misleading statements to investigators,” according to the press release.

Branch’s consequence for these unlawful actions: suspension for three days…

Adelman’s Fight for Photojournalists Has Only Just Begun

After a long series of court battles, Adelman’s horse has finally come in, but his fight has only just begun.

“I will work with, and support, First Amendment advocacy groups to make sure arrests like this never happen again,” Adelman says. “And to defend the photographer vigorously when it does happen.

“I am donating $2,500 to the National Press Photographers Association’s legal advocacy efforts, including the ‘unlawful assault on visual journalists and cases that affect the ability to record events and issues of public interest.’”

Adelman is a member of the National Press Photographers Association (NPPA) and he will continue to “strongly urge photojournalists — students, educators, self-employed or working for media organizations and institutions — to join NPPA today.”

Adelman will also be donating $2,500 to the Freedom of Information Foundation of Texas, an advocacy group based in Austin, TX that supports efforts to protect freedom of speech and the press in Texas.

You can find more information about Adelman’s story and case HERE and you can check out Adelman’s photography and portfolio HERE.

And to be frank, Adelman isn’t against police in the slightest. In fact, he says, “Ninety percent of the officers I encounter at police scenes just ignore the camera or cell phones. Five percent are asking, ‘Can you Photoshop my gut to a better size?’ The last five percent are just pure ——-, and sadly, I keep running into those guys.”

Be sure to check out Adelman’s website and let us know what you think in the comments below!

Watch How The Sigma fp, The World's Smallest Full-Frame Mirrorless Camera Is Made