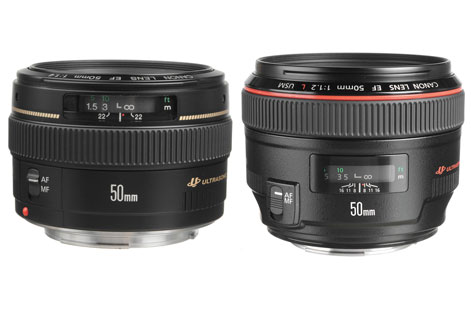 Phase Detect AF: How Accurate is it Really?

Roger Cicala from LensRentals.com’s Blog recently came out with a two part article testing the accuracy of Phase Detect AF.

The first article, Autofocus Reality Part 1: Center-Point, Single-Shot Accuracy, talks about how Phase Detect AF is not as accurate as Contrast Detect AF. The latter is shown to be more accurate because contrast-detect AF focuses right on the sensor itself. Surprisingly, with a Canon 50mm f/1.4 lens mounted to a 5D Mk II body, only 60% of the phase-detect AF was in focused when compared to contrast-detect Live View AF and Live View manual focusing.

What’s even more surprising is when Roger use the newer Canon 50mm f/1.2 L USM lens on the same body, every single shot using the phase-detect AF was misfocused. There is clearly some backfocusing happening here. What is interesting is when he used another mkII body with the same lens, the phase-detect result is better, but it looks like microadjustment between the lens and both bodies is still needed.


He repeated the test with several other 50mm f/1.2L and f/1.4 primes and found that the results were similar between different lens and body combinations – contrast-detect AF is not only more accurate than phase-detect AF, but it is also more reliable.

Of course, this is just a small sampling of the comparison, and Roger will continue to test other lenses, as well.

You can read more on it in his post, Autofocus Reality Part 1: Center-Point, Single-Shot Accuracy.

The second article that Roger posted talks about whether pre-focusing a shot, ie. focusing once, then focusing again, will help with accuracy for phase detect AF. In a short answer, no, it doesn’t.

The charts below shows the multi AF vs Single AF on a mkII, as well as single AF vs Live View contrast AF on the mk III:

Both articles can be a little technical, but Roger did a great job in explaining all these tests. What I learned is that if you have an old lens, check your phase detect AF and run some microadjusting as needed. Similarly, if you have an older body like the 5D mkII, check your calibration also. For your new lenses on a new body like the 5D mkIII, you should be in the best shape in regards to your phase detect AF accuracy.

Thoughts? Have you ever had front or backfocusing with your dSLR when using Phase Detect AF? Which lens and body combination?