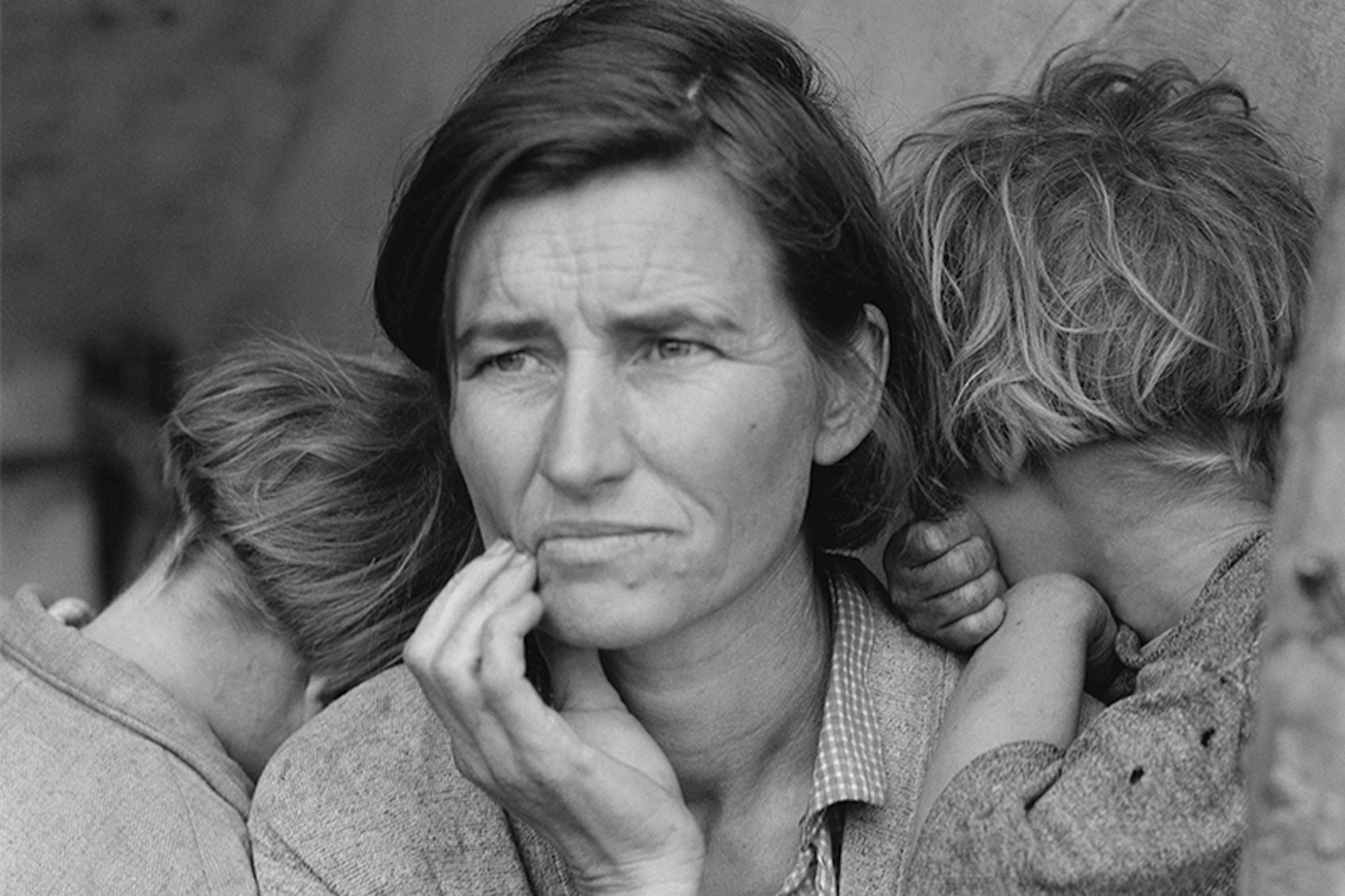 Revisiting the Story of the Masterpiece – The Making of Migrant Mother

One of the most iconic images from the era of the Great Depression, is Dorothea Lange’s 1936 photo, Migrant Mother. Even if you’re not a photographer it’s likely you’re familiar with this piece. But it’s just as likely you don’t know the real story behind it and how it was created.

Yes, I said created…not captured. In the 6 minute video from The Nerdwriter, Evan Puschak tells the whole behind-the-scenes “story of how Dorothea Lange created perhaps the most iconic photograph in American history” including how instead of a candid capture, the prolific image was created in a series of setup shots over the span of about 10 minutes.

The video quickly explains how Lange went from shooting portraits in the Bay Area to being hired by the US government for its propaganda effort during the depression with the purpose of capturing poor rural workers in order to raise public support for government aid programs.

What’s even more interesting, especially given the time, is the final image was even “photoshopped” to remove Thompson’s left thumb from the log in an effort to remove distracting elements from the frame.

While people may say that knowing this process takes some of the impact away from the image, I agree with Nerdwriter when he says “Being able to actually see the steps of Lange’s craft enhances her work, it gives the photograph a third dimension.”

Have a look at the full video and let us know what you think.

Both prints above are courtesy of the Library of Congress, Prints & Photographs Division: with thumb and without. You can also explore the rest of the LOC’s FSA collection.

7 Tips To Help You Get Out of a Creative Rut