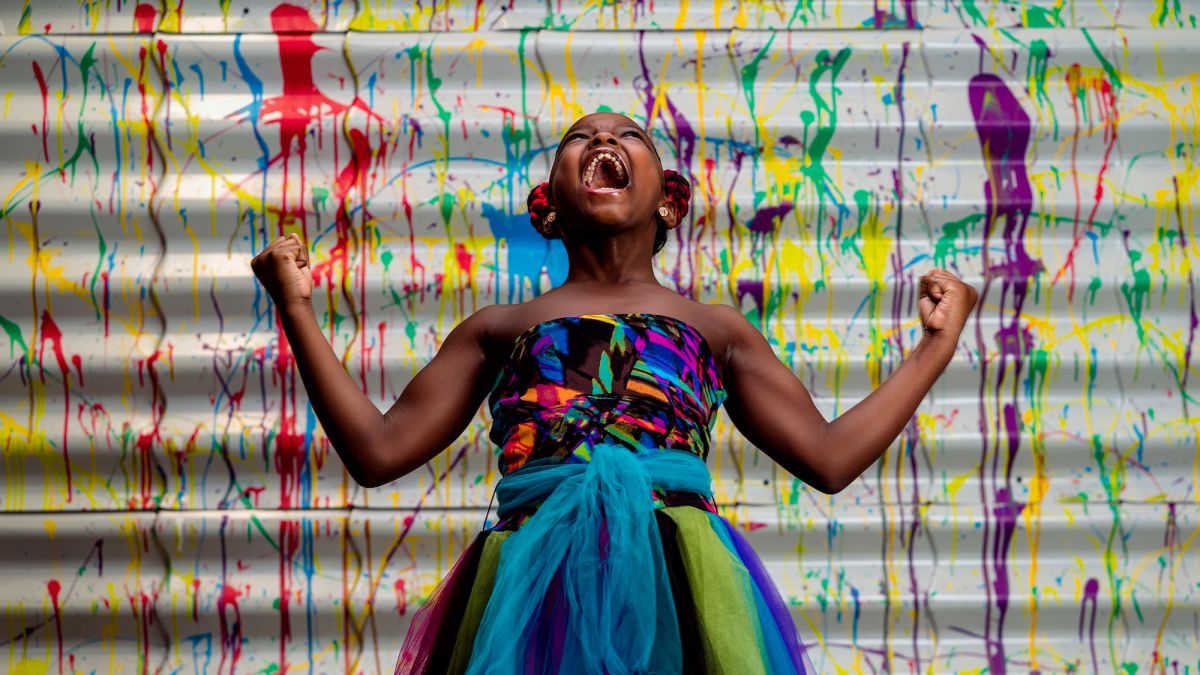 Although social media gets a bad rap for spreading fake news and causing negative impacts on mental health, it is undeniable that it has simultaneously helped spread the word on so many stories that are worth a little limelight. In the spirit of giving, we wanted to share a story of a young girl named Marian Scott that has touched the hearts so many individuals worldwide thanks to photographer and SLR Lounge Educational Ambassador Jermaine Horton.

A post shared by Jermaine Horton Weddings (@jermainehortonphotography) on Nov 12, 2019 at 9:56am PST

He first heard about Marian’s story via social media from a news article covering the piece. This beautiful and vibrant 8-year-old was told that her red hair extensions were in violation of her school’s dress code and she wouldn’t be photographed for her class photo. Understandably, Marian came home with the news with overwhelming defeat, feeling as though she couldn’t be accepted for expressing her true self while others of a different racial profile were allowed to take photos without discrimination. Jermaine found that Marian was the perfect candidate for a photo initiative he had been longing to carry out – the Art of Confidence. He hopes to empower young kids through creative photoshoots and make situations like this a life lesson and an insightful artistic piece.

He set out on a 4.5-hour drive for a 2-hour shoot with Marian where he collaborated with Rich Girl Candy to provide wardrobe and styling. He knew he was creating something insanely special after meeting and photographing Marian and had no idea what he was in for when he posted the images on his social media after the shoot.

Within hours, the story went viral with thousands of shares from people touched by the story and the images that told it so beautifully. Jermaine was overwhelmed not by the praise of the photos but the “outpour of so many people around the world who said the photos and story touched them to the point of tears” which happened once NBC picked up the photos to pair with their original article of Marian’s heartbreaking discrimination story. From there, the story caught like wildfire, with Jermaine’s vivid imagery helping put a fierce and uplifting visual to Marian’s meaningful story, spreading to Sweden, Canada, Paris, Thailand, Pakistan and every city in the U.S.  What started out as a concept to inspire young children now gives Jermaine purpose and imagination for what’s to come ahead in his own career.

I’ve learned through this experience that people are so amazing. Yes we have bad things happen in this world but I promise you the good outweigh the bad. All things that need to be corrected starts with a conversation and this was a starter. I plan on keeping it going.

When asked what advice he would give to other photographers wanting to make this powerful of an impact on the world through their lens he simply said, “do it from the heart then all you seek will come” which is a wonderful way to view life and your career. “I did this because as a father, I would never want my daughter in tears over something like this. Find something you are passionate about that can bring change and share it with the world. The world will recognize how genuine it is and then share it. That’s the power of what we do with the stories we tell behind the lens – don’t just shoot …. tell a story.”

Inspired by Marian’s story, some of the most renowned doctors and hospitals have reached out to Jermaine to be apart of his Art of Confidence series and he hopes to continue pushing to help tell all of their stories. He was also approached by Westcott who wanted to take part in helping Jermaine reach his full potential with this initiative with the apt lighting tools. The images and press articles have now been shared by celebrities like Morris Chestnut and Thandie Newton and being seen by the audiences of Fox News, Good Morning America, and NowThis, just to name a few.  To keep up with Jermaine’s wedding and portrait photography and his new Art of Confidence project check out his Instagram and Website.