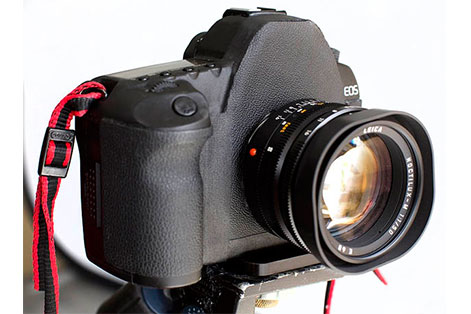 Usually, when one acquires a $6,500 Leica Noctilux 50mm f/1 lens, that’s usually a great thing. The problem for San Diego photographer Robert Benson is that he did not have a Leica rangefinder body to go with that lens. So rather then spending another $6,500 on a Leica M9, Robert summoned the Dr. Frankenstein in him and transformed his Canon 5d mkII so that it can accept the Noctilux. Of course, since the flange distance for the Leica lens is shorter than the standard EF Mount on a Canon full-frame DSLR, there were a lot of modifications that had to be done. 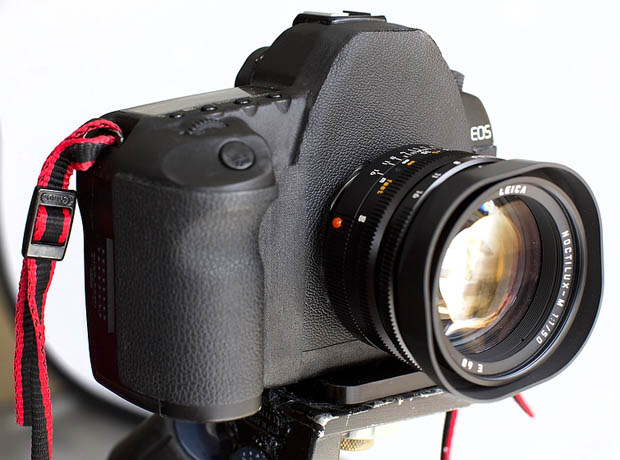 The modification isn’t easy; nearly impossible for the average person to do it. For modifications, the camera is completely dissasembled and the mirrorbox is stripped of its components and removed. The mirrorbox is then machined by a precision machinist – 30 years experience with hyper-minute detail – to the correct flange distance for Leica, 27.8mm.

The mirrorbox is reinforced with a two-part plexiglass frame. It is further reinforced with a 3mm thick piece of steel which serves as the lens mount. As a result, the mirrorbox is more durable than when it came out of the camera, and strong enough to hold even the weirdest, heaviest rangefinder lenses out there, from which there are hundreds. Everything is put back together by a factory trained camera technician.

I make the lens mount a universal 44mm screwmount. There are a butt-ton of screw mount lenses out there, and I didn’t want to be limiting, so that’s what I chose. Included in the mod is a 44mm to 42mm step up ring and a 42mm Leica lens mount flange, which can be attached to your favorite Leica lens with five small screws (goes in place of the bayonet mount).

So what does this hybrid can do that an M9 can’t do?

And why the fascination with the Noctilux?

The look of a Noctilux shot wide open is unlike ANYTHING else in existance. Not the 50mm 1.2 canon, not the 50mm 0.95 canon, not the Cinemagic lens…. NOTHING! The same holds true for other Leica glass. The 3d depth and bokeh and painterly feel from the Noctilux is magical; I am really carrying around a portable 4×5 camera (the modified Canon), because the images have that 4×5 film look. 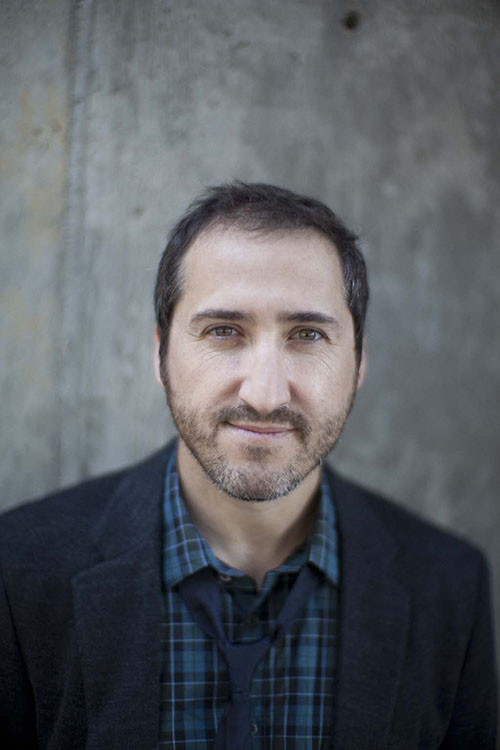 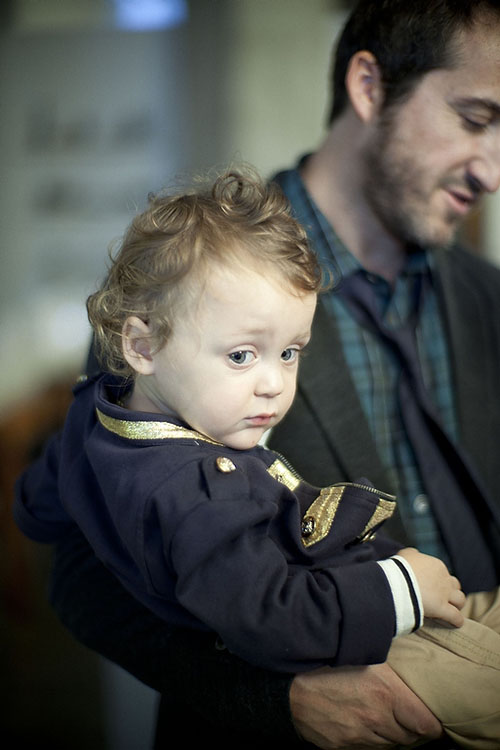 To read more about this amazing transformation, read more on Robert Benson’s blog

If you want the same modification to be done a Canon 5D mkII, Robert will perform the surgery for $2950. He will buy a 5D mkII, modify it, and ship it to you.

Thanks to Peta Pixel for the head’s up.