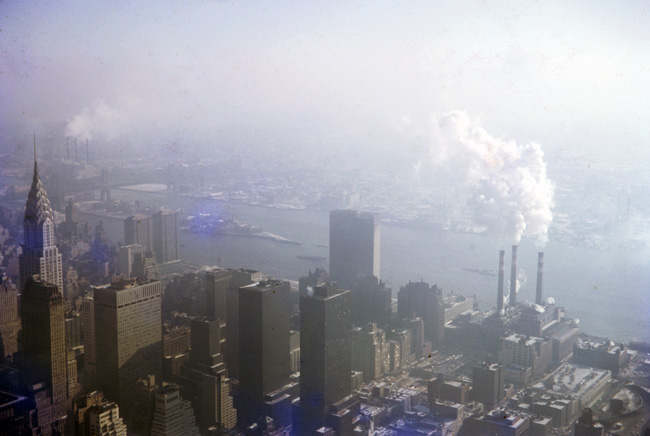 Taken from the top of the Empire State Building in New York City.
News & Insight

Every time I visit my Grandpa in the nursing home, I wonder about his life. 95 years of stories to tell, though, most of those memories are gone, lost in the recesses of his mind. A mind that scrambles to remember who I am, and in the last year, has failed to recall correctly at all. At times, he’ll talk about his brother and an adventure he went on with Grandma, but ask him for more information, and he can’t remember that he even had a brother. Though, he doesn’t remember me, I remember the stories of adventures that were told when we were all far younger than we are today.

A few years ago, Dave Tomkins found a box of vintage photographs while cleaning out his Grandfather’s house. Grandfather, Stephen Clarke, was a buyer for a jewelry franchise in Australia. Sometimes his job required him to travel around the world and Grandpa would take his Voightlander camera to document these trips. Upon returning home, he would show his family his photographs via slideshow and then put the slides in a box in a cupboard – the box that Dave found. Dave scanned some of the slides and would take the photos to the 24 hour care facility where his Grandpa lived and ask him about the photographs, hoping to hear about another adventure in a far off place in the hopes of getting Grandpa’s mind off of his current situation. Unfortunately, Grandpa couldn’t remember where they were taken.

Dave decided to build a website to see if people online could identify where some of the photos were taken and to prove to his Grandfather, that his photos were really good.

He never saw himself as a great Photographer. With everyone’s help I’m hoping to prove that wrong.

Sadly, before he finished the website, Dave’s Grandpa passed away. Dave committed then to finish the site and prove, even though his Grandpa is no longer here, that Grandpa was a great photographer. Dave quit his job at an ad agency and is fully devoting himself to the website, Grandpa’s Photos. The site showcases the best 50 photos from the box of slides, with the hopes of adding 50 more. About 90% of the photos have been identified thanks to people all over the world who have helped solve the mysteries. Now, Dave is going to visit the places in Grandpa’s Photos, take the same photos and “hopefully create some Grandpa–worthy stories” and honor his Grandfather’s legacy of a life well lived. 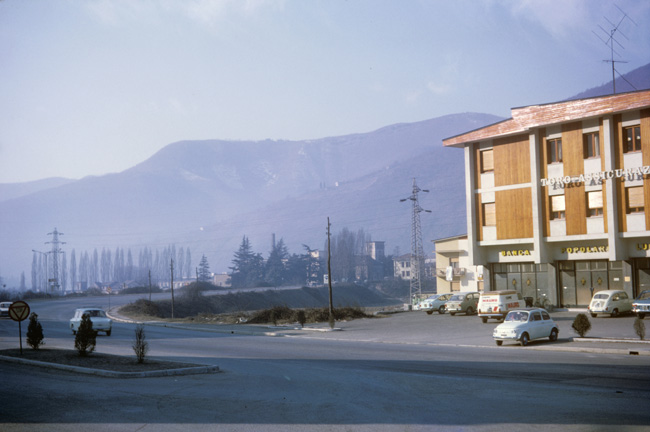 You can see Grandpa’s Photos on the website here.

CREDITS: All photographs by Stephen Clarke are copyrighted and have been used with permission for SLR Lounge. Do not copy, modify or re-post this article or images without express permission from SLR Lounge and the artist.

[Via Design Taxi/additional info via PetaPixel]