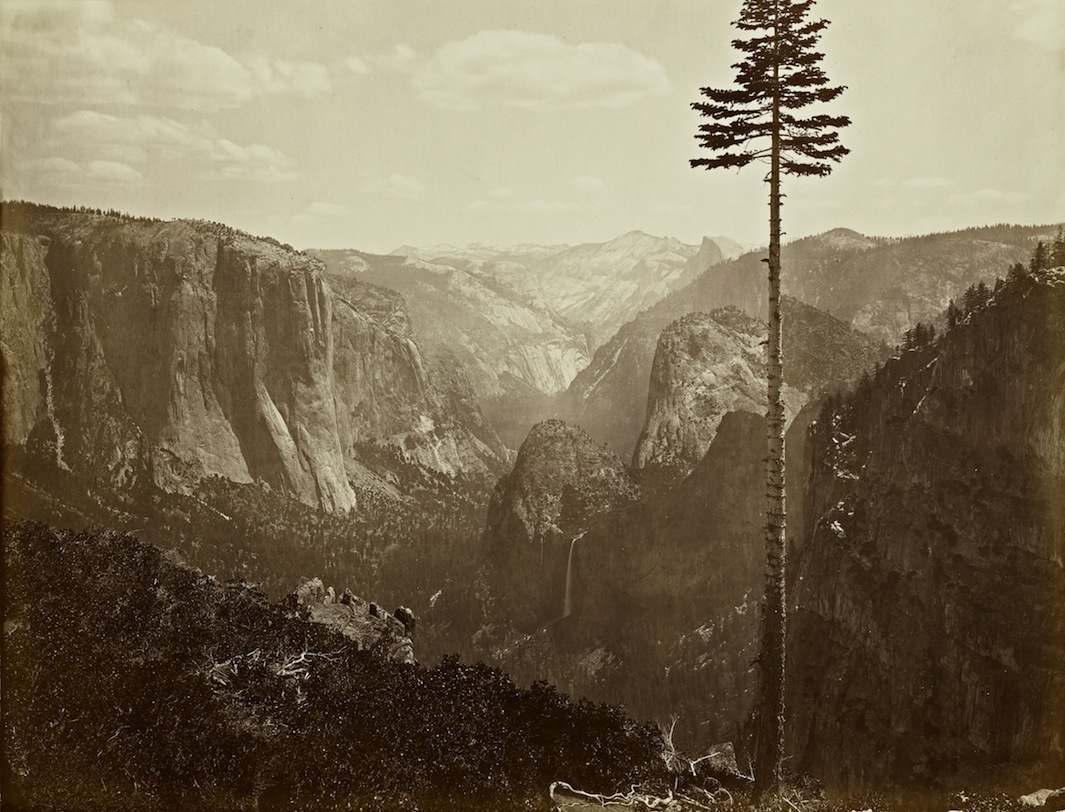 Carleton Watkins loaded-up the mules with his portable darkroom and gigantic custom-built 75-pound camera, and headed towards Yosemite Valley. The view hasn’t changed much since the 1860s, as you can tell, but that is exactly the point.  The pictures Mr. Watkins took were the ones that inspired President Abraham Lincoln to sign the Yosemite Valley Grant Act– permanently marking the land for “for public use, resort, and recreation.” Watkins’ landscape photographs are what saved the preservation of Yosemite Valley.

Watkins made the American West his home in the year 1849, where he landed his first job in a portrait studio in San Francisco. It didn’t take long for Watkins to make a name for himself, in a few years he had become a specialist in landscape photography; at the time, there was little competition and a high demand. “If someone was paying him to go to a site, he would take those photographs that were commissioned, but he would also take some for himself. He was able to build up a stock of images of this gorgeous area that people had only heard about in the news. When those images got to the East, his career took off,” said Elizabeth Kathleen Mitchell, co-curator of the exhibit “Carleton Watkins: The Stanford Albums,”– which is currently on display at Standford University’s Cantor Arts Center.

Watkins’ was known for his “mammoth” 18-by-22-inch glass-plate negatives that could stand competition with Yosemite’s grandness. “The mammoth plates enabled him to take photographs that would rival small cabinet paintings and lithographs. By working with this larger frame, he was able to compete with different forms of visual culture,” said Mitchell. “Stereo cards can be an incredible visual experience, but the mammoth plates have this physical gravity to them and they create a completely different context than smaller prints.”

Even a century and a half later, Watkins’ photographs still hold true to the power they carried out. He’s regarded as one of the most influential photographers of the time. His captures of Yosemite are timeless, they make you feel as though you can step-foot inside them, and breathe in the fresh air of the valley. 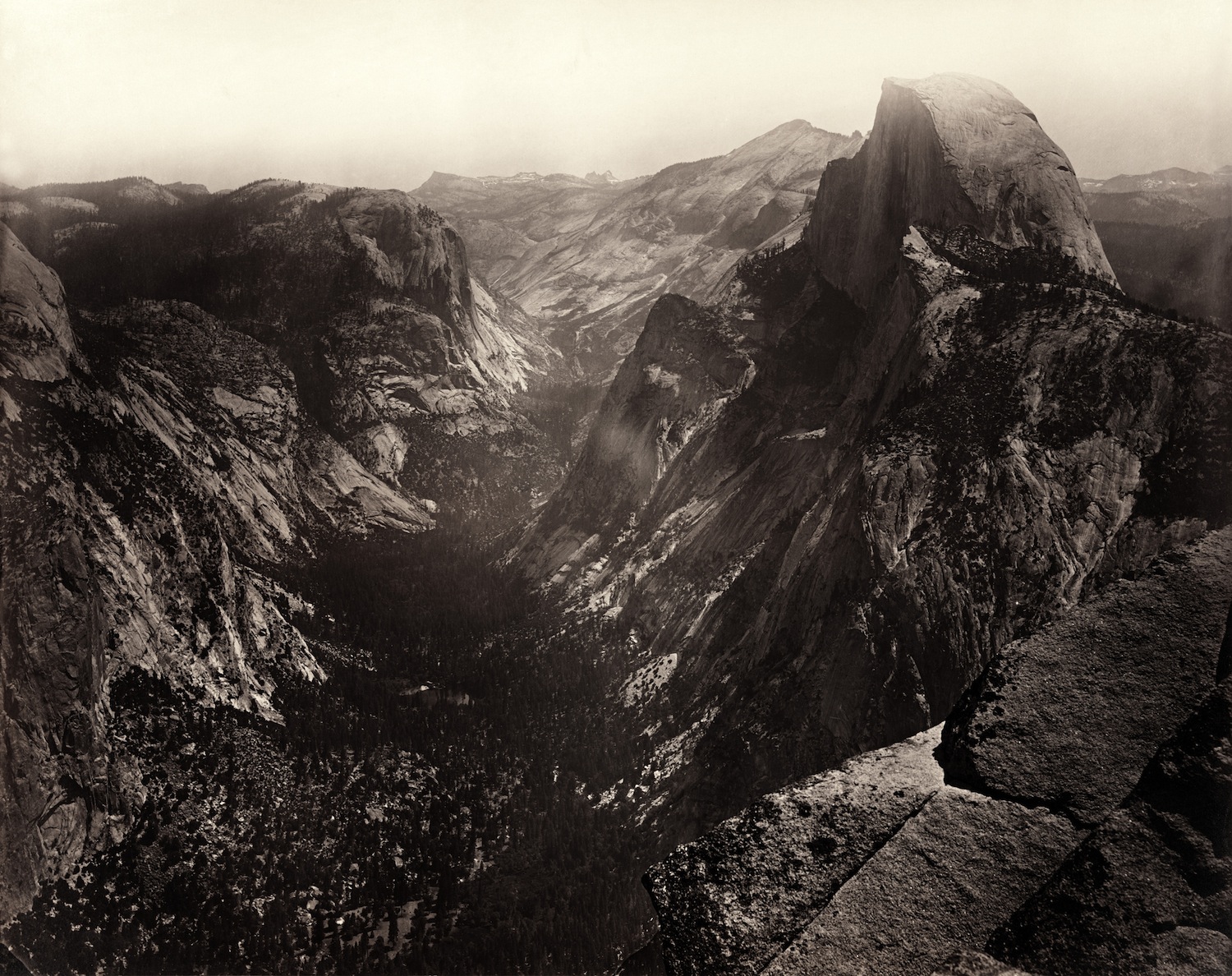 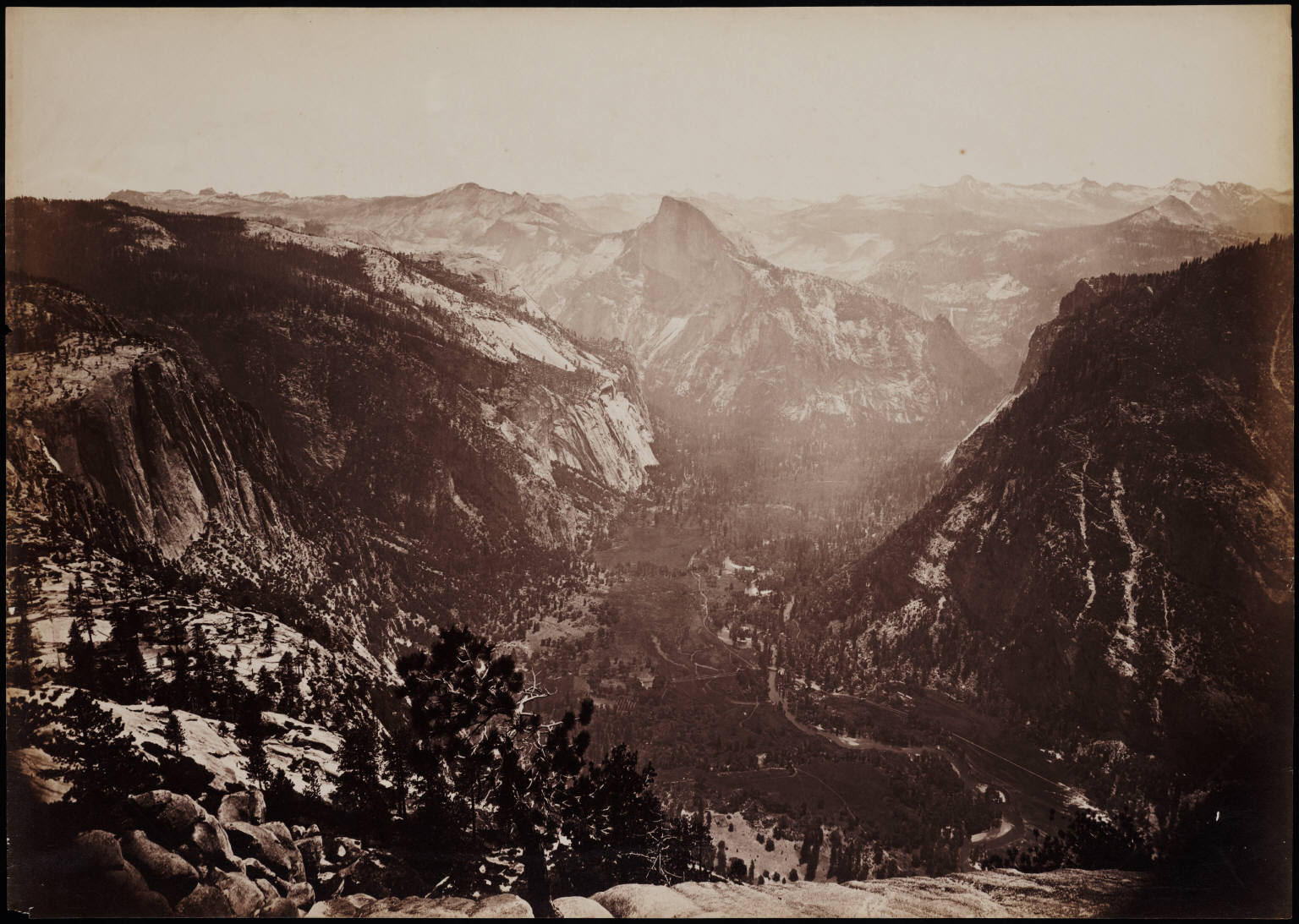