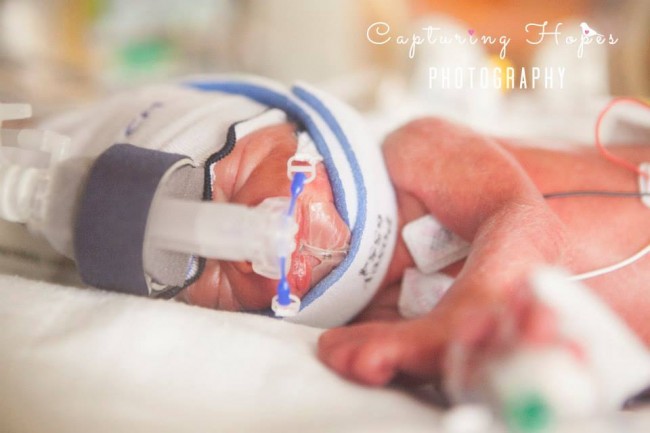 Sometimes through life’s most tragic events, some good can come. For Deneen Bryan, a North Carolina photographer and mother of 6, her mission was born out of an event that happened 16 years ago. In 1998, Deneen’s daughter Christina had to have several surgeries, including a liver transplant. She was 4 months old. At the time, a professional photographer offered to take their family photo for free. Sadly, Christina passed away just 2 months later.

“After she passed away, we got the photos in the mail,” Bryan said in an article for The Blaze. “That’s when I really realized how important those photos were. That was our only professional photo that we had of our family at the time.”

After becoming a professional photographer herself nearly a decade later, Deneen began volunteering her time at the Ronald McDonald House having never forgotten the care they provided her and her family when little Christina was in NICU and the priceless gift of her family portrait by that photographer back then. Soon, the waiting list for Deneen’s services was long, and nurses began asking if she would make her services available to all families, not just those at the Ronald McDonald House. That is when Deneen created the nonprofit organization, Capturing Hopes. 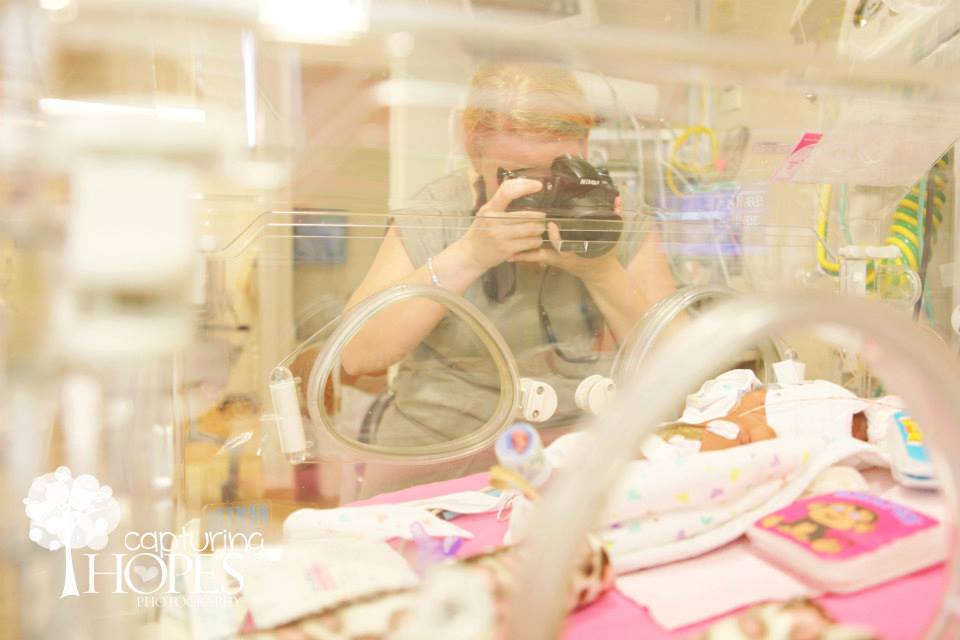 Through volunteer photographers, Capturing Hopes provides “documentary style professional photography to families with babies or children in the hospital” with a focus on premature babies. “They didn’t have anyone coming in. The baby was only one to two pounds and mom and dad didn’t have any photos except cellphone shots,” Bryan said. Now, Daneen and her team of photographers have photographed over 500 families nationwide. 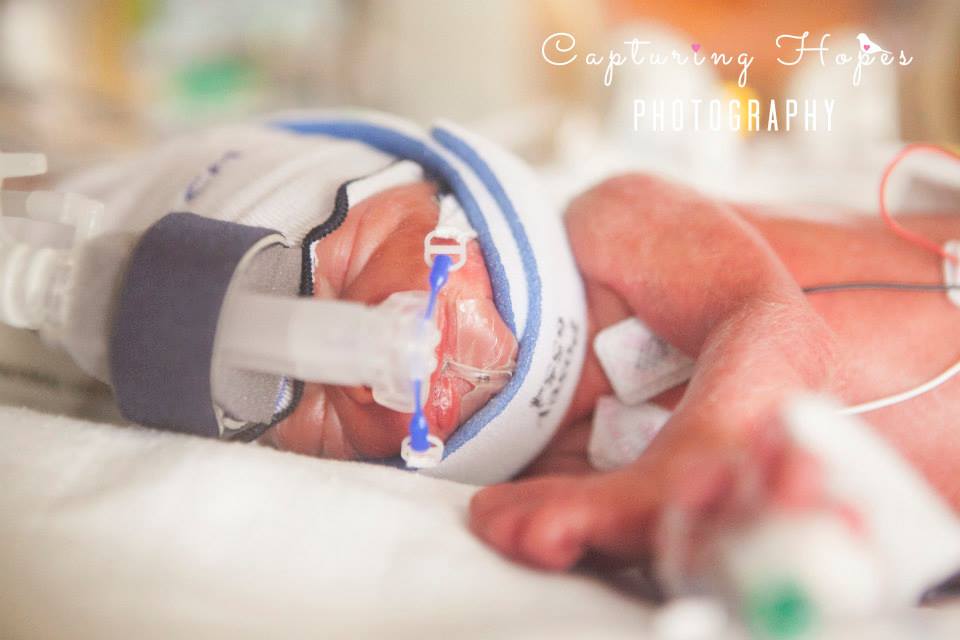 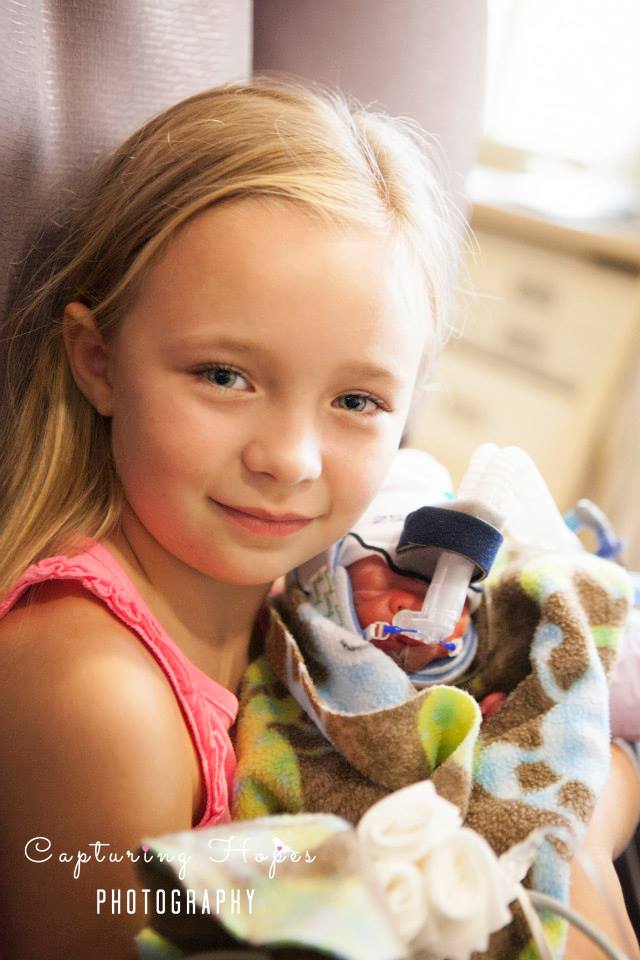 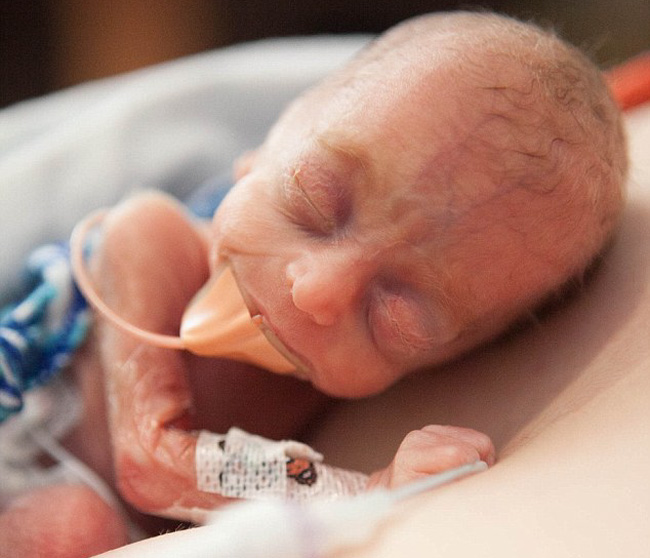 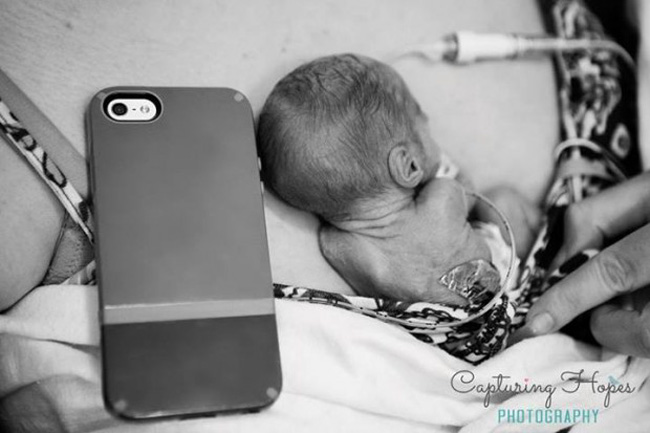 The photographers are trained to be prepared for anything – from how to handle the lighting of the NICU ward to a baby possibly coding while they are there. Volunteers are trained to focus on the positive and being compassionate. “I have had a couple of volunteers where you could see a tear and they just kind of turned to wipe it away. It really affects volunteers the first time they’re in,” Deneen said.

Capturing Hopes just released a timelapse called Project 100 days, which follows the first 100 days of a preemie in the hospital – the average time a preemie spends in the NICU. Baby Walker is the first video released from the project, and he was discharged a bit early, at 80 days. Walker was born April 25, 2014 and weighed a mere 1 pound and 3 ounces.

To read more about this amazing organization or to volunteer, check out Capturing Hopes’ website here and check out their Facebook page.

CREDITS: All photographs shared by Capturing Hopes Photography are copyrighted and have been used with permission for SLR Lounge. Do not copy, modify or re-post this article or images without express permission from SLR Lounge and the artist.

Learning Lighting For Video | From Stills to Motion