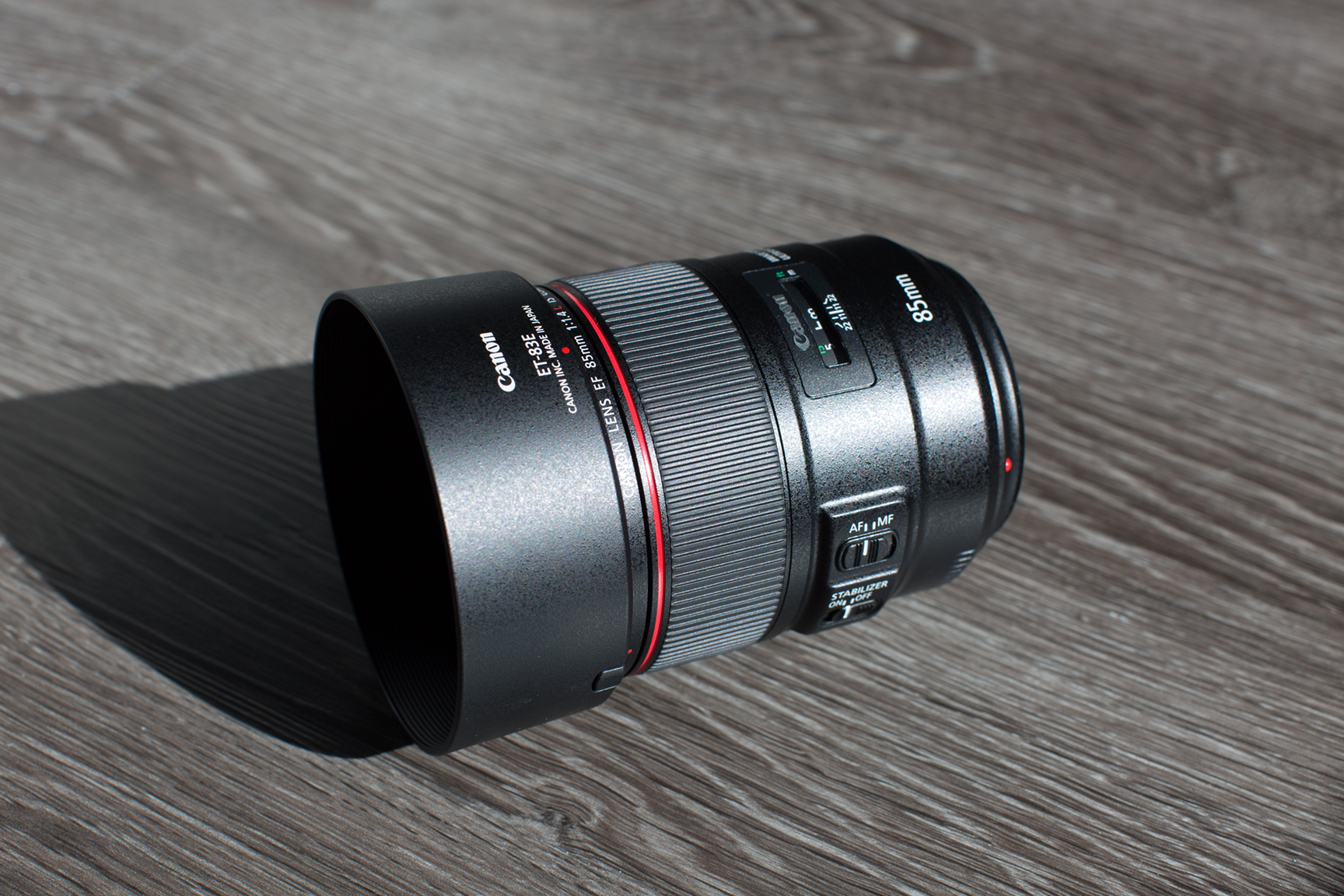 Canon 85mm f/1.4L IS USM Lens Review | Maybe The Most Versatile 85mm Lens On The Market.

The 85mm is often revered as the pinnacle of all focal lengths when it comes to portraiture, and the Canon 85mm f/1.2L USM II has routinely been the 85 to which all others have been compared in regards to sharpness and bokeh, so it was of natural wonderment as to where exactly the newest 85mm f/1.4L IS USM would fit among Canon’s current offerings, especially as Canon has claimed that the induction of the 5mm f/1.4 L IS USM  lens into their lineup was not meant to replace any existing lenses. However, its mere entry seems to be already amortizing the coveted 85mm f/1.2, as unlike a fine wine, the f/1.2 hasn’t so much become better with age as much as its flaws have been highlighted.  In this article, we’ll go through a comprehensive Canon 85mm 1.4L review, addressing and pros and cons of the powerful yet pricey lens. 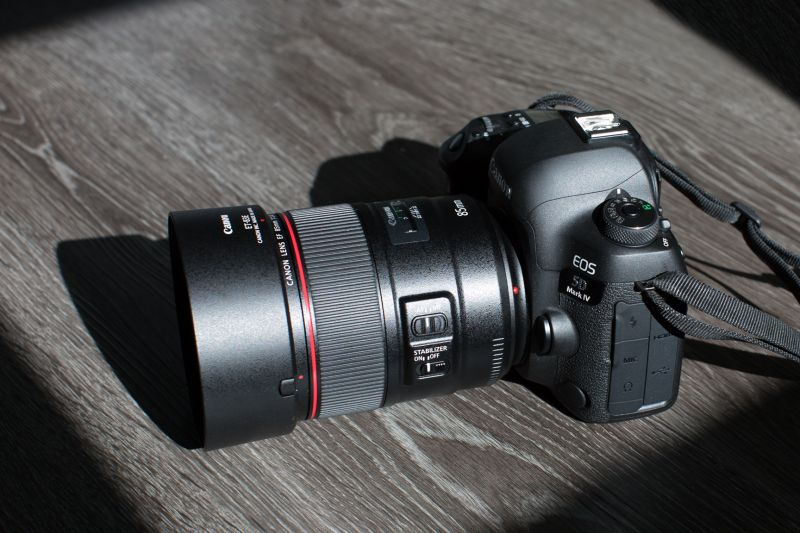 The 85mm f/1.4L IS USM is the first professional 85mm lens to offer image stabilization, which, for a company like Canon that has yet to include IBIS in their pro bodies, is a necessity moving into the future. Additionally, the lens addresses complaints of the 85mm f/1.2’s lethargic and finicky auto focus in low light conditions, as well as its weight being compared to that of a brick.

Weighing in at 2.09 pounds, the Canon 85mm f/1.4L is only 2.72 ounces (.17 lb) lighter than the 85mm 1.2 L II, yet it feels much lighter thanks in large part to the improved ergonomics. True to ‘L’ glass form, the lens is dust and weather proof to protect against the elements, and is constructed with a fluorine coating to minimize smudging.

The f/1.4 is comprised of 14 elements in 10 groups which feature an Air Sphere coating to drastically reduce lens flare and ghosting, which produces greater contrast in backlit scenarios. It also has one large glass-molded aspherical element to reduce spherical aberrations as well as distortions. 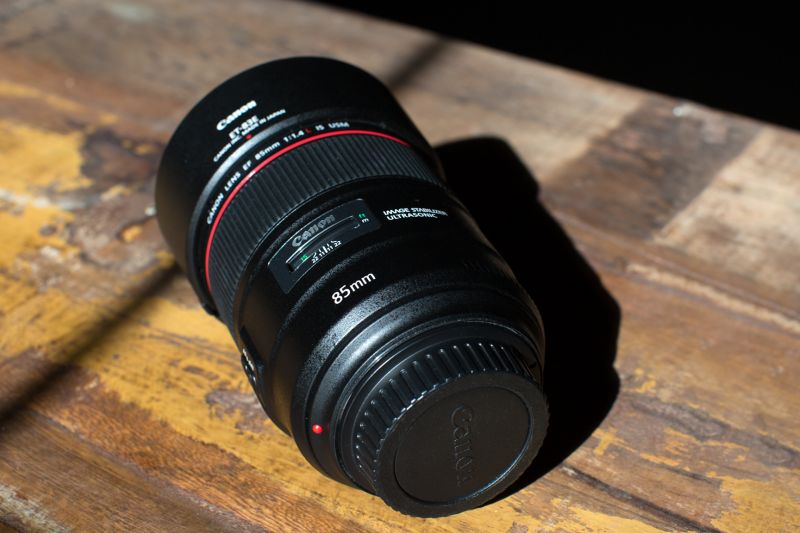 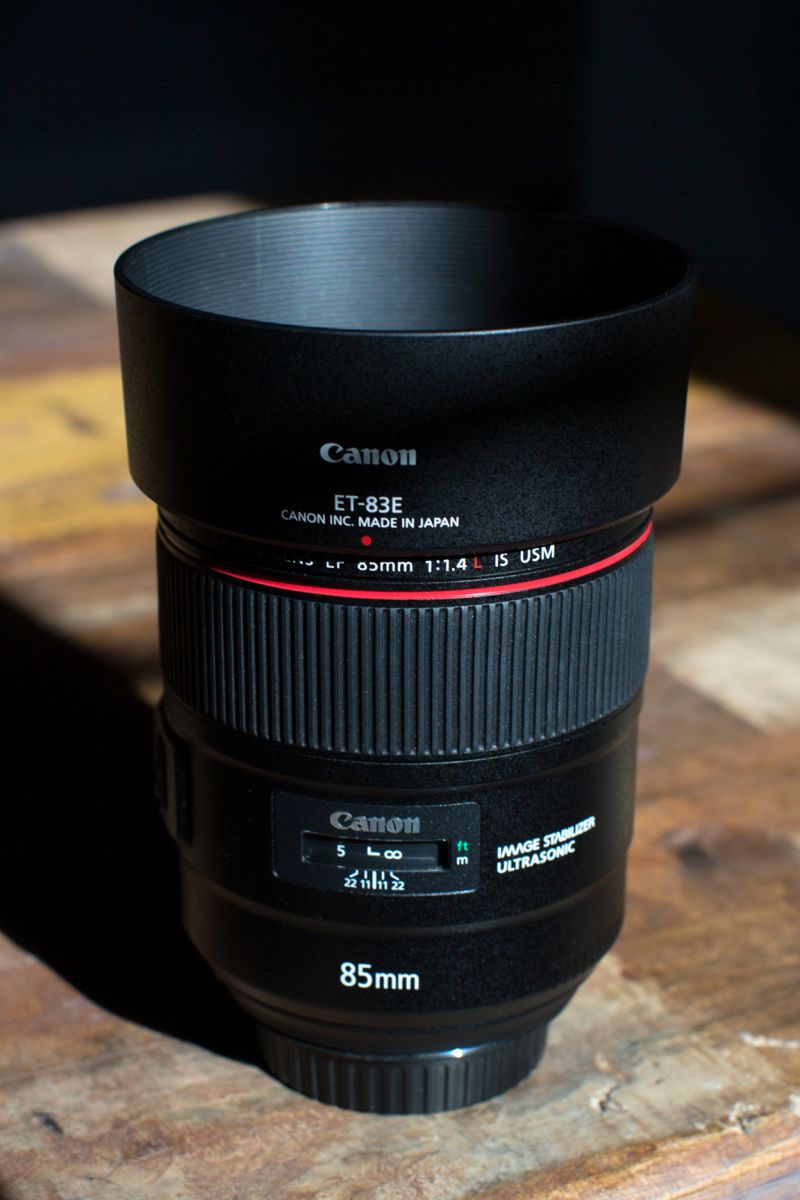 The wider the aperture the faster the lens.

The Canon 85mm f/1.4L may very well be the exception to this rule as it was quicker to autofocus in an array of lighting scenarios from low light, to harsh light, to backlight than the 85mm f/1.2 L II. Dramatically so.

The autofocus of the f/1.4L is very fast as well as extremely accurate, even when opting for non cross-type focus points. The lens is very quick to lock focus in lowlight situations as well as recompose the autofocus when shooting through obstacles.

The hit rate is high, as this misses focus very infrequently and, when it does, those few images are still deemed to be of usable quality. The tracking is also noticeably improved and the amount of detail provided nearly negates the need to sharpen in post.

Image Quality of the Canon 85mm 1.4 (with Sample Images)

The 85mm focal length is quite true to life and produces an image very reminiscent of your perspective with little distortion, making it ideal for fashion and beauty, lifestyle, portrait  and pet photography. The Canon 85mm 1.4 delivers amazing detail on a variety of crops from portrait all the way to full body. This is an added benefit for those photographers who don’t shoot the intended crop or need several crop options in post.

The bokeh it produces does not disappoint and is nominally different than the 85mm f/1.2L II – most untrained eyes will not notice when they’re both shot wide open. And it should be said that while it is possible for the 1.2 L to achieve beautiful bokeh with the subject in focus when shooting wide open, it can also result in spherochromatism, or color bokeh. The Canon 85mm 1.4 L achieved the utmost balance of bokeh and sharpness sans spherochromatism when shooting at f/2.8 and higher.

I also found the contrast to be quite desirable and very suitable to my style of shooting in both natural and artificial light for fashion and portraiture, which should translate into other genres like weddings too. The 1.4 L produced little chromatic aberration, addressing one of my biggest gripes about the f/1.2 L, and there is also a negligible amount of vignetting, which matters, even though one may not consider if of much concern seeing as how it is such an easy fix in post.

And here’s where things get very interesting. The low light capabilities and depth of field rendering make the Canon 85mm f/1.4L much more than simply another ‘portrait lens’. Its aperture and optical IS make for a lens of versatility, and its lowlight capabilities make it a go-to lens for all things food, product, still-life and night-life related, and this is critical to a new lens offering in a line-up as storied as Canon’s. The 85mm f/1.4L IS USM had to be exceptionally good just to compete. And it is.

Is it worth the money?

Priced at $1,599, the Canon 85mm f/1.4L costs $400 less than the Canon 85mm f/1.2L II lens and is absolutely worth the money. In fact, the price point feels peculiarly out of place in the Canon lineup as it outperforms the more expensive lens in most aspects, almost rendering the top tier lens outdated and a thing of the past.

In addition to the fast autofocus, lowlight capabilities, bokeh and sharpness, the Canon 85mm f/1.4L is solidly built to withstand inclement and adverse weather conditions, and the added benefit of image stabilization is going to become a staple ingredient for most new lenses going forward in order to take full advantage of the larger sensors.

This makes it an ideal lens choice for a variety of genres including weddings, fashion and beauty, lifestyle, boudoir, portraiture, still-life, night-life, pet, food and product photography as well as meet the ever-increasing demands of video. It may be the most versatile 85mm on the market. 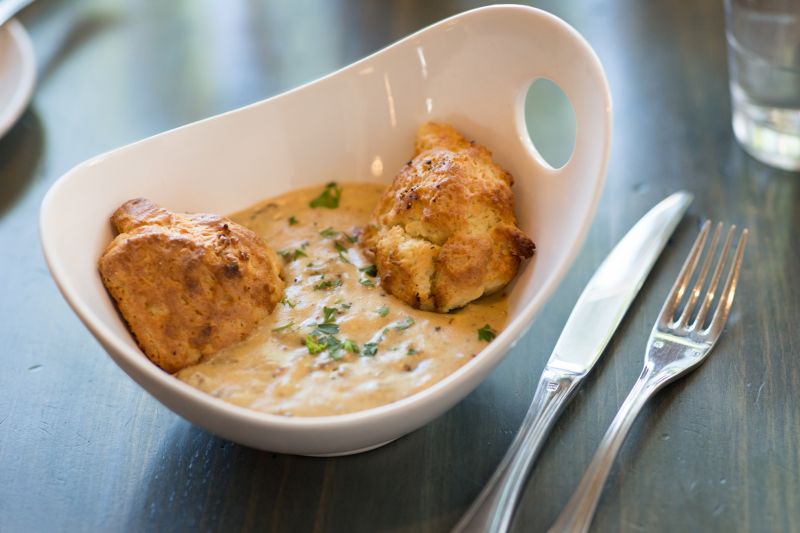 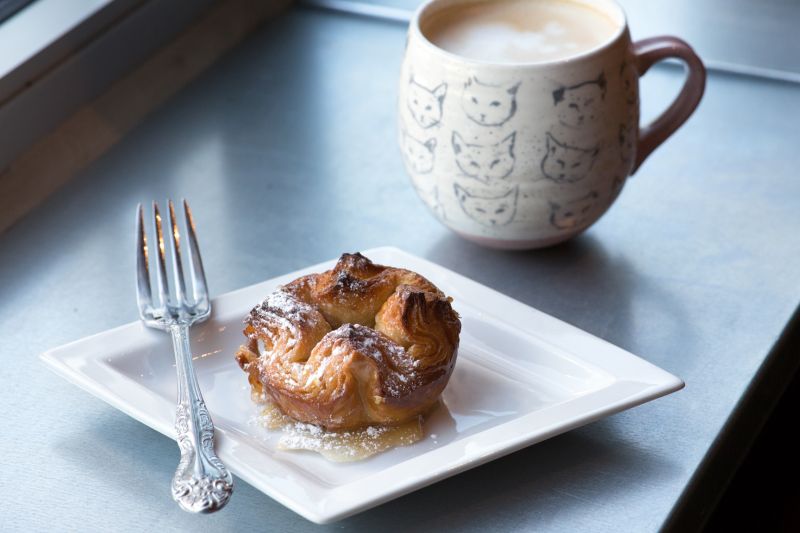 Would I Recommend It?

The Canon 85mm f/1.4L IS USM lens feels like a major upgrade in comparison to the 85mm f/1.2L II lens, and that’s a bold statement. As a package it isn’t perfect, but there isn’t much to gripe about either. It focuses much faster and more accurately than the esteemed 85mm f/1.2 L; the IS puts it a notch above other comparable lenses on the market, although it does still periodically miss focus a very small percentage of the time. It would also be nice if the lens could be built just as rugged yet somehow lighter because it can begin to feel heavy after shooting all day – even though that is being extremely nit-picky.

Out of the 85mm lens choices available for Canon, the 85mm f/1.4L is the most versatile, and as stated above, may be the most versatile 85mm prime, period. It would be the lens I would recommend to anyone with a newer camera such as a 5D Mark III/Mark IV or 5DS.

While it costs $400 more than the comparable Sigma 85mm f/1.4 DG HSM Art Lens, the addition of IS more than makes up for the increased price in the world of DSLRs. It should also be mentioned that the 77mm filter size is readily available and voids any need for special ordering most filters, which should make for happy filter lovers everywhere.

The extra 1/2 stop of light provided by the Canon 85mm f/1.2L II might be a better choice for photographers with older gear with sub-optimal ISO performance, but the $400 difference in price might prove to be better spent on something like a speed-light or downpayment on a monolight, especially if you plan on upgrading your gear in the future. Really, the 85mm f/1.4L IS USM is the actual upgrade.

If you are ready to make the commitment into a long lasting relationship, you can purchase the Canon 85mm f/1.4L IS USM lens here.