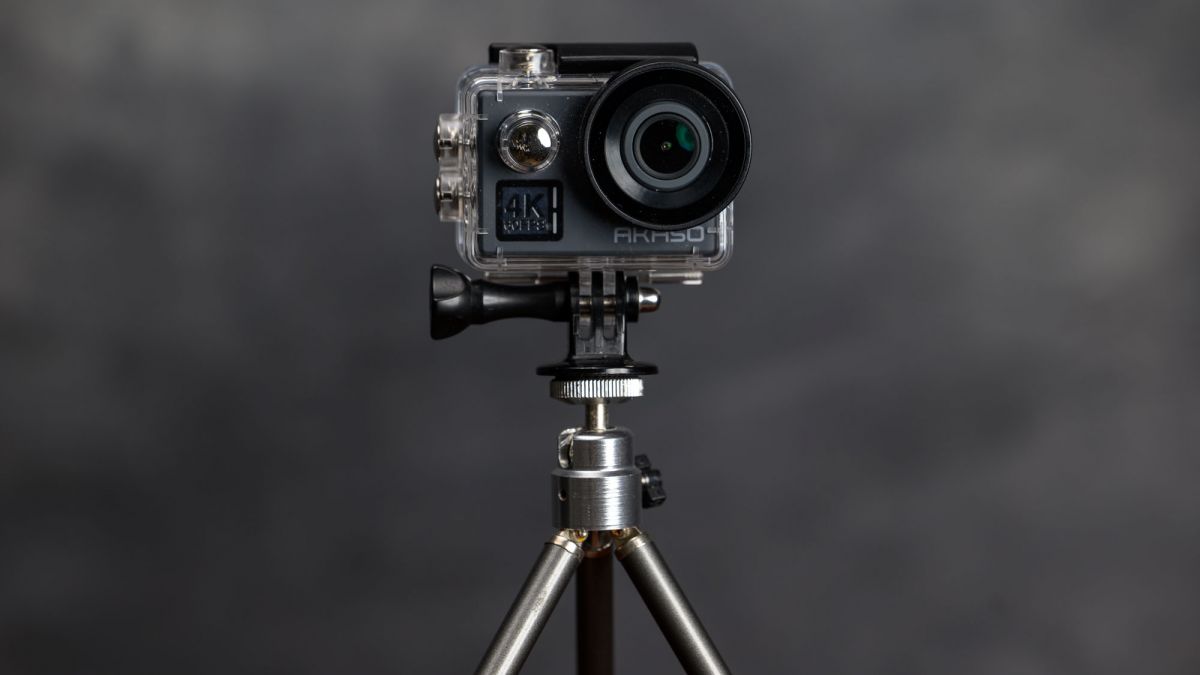 We’ve all seen the commercials of the epic sports action, sky divers, snorkelers, capturing incredible footage on their adventures on a tiny action camera. Then we look up the price, and while most of these cameras are “affordable” they are often far from cheap! It can leave you frustrated or wondering if you really should pull the trigger on the purchase, especially when you don’t quite know how to use the gear, or there’s a good chance you’ll damage or lose it trying to capture the photos and video you’re going after. Enter the Akaso Action Camera V50 Elite, and it’s siblings. If the latest GoPro is too risky or too pricey of an investment for your at the moment, this handy little camera may just be what you’ve been looking for.

At a glance, it’s pretty clear to see where this camera gets its inspiration from, but given the price point of only $139, it comes with one heck of a punch! Featuring 4K video at 60fps, a tripod mount built without the need of a case, and a touch screen to access and control the camera, it definitely packs in a lot of bang for your buck…but is it worth it? 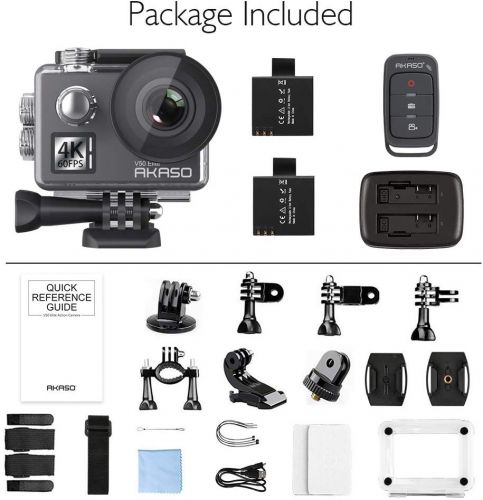 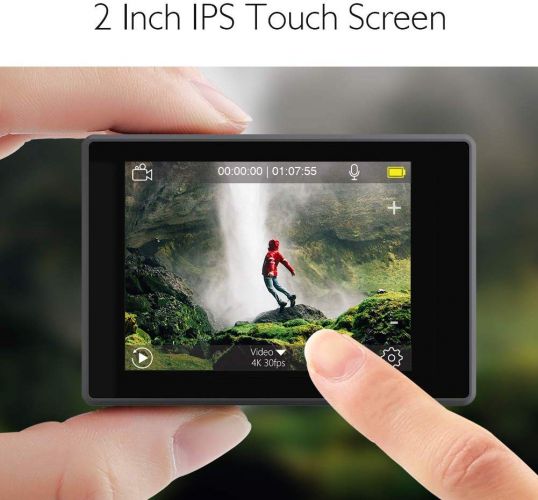 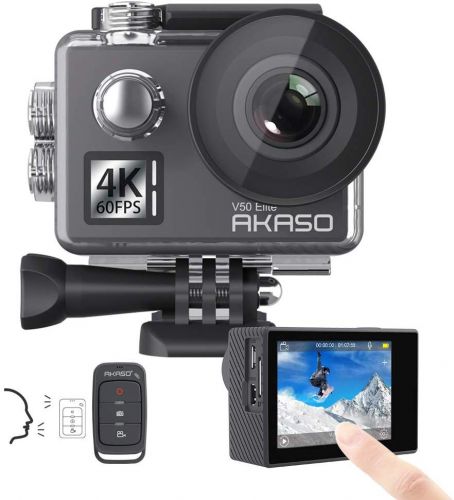 Okay so I spent a little time with this camera around the house and office testing out how it works compared to my old GoPro Hero 3 (i know i know), and despite it’s much cheaper cost, the Akaso was actually pretty impressive. The batteries last pretty long, having used a GoPro before I was already familiar with the interface and how to navigate the system, Everything worked right out of the box. The only problem I had, was a personal one. I didn’t have a newer or “good” Micro SD card that was capable of recording the 4k video for more than a few seconds.

That being said, I did lower the quality and started messing with it in the pool and using a few of the default color settings built into the system. Comparing it to the (granted, and older) GoPro, the Image Quality was pretty much what you’d expect and on par, and the same with the video footage! When underwater, it actually provided a much better quality than I even expected. While it’s no GoPro, it is still pretty dang good, ESPECIALLY, and I Know i’m a broken record here, but especially when you consider the price. 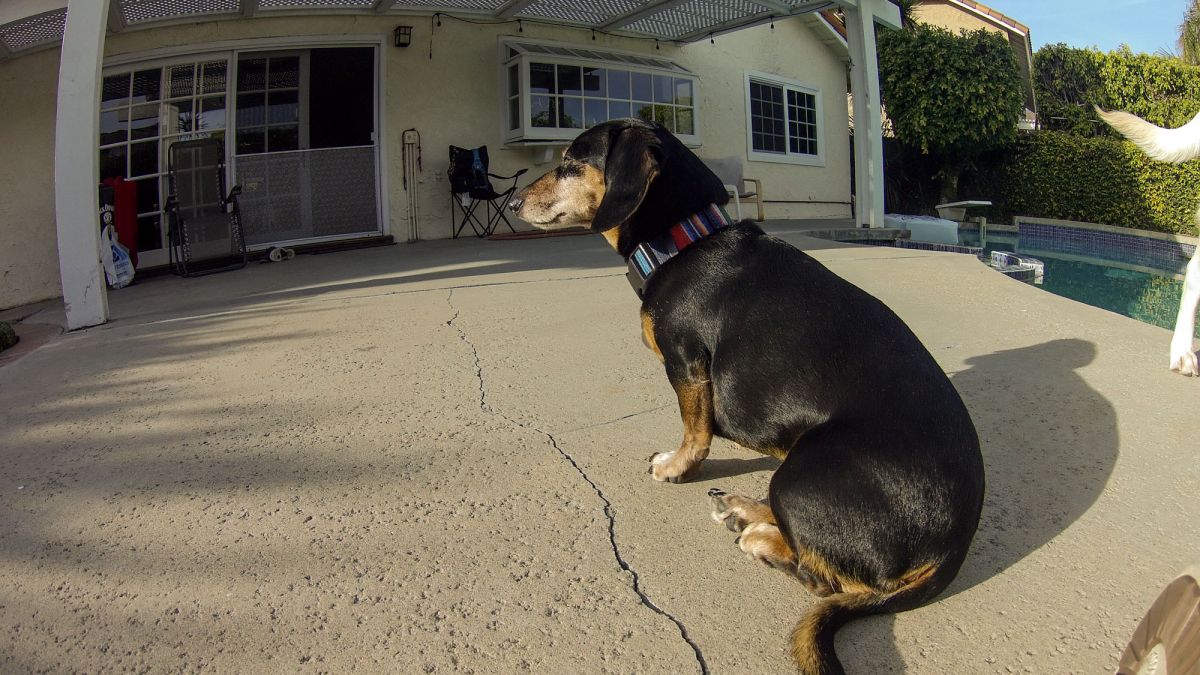 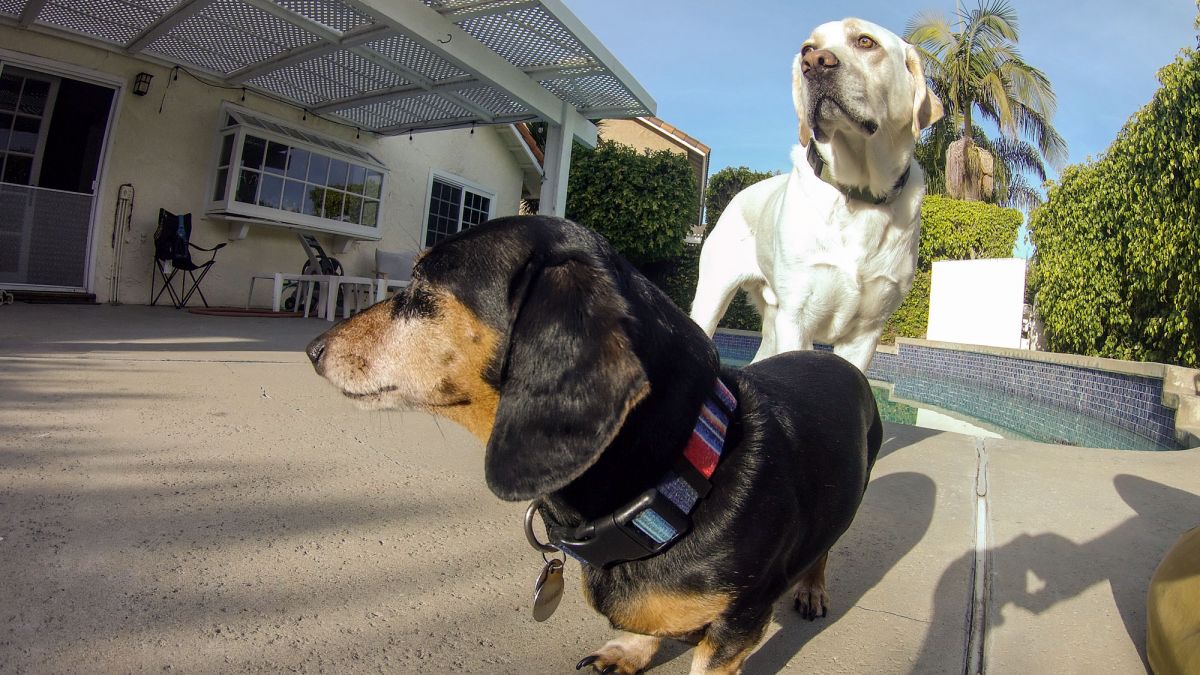 In good light, the camera worked incredibly well for photos, but it tended to struggle when working indoors or in darker situations. The App, well it worked on an previous iOS, but sadly after I updated, I wasn’t able to get it to work. I’ve reached out to Akaso and i’m told an update is coming, but until then, and for the majority of my review, I was appless. But, when I did my initial test, the device and app worked just as you’d expect, syncing over wifi, allowing you to live-view as you’re shooting and transferring files directly to your phone. Like the touch screen, I found the app on initial testing to be a little bit laggy, but again, I’ll have to wait for the latest update to be released to give a full opinion and research there.

What I Liked about the Akaso Action Camera V50 Elite

If you’re looking for something a little more responsive and willing to spend more money, then i’d say go for the higher cost GoPro since they just work a little faster and are waterproof now out of the box. Is this camera amazing? Simply put, no. But is it good enough? YES. It can do everything you’d want out of an action camera, it just lacks the “wow” factor…unless you consider it’s cost.

This little camera is just $139, and if you’re new to the action camera game, photography in general, or there’s a chance you’re likely to destroy or lose the camera in the process of getting your shot? Well this may be the very cost effective alternative for you. You can land some high quality 4k video or 20mp photos with this rig, giving you a taste of what action cameras can really do.

Discussing this with my team, we even figured that this would be a great action system if you needed to setup multiple cameras to film or photograph multiple angles of a shot happening in a single take. While you can still do this with any other camera and dslr system out there…being able to do up to 4-5 angles at the cost of only one “GoPro” well, the value starts to go up when you look at things from this perspective!

Our final thought in this quick turn around review, if you don’t need a premium or “designer” product to capture some decent action footage, the Akaso V50 Elite is a fantastic budget-friendly system you won’t regret giving a try.

This little camera is just $139, and if you're new to the action camera game, photography in general, or there's a chance you're likely to destroy the camera in the process of getting your shot? Well this may be the very cost effective alternative for you! If you don't need a premium or "designer" product to capture some decent action footage, the Akaso V50 Elite is a fantastic budget-friendly system you won't regret giving a try.