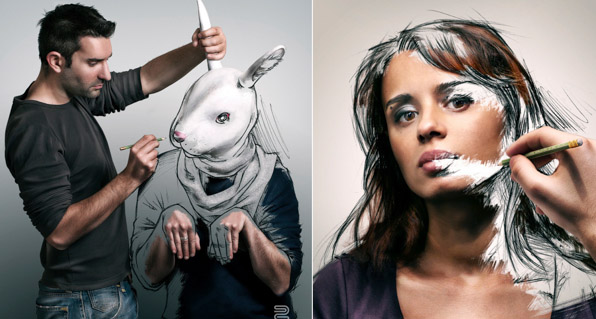 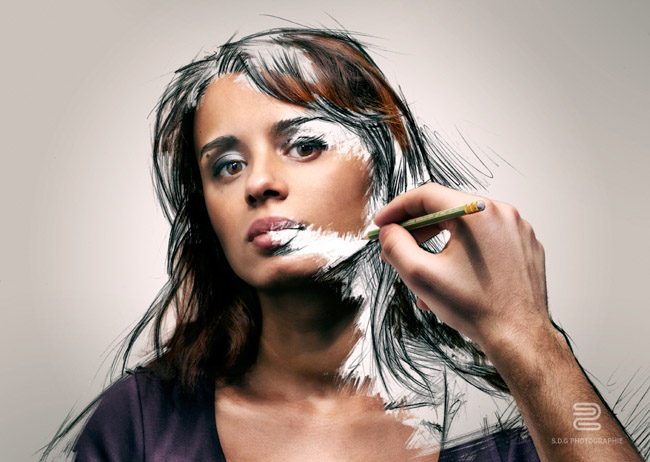 Photographers are no strangers to the notion of being pigeonholed. It’s not the simplest ordeal to escape from either. One of the more difficult and contributing aspects of this is the fact that it happens gradually, and when we become good at something, we do it often. For many photographers though, being a photographer is not the only artistic facet or talent, as it’s often the icing on the cake. Some are great musicians, painters, etcetera, and combining those into your photo work can irrigate what can seem to be a barren landscape of creativity. 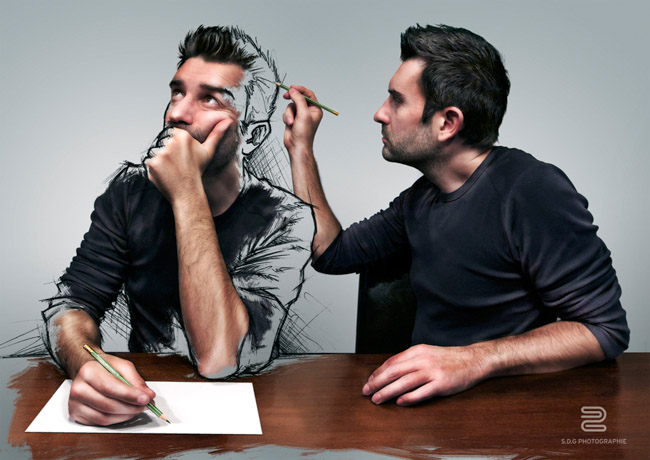 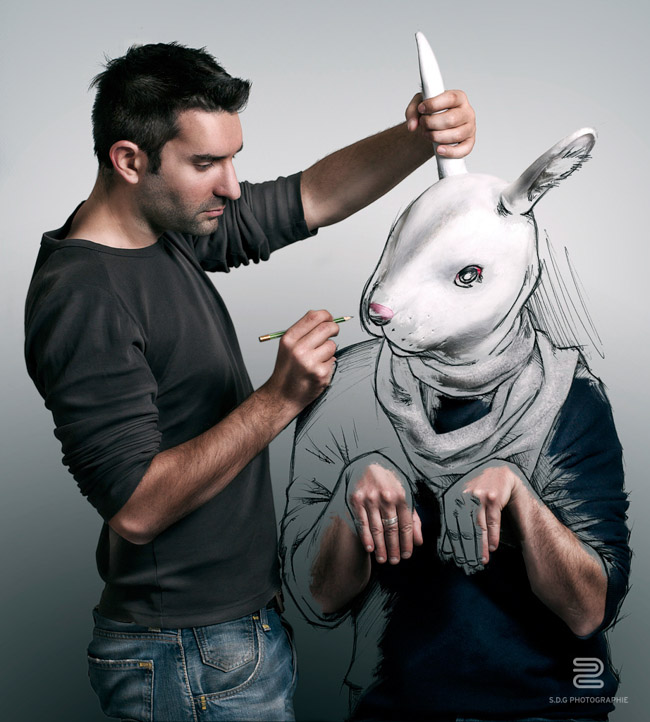 Sébastien Del Grosso is a formidable and accomplished photographer in his own right, and one glance at either his Flickr, Behance, or 500px accounts will illuminate that he has both an artistic eye, and the technical proficiency to render what it sees on ‘film.’ Drawing, is also something he is seemingly adept in, as he shows in some of his newer works which combine that form with photography in a mixed media technique. He has two primary series, which illustrate (pun intended) this: “Désire d’existence,“ which he calls a short story in 5 images, and another that’s more conceptual called “The Sketch Of A Life.” Of the idea he says,

Since my childhood, drawing has always been a passion, but when I discovered photography, I thought that the combination of these two passions would allow me to give free rein to my imagination…. I wanted to illustrate my life, like my sketches gave birth to each action or by the intervention of someone I’m close to, or events that have been important to me.

Each piece seems to go through a process of about 4-5 rather defined stages, which I’ve roughly translated from his native French to be: 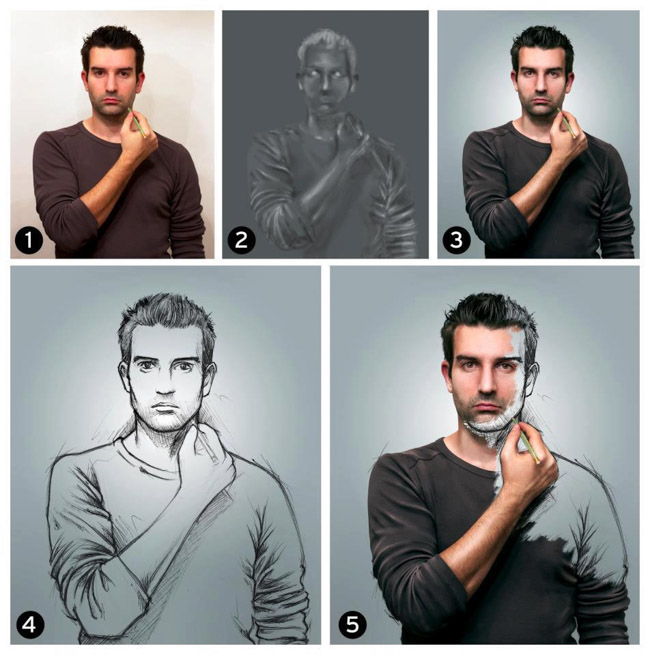 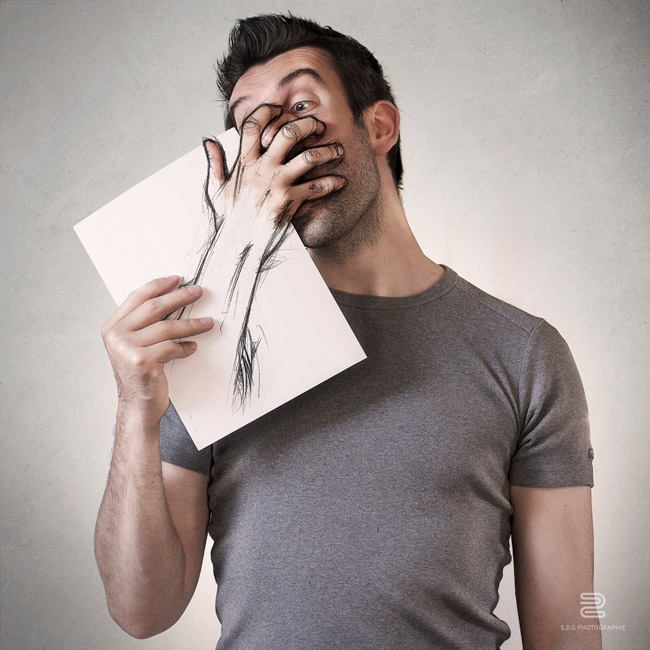 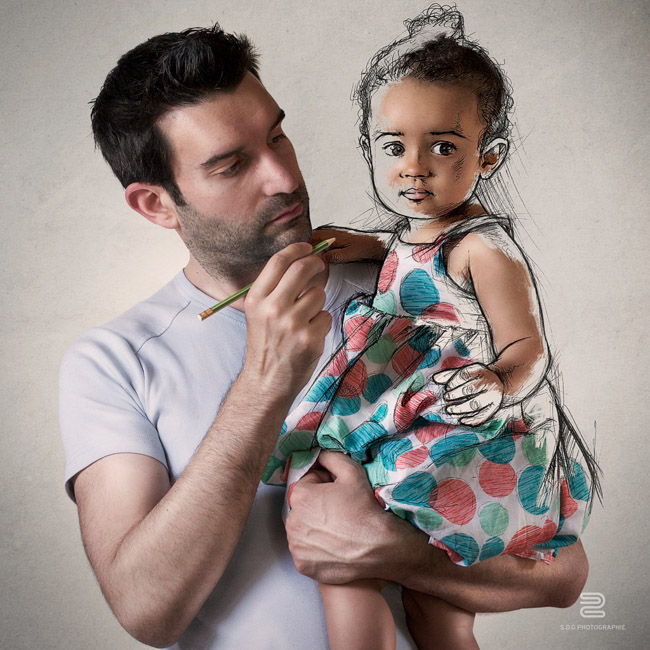 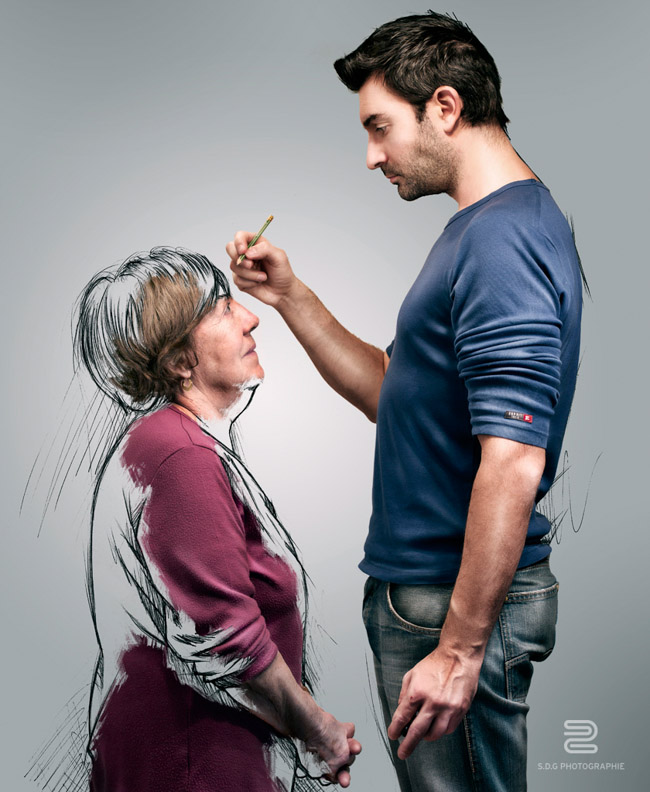 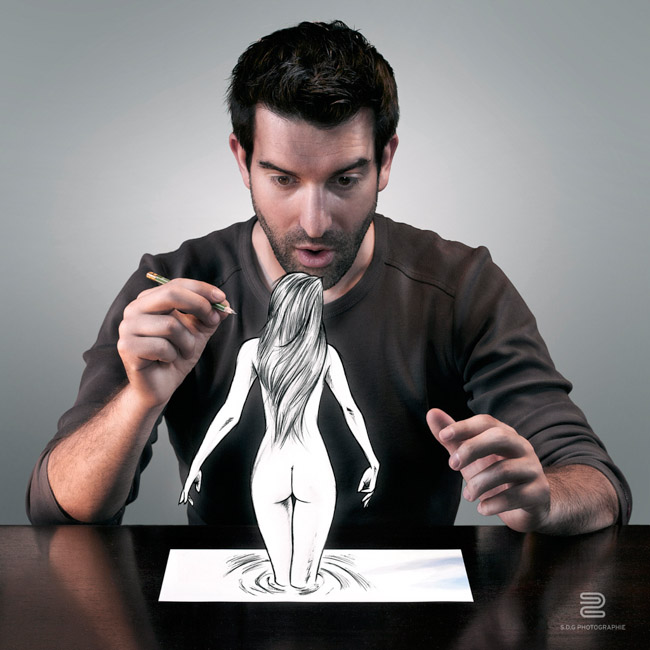 My first thought when I saw the work was, this reminds me of an 80’s A-Ha music video for Take On Me – but modernized and much more seamless. While the actual concept is rather obvious, it’s still interesting, and Del Grosso says he has plans to move away from self portraits and vary the produce.

I think it’s also brilliant that with basic tools most of us currently have, we have really transform our current artistic norms. Be sure to see more from Del Grosso on Behance, 500px, and Flickr, and remember his regular photography is also worth a look.

CREDITS: All photographs shared by Sébastien Del Grosso are copyrighted and have been used with permission for SLR Lounge. Do not copy, modify or re-post this article or images without express permission from SLR Lounge and the artist