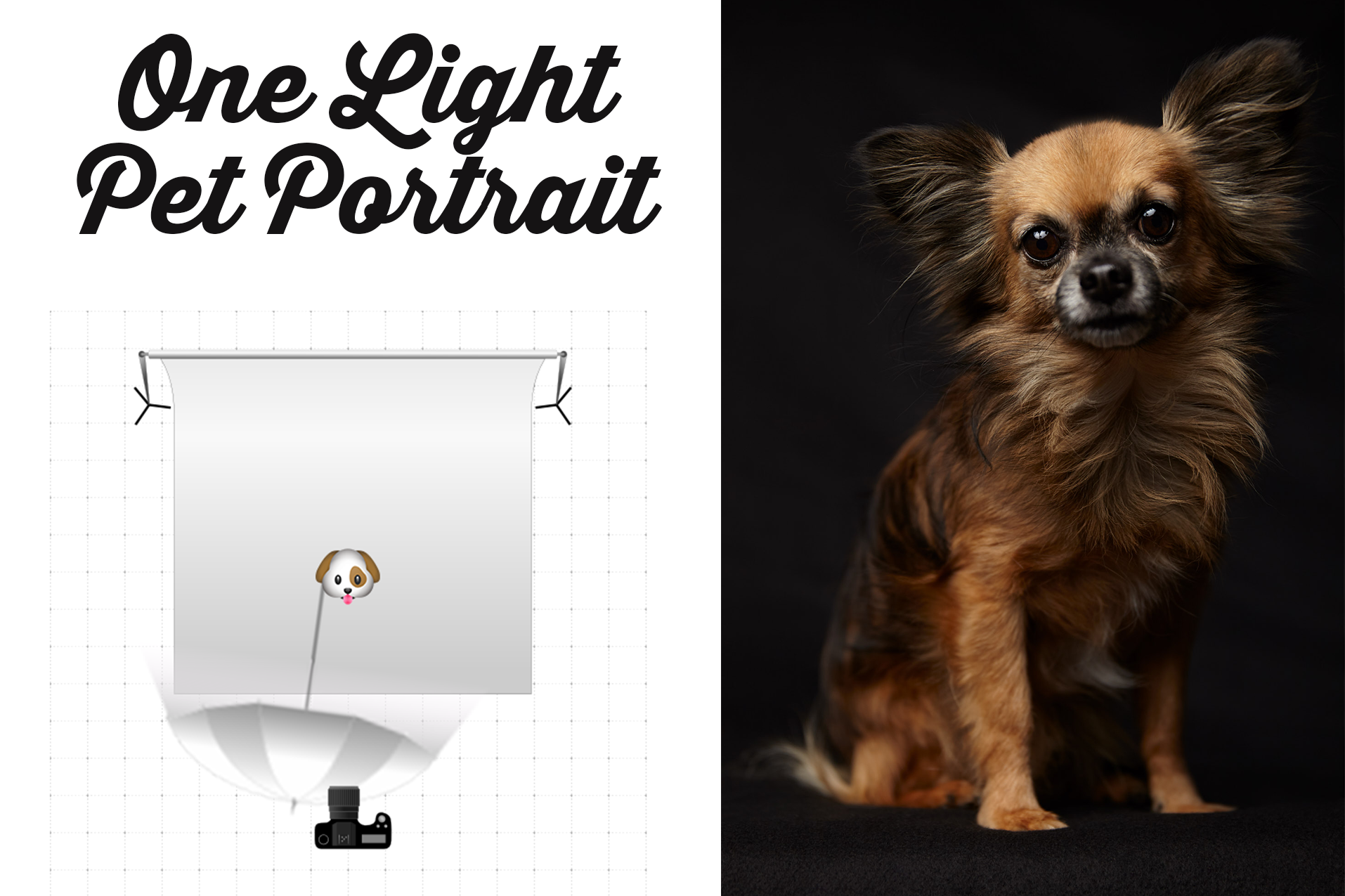 Often, photographers who are considering the graduation from natural-light-only photography to the addition of artificial light into the mix will feel intimidated by the notion. We’re here to show you that there’s no need – using flash can be easy.

When you’re first getting started, using a dyed-in-the-wool, battle-tested modifier is helpful to start the next chapter with encouraging results, and for fans of photographer royalty Annie Leibovitz, Photek’s Softlighter II is that modifier.

The Photek Softlighter II can deliver a soft, painterly light in a highly portable, versatile, and relatively inexpensive package. It is a convertible bounce umbrella (the black backing can be removed for a shoot-through setup) that includes a diffusion cover. It acts similarly to a large, shallow octabox, but has a light characteristic of its own. Here we’ll show you one way to use a simple setup to capture pet portraits in your home. 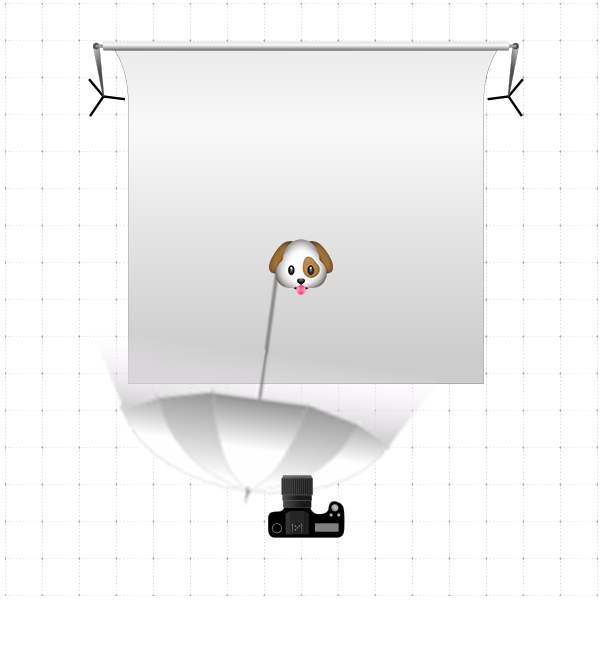 With small pets, couches make a simple backdrop solution. Most people have one in their home and merely draping fabric over the back and seat creates a comfortable place for your subject to sit that looks clean and elegant for photographic purposes. By elevating the pet above ground, their mobility is slightly reduced which buys the photographer a bit more time to grab the shot. A black piece of fleece fabric was used as just described for this shot.

The Softlighter II was placed close to the subject, about 2 feet away, and nearly on-axis. The Softlighter was angled down so that the light hit the front and top of the subject and was allowed to spill onto the backdrop behind. 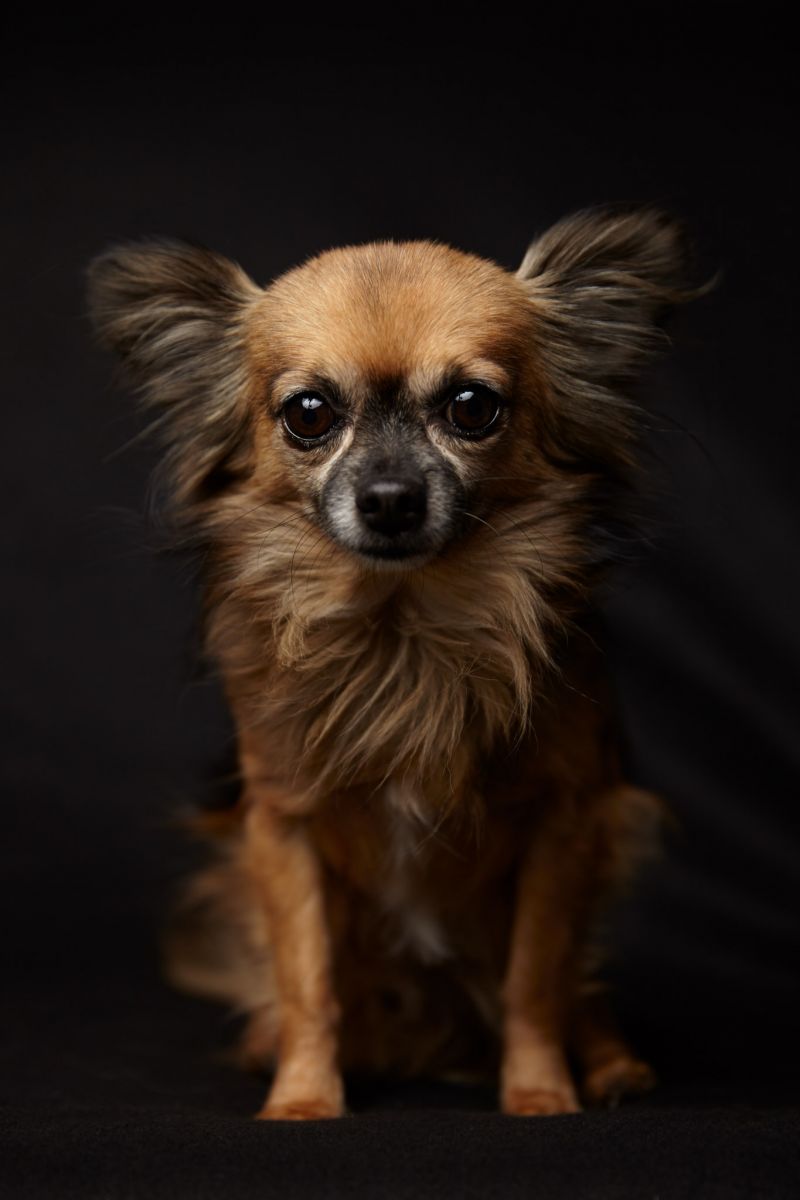 The camera’s base ISO of 100 was chosen for the cleanest images, and a higher ISO setting was not necessary as the flash was providing adequate light.

The shutter speed of 1/125th of a second was selected as a speed below the camera’s flash sync speed of 1/200th that was fast enough to eliminate ambient contamination.

The focal length of 70mm was chosen as it is the most fitting for a close-up portrait of what is available with the 24-70mm lens used. Sometimes in pet portraiture a wide, distorted look can be cute, making something of a caricature of the pet, but that wasn’t the look desired in this case so the long end of the lens was used.

The f/2.8 aperture was used for a few reasons. First, it allows for a small flash to be used at a lower power level which is provides for a faster recycle time – something that is always useful when working with animals. Second, it adds forgiveness with the DIY couch backdrop which is close to the subject.

Particularly with animals, who cannot usually be instructed to be perfectly still, backgrounds like the one used here are likely to become wrinkled. Of course, you can Photoshop it, but that takes time and a skill set that must be developed aside from photographic ones. The shallow depth of field can turn shifted fabric into texture that works in the image

Shooting wide-open isn’t a perfect solution, however. It is a subject of debate when working with animals whether or not the blurry nose that results is acceptable. Many animals will have a nose that protrudes much further than a human’s, and for a pet who possesses a particularly long one it might look better to stop down.

The other downside to shooting wide-open is the flip side to one of the reasons for opening up in the first place – moving pets. Shooting at your lens’s widest aperture increases the likelihood of missing focus if your subject moves and your camera’s autofocus does not keep up. Ultimately, it’s up to you if you like that aesthetic or would prefer to stop down. If you prefer a narrower aperture, keep in mind that you will have to increase your flash output. 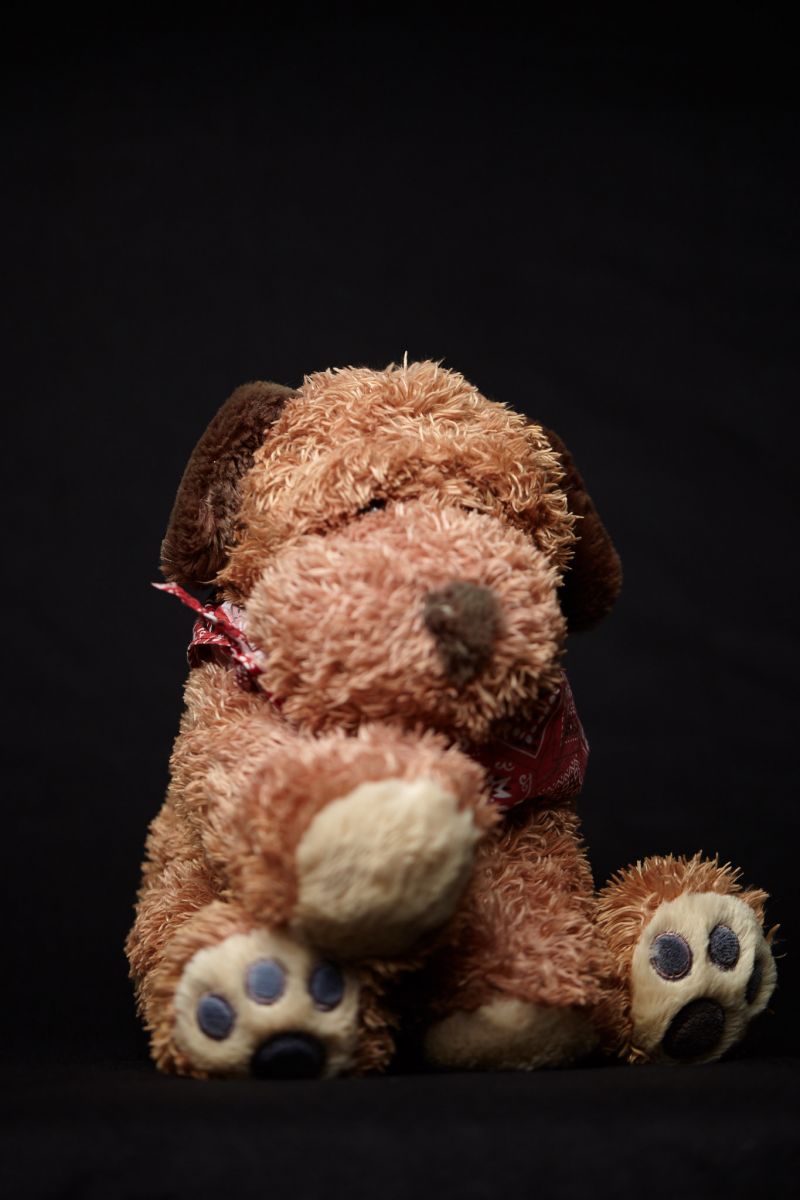 A stand-in stuffed dog was used to test and adjust the lighting before bringing the subject on set. With the stuffed dog, I tried the 100mm f/2.8L lens initially as a more ideal portrait focal length than 70mm, but its autofocus proved too slow in the low light of the room on a dark background for a live animal. That idea was scrapped, favoring the 24-70mm f/2.8 listed at the beginning of this article with its much more amenable focus speed.

Whenever possible, it’s preferable to get your lighting dialed in before the subject arrives on set, especially with pets. There will potentially be tweaks to make once you see the light interact with the actual subject, but it’s better to have a solid starting point. 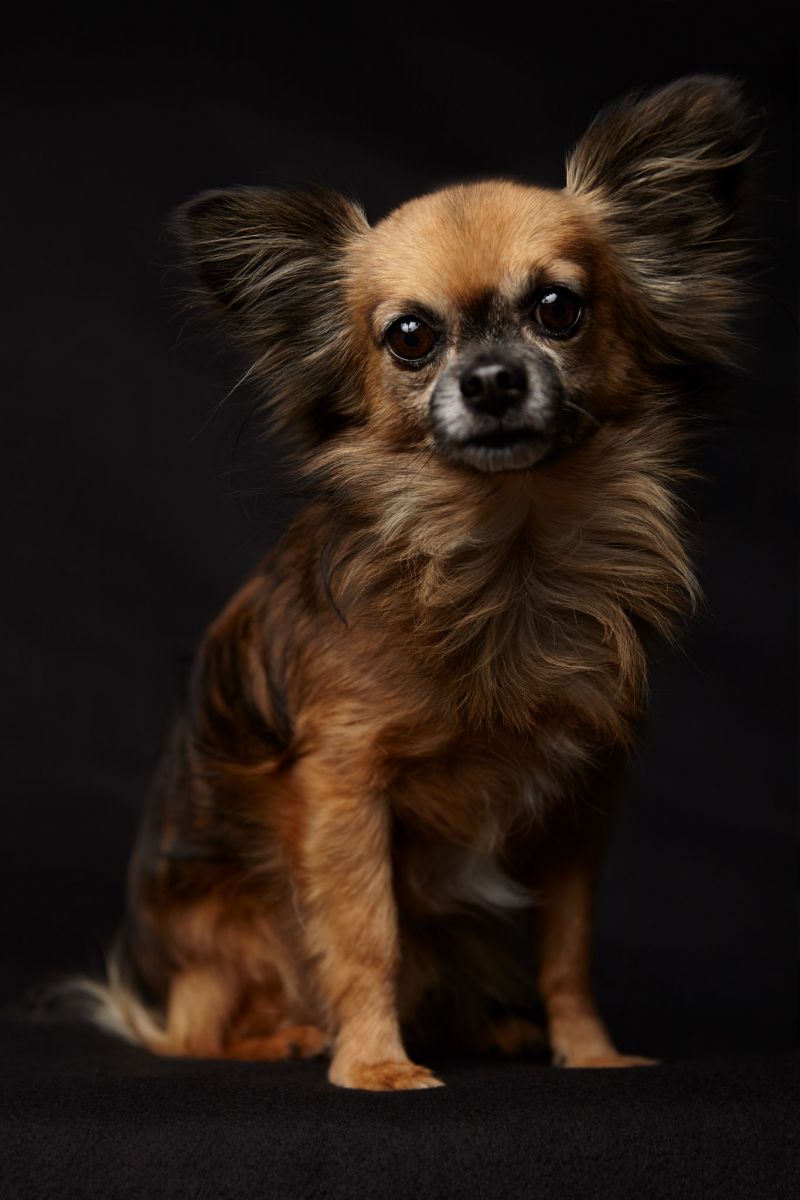 The model, Biggs, was moderately cooperative. He was pretty laid-back which worked for the shoot, but his attention span was limited and most of the better shots were taken at the beginning of the shoot before he started losing interest. He wasn’t motivated by food, but did respond to a squeaky toy and making silly noises.  Toward the end, he kept trying to sit on my assistant’s lap or hop off of the couch to investigate an unfamiliar setting and the tricks up my sleeve weren’t enticing enough to keep him going.

After reading this article, are you rushing to pick up a Softlighter II or dust off one you’ve already got?

Even if pets aren’t your thing, they are a fantastic modifier for humans as well. Just ask Annie.

Pratik Naik's Color Editing Workflow | An Introduction to Capture One