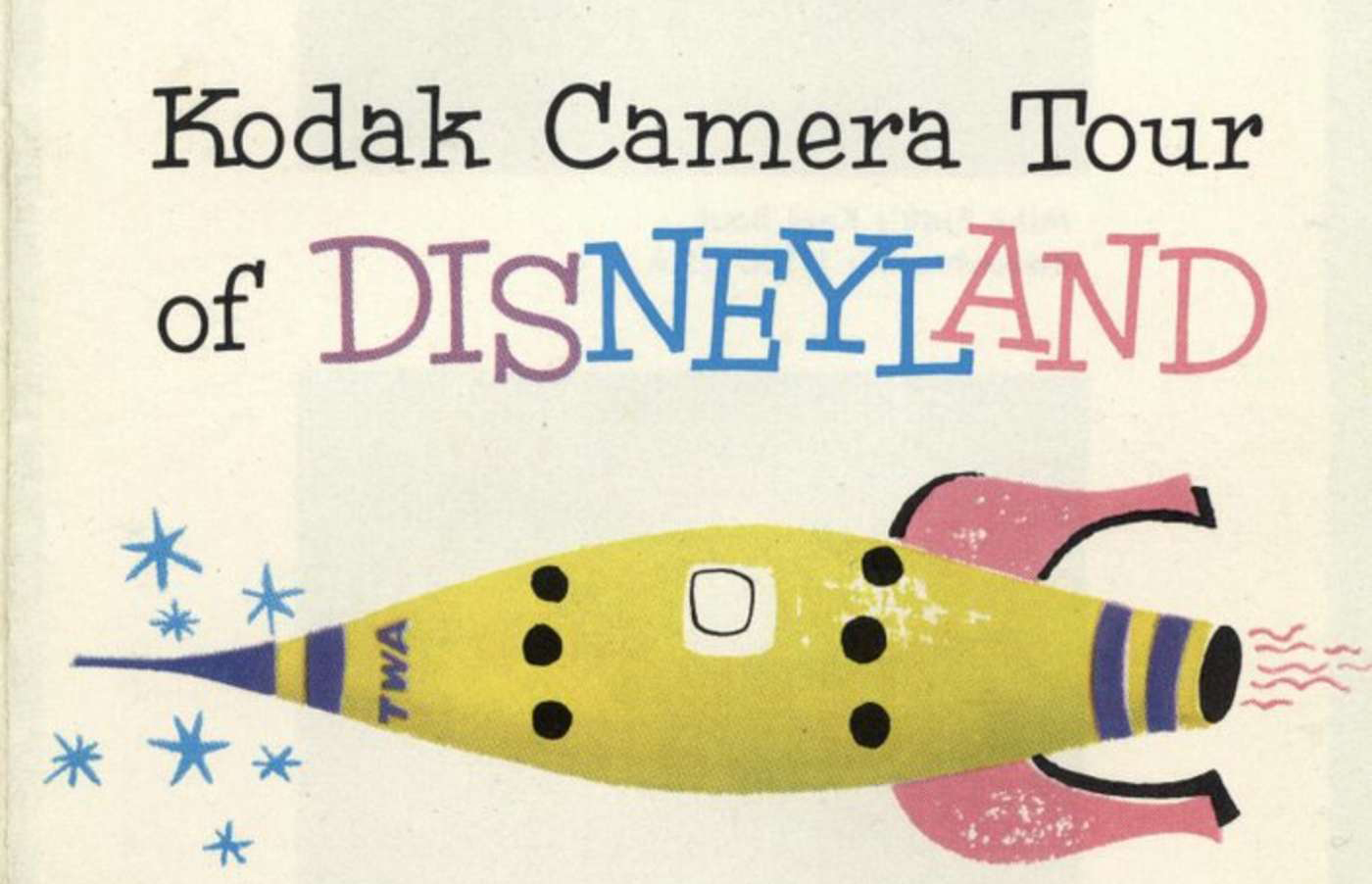 The happiest place on Earth is probably one of the most photographed places in the world, even after they banned the selfie stick a few months ago. Disneyland is one of the most visited theme parks in the world with hundreds of millions of guests having passed through its gates since its opening in 1955. One year after opening those gates, Kodak published a guide to photographing the vacation destination and nearly 60 years later, Vintage Disneyland Tickets has dug up the vintage pamphlet.

Back then, the Disneyland had five main areas including Main Street, Adventureland, Frontierland, Tomorrowland, and Fantasyland. For each land, Kodak gives recommendations of the type of Kodak film to use and the settings. The guide also includes tips for exposure at night and what settings to use if you are shooting movies, or home videos as my parents called them 30+ years ago. Included also in the pamphlet example images from the park, which looks so different today. 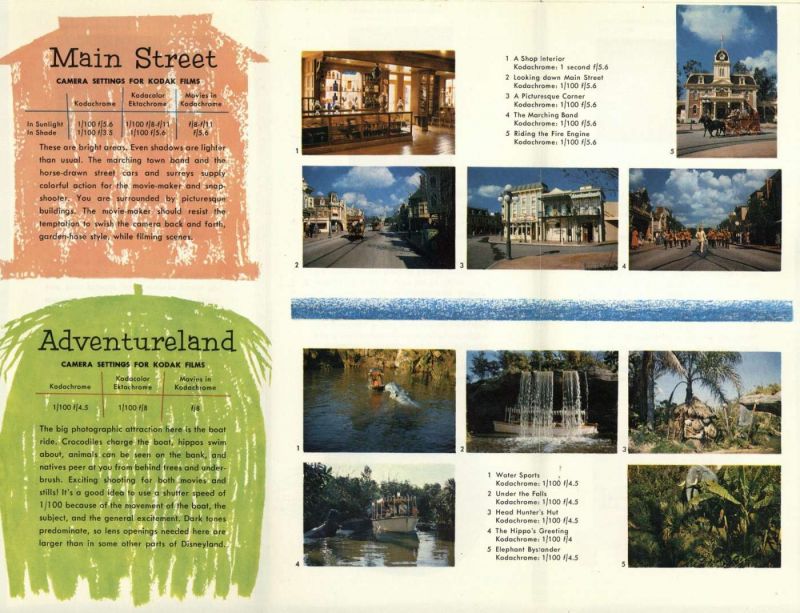 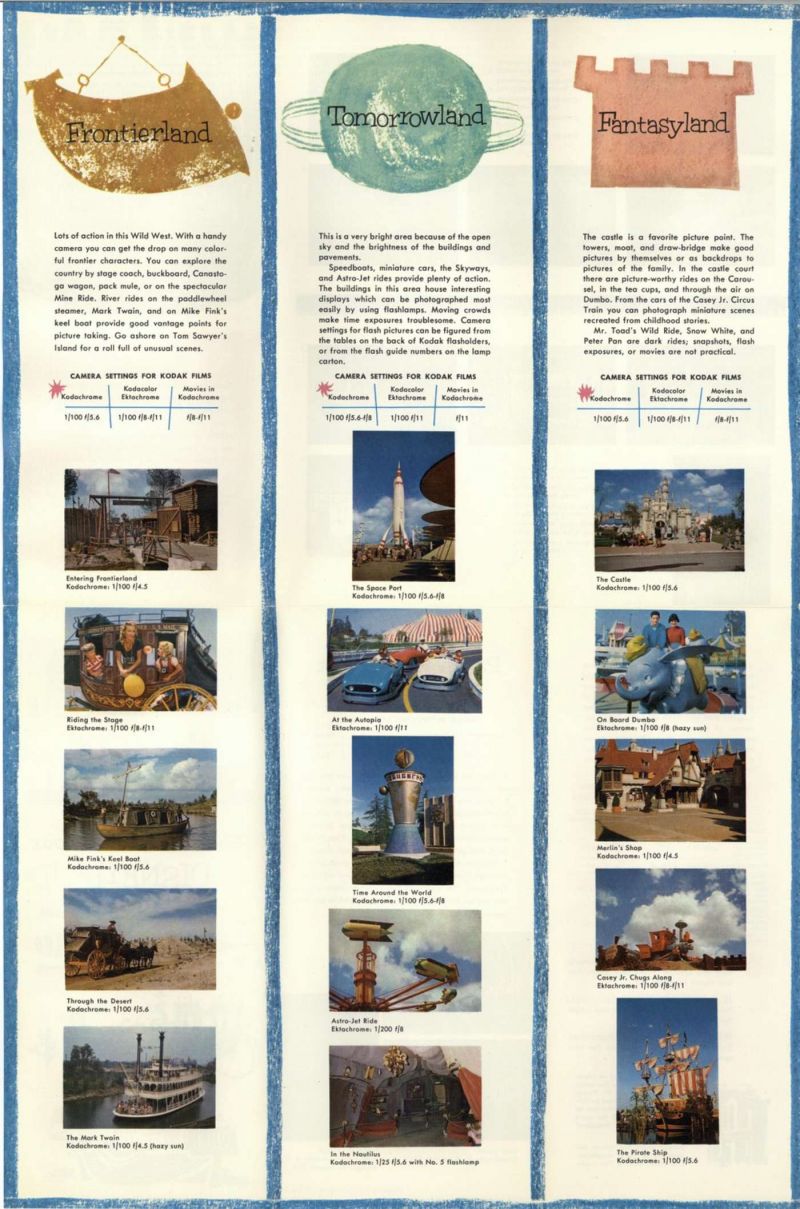 Quite a bit has changed at Disneyland in the last sixty years. They’ve added New Orleans Square, Bear Country, Toon Town and California Adventure. Next year, they are also building Star Wars Land. As the franchise continues to grow and flourish, there will be more and more places and things to photograph with its many, many visitors trying to capture the magic that Disney provides, immortalized in an image. Maybe one day, 60 years from now, people will look through all the images from 2015 with as much nostalgia as we do the set of images seen in this pamphlet.

A final tip, found on the back of the brochure, which made me smile: 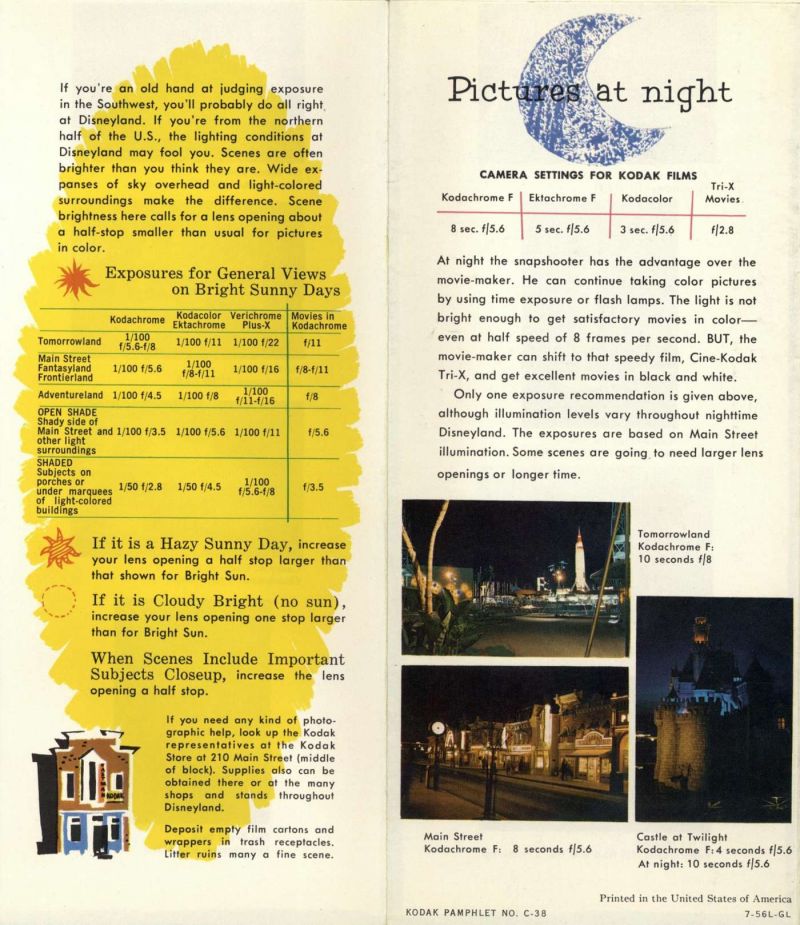 Disney’s California Adventure Park was built in 2001 and sits where Disneyland’s original parking lot once was.