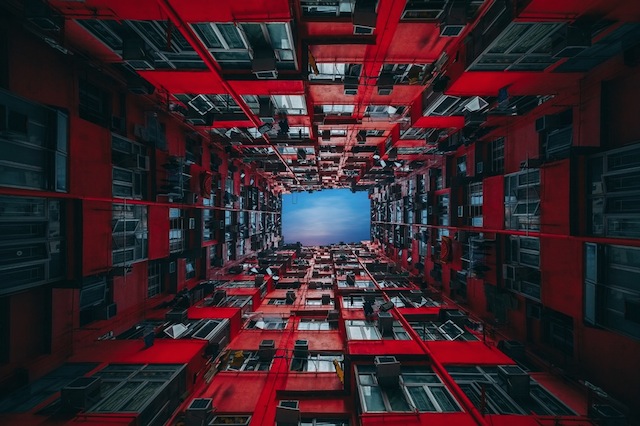 The bustling city of Hong Kong is known for its lights and sounds, sights and smells. It is the East’s ‘City That Never Sleeps,’ and with a population of 7 million people and an estimated tens of millions of visitors a year, Hong Kong doesn’t have the luxury of sleep. In such a densely populated area, the high rises tower over the harbor, vibrantly lighting up the sky with its neon signs, beckoning ships to come join in the hustle and bustle. Australian photographer, Peter Stewart traveled to document the architecture and living environments and public housing in the city in his series, “Stacked.”  The result is of the a Hong Kong Cityscape like you’ve never seen before.

Note, this article was originally written in 2014 and re-featured/updated in 2022 .

Using a very low angle, and from perspectives rarely seen of the famous city, Peter gives us a glance at the geometry and symmetry of the rows and rows and rows and rows of housing. Squeezing over 7 million people in such a small living area, these images are reminiscent of a game of Tetris, with its colorful blocks and columns situated just so.

The sheer amount of housing units is staggering, though with so many people, I cannot imagine how else they would all fit. Peter seems to find just the right angle for each shot to illustrate the matrices of the architectural monstrosities of dizzying proportions. 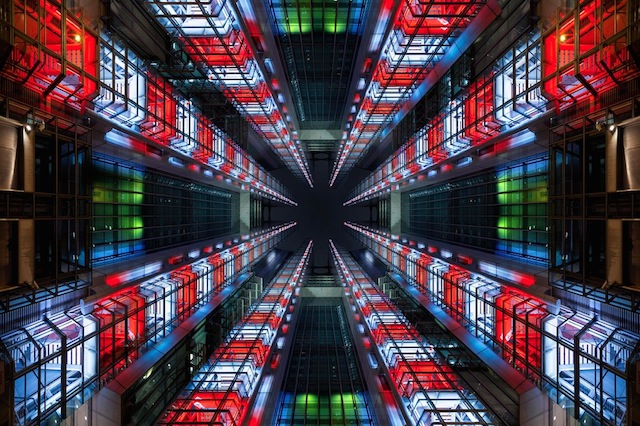 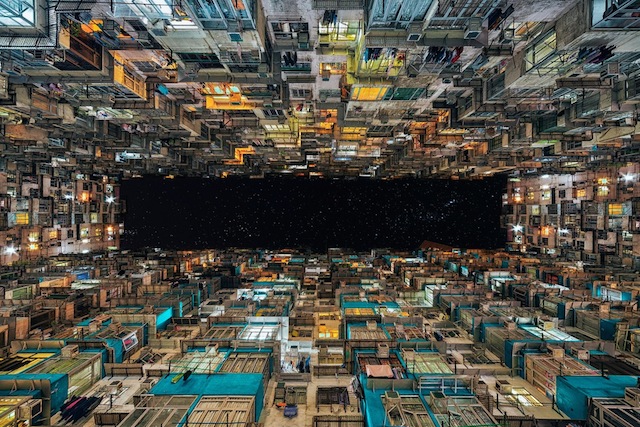 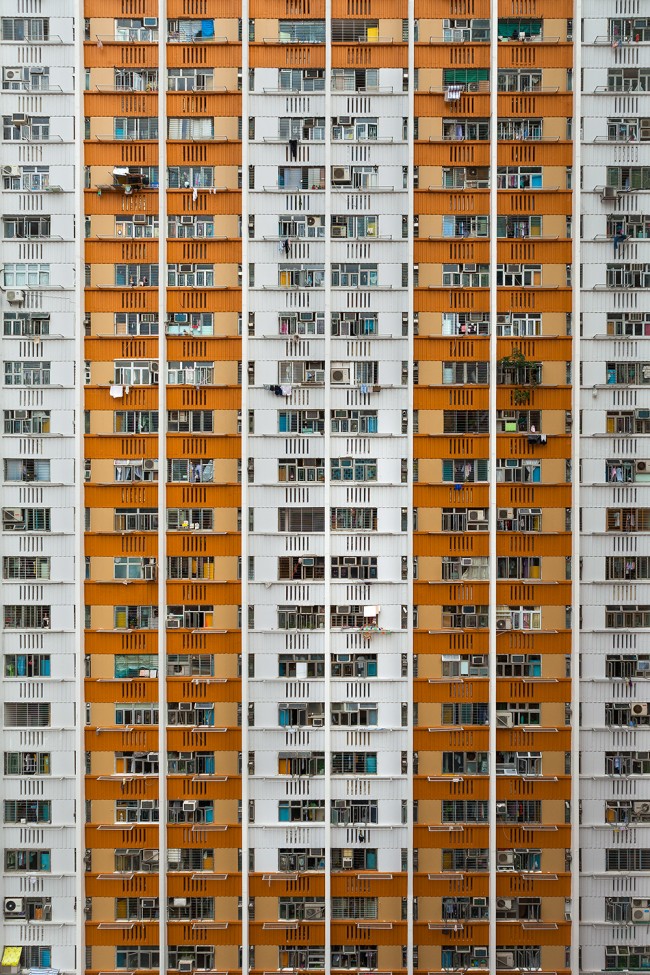 Peter first picked up a camera in 2009, and with no prior experience, began to travel and document what he saw. His images show a vibrant side of the cities he’s traveled, from Hong Kong to Singapore to China and Paris, Peter’s work is simply breathtaking and I encourage you to check out his other series in his portfolio.

More of the Hong Kong Cityscape Images from The Collection 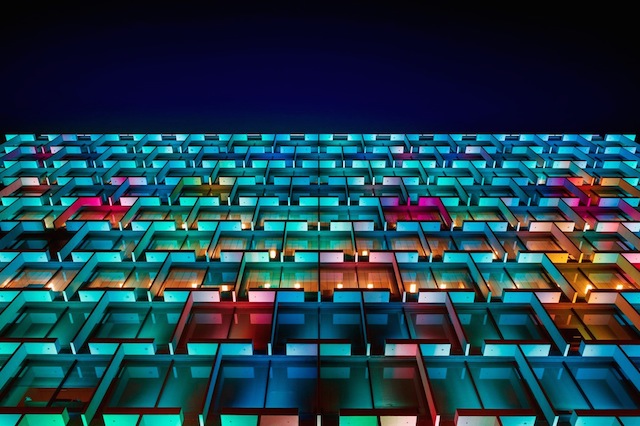 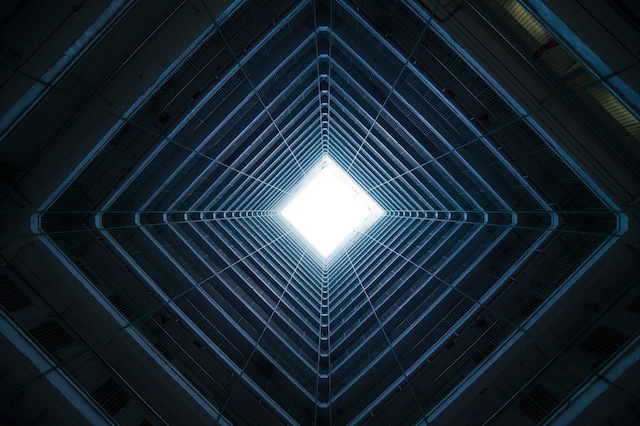 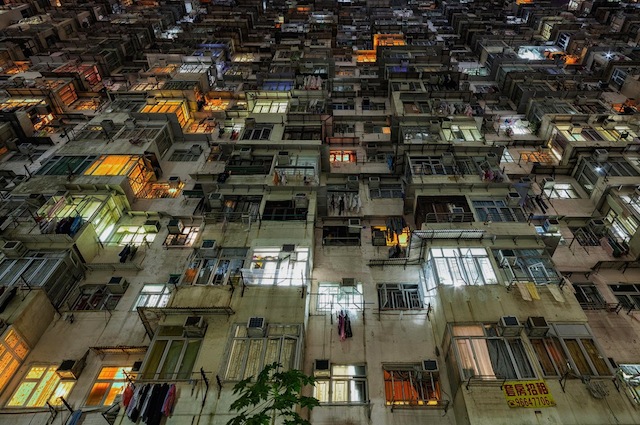 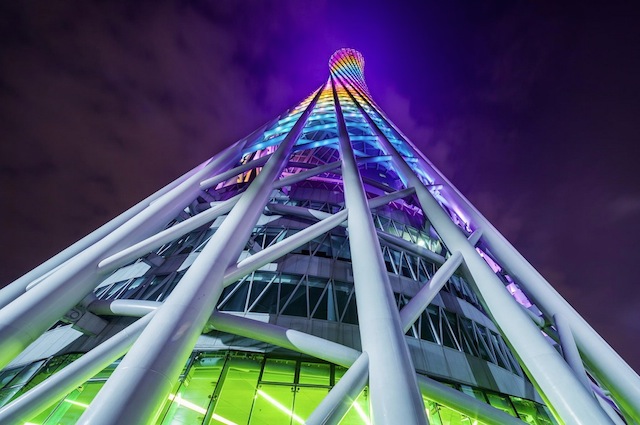 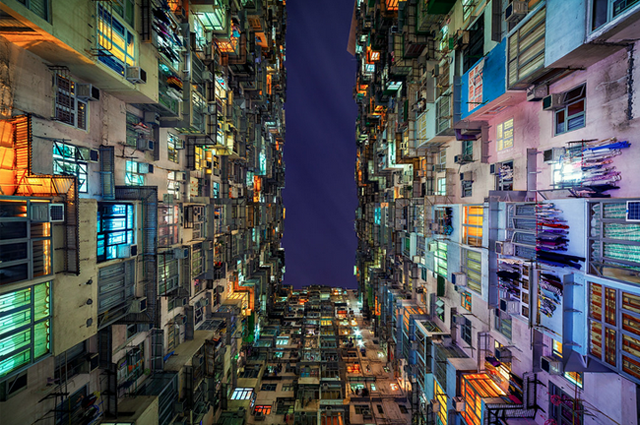 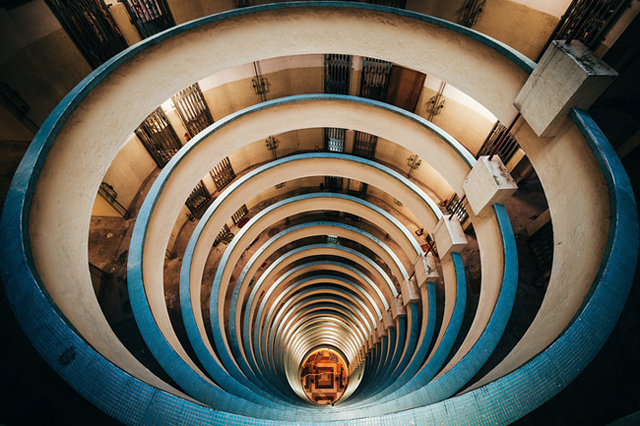 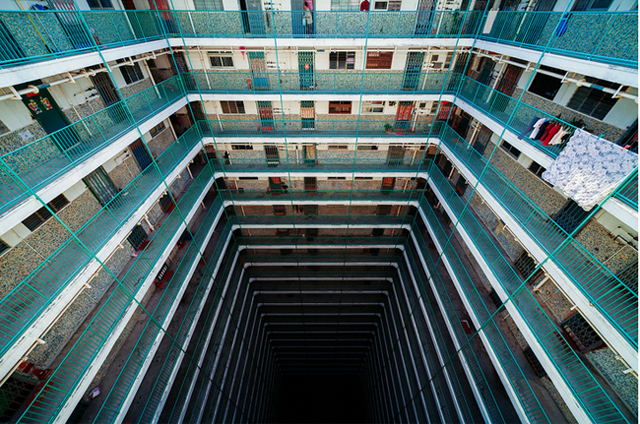 Check out the rest of Peter Stewart’s images on his website and Facebook and if you’re ever in Hong Kong, look up and imagine the sounds of Tetris playing softly in the background.

CREDITS: Photographs by Peter Stewart are copyrighted and have been used with permission for SLR Lounge. Do not copy, modify or re-post this article or images without express permission from SLR Lounge and the artist.