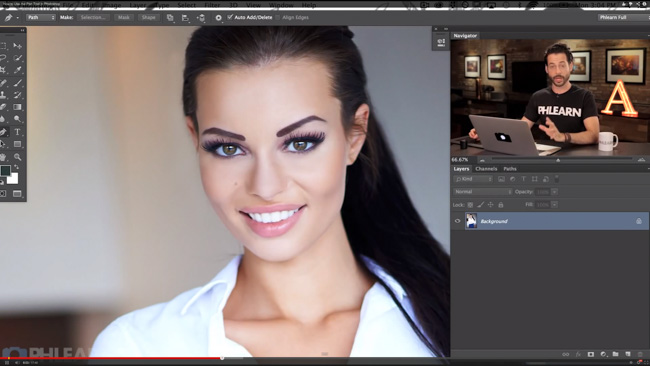 How To Use The Much-Underrated ‘Pen Tool’ In Photoshop 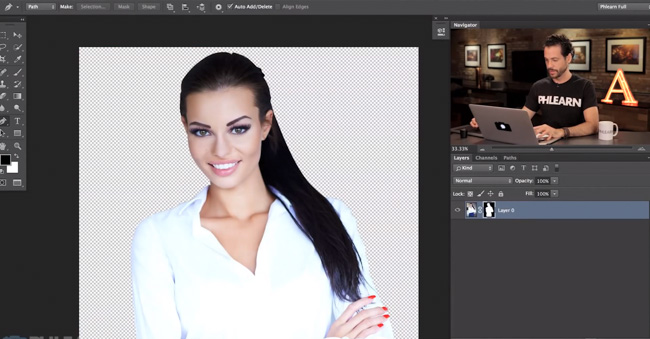 It was, for me, the most daunting Photoshop tool there was. It felt unnatural and the flow was not as organic as other tools like the magic wand. I knew little about it, and thus was a bit afraid of it, so I’d avoid it like I was some immune compromised pensioner, and it had Ebola and was about to sneeze. But the pen tool needn’t be viewed with fear, or avoided, and if you do avoid it, you may be missing out on some of the best Photoshop has to offer.

For some time now, I was considering doing a full on breakdown of it and its uses, but now I needn’t bother because Aaron Nace has provided a welcomed and easy to digest guide to understanding and using the pen tool.

[REWIND: How To Remove Your Ex In Photoshop]

Like anything in Photoshop, putting it into use, and going through the steps and trial and error is necessary for learning and assimilating the information. You can watch videos from now until the cows come home, but if you’re not actually maneuvering through the actions yourself, it won’t be of much use. And you should do these things on a continual basis as Photoshop is a perishable skill. Don’t believe me? Try taking a month off and coming back and see if you can really keep your output level the same and at speed. While following along with this video, I highly recommend you have Photoshop open and sort of play around with the tool as Aaron holds your hand like a small child and guides you through the woods. 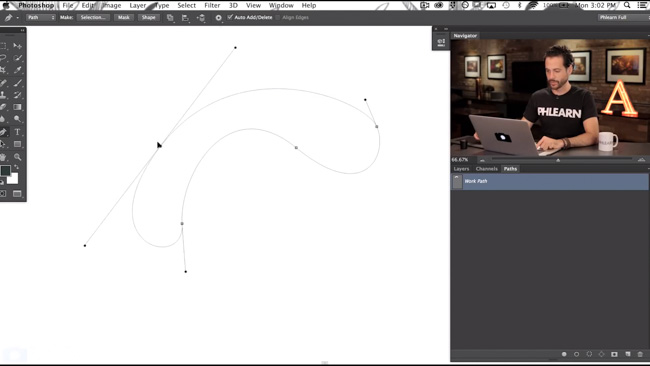 A great thing about learning to use the pen tool is that it is not exclusive to Photoshop, so you may at one point find yourself in front of another illustrative graphic program and recognize your old friend.

The Pen Tool is really all about making selections. You may wonder then, why it isn’t found in the same grouping as the other Photoshop selection tools like the Quick Selection Tool. Well once you try it for the first time, you’ll understand. It follows paths very unlike the rest, and honestly, would be more appropriately named the Path Tool (Probably called a Pen Tool because it was initially developed to assist in the designing of cars). How the paths connect from pixel to pixel is really what makes it such a brilliant tool for making selections whether you want to cut an object out, or move, or simply just separate it to do some other editing. Anyway, without getting really into the boring nitty gritty of it, and without further ado, here’s Aaron to actually show it all to you.