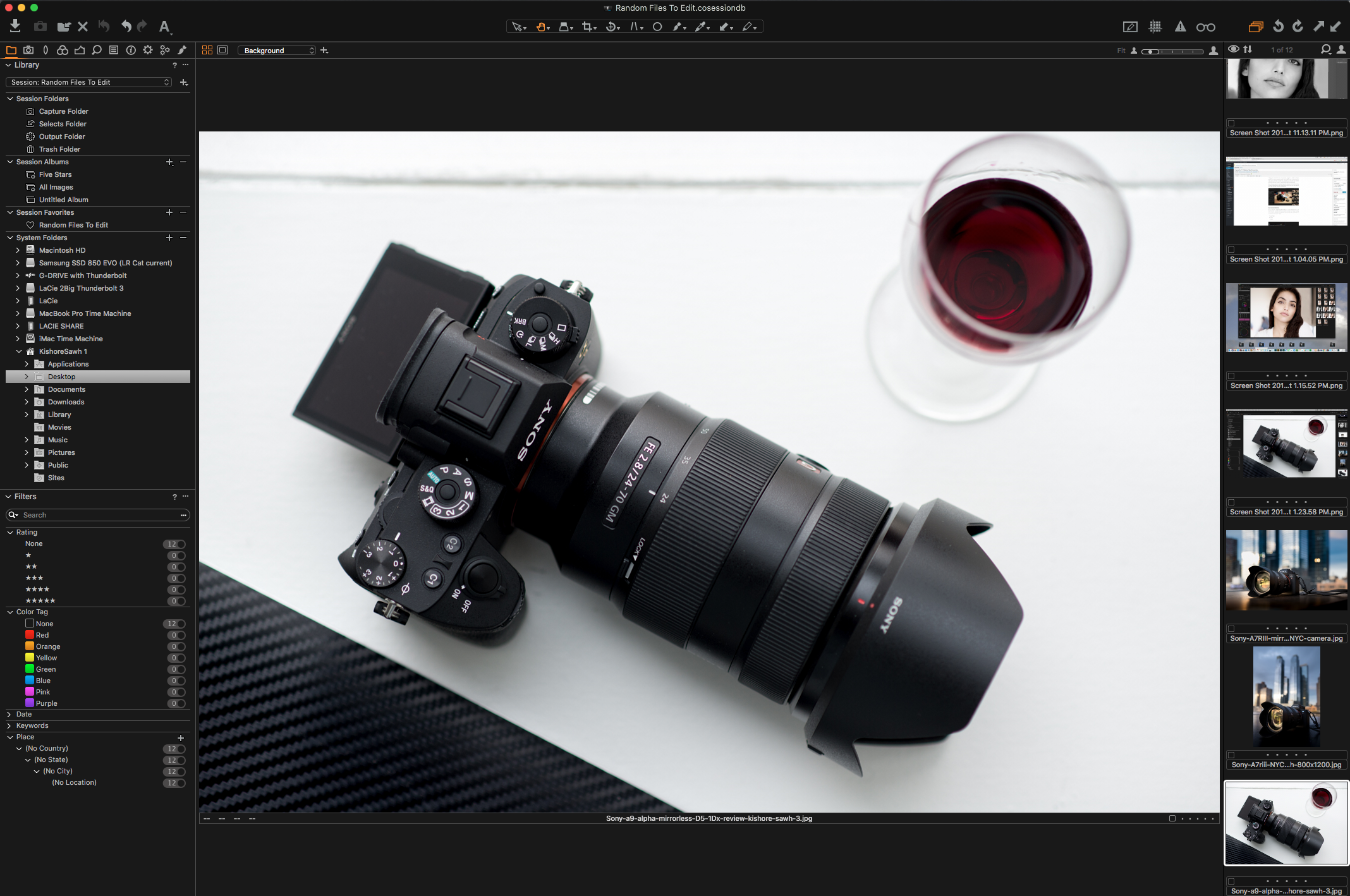 Capture One 11 Tutorial | The Basics of ‘Base Characteristics’

Making the switch from one raw processing program to another is always daunting, to say the least. Familiarity with one software tends to come after much experience and the idea of starting the learning process over isn’t very entertaining. However, nothing ventured nothing gained, and there is a lot to be gained from learning Capture One.

One of the fundamental ways in which Capture One is special, is the ‘tool’ Base Characteristics , and I’ll explain what that is here. 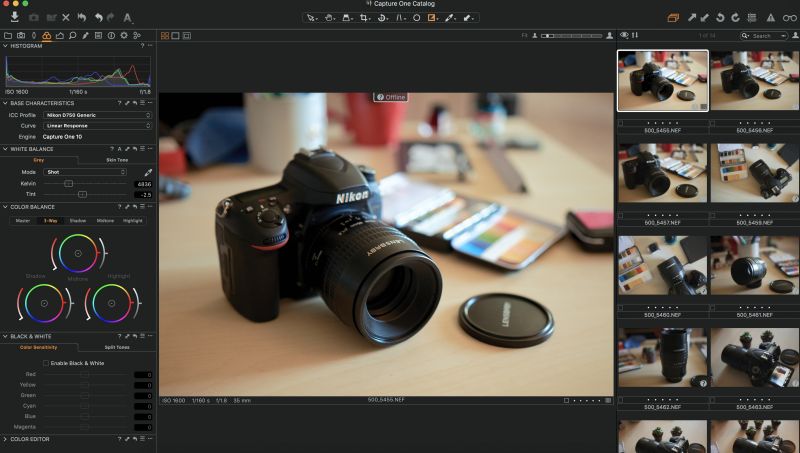 The toolset within Capture One is extensive and in some ways it is similar to other raw converters you may be more familiar with, like Lightroom, though it’s actually significantly more advanced.

It may look like a simple enough tool, but it is a very important one as it determines the foundation of how you further develop your images, keeping in line with its namesake. The following three controls play a critical part in the look and feel of your images. 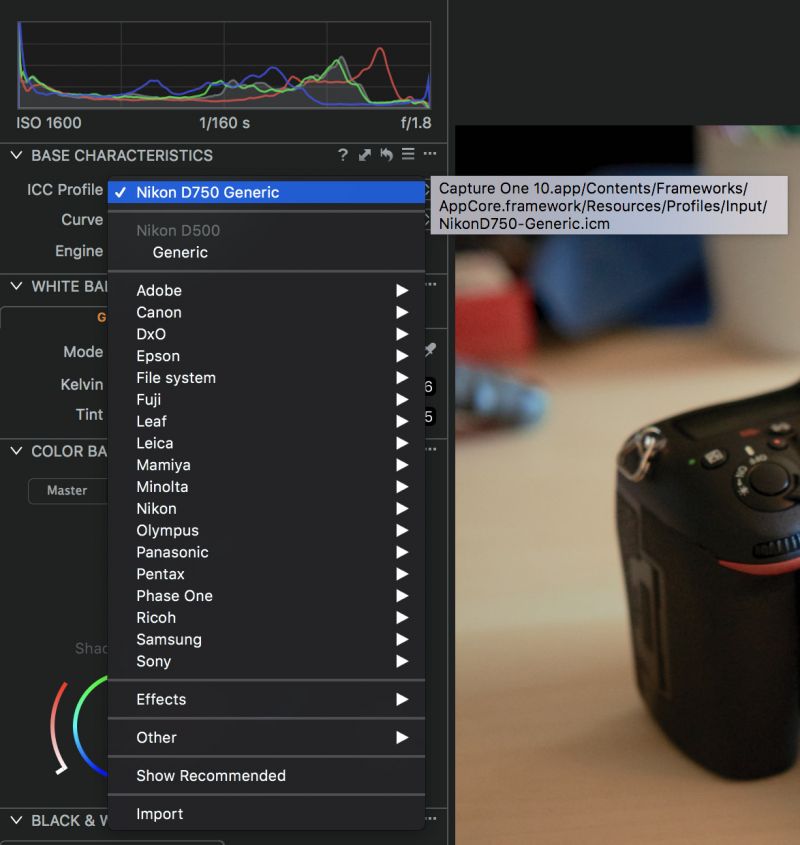 The ICC profile in Capture One uses an Input Profile for each camera in its database. Capture One 11 supports the Raw file format of over 400 cameras and most, if not all, have their own specific profile. The color profiles represent the color characteristics of your camera under normal lighting conditions.

With the exception of a handful of DSLRs and Phase One digital backs, most camera profiles are labeled as “Generic” and provide a good base to create your own. From this generic platform, specialized profiles can be made to boost specific colors, such as fall foliage or enhance skies. 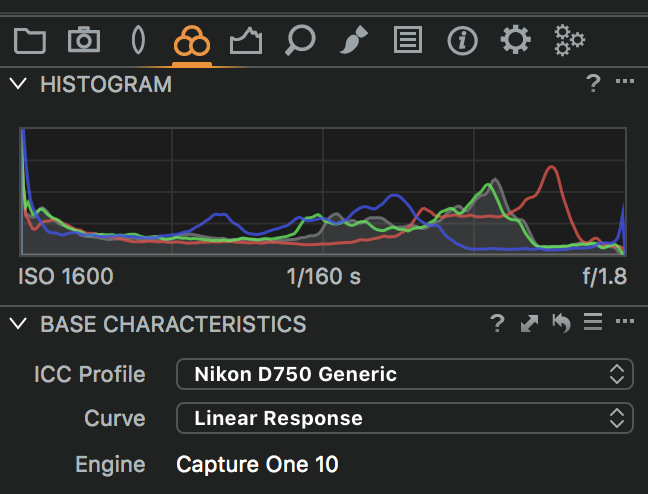 Usually associated with the ‘pop’ that images possess with Capture One, the Curve drop down, or ‘Film Curve’, automatically applies a  curve which helps control the look of a particular image and helps with future processing later on.

The default Curve is Film Standard, which produces an image with characteristics similar to film, with an aggressive highlight roll-off. This can be fine for most situations, but not if you tend to ETTR (Expose to the right). 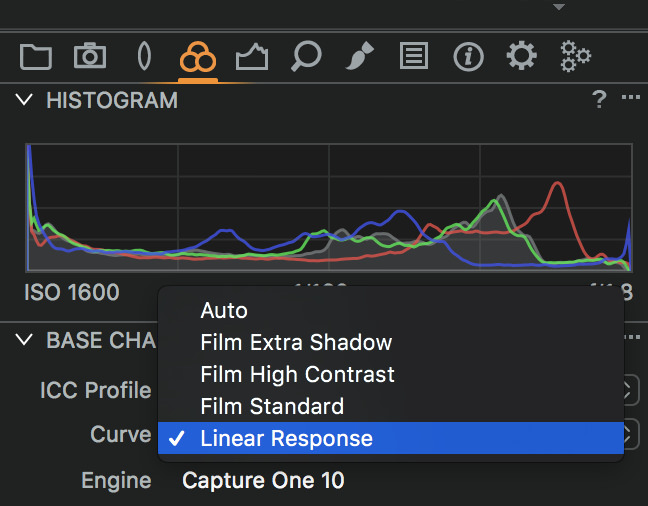 It is the discretion of the photographer to decide how they would like to process their images using the Film curves, however, like a good Moschofilero with Arctic char, certain ICC profiles pair well with particular curves. 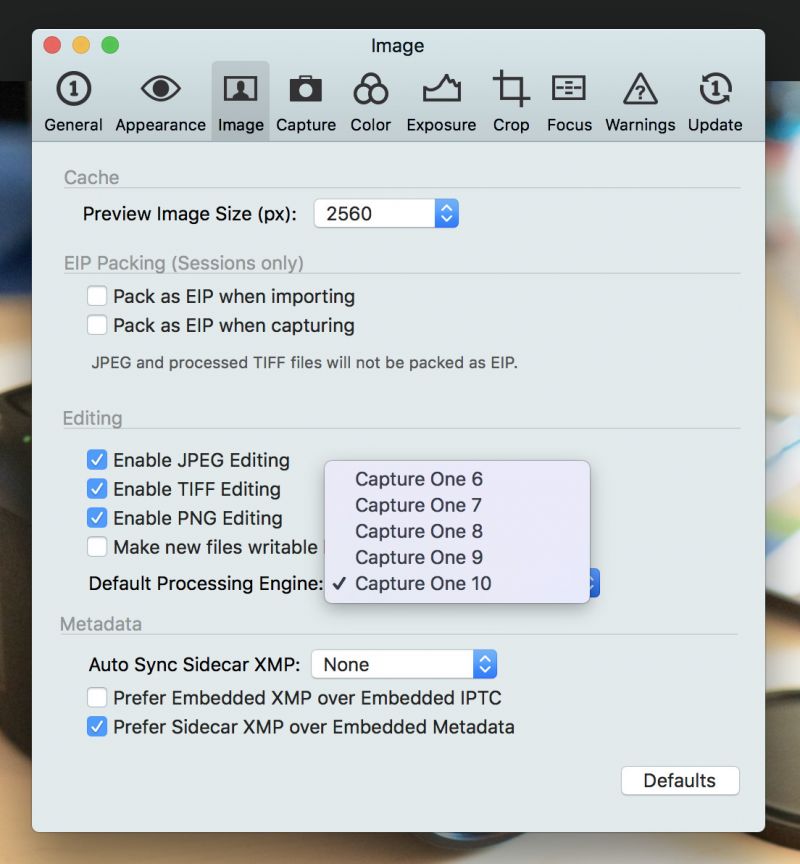 Users of Lightroom and Photoshop should be well versed in Adobe’s Raw Converter (or at least heard of it), adeptly named Camera Raw. It is a common core element that is shared between the two devices that process Raw images in the same manner. It is also the reason why many Lightroom presets can be used in Photoshop and vice versa. Not being an Adobe product, Capture One doesn’t use Camera Raw and instead relies on a more elegant solution. For that we are grateful.

The Engine is what drives the image processing. It is a complex set of algorithms that tries to accurately de-bayer and render the image we intended to capture.  With each new iteration of Capture One brings a notable improvement to image quality in addition to powerful program enhancements.

There shouldn’t be a need to alter the Engine in Capture One as it contains the best that Phase One has to offer in terms of image processing. If you are running an older version of Capture One and make the upgrade you will be asked if you would like to upgrade the engine in your catalog, doing so usually brings the improvements and enhancements to you courtesy of the newer engine. 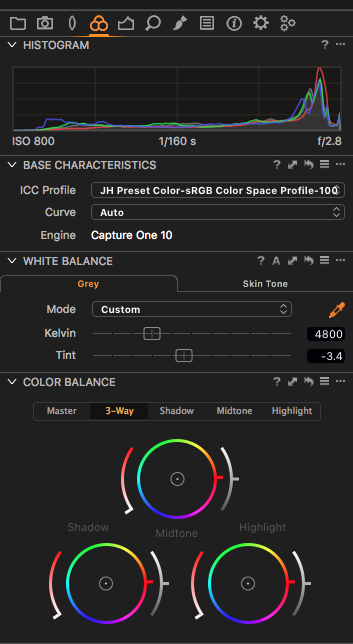 Capture One continues to be an industry leader when it comes to color control editing workflow, and we feel it is the best raw processor on the market. Hopefully, with some basic understanding of how images are processed will make the transition to C1 more enticing and smooth. For more information on Capture One make sure you check out our other articles.

Photography Workflow Tips | Finding Your Footing In Capture One Pro

Capture One Pro | Breaking Down The Astounding Color Editor Tool

The latest from Capture One can be download here. If you have yet to try it for yourself, Capture One 11 is available for a 30-day trial here.