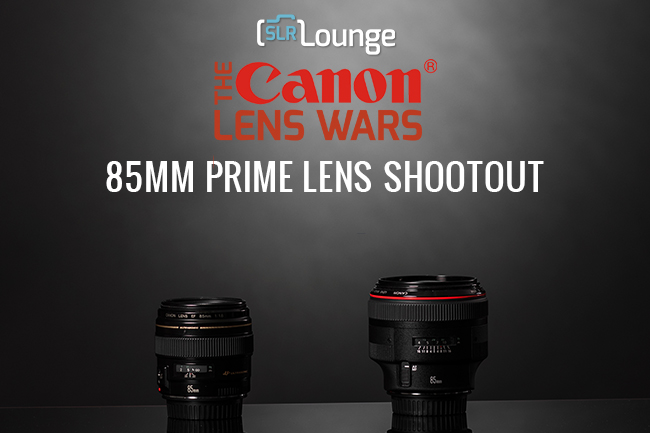 Welcome to Part 1 of the 85mm focal range of the SLR Lounge Canon Lens Wars series. We have 7 lenses in this grouping, so in this first part, we will be discussing just the Canon 85mm primes.

In part 2 we will be comparing the zoom lenses that can match the 85mm focal length, and then we will compare the zooms to the primes in part 3.

The Canon 85mm f/1.2 II clearly shows quite a bit more bokeh at 1.2 than the Canon 85mm f/1.8 does at its WOA of 1.8. In fact, this is one of those times where the visual difference between the two lenses really couldn’t be any more extreme. 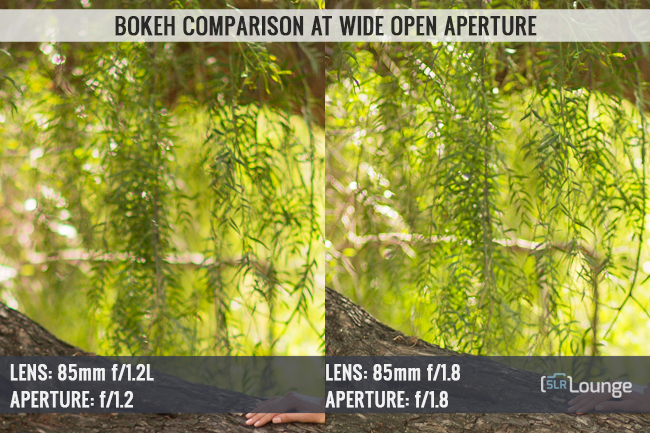 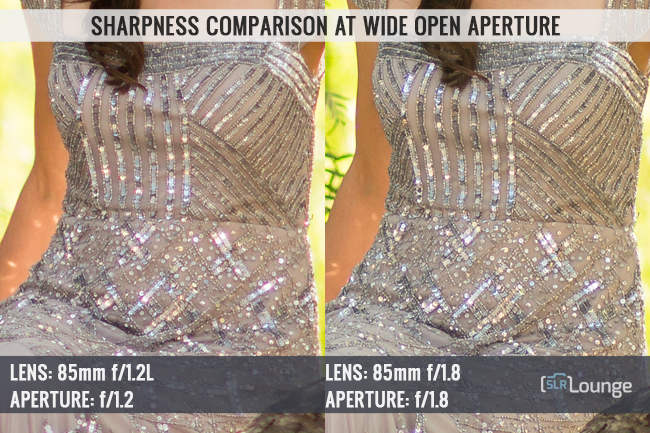 This is crucial because if a lens isn’t sharp enough when wide open, that diminishes the usefulness of shooting wide open with that lens. Case in point is the Canon 50mm 1.4, which we noted in our Canon 50mm Primes Shootout as being too soft and “dreamy” at wide open.

So, while the 85mm 1.2 is a bit softer, it is still completely usable and it has a very different visual look than when compared to the 1.8. 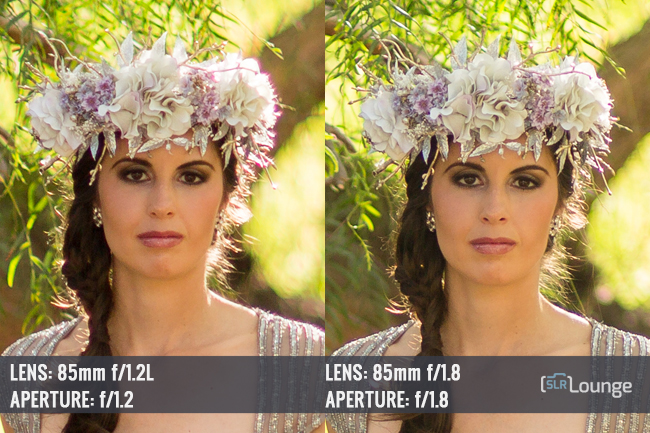 In addition, when wide open, the 85mm 1.2 appears to have slightly better contrast and color rendition than the 85mm 1.8. 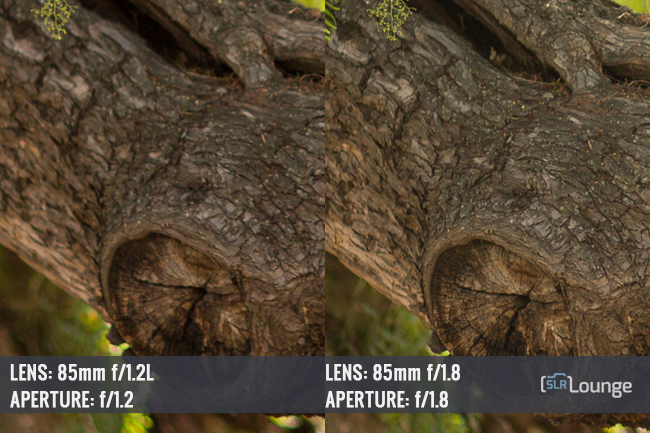 So, why don’t we step them both up to their Widest Common Aperture (WCA) of f/1.8 and see if the aesthetic differences are still as noticeable. 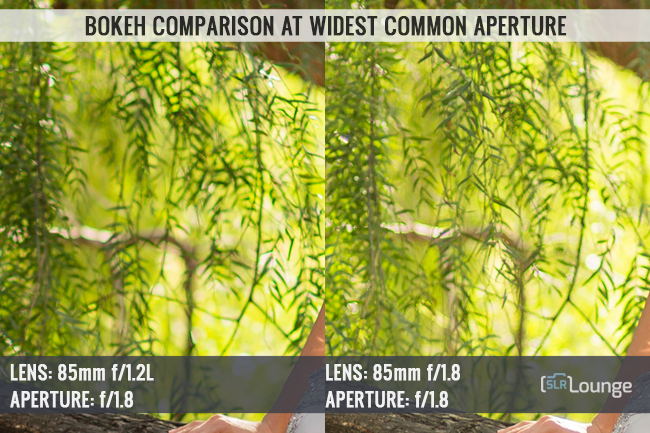 The 85mm 1.2 also has a bit more vignetting which actually does a really nice job of pulling down edge highlights to add to the overall look. 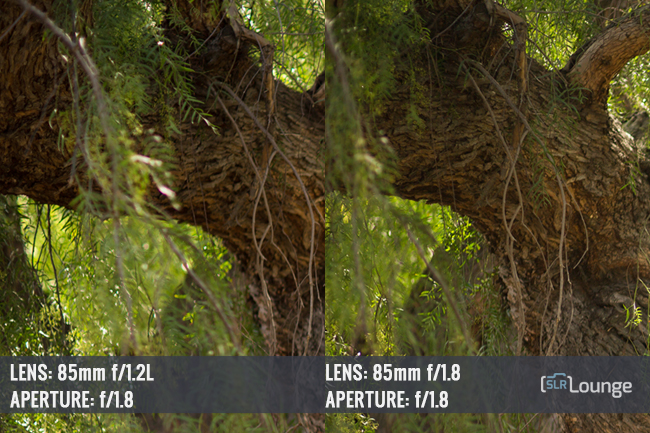 What is most noticeable with both lenses at their WCA is that the overall contrast and color of the 85mm 1.2 is simply much better than the 1.8. 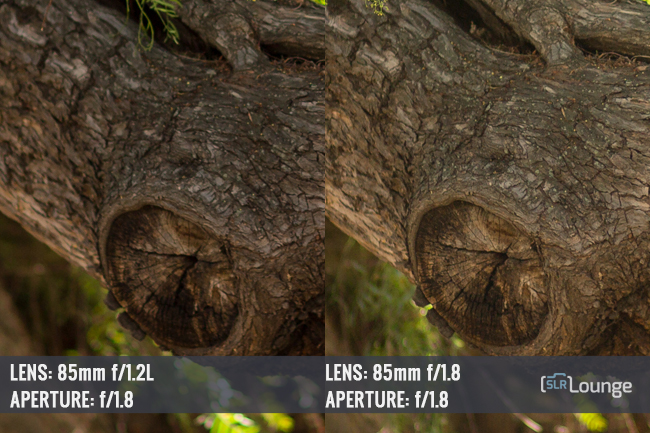 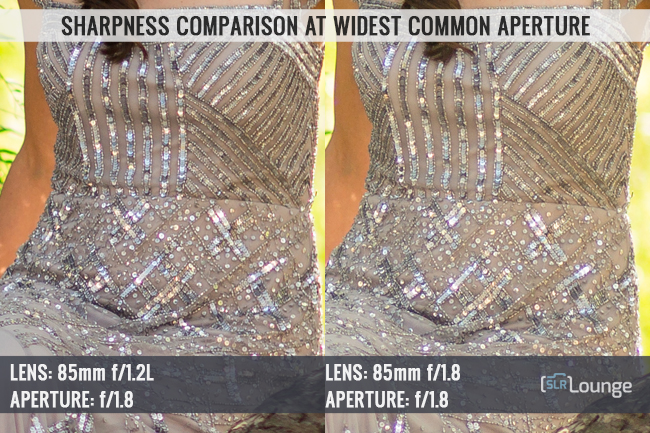 At f/2.8 is where the 85mm 1.2 pulls ahead in terms of detail, sharpness. We also see that at f/2.8 the 85mm 1.2 also has better overall color and contrast, which is expected since you are paying so much more for the L version. 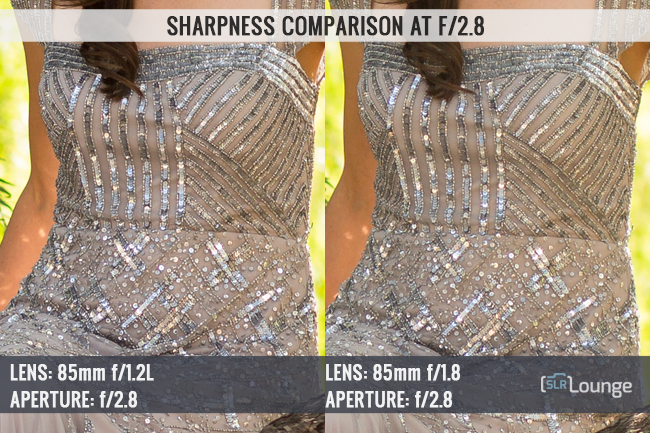 However, at f/2.8 the look in the aesthetic quality of the bokeh appears to level off a bit. The 85mm 1.2’s bokeh is still a bit more creamy and smooth, but it is difficult to see the difference without zooming in and comparing side by side. 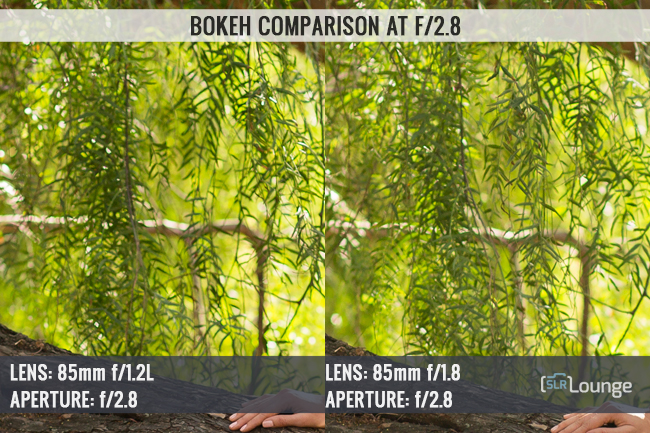 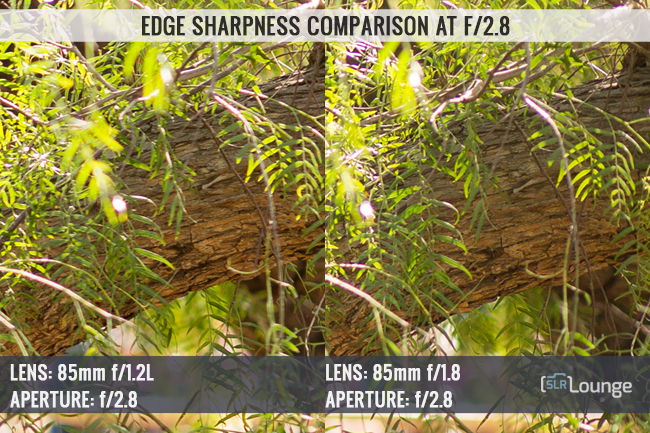 So, what’s the conclusion? Well, for $419 you can get the Canon 85mm f/1.8. It is not only a good lens for the money, but it is one of the best values you can get in terms of prime lenses.

While you do lose a stop of low light capability, and it doesn’t quite have the same amount of creamy-licious bokeh as the Canon 85mm f/1.2L, it is still amazingly capable, very quick in low light at 1.8, and creates a beautiful amount of bokeh while also being usable at f/1.8.

Now if you have $2,199 to spend, then stepping up to the Canon 85mm f/1.2L will give you a lens that can create a look unlike any other. With a maximum aperture of f/1.2 and the 85mm focal length lens compression, you get an incredible look in the bokeh which really isn’t matched by any other lens.

But that additional performance does come at around 5x the cost, which means that you need to decide if it is personally worth the additional cash for that boost in performance. For professionals and avid enthusiasts the answer is a resounding “YES” it is definitely worth the money. But, for hobbyists and those on a budget, don’t worry, because you can get 80%-90% of that quality and look out of the Canon 85mm 1.8.

Finally, the one knock against the 85mm 1.2 is its slow focusing. Although we did not use auto focus for the purpose of this shootout, when we do use the lens in general, the focusing is just not as quick as the 85mm 1.8.

When we compare our favorite zooms to these 85mm primes in part 3 of this series, I will be able to show you whether the other zoom lenses can create a similar enough look to these 85mm.