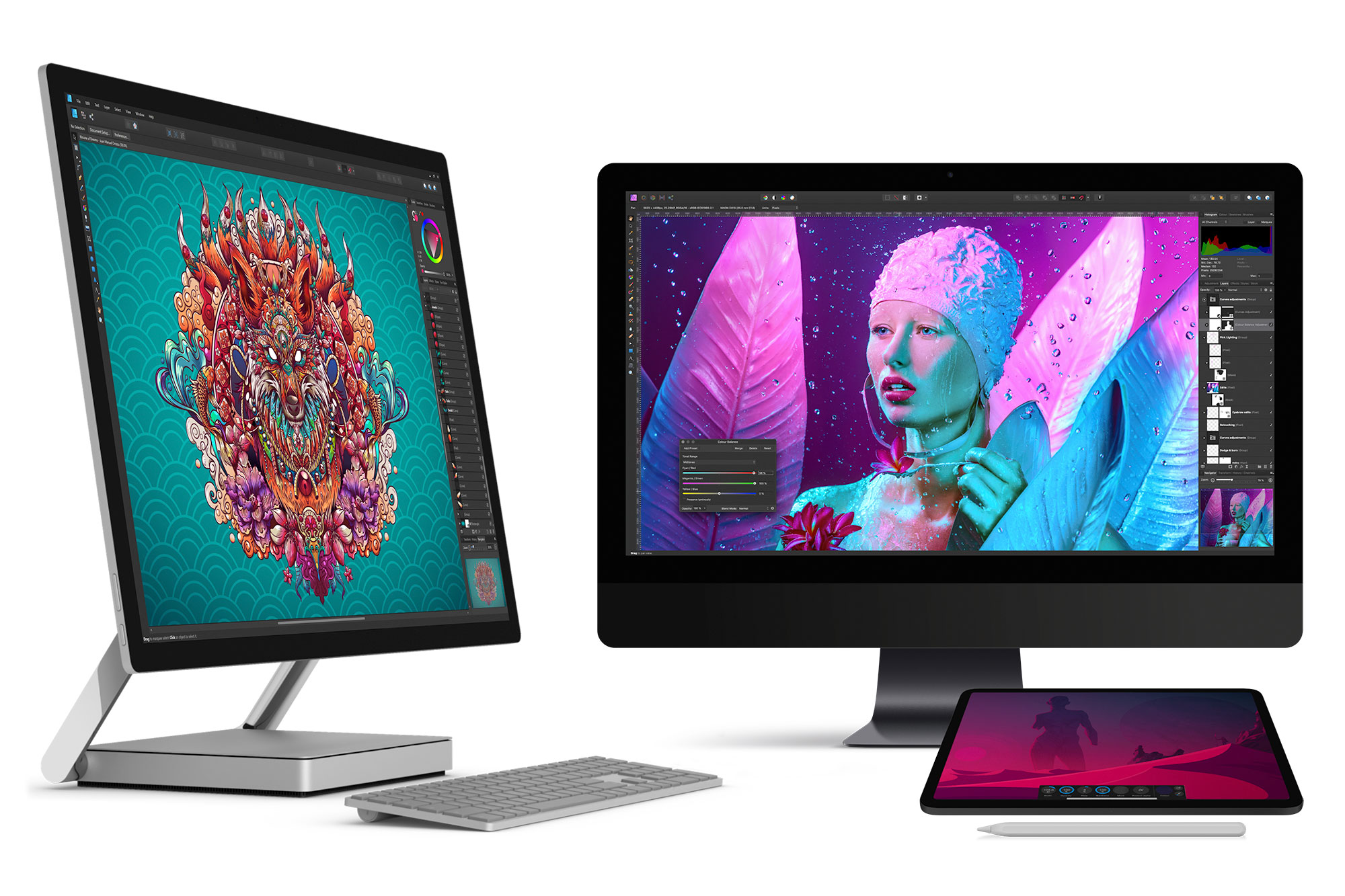 This week, Affinity Designer and Photo received their biggest-ever updates, adding market-leading performance improvements, best-ever usability and an extensive list of new features, making it a serious contender for a Photoshop Alternative.

The latest versions underline Serif’s commitment to pushing the limits of performance that users can expect from their hardware. It’s the same approach that made Affinity apps the first fully-featured creative desktop apps to make the leap to iPad. 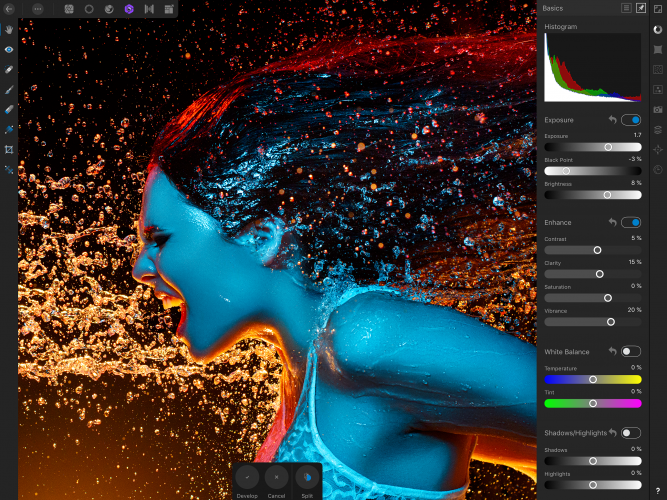 What’s Included In This Update From Affinity?

The v1.7 upgrades mean Mac users can now enjoy end-to-end Metal compute acceleration to take full advantage of the Mac’s discrete GPU, making all raster layer and brush operations up to 10 times faster than ever before. Additionally, the apps now support multiple GPUs—whether internal or with external units connected—multiplying the performance gains further. 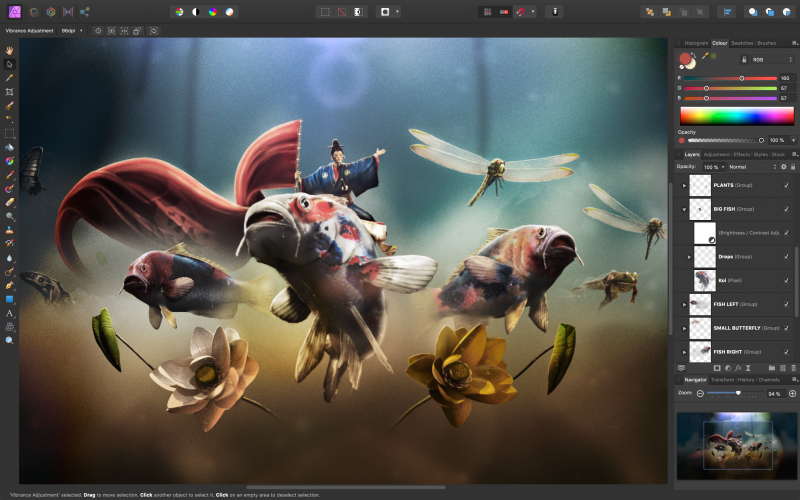 Serif Managing Director Ashley Hewson says: “It’s really important that we are leading the way in exploiting the latest technologies available to us and our customers. GPU compute acceleration is something we have worked tirelessly on for the last couple of years as it is certainly the future in achieving phenomenal speeds, even when working on massive, deep-colour projects. We’re pleased to say that for Affinity customers on Mac the future is now here.”

Serif is working on hardware acceleration for its Windows version too, although that will be delivered in a future update. But that hasn’t stopped them achieving big performance increases—today’s updates introduce a rewritten memory management system resulting in 3x or 4x speed improvements across many tasks on Windows machines.

Dial and Pen support for Microsoft Surface devices has also been significantly upgraded, giving users new ways to interact with the apps.

What About HDR Support?

And in a market-first for photo editing and graphic design apps, Affinity Photo and Designer now come with full support for the latest HDR / EDR monitors. This allows photographers to see new levels of the detail captured in RAW files, while designers can push colour intensity in graphics far further than was possible before. 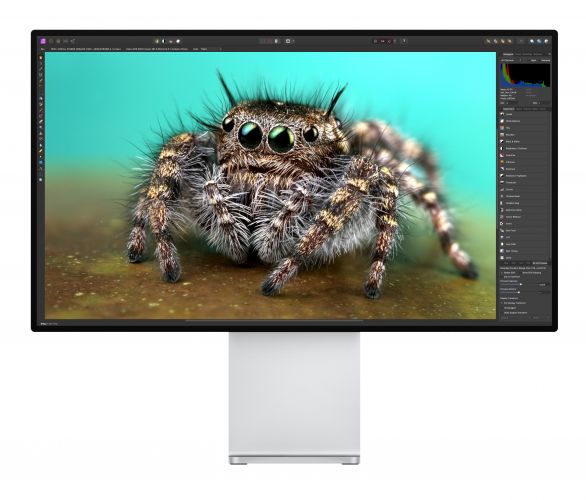 “Using Affinity Photo with an HDR monitor offers a simply stunning experience,” says Ashley Hewson. “It’s amazing the detail and dynamic range the latest SLR cameras capture when shooting in RAW, and Affinity Photo now offers the opportunity to actually see all that depth while editing on an HDR monitor.

“But this isn’t just for high-end photography. As more and more graphic content is being consumed on HDR displays, it will start to become important that designers are using an app which can both work in a 32bit colour space and render the results on an HDR monitor. Affinity Designer is the first professional graphic design application to do both.”

Users of Affinity on iPad aren’t left out either. There are further performance optimisations and a refreshed, compact UI which both gives more real estate for working, but also to allow for the ultimate experience on the new 7.9-inch screen iPad mini. 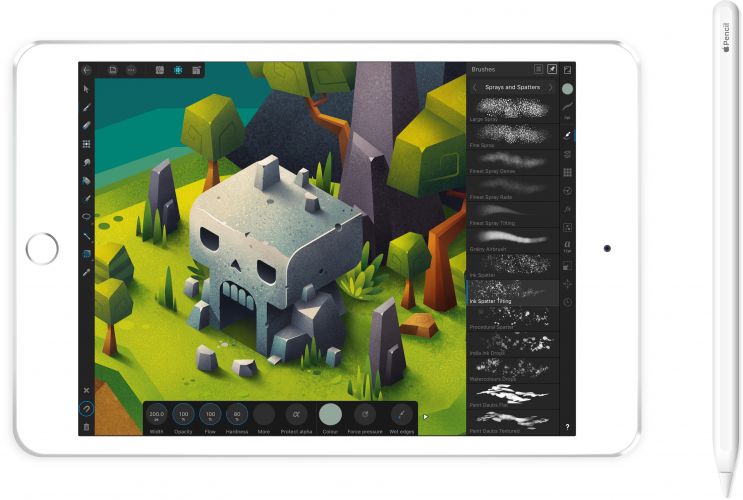 “The new iPad mini is an incredible device, especially now it supports Apple Pencil,” says Ashley Hewson. “It’s pretty cool that you can work on high-end photo compositions or full design projects with thousands of objects on such a small device.”

As well as these device specific improvements, there are plenty of new features and improvements which have been added—all of them available on the Mac, Windows and iPad versions from today.

“This update isn’t only about the big new features and performance gains—we’ve also made literally thousands of little tweaks and improvements to both apps based on all the feedback we get from our customers every day. It’s a lot of these little enhancements which add up to mean both Affinity Photo and Affinity Designer are more productive than ever before.”

[Related Reading: Affinity Photo Vs Pixelmator Pro | Which Is Better For Photographers And Why?]

All of this sounds pretty great, and we’ve reached out to the team at Affinity to start working on reviewing this platform so we can let you know how it stands up against products like Adobe Photoshop and Capture One Pro. To prep for those tests, we’d love to hear your questions and feedback if you’re already an affinity user. Let us know what you’d like to see tested and any questions you have in the comments below.

The new 1.7 versions of both Affinity Photo and Affinity Designer are available now with a 20% discount ($39.99 desktop, $15.99 iPad) with no subscription. Existing users can download the updated versions free.