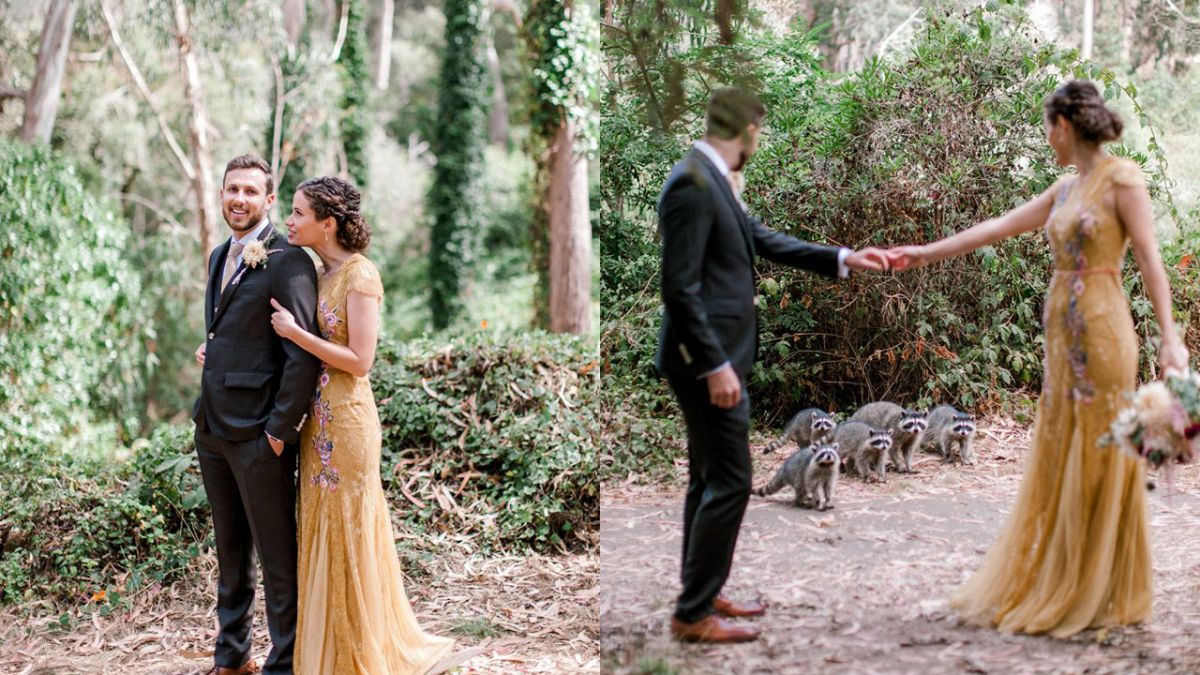 After a beautiful ceremony at the Queen Wilhelmina Tulip Garden at Golden Gate Park, photographer Kathryn White and newlyweds Sarah and Zach set off for a couples portrait session in the park. While exploring the grounds, however, they caught the attention of some seldom seen locals. A family of five raccoons suddenly appeared and made their way toward the couple. 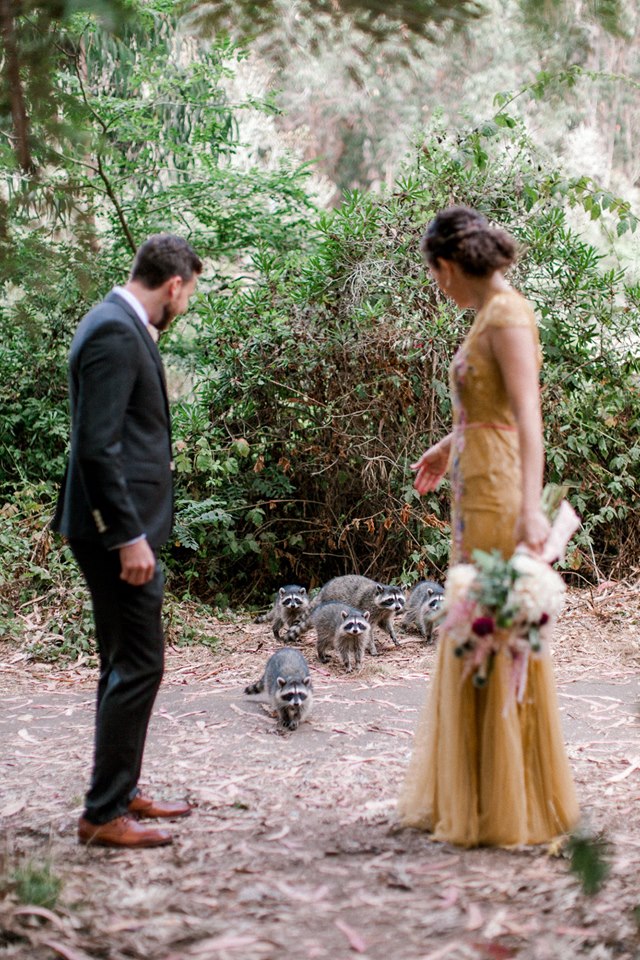 White was apprehensive when the raccoons first approached the group: “I was freaked out at first, because they’re usually vicious and don’t hang out in the daytime…but apparently city raccoons are super used to people, and just wanted to get in on some of the portraits!” White continues, “It was one of those moments I’ll never forget…a good omen, I think!”

At White’s direction, the couple stepped away from one another to allow the wedding crashing raccoons to take center stage in the portraits. It wasn’t long before the raccoons scampered past and made their way down the path. The photobomb was short and sweet, but judging by the wide smiles on the newlyweds’ faces, it was also welcomed. Thanks to White’s captures, the unexpected encounter will live on indefinitely as a highlight to an already memorable occasion.

You can find more of Kathryn White’s work via the links below:

Photos Have Been Released from the 2020 Sony World Photography Awards, But There’s Still Time to Submit!