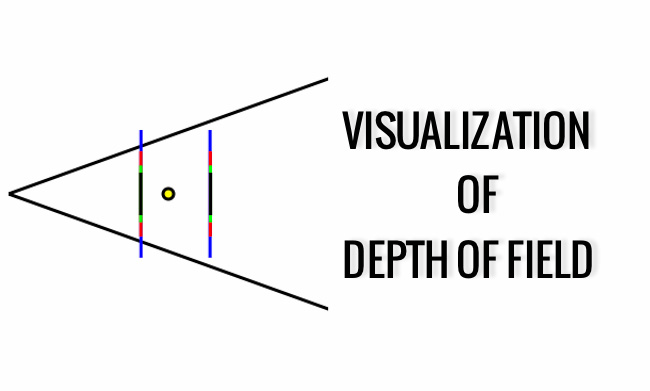 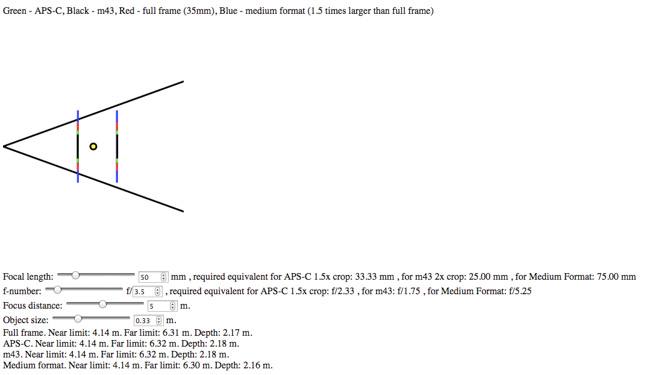 One of the more contested and discussed subjects in photography right now, and perhaps has been since the dawn of digital, is just how full frame versus crop sensor’s behave differently. It’s not so much a debate on whether they do, but in what ways and to what degree. Typically, the discussions cover the resolving powers of each, and that argument has a life of its own. However, once the dust has settled from that row, the discourse invariably becomes about how depth of field and focal lengths differ in behavior between the two.

Photographers are becoming more savvy to the fact that compression of a 50 is the same on either a full frame or crop, but that the depth of field of that same lens will differ between the two sensor sizes. All in all, getting a grip of this can be a bit tedious, and a little confusing. What would be brilliant would be to have a single source, with an easy interface that would help anyone understand it, and even visualize it. Thanks to Redditor redblue, such a thing exists.

What redblue has created is a very clean web app with a minimalist heart, that aids in visualizing how focal length, sensor size, aperture, focus distance, and object size affect the depth of field. It takes the equations from DOFMaster and renders them visually, thus helping to declutter and make sense of the math.

Yes, it is reminiscent of a Geocities site from ’98 so it’s very basic to look at, and to use, but that’s part of the beauty of it. It washes away all the parts that are distracting, leaving only what you need to focus on. You may think there are ways to better the app at the moment, and I believe there are plans to do so, but even as it is right now, it’s a really wonderful way to tell yourself or another to understand the visual relationship of all these factors that we as photographers have to live with every day.

[REWIND: A Comment Fueled Debate on The 50mm & 85mm Lenses For Portraits]

Interestingly, the web app lists two videos we have featured before as other good resources to further explain the relationships and issues mentioned above. Here they are again for your reference:

A Case Of Split Personality | An Interview with Nathan Ikon Crumpton