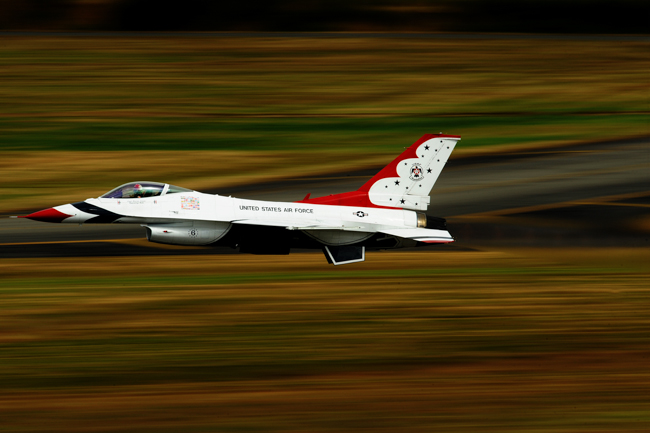 Pictures of USAF Thunderbirds by The Official Photographer

Being able to make the move from ‘still’ to ‘video’ is on the up trend. Being able to quickly set up and shoot can land you some amazing content for your site, blog or extra content for your clients. When a situation presents itself,  having the skills to take advantage can be priceless.  In this article, we interview to San Francisco based photographer and cinematographer, Jaron Schnieder about his new mini bio-doc/BTS shoot with Sergeant Reid,  the official photographer for the Thunderbirds (the US Air Force’s aerial display team).  See the amazing video and pictures of USAF Thunderbirds below.

From Jet to Jet- Being the USAF Thunderbirds Official Photographer

First of, the film is wonderful, thank you for sharing. Many people would know you as the Features Editor of Fstoppers, but you also work in other areas, could you just give us an outline of the different things you do and where the idea for this video came from ?

I really appreciate that, Dave! I spend so many hours looking at the same footage and tweaking the details that I don’t really enjoy the video by the time it’s done. It’s good to hear that the work paid off! So much of what I do is not terribly exciting. When it comes to producing video content for clients, which is what I do primarily, it’s a lot sending whatever message they are intent on broadcasting. Don’t get me wrong, I love what I do, I just need to take time to produce personal work frequently in order to keep my life interesting and my creative juices flowing. That’s what this video is.

I was actually on a gig when the opportunity to do this video presented itself. A good friend of mine, Blair Bunting, wanted some video footage of a shoot he was doing for the Thunderbirds. I met Sergeant Reid on the tarmac while I was doing b-roll of the jets and he was photographing pilots. We struck up a conversation and as soon as I heard what his job entailed, I knew we needed to talk. I managed to grab him for a few minutes and we did the video hastily in an empty hanger. Sergeant Reid later sent me GoPro footage he took on a dedicated photo mission for use to go along with the video I took, which I knew would be necessary to make a compelling video.

It is great to see all the ways in which photographers work across the globe. Were there any challenges making this video considering the nature of the topic ?

Actually, yes. Part of Sergeant Reid’s job is to be on hand and ready whenever situations present themselves. That means he’s effectively on call 24/7/365. We managed to sneak him away for a few minutes and set up our interview position, but not 10 minutes into the shoot, he was forced to leave and do an impromptu shoot with a very high level official that came onto the base that day. So we had to work extra hard to get him to resume, which we were able to do a few hours later, thankfully. But if you look carefully, though our setups for the interview shots are very similar, clearly in some of the shots the cameras moved. Now you know why.

What was the production set up like for a little film like this ? With most people having video functions on a DSLR these days, what are the steps to start to being able to make something like this ?

At the time of this production, I had very little in terms of gear. Up until only a couple months ago, I was running on two or three lenses, two cheap tripods and a few shotgun mics. The only product that I can say was top quality was my Sennheiser wireless lav mics, which I paid a premium for specifically because I know good audio makes a video. Considering the distances I was shooting this video from, there was absolutely no other way to do this than to lav mic Sergeant Reid.

Really you don’t need the crazy expensive gear to make a quality video. You just have to understand lighting, the limits of what gear you have, and placement of your subject. Everything we used to make this video, sans that 200mm and my Sennheiser mics, is pretty darn cheap.

Producing video demands a larger team than working with still images to create an end product. What are the different roles and how do they all work together.

I generally work alone because it’s cheaper for the client than hiring a whole crew, but for this project, I actually had a few assistants that were there either helping me with video production or helping Blair with his photo shoot. They assisted me in managing the cameras, and because I could trust them, I was able to really focus on nailing my camera one shot. I also had my girlfriend Andi there, who has a broadcasting degree and is exceptional at directing. For video, it’s actually really helpful to have at least one person on the production crew not manning a camera. Andi simply stood there and spoke to Sergeant Reid, allowing me to focus on the setups and audio quality. Reid was better able to connect with Andi than me because she wasn’t tangled in wires and staring at the cameras intermittently while attempting to also have a conversation (which is what I normally have to do). So Reid felt more comfortable and it made a big difference in the quality of what he was saying. Though you don’t need a crew of five like I had (especially since we weren’t managing lighting or set design and just chose to go natural), it certainly helps.

As someone we could call a ‘heavy’ user of Adobe products, how does your video work flow differ from stills, assuming you are using a totally Adobe work flow – are you using the Creative cloud ?

Yes, I am using all CC apps. For timelapse, I use a mix of Lightroom and Adobe. Lightroom for basic processing and then Photoshop if I need to do any actions that I can’t do in Lightroom. For video, I’m all Premiere and After Effects.

Are you grading in Adobe Speedgrade then ?

What is your workflow and capture process for the sound?

I don’t record my final audio into the camera. I always send the wireless Sennheiser into a Tascam DR60D Linear PCM recorder. I also have some audio coming into each operating camera. It’s basically a failsafe so that no matter what, I will have audio. Better to have bad audio than no audio at all.

Editing is a key skill, where do you recommend people who want to get into it start?

I am the furthest thing from the best editor, but I have a personal style and what I know I learned on my own. I get a feel for how I want to edit by really getting a final vision in my head before I even sit down to pull footage. Generally, I can see what the final edit will look like even while I’m shooting. My mind starts to pull parts of the interview together and I see where I’ll want to cut and where I want to add b-roll. It helps that I watch a lot of television, movies and documentaries. I see what others are doing to achieve certain effects and do my best to learn from them. Video production isn’t easy, but I do believe anyone can learn it if they put their mind to it. Eventually all that previs (pre-visualization) that I described earlier happens without you even thinking about it.

All images below are used with permission from Sergeant Larry Reid Jr. Air Force Photojournalist.  Click here for more stunning images of the Thunderbirds 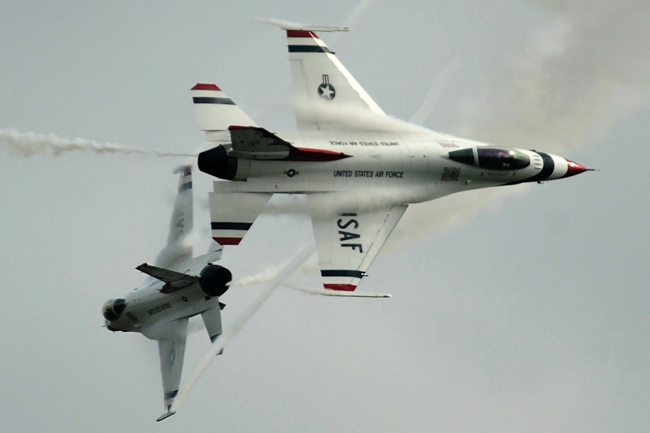 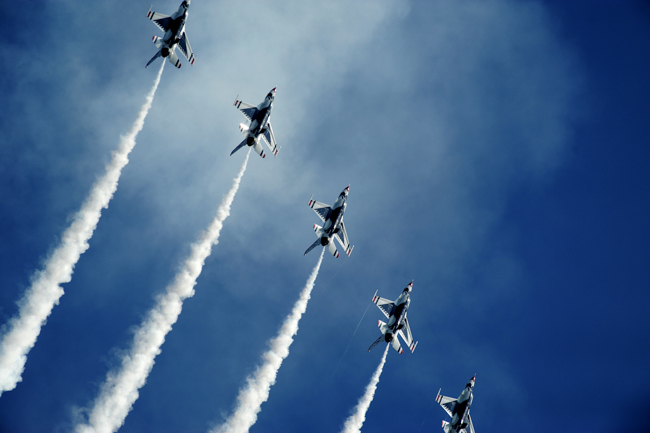 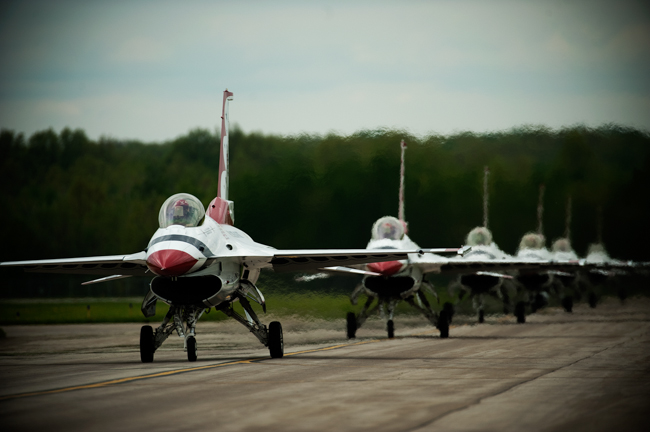 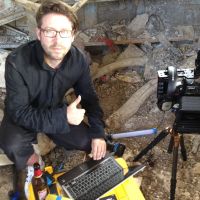 Founder of Ideas & images Dave Kai Piper is a fashion based imagemaker and retoucher from the UK. Ideas and Images works with small to large businesses in the photographic & fashion markets. Fuji X-Photographer & Adobe Community Pro. http://www.ideasandimages.co.uk/