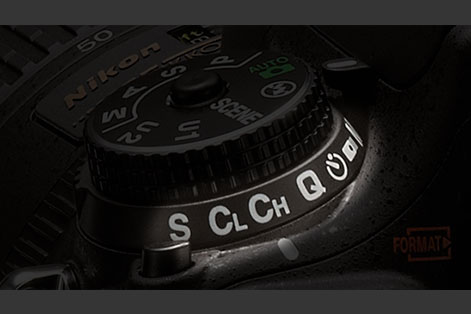 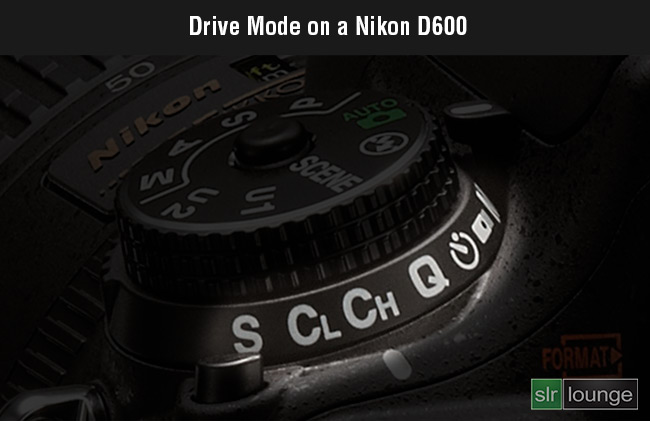 Usually, when you press the shutter button on your camera, you take one photo. If you want take another photo, you just press the shutter button again. This is what is known as Single Shot drive mode and it is the default drive mode for all cameras. While this is great when you want to take your time between each shot, but there are also other drive modes that are more specialized for different scenarios. Not every camera has all of these functions, but these are generally the more popular options that you may see on a typical camera.

In the Continuous or Burst drive mode, your camera will keep capturing the images continuously as long as you are holding down the shutter button. This is great when you are shooting fast-moving subjects like a sports event or active kids, and you want to have a sequence of photos in quick succession. You can then pick and choose the best captured moment out of the batch of photos, or use all of them to illustrate the motion of the subject.

Some cameras may only offer one burst rate or frames-per-second (fps) speed for this mode, but other cameras may offer different speed options for Continuous shooting.

Low: In Low Continuous shooting, the camera will take multiple shots at a slower pace. This is good if you want to take several variations of a movement, but not quickly fill up your memory card.

High: If you are shooting faster action like a person sprinting or jumping, you would want to use the High Continuous Burst mode in order to capture the maximum amount of images.

1) Continuous AF vs. Single AF: Many cameras give you the option to just autofocus for the first image only or to continuously track the focus for all the images in the burst. The first option is usually the faster of the two because once the first AF is locked all the camera has to do is take as many photos as it can.

The latter tends to be slower because for each shot, the camera has to recheck focus to make sure your subject is still in focus. This second option is important if you are shooting a fast moving subject that is moving towards or away from you, especially if you are shooting with a shallow depth of field and the subject may have out of the plane of focus by the time the second or third shot is captured.

2) The camera internal hardware: Just like the engine system of a car, the camera’s sensor size, buffer speed, and processor performance all play a part in how fast the camera can take a burst of images.

3) Buffer size: The buffer size in a camera relates to how many photos can be stored in the camera’s image pipeline they are processed and moved to the memory card. Once you hit the buffer capacity, the Continuous burst rate will slow down considerably as the camera waits for a free space to clear up in the buffer.

5) Memory card speed: The speed of the memory card can also play a part on the frame-per-second rate. The faster the images can be transferred from buffer to card, the longer you can shoot at maximum frames per second. 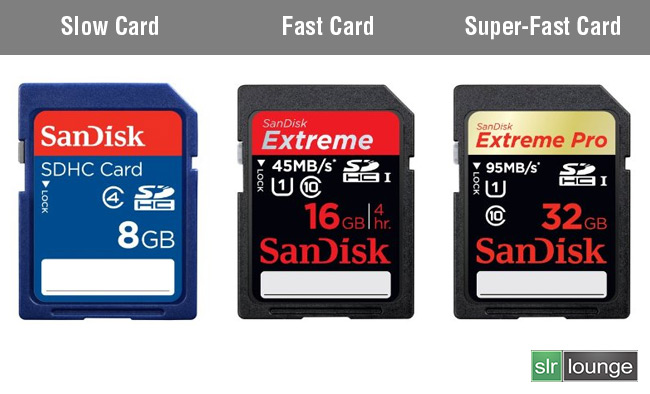 A DSLR camera has a mirror box that has to move out of the way in order for the sensor to capture an image. Normally, the rapid movement of the mirror box creates some noise. This is usually not a big deal, but when you are shooting in a quiet environment where you are required to be more discreet, like a wedding ceremony in a church, you would want to use Quiet drive mode. This works just like a Normal drive mode, except that the mirror box is raised more slowly and is brought down more slowly in order to minimize noise.

The self-timer mode adds a time delay from moment you hit the shutter button to the moment that the sensor captures the image. You may have used this when you want be a part of a group picture and you let the camera count down 10 seconds while you run over to the group. You can also use this when you are shooting a very long exposure and you don’t want to add any movement that occurs when you press the shutter button. Typically, you are given a 2-second timer and a 10-second timer. Some cameras will also give a customizable timer option.

The remote shutter function works when you have a wired or wireless remote that will trigger the shutter button. You typically use this when you are using a slow shutter speed and don’t want to contribute any vibration to the camera. This is popular with landscape photographer as well.

Finally, another way to minimize any vibration caused by the mirror is to simply have it be locked in the open position and away from the sensor. This way, all the camera has to do is take the photo. Because the mirror will block the viewfinder in this position, you will have to get your focus and composition dialed in before activating the Mirror Lock-up. Some cameras allow you to use the Mirror Lock-up in conjunction with either the self-timer or the remote drive mode to further reduce any added vibration.

Tips with Your Drive Mode

Check Your Drive Mode before Shooting

This may seem obvious, but it is a good practice to double check your drive mode whenever you use different drive modes during a shoot. The last thing you want to do is the wrong mode at the wrong time, like accidentally setting it to self-timer when you have to catch the bride and groom’s first kiss.

Know When to Use Continuous/Burst with Continuous AF

Use Remote, Self-Timer, or Mirror Lock-up for Long Exposure Shots

Finally, as I discussed earlier, the Remote, Self Timer, and Mirror Lock-up drive mode are great when you have the camera on a tripod and you are either shooting a still subject like landscape or shooting with long exposure.