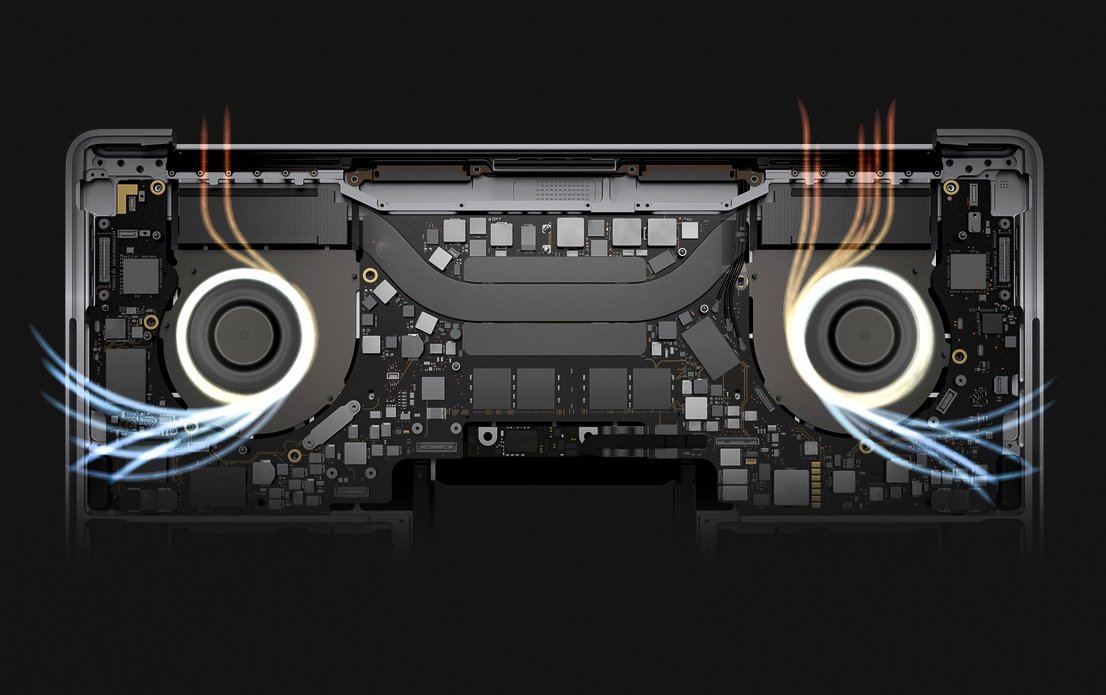 Apple’s newest operating system, High Sierra, is right around the corner and with it comes a bushel’s worth of performance enhancements and system improvements. Not that macOS in its current state is a slouch, but the biggest performance improvements will manifest themselves in Apple’s new file system (APFS), support for the H.265 (HEVC) and their proprietary Metal 2 API.

[REWIND: WHAT IS THE NEW APPLE FILE SYSTEM (APFS) & WHY DOES IT MATTER? WHAT YOU NEED TO KNOW]

While devotees of macOS are biding their time for the latest from Cupertino, there are a few things that they can do now that will either increase productivity or boost performance. Below is a list of a few apps/tweaks that I use on a daily bias. 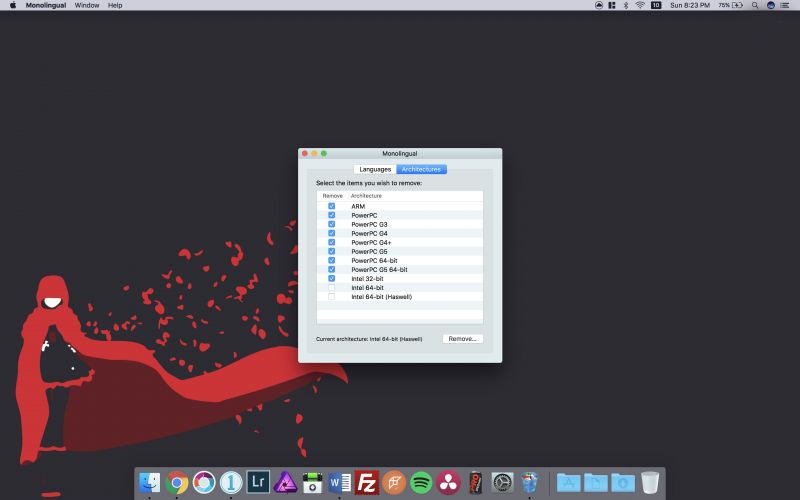 Long time OSX user might remember the opening video that new apple used to play when starting the system for the first time. For those who are unaware, the video used to play a little tune and welcome you into the world of OSX in multiple languages signifying that Apple products can be used universally.

Apple has since abandoned this intro video with the rebrand of macOS, but their computers and mobile device still retain their universal usability with multiple languages and alphabets built in from the start.

The brave decision to solder on SSDs and RAM to the logic board has defiantly left a bad taste in many users’ mouths, and some have even abandoned the system altogether for a more open machine. However, for those us who chose to stay there is a way we can squeeze extra gigabytes out of the limited space in our machines by removing un-need languages.

Monolingual has been around for quite some time (think back to the days of OSX Tiger), but it has grown and adapted with to adapt to the latest OSes and architectures. What the program does is scans your system for applications and system files, you select the languages you want to keep and it strips away the rest. 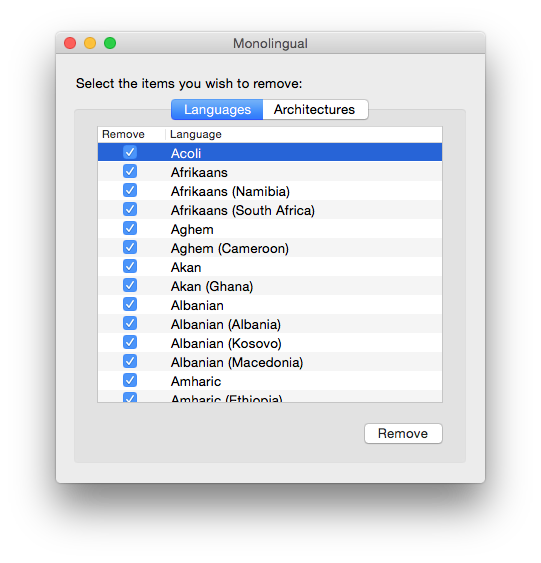 During the initial run, it can save on average 2 GB worth of space, after that it depends on which apps were updated; often only saving a few megabytes at a time. So, what benefit does removing languages and architectures have on your system? Applications tend to load a bit faster since they system has to only read one set of parameters instead of a world of tongues.

You can download Monolingual here. Be careful though once languages are removed the only way to get them back is to reinstall the programs. 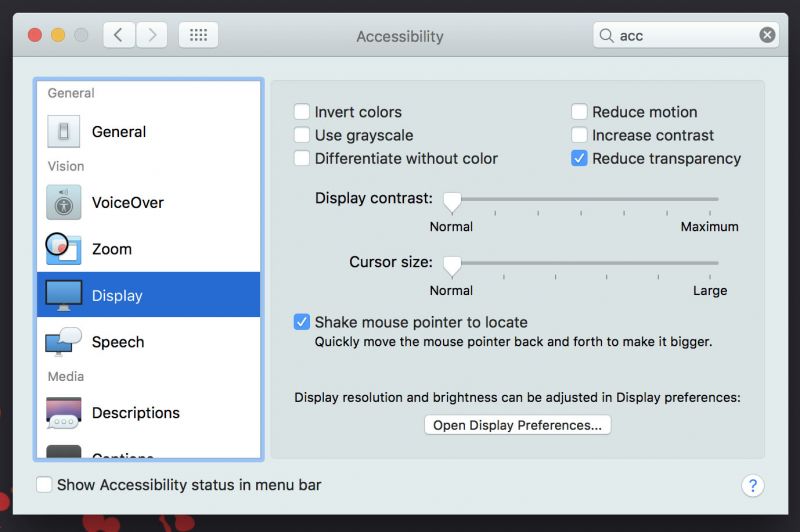 Apple is all about form and function: getting work done with modern aesthetics. One of the ways that macOS adds to the look and feel of its operating system is by making the windows and dock semi transparent, having a “frosted glass” effect showing characteristics of what is behind it.

This effect continuously uses system resources in the background; you may not notice a hit to your system when writing up a report or browsing your favorite photography website, but it can affect demanding Adobe products like Lightroom or Premiere Pro. Disabling these effects can not only speed your system, but also gives a slight boost in performance in demanding applications.

To disable the effects:

Disabling the transparency will slightly change the look of macOS as the windows and dock will now become opaque, but it can drastically increase system speed in older machines.

Also turning off the animations in the dock can have a huge improvement. If your system slows down to a crawl who cares if it looks pretty.

To turn off the Genie Effect: 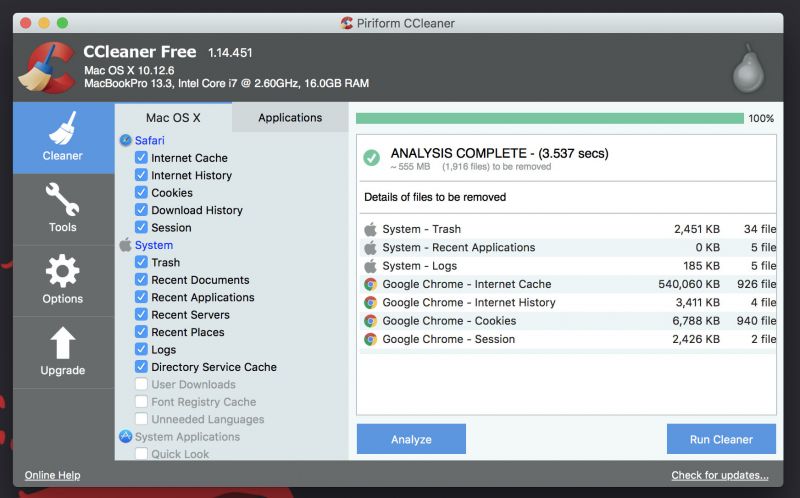 The daily grind of using your main driver can cause a surplus of temporary files to accumulate on your drive. Chrome is notorious for this and often causing up to a gig of temp files in as little as an hour after opening. Normally these temp files are there as a cache of information to speed up repetitive tasks like going to your favorite photography related website, but sometimes they are remains of application long since uninstalled or system log files. 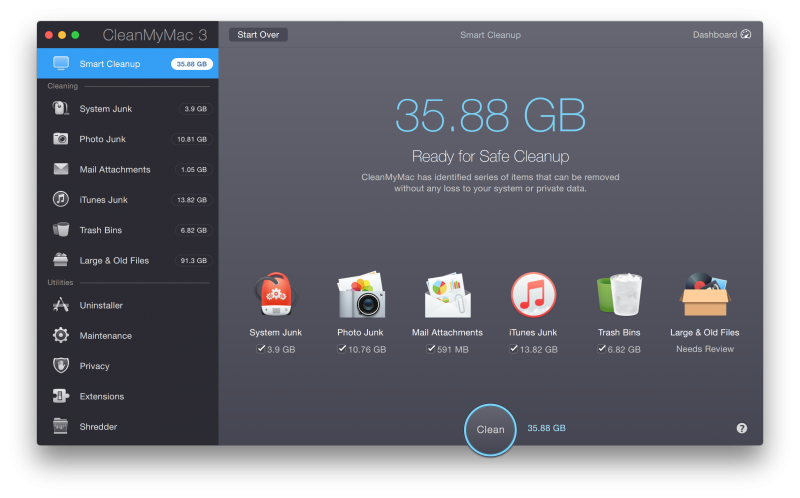 Over time, cache files can reach in excess of gigabytes on your drive slowing your computer down in the process. There are a variety of cleaning applications for macOS that each look and behave a bit differently, but at the core, they all do the same. Below is a list of some of the most popular.

CCleaner is my preference as the no-frill free version is what I need, but everything on the list above offers some sort of system protection, cleaning and monitor to keep your system in top shape. 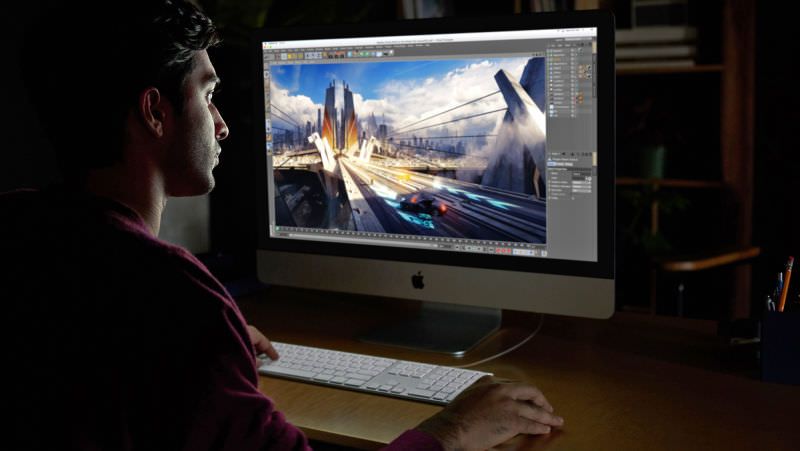 Apple is poised to release new information on the latest iPhone later this week. With the announcement, the community might be graced with additional details of the latest iMac Pro and the release of macOs High Sierra. It is usually not the best idea to download an OS on the release date, especially if you use your machine in a professional setting. The performance tricks above can give your Mac a boost while you wait for bug and compatibility issues to be ironed out.