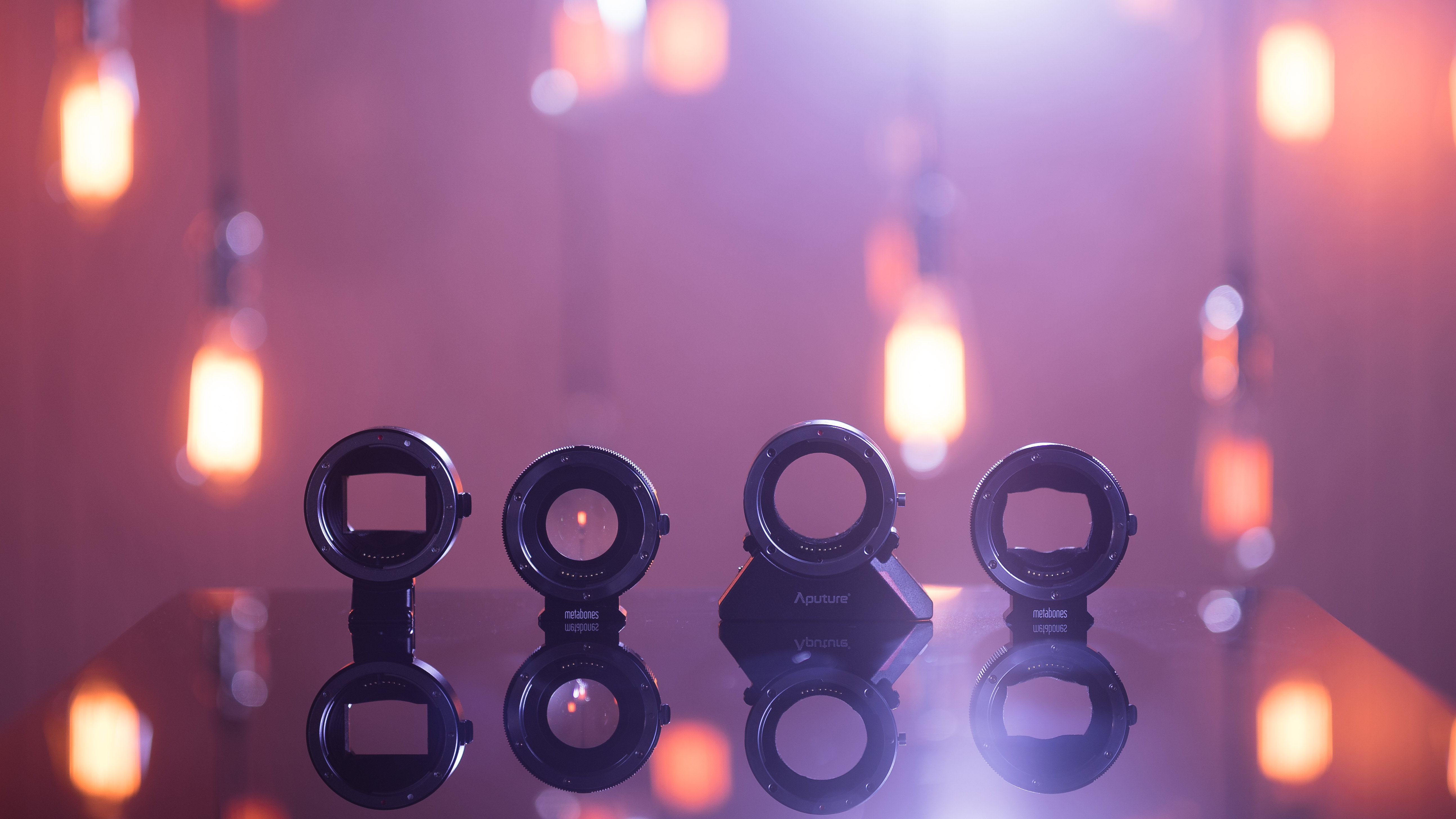 Sony has been releasing mirrorless cameras like comic book movie adaptions, frequently and with little-to-no disappointment. The unique combination of full frame sensor and short flange distance means you can adapt nearly any lens to it. In the video and article below I’ll go through the best adapters for the Sony E-mount camera system.

Video is sponsored by Zeiss 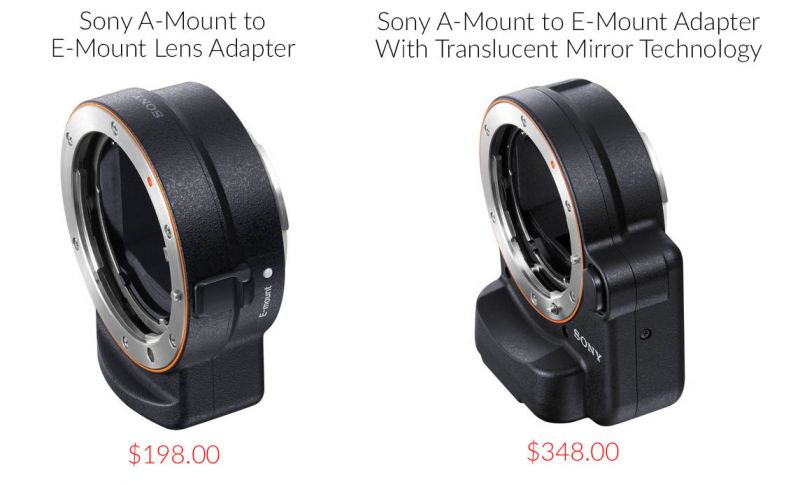 The first adapters we’ll discuss are the ones that come directly from Sony. They make 2 adapters that adapt their A-Mount DSLR line of lenses to their NEX or E-Mount cameras. The Sony A-Mount to E-Mount adapter ($198), has little to no AF support for third party or older Minolta lenses, and works only with a handful of first party lenses. Which is why I can only recommend the adapter with Translucent Mirror technology.

The Sony A-Mount to E-Mount Lens Adapter with Translucent Mirror Technology has its own AF motor and system built into the adapter. This speeds up the AF significantly. My only gripe with this is that the autofocus points are very small, and it can be difficult to get a focus quickly on your subject, especially if they’re moving. 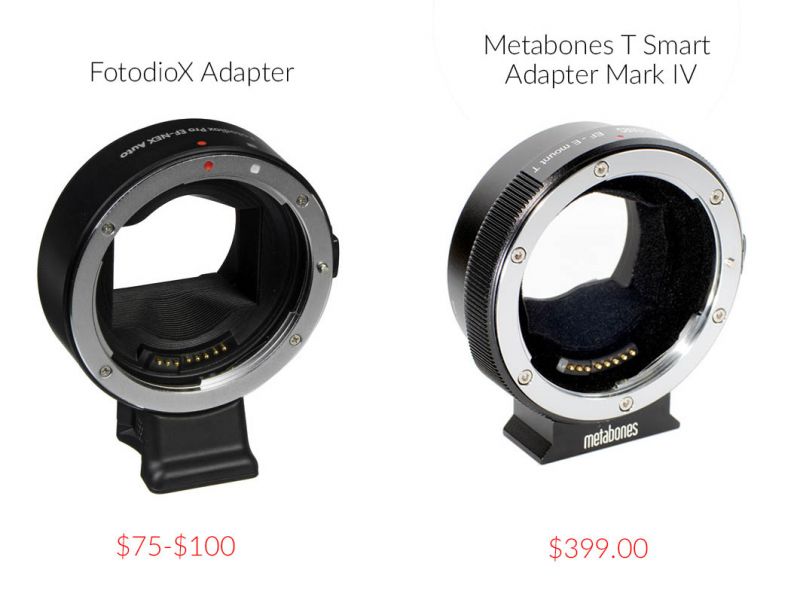 If you own Canon lenses, then you’ll want an adapter so your Canon lens children can play well with their new Sony stepmother. I tested two on the opposite sides of the price spectrum, one from FotodioX and Metabones IV.

In my tests, both these adapters have performed without any significant difference in regards to AF performance and third party lens support. Many Metabones users justify the price by saying, “The Metabones IV has no light leak!” but we shall see. 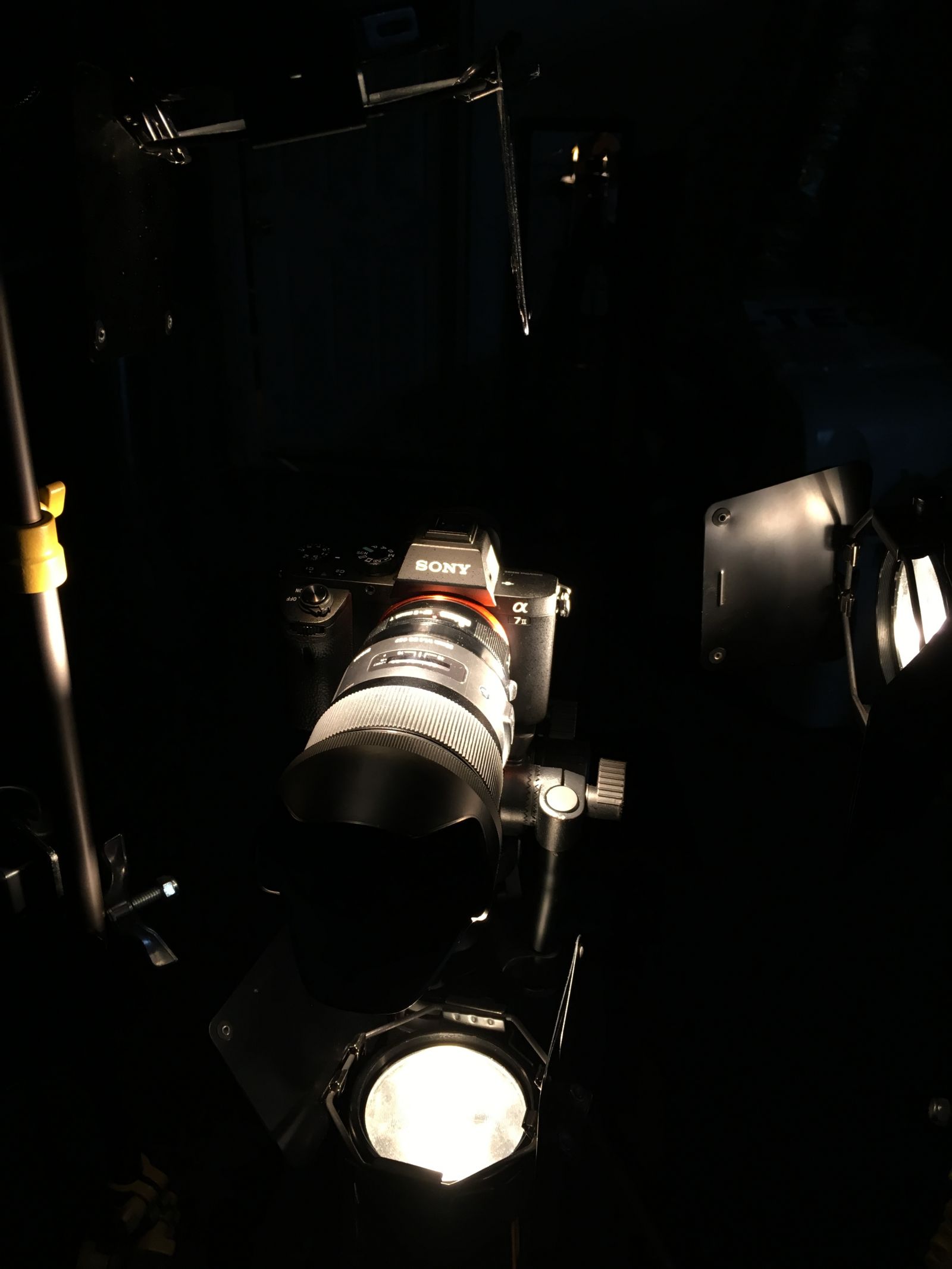 I created a test where I covered the cap on the front end of the lens, reinforced it with Gaffers tape and put the hood on so no light could enter. I then took the Lowel DP-3 Three-Light Kit and faced them all towards the FotodioX and Metabones III and IV adapters at full power, then took a 10 second exposure in camera.

What this test taught me is that the biggest culprit to light leaks is the locking mechanism when you twist your lens into the adapter (notice how all the light leak comes from the same side on three different adapters). If light leak is a problem for you, the cheapest fix is honestly just putting a piece of tape over it. That’ll save you some buyer’s remorse. 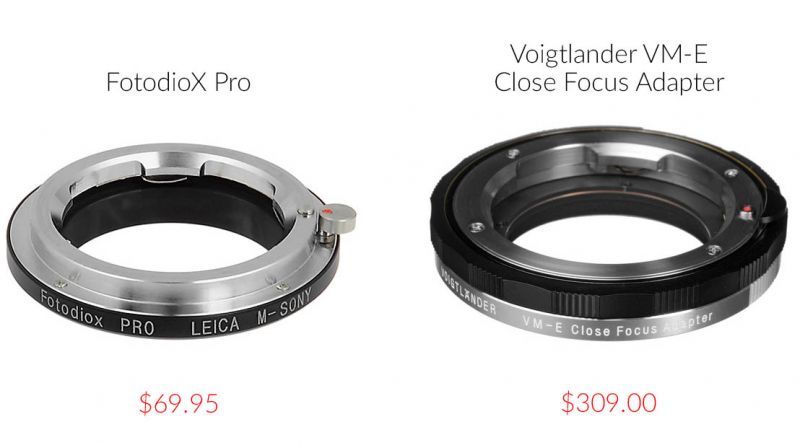 One of the biggest benefits of Sony’s short flange distance (sounds like a great pickup line) is that you can mount old film rangefinder lenses, like Voigtlander, Zeiss, and Leica lenses. Because most of these adapters are purely mechanical (focus and aperture are controlled by the lens), you really just need an adapter that has decent build quality. I’ve used the FotodioX and it has performed flawlessly, despite being less expensive than most.

The Voigtlander VM-E is also a great choice for those who want to shorten their lenses’ minimum focusing distance (MFD). It’s especially useful with the Voigtlander 50mm f/1.1, which has an atrocious native MFD of 3.28 feet (or 1 meter for those of you not from the USA, Burma or Liberia). The only downside (besides the cost) is that it does slow down your shooting considerably when shooting close subjects, because now you have two focus rings to think about instead of the usual one.

In the video above you saw me mention an autofocus mount by Techart. I haven’t been able to find an official site by the company, and one of the sites that held the product prompted a “malware” warning, which is why I haven’t linked any sites. But you can find them on Ebay if that’s something you’re looking for. 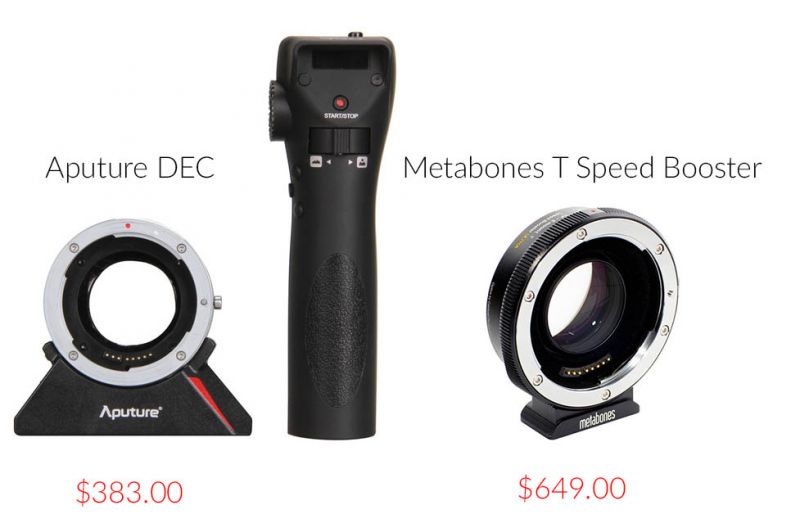 The Metabones Speedbooster is a marvel. When using a full frame Canon EF lens with a crop sensor Sony camera (or a full frame camera in APS-C mode), you can gain an extra stop of light through the power of light magnification. It’s especially useful if you don’t have the fastest lenses and shoot in difficult lighting situations frequently.

The Aputure DEC is quite a special adapter for cinematographers that have Canon lenses and use Sony cameras. What the adapter gives you is remote focus and aperture control, and this system costs less than a Metabones IV adapter. It’s easy to set up and works right out of the box (as long as it’s charged). Check out our first look here!