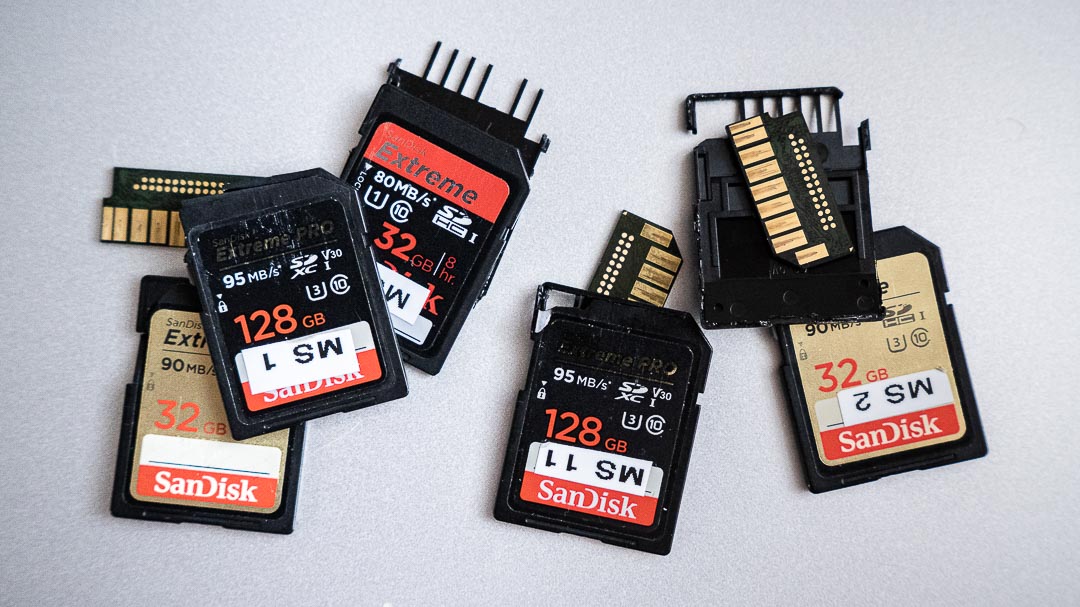 I’ve been a digital photographer for nearly two decades now, and have been working professionally for about 1.5 decades. I think, in total, I’ve owned 50-100 memory cards, from  512MB and 1GB Compact Flash cards, (and a 4GB CF Microdrive that cost $300!) …to recent 128GB SD cards that go on sale for a mere $30.

I’ve owned pretty much every major brand of memory card, too, from Kingston and others “back in the day”, to the latest and greatest Sony “Tough” and ProGrade. Of course, I’ve owned literally dozens of Sandisk memory cards, virtually all of them “Pro” or “Extreme Pro”.

Unfortunately, I’m done buying Sandisk SD cards. and I think you can see why. They seem to be more flimsy than any other memory card (make or model) I have ever had. Inevitably, they split open and spill their memory chip guts.

[Related: How To Recover A Corrupt Or Damaged Memory Card | A Step-By-Step Guide] 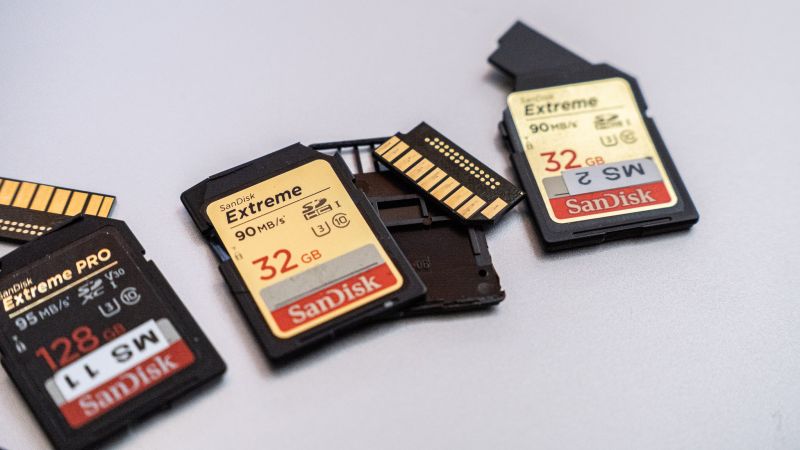 This is definitely a pattern. In fact, of the dozens of SD cards I have owned over the years, I believe that either 100%, or all but one, of the SD cards that failed in this manner, were Sandisk.

Considering that I am now at 5-10 Sandisk cards with the exact same type of failure, I can only conclude that Sandisk cards are significantly less well-made than the other brands I’ve been using.

In fact, even my set of nearly a dozen “cheap” Samsung SD cards, that I bought on a whim when they were on sale, are all still going strong. They even lasted so long that I retired the 16 GB ones, when megapixel counts jumped to 36 and then 45, of course. (You don’t fit many Nikon Z7 or Sony A7R IV images onto a 16 GB memory card!) 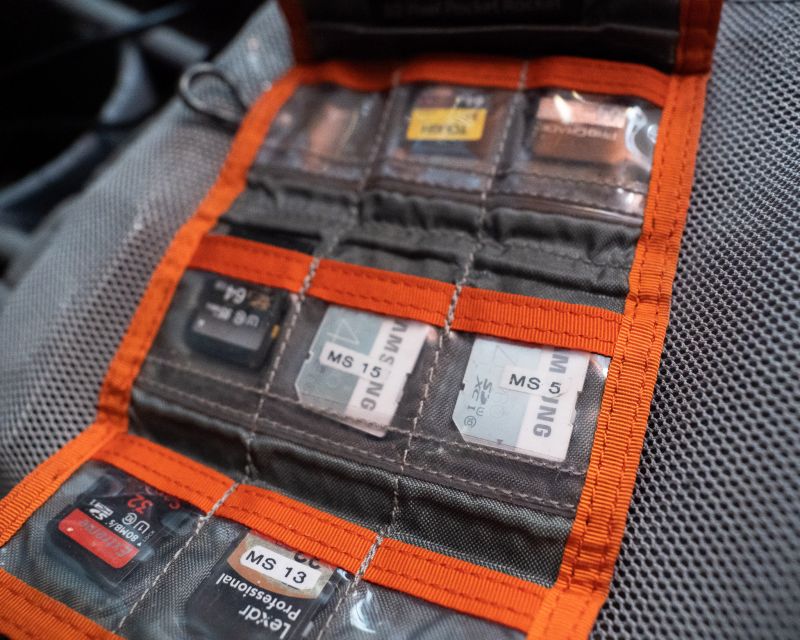 All in all, in my two memory card wallets that have my 18 most current, “active duty” SD cards, …I believe I am down to my last two that are still Sandisk. The rest are Sony & Sony “Tough”, ProGrade, Lexar, and Samsung.

Have Other Photographers Experienced The Same Breakage?

Yes, I know of at least two or three other professional photographers who have either shown me this same exact type of breakage in-person or described in great detail. The memory card “shell” splits open, and the chip falls out. This happened with Sandisk SD cards as much as 5+ years ago, back when a 128GB SD card was MUCH  more expensive! 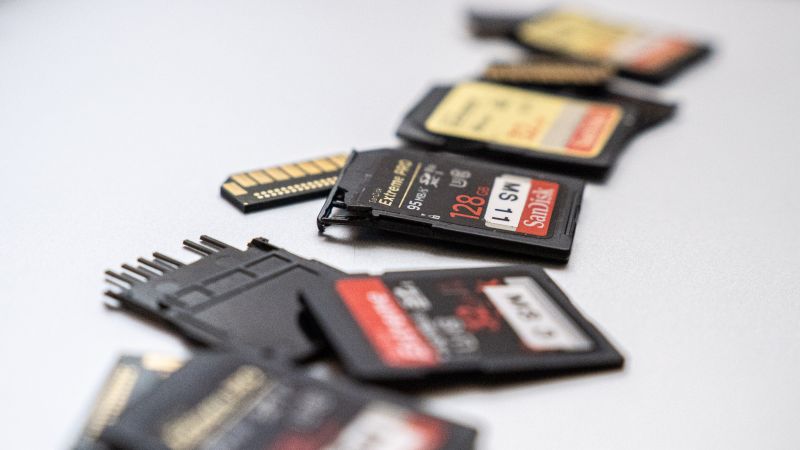 Yes, they do. Or, at least, the Extreme Pro cards do; I think Sandisk does not offer a full lifetime warranty (anymore?) for cards that do not have “Pro” on the label.

However, I just can’t consider warranty replacement to be an acceptable conclusion on such a frequent basis. Bottom line- these cards are behaving like a disposable product; I don’t care if a lifetime warranty can be honored or not, the whole reason I buy a product with such a lifelong guarantee is that I expect it to be an indication of truly top-tier build quality because that is what I REALLY need, more than a warranty–a memory card that won’t fall apart on me.

Am I Just Not Taking Good Care Of My Memory Cards? 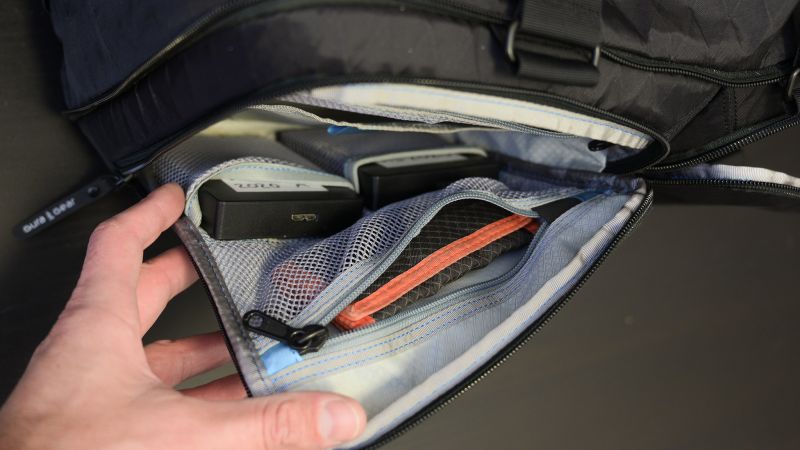 I repeatedly ask myself this question. Am I the guilty one, am I doing something horrible to my memory cards that is causing them to break so repeatedly? There’s a chance that is the case. The abrasion marks on the card labels, and the overall wear and tear, seems to indicate that I’m doing something wrong.

True, there is the glaring fact that I have owned all the different brands, and Sandisk is the only brand that is falling apart like this. But, just for the sake of argument, let’s pretend that it’s still my own fault; I’m doing something that is causing the Sandisk cards to break. In other words, they’re clearly the poorest quality, but maybe they should still be able to stand the test of time under “normal” use.

So, honestly? I am very gentle whenever I insert memory cards into a camera and when I eject them. I only insert/eject the card once or twice a week, and not every single week of the year, so let’s just call it 50-100 cycles per year, for 3-5 years before I “retire” a card. Memory cards should all be well within their physical lifespan with this much wear and tear, I believe.

The P-Touch labels that I print on my cards can snag on the slot itself if a corner comes loose, but if that ever happens, I never try to force the card into the slot. 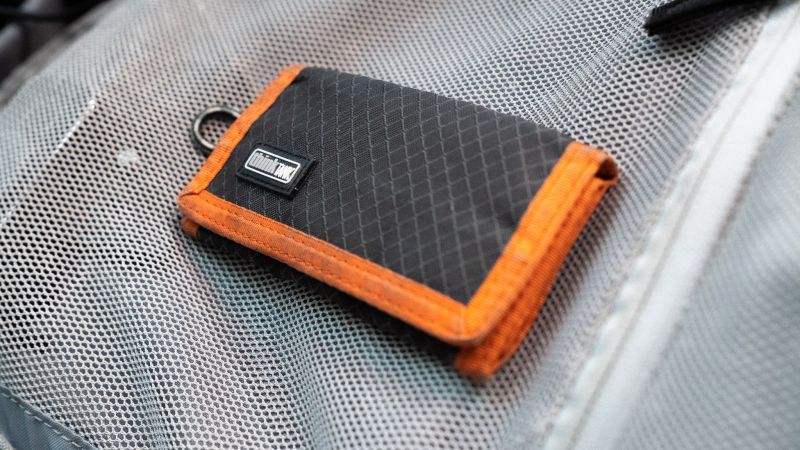 I store my cards in the same memory card wallet as many, many other photographers: The ThinkTank Pixel Pocket Rocket ($17-22). I own two of them for SD cards, and two of them for CF cards, plus two more that have space for both SD and CF at once. (I told you, I own a lot of memory cards! Being both a wedding photographer and a time-lapse photographer, over the past ~10 years I have had many weeks that resulted in 10K+ photos)

This cloth and plastic case is not the most rigidly protective, admittedly; it’ll be bad news if you putting the card wallet in your back pocket and sit on it, something I’ve never done. I always put the card wallet in my front pocket while I’m photographing a wedding, or in a spacious compartment of my camera bag when I’m on a different type of adventure or travel.

I’ve tried those card wallets that are a hard shell case, and they house your cards by pinching them “gently” at the edges. Honestly? Those things generally ripped SD cars in half even more rapidly; I didn’t even include those older destroyed cards in the graphic carnage photos above! I have been using the ThinkTank for many years now.

Bottom line: I could see how a crushing force might harm the memory cards, after months or years of heavy abuse, but I’m almost certain that no such heavy compressing force is happening. I can only conclude that, indeed, Sandisk SD cards just fail to deliver long-term professionally acceptable build quality. PERIOD.

So, Which SD Cards Do I Recommend? 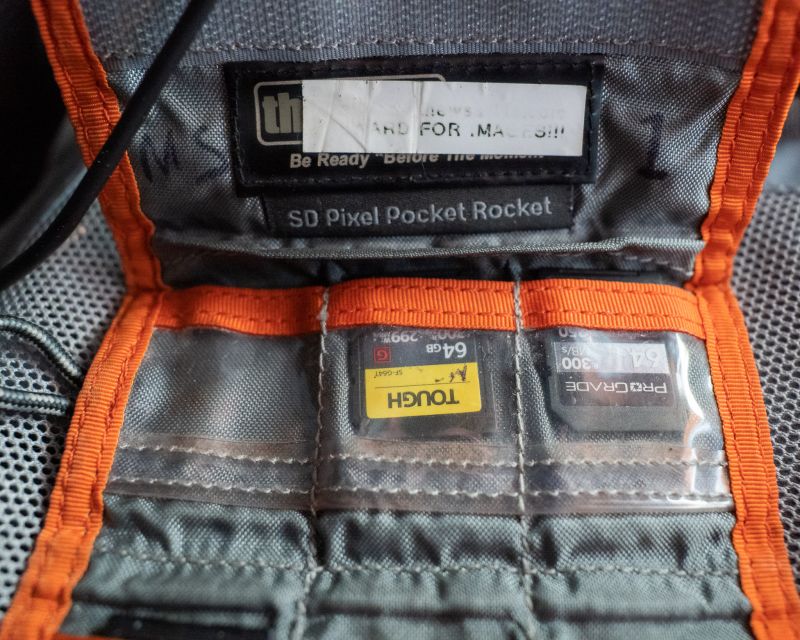 The most sturdy types of memory cards are definitely the newer types of SD cards that have two layers of pins, because the overall construction of the card itself seems to be more of a one-piece molded plastic part; however, I’m not sure if that is true of all brands that are offering these ultra-fast types of cards. 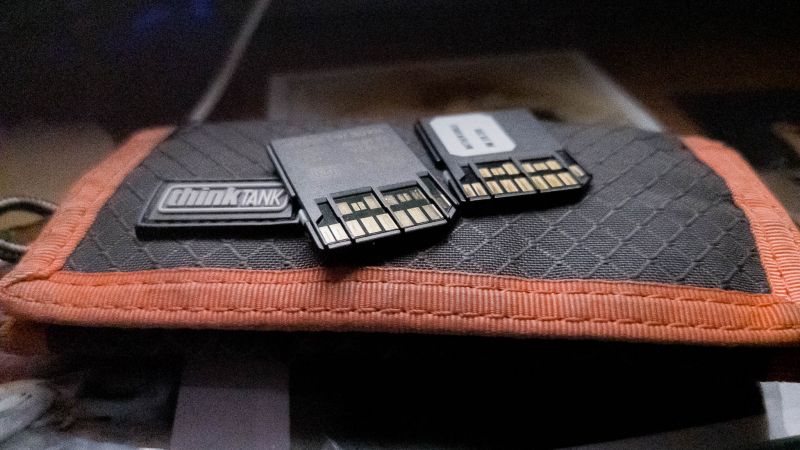 Here is what I can say with great certainty: both Sony “Tough” and ProGrade Digital SD cards are built very solidly. They’re just highly durable, and you can feel it.

In conclusion, you might not have thought of buying one of these “fancy” memory cards before, especially if you don’t shoot extremely high volumes of photos, and need the read and/or write speed of the memory card to be “blazing fast”. However, even if you’re not a high-volume photographer, you’re still capturing valuable images that ought to be protected by spending a little extra money on the highly durable, “tough” memory cards.

Personally, I’m just done buying Sandisk SD cards. No matter how cheap they are,  on sale or not, no matter how long the warranty is, I’m done. If Sandisk makes two-layer type SD cards that are completely different in their physical construction, I would consider them, but other than that, “nope, nope, nope”…

So, consider this a warning to other photographers! Either take extremely good care of your memory cards, (or leave them in your camera forever, and use its USB port to download your images, nice and slowly?) …or, buy a different brand of SD memory cards.

DISCLAIMER: This is my opinion and my opinion alone; this article was not sponsored by a third party. Nor did I reach out to Sandisk to see if they were interested in “taking care of me”, either. This is the raw, bare truth of my own personal experience with dozens of memory cards and literally, millions of photos captured over the course of ~20 years in digital photography.

Planning On Ordering The New Fuji GFX 100S? Be Prepared To Wait A While...