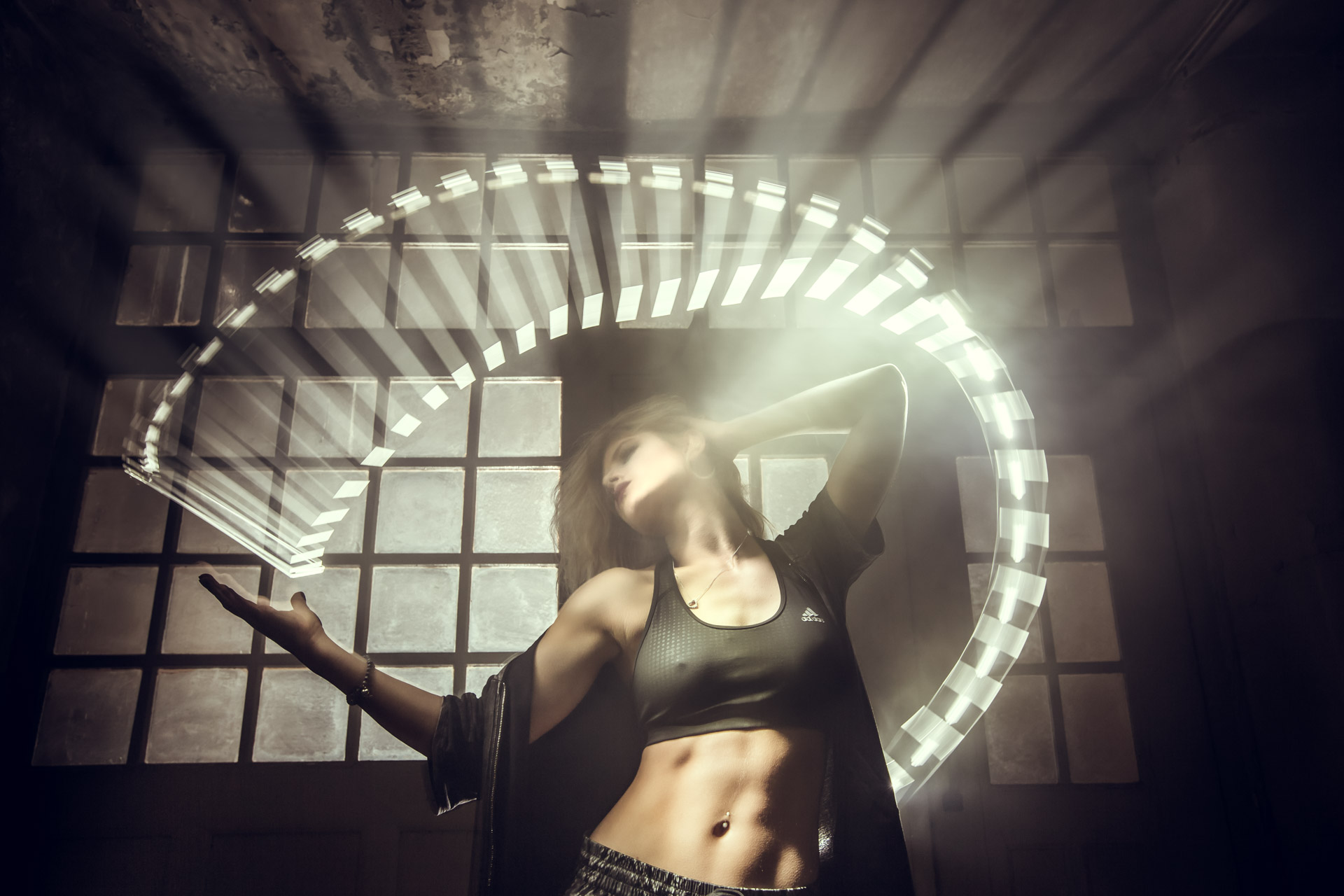 Light Blaster Review | Use This Slide Projector For Creative Effects

A Light Blaster is kind of a slide projector thingy (flashback to the 80’s where your parents made you watch 750 slides from their trip to Europe), but with two major differences:

This makes the Light Blaster very affordable because it does not involve any of the pricier components that a slide projector has (and you probably have anyway) and it keeps the device pretty compact. 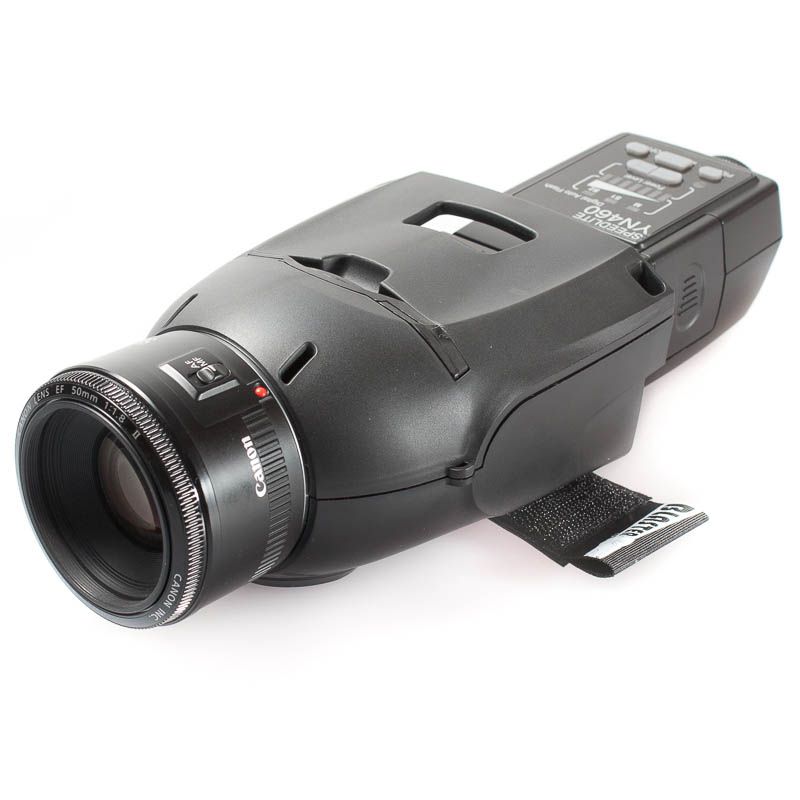 Setting Up a Light Blaster Shoot

So the main question, of course, is what slides do you project? There are three slide sets for creative layouts. Those include backdrops, wings, and effects. These can be used to quickly change backdrops.

But I found a better option: the GOBO Creative Kit. These are made of thin metal sheets in the size of a slide, and have intricate designs. Sadly, that means that they are only black or white (no color, not even gray tones). But the black is pure black – this is the main advantage of the gobos over the slides.

And, of course, you can also re-use your (or your parents’) slide collection.

I did try to create my own slides using an inkjet and some transparency paper, but the quality was just not good enough. The contrast was too low and you could clearly see the ink dots. My plan is to shoot a roll of slides and use them for my next project.

Results of the Light Blaster Shoots 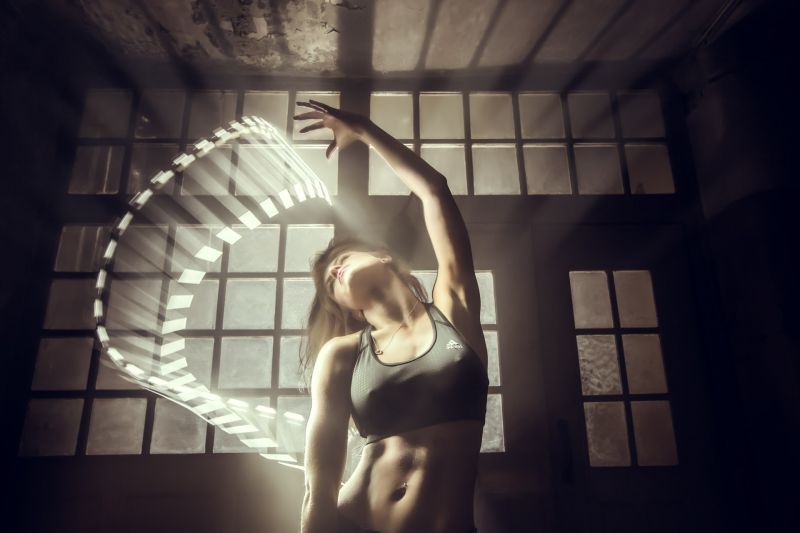 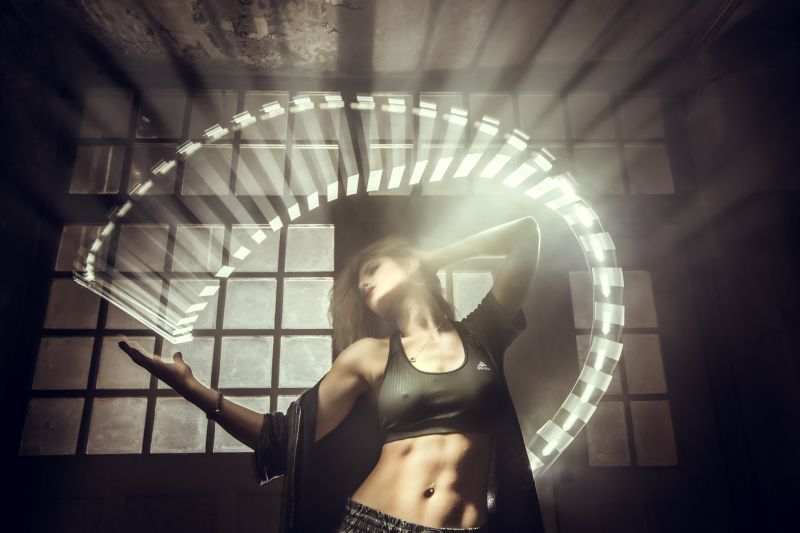 For the video, the requirements were different. I needed the exact same background for every frame + a nice structure. My setup was as follows: the camera was set to B (Bulb) with a radio trigger, Light Blaster with a dedicated flash with second trigger was on a light stand.

The Procedure: Lea stood still in the frame. I started the exposure (and the flashes fired). Then I went in and did the light doodle (it wasn’t so easy in total darkness…). End the exposure.

We repeated this ten times for every second in the movie.

You can get your Light Blaster here.

Bernhard Rauscher (a.k.a Lumenman) is a photographer based in Munich, Germany who specializes in light painting. Follow his work on the following sites.

How To Create A Custom Keyboard Shortcut Display For Lightroom