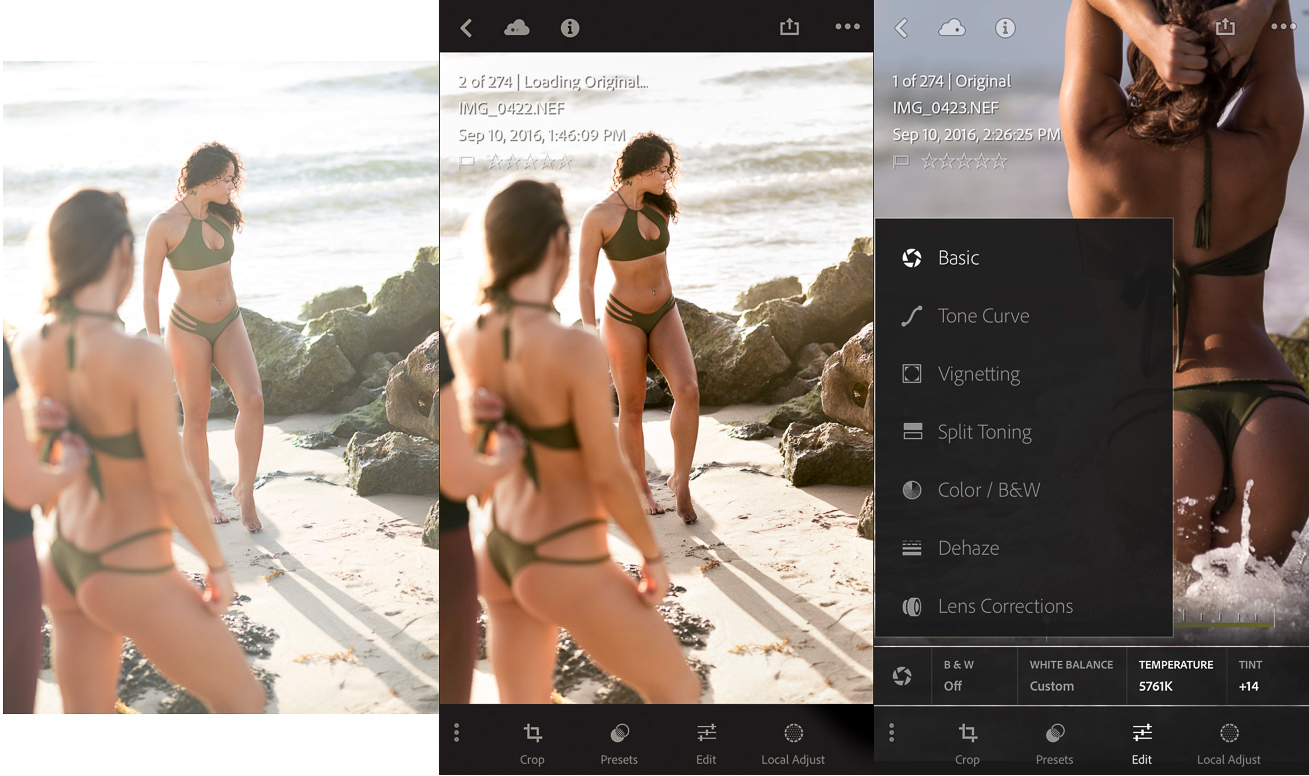 Your iPhone & iPad Can Shoot Raw As Of Today, With Lightroom Mobile

If you were paying attention a few months ago during Apple’s WWDC conference, and spent oodles of time in the back-end videos meant for developers (or read this post we wrote), you’d know RAW was coming in a big way to iOS 10 Apple devices, and that time is here.

While ‘a big way’ may seem like hyperbole, it’s not really. While Apple iOS devices have been able to store raw files for some time now, they haven’t been able to render them, much less edit them. Essentially, you could use the iDevice as a vehicle to hold or move raw files, but do nothing with them. If you clicked on an image you shot raw and transferred to your phone, what would appear would be a JPEG rendering of it. But that’s all changed now. 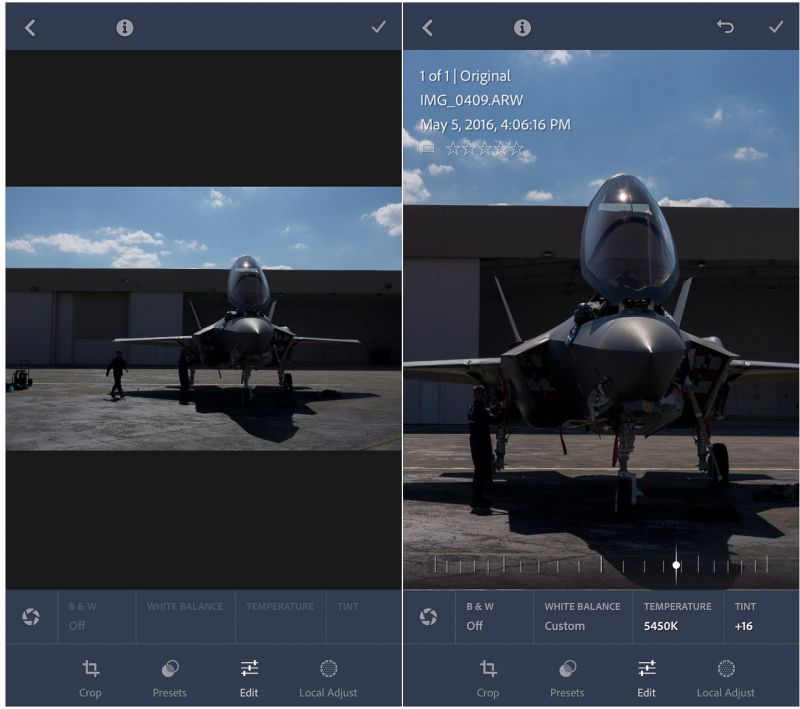 As of recently you were able to load and edit raw files from 16 camera companies and about 400 models, provided you had the right app, like Snapseed or Lightroom Mobile, with many more to come, and now you can shoot in raw provided you have the necessary equipment. What would that be? Simple: An iOS device with a 12MP camera now running iOS 10 which was officially released this week.

In case you’re curious if your hardware made the shortlist, those devices would be the iPhone 6S, 6S+, 7, 7+, and iPad Pro 12 inch models. So those of us running anything other than that will be able to edit raw files, but not capture. Which is actually strange because according to the Developer’s notes for the ‘Core Image Framework’, “RAW image file support is now available on iOS devices that use the A8 or A9 CPU. Core Image can decode RAW images produced by several third-party cameras as well as images produced by the iSight camera of supported iOS devices.” This would suggest iPhone 6 owners who have an A8 chip should be able to, but… 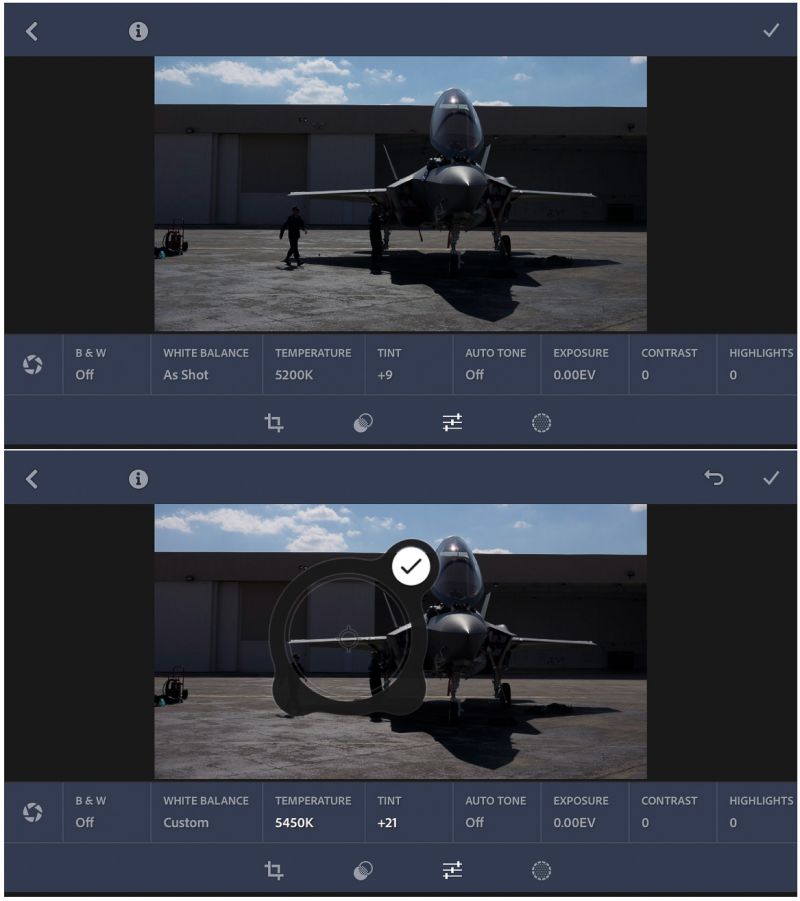 In case you’re also curious about the format, this Adobe’s DNG will be the standard raw file format type for Lightroom Mobile 2.5 and up, and capturing raw from the iDevice of choice will also capture in this format. Of course, you can send raw files from many cameras into your device and it should work just fine. I’ve used D750, D610, Canon 5D3 files, Sony RX10III, all in an iPhone 6, and you can do quite a bit with those files. It’s not to the level you can push them in the desktop or within ACR, but it’s close in many respects. The fact it allows you to adjust white balance and really shift appearance is huge, not to mention noise and detail control.

Of course this wouldn’t be entirely complete (or even with much point) if there wasn’t an upgrade in display and color space for you to see what’s going on, so again as mentioned a few months back, Apple’s P3 color space will cover a 25% wider gamut than previously done (sRGB), making for a truer editing experience. And Lightroom Mobile does a pretty nice job in reference to its editing abilities. The ability to nicely handle white balance, exposure, highlights, black and white points, and even local adjustments to a degree, makes this a rather potent combo. Perhaps we’ll detail what LR’s mobile app can really do. But for now, those who doubted mobile editing before may continue to be cynical, but in my mind there’s not question it’s here to stay.