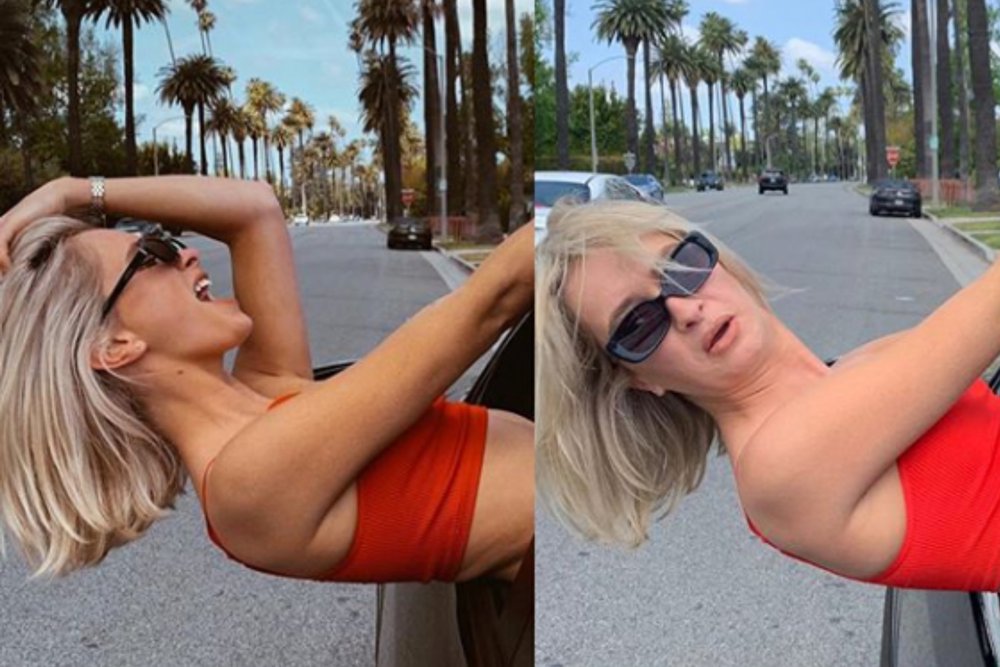 How many selfies have you taken over the past year? Think about it. How many? Now, of those selfies, how many have you actually shared on social media? And how many have you deemed just too embarrassing to ever be seen by the general public? Don’t worry, we’re not going to make you scroll through and give us a count. That’d be cruel.

But maybe we’re thinking about it all wrong. Maybe our selfie “outtakes” shouldn’t be a source of shame, but enlightenment! At least, that’s how beauty & style influencer, Rianne Meijer treats her selfie “bloopers”.

It has been too long soo here’s part 3, a quick reminder that it’s all about the right angles ? #letskeepitreal

Amsterdam-based influencer, Rianne Meijer has a bit of an unorthodox approach to her Instagram photography outtakes; She SHARES the outtakes to her 390,000 followers! That takes chutzpah! Her goal: show people that what they see on social media isn’t always realistic.

Meijer says, “I want to show that photos people see on Instagram, especially from influencers, aren’t ever really real.”

There was a time when Meijer would have been nervous about people calling her a fraud. But that’s a risk she was willing to take, a risk that paid off. She has been incredibly surprised by the number of positive responses! “I feel like I’ve found my voice through this project,” Meijer says. “And I want to keep building a community around this that builds on the positive message.”

Meijer said that the idea came to her when she was scrolling through some photos she didn’t use after doing a photoshoot in Berlin. She started to think about the message it would send if she posted these photos alongside the photos that made the cut. “I thought it was a good message to share.”

In one of her side-by-side Instagram stories, she wrote in the caption: “There are two sides to every story.”

There are 2 sides to every story ? hahahh sorry had to do it

She was worried that her followers would think she was a fraud. She had never previously posted any photos that weren’t in perfect lighting with the perfect angles. But instead, something truly amazing happened.

Meijer says, “I got thousands of people commenting. A lot of people thanked me for sharing these images because they felt like they never saw this before on Instagram.”

Meijer says she lost a few followers, but that didn’t really matter, because she gained more and received a ton of supportive comments. “If people want to unfollow me, that’s fine. I feel like I’ve found my voice through this project, and I want to keep building a community around this that builds on the positive message.”

One of the many good things about summer: up to 50% sale at @kaptenandson on all sunglasses!!❤❤❤ #kaptenandson #bekapten #ad

Not all of Meijer’s photos showcase her quirky side, but she’s actually had some brands wanting to use these raw, side-by-side photos, though she hasn’t done a sponsored post yet. For now, it’s just for her personal project in being a little more honest for the world around her. She says it makes her think of her 13-year-old niece, who often scrolls through Instagram. “I just want her, and everyone else, to be reminded that everything isn’t always the way it seems, especially on Instagram.”

We agree, Rianne. And we think you’re doing amazing work with your reach and influence on Instagram. Keep up the great work!