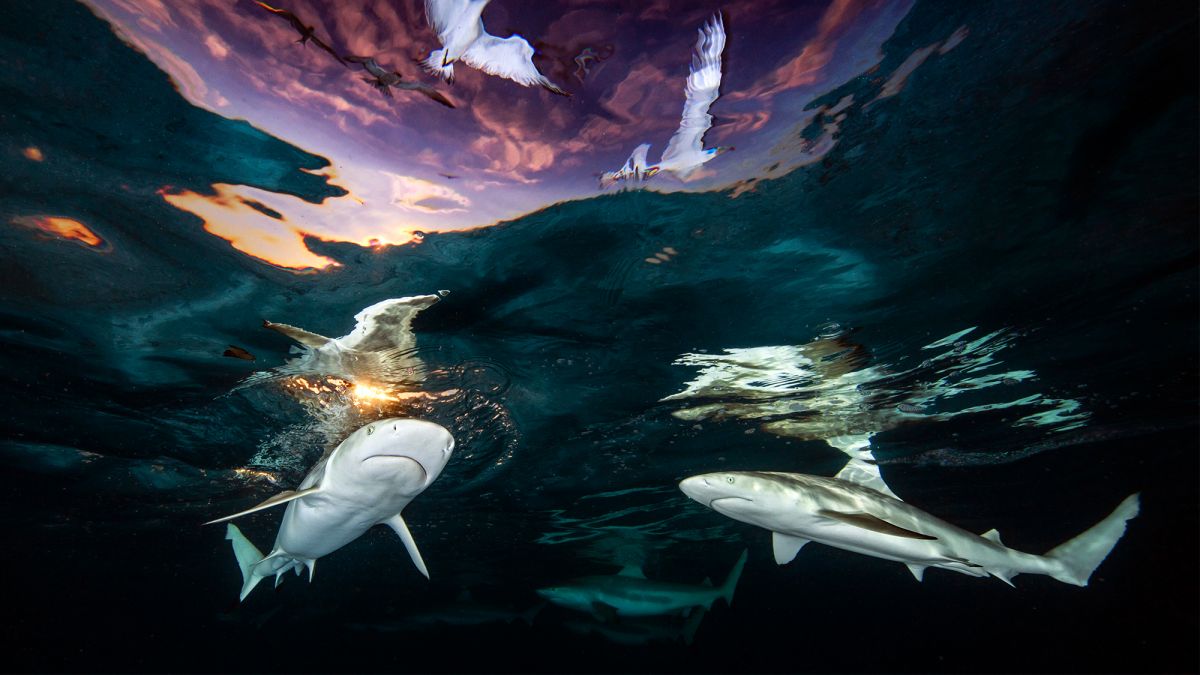 Incredible Images From The Underwater Photographer of The Year 2021 Competition

Photography (like most crafts) is a skill that takes a lot of time, research, practice, and most of all, patience to master. Now take all of that time and effort, and double it, then you have what it takes to create incredible images underwater! It’s an area that I’ve only been brave enough to even remotely try using my old GoPros for fun in a pool or nearby lake…I can’t imagine what it’d be like to take a full professional rig and head out into the wild. Thankfully, since I likely won’t be heading that route, the winners for the 2021 Underwater Photographer of the Year competition have been announced along with a selection of some absolutely breathtaking images captured below sea level (and maybe a few in some backyards).

A graceful photograph of blacktip reef sharks cruising beneath seagulls at sunset in French Polynesia sees Renee Capozzola from the United States named Underwater Photographer of the Year 2021. Capozzola’s photograph triumphed over 4500 underwater pictures entered by underwater photographers from 68 countries around the world. She is the first female photographer to be named overall winner of the prestigious international photography contest.

To shoot “Sharks’ Skylight” (featured image above), Capozzola travelled from her home in California, out across the Pacific Ocean, to the tiny island of Moorea in August 2020. “French Polynesia strongly protects its sharks, it is my favourite place to photograph them,” she explains. “I dedicated several evenings to photographing in the shallows at sunset, and I was finally rewarded with this scene: glass-calm water, a rich sunset, sharks and even birds.”

Chair of the competition judges, Dr Alexander Mustard MBE, commented “this is a photograph of hope, a glimpse of how the ocean can be when we give it a chance, thriving with spectacular life both below and above the surface. The photographer not only persevered until this serendipitous scene unfolded, but more importantly, Renee had the talent to capture this precise moment. The gorgeous lighting is sympathetic, but the picture is made by the elegance of the composition as sharks, sunset and seabirds fleetingly converge. Judging this year’s competition was a pleasure, a much-needed escape into the underwater world, I hope everyone enjoys immersing themselves in these fabulous images.”

The Underwater Photographer of the Year contest is based in the UK, and Mark Kirkland, from Glasgow (Scotland), was named as British Underwater Photographer of the Year 2021 for his inner-city wildlife vision “While You Are Sleeping” taken close to his home, in early March 2020. “This small muddy pond is an unlikely haven for wildlife, squeezed between a housing estate, supermarket and factory. But for a few nights each year, while the city sleeps, it comes alive with frogs. This frame was the culmination of 25 hours over 4 winter nights of lying stationary in darkness. Was it time well spent? Absolutely!”

Competition judge, Mustard commented, “this remarkable image shows that even in the centre of the city of Glasgow, frogs and world-class underwater photography can thrive.” Fellow judge Peter Rowlands added “I think it is a masterpiece. Savour it.”

In the same contest, Karim Iliya from the United States was named Marine Conservation Photographer of the Year 2021 for his graphic photo “Crowded Island” representing over-population and the pressure it exerts on the sea, with an aerial view of a small island in Panama. This category is open to both underwater and above water photographs highlighting conservation issues in the ocean, this is the first time an above-water picture has triumphed.

“This densely inhabited village is a visual microcosm, a reminder of how humans across the planet are over-consuming space,” explained Iliya. “Our relationship with nature and the importance of protecting it becomes very apparent when you look at our species from above and see how we monopolize space, forcing nature out.”

Competition judge Rowlands commented “a stark visual reminder of how we humans overrun the land, then overfish the surrounding sea. This photo captures the unnatural and unsustainable imbalance perfectly.” Mustard added “all the problems facing the ocean come down to this – too many people.”

The Underwater Photographer of the Year competition also aims to promote new photographic talent. SJ Alice Bennett, from the UK, but living in Mexico, was named as Up & Coming Underwater Photographer of the Year 2021 for a stylish photo of divers exploring a cave. Her image “Tying In” has a contemporary feel and relies on both advanced scuba diving and photographic techniques. “This photo was shot was taken during cave training,” explained Bennett “the two divers are followed closely by lighting assistants creating the beautiful halo effects that pick them out from the darkness.”

Judge Mustard explains the photo’s appeal “we always reward photographic innovation in this category and the control of light in a totally dark cave combined with the shallow depth of field empower this image with a fresh vision and truly capture the spirit of exploring underwater and underground.”

View A Selection of the Stunning UPY Images Below 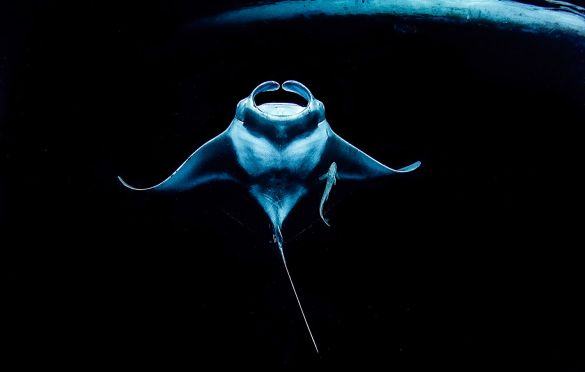 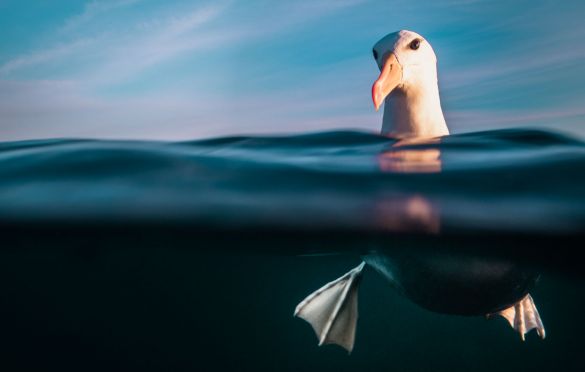 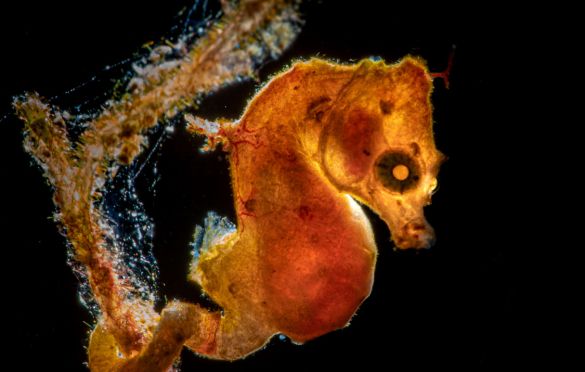 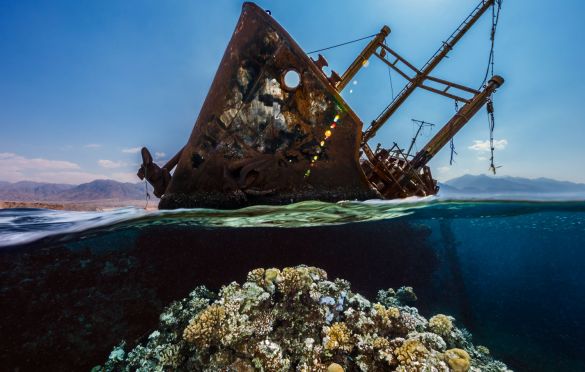 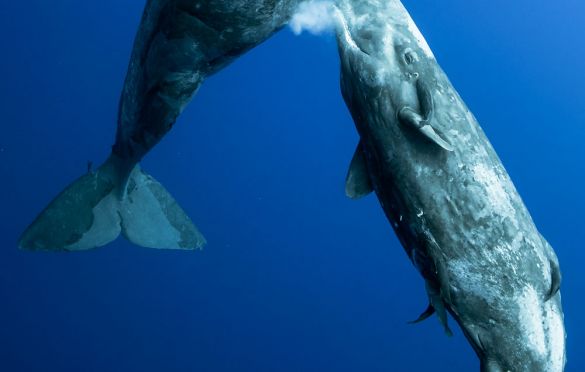 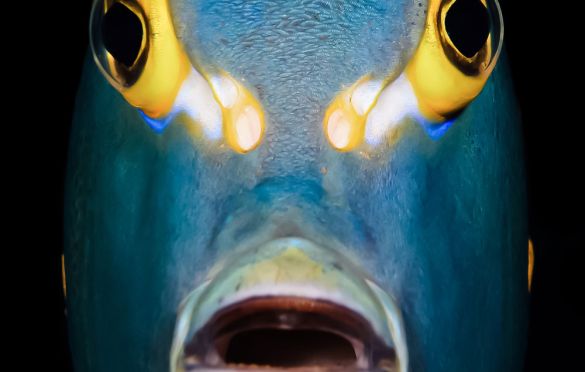 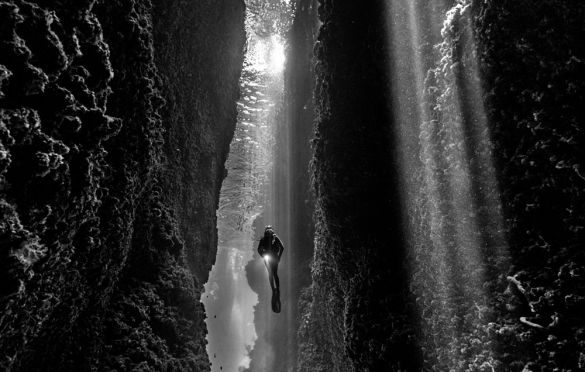 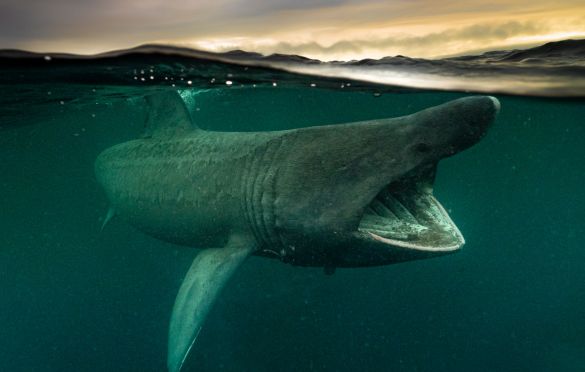 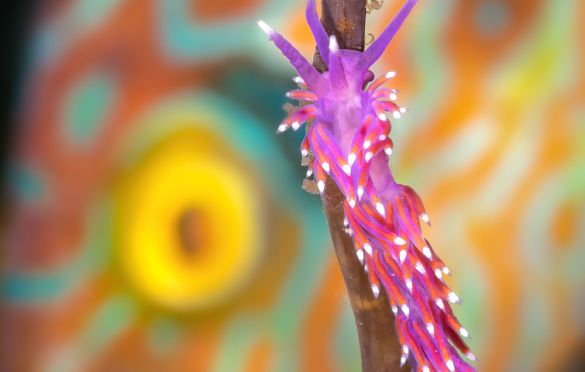 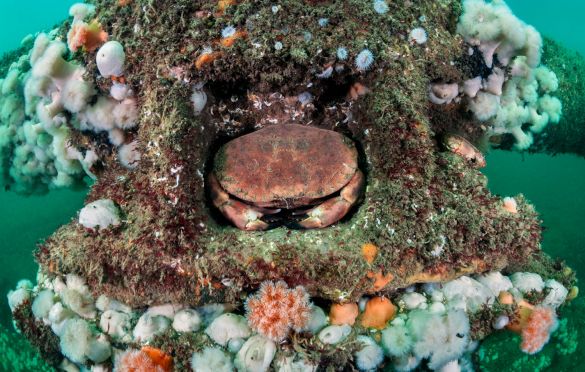 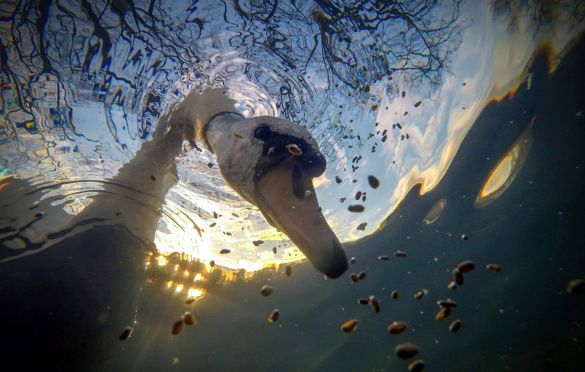 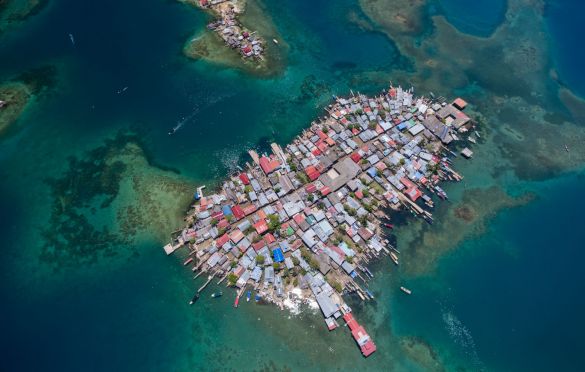 Obviously this is just a small and lower res selection of the incredible images entered and winning from this years competition, to view them all and to read up on all of the details form each shot and photographer, be sure to visit the official Underwater Photographer of the Year Website here.

About Underwater Photographer of the Year

Underwater Photographer of the Year is an annual competition, based in the UK, that celebrates photography beneath the surface of the ocean, lakes, rivers and even swimming pools. British photographer Phil Smith was the first underwater Photographer of the Year, named in 1965. Today’s competition attracts entries from all around the world, has 13 categories, testing photographers with themes such as Macro, Wide Angle, Behaviour and Wreck photography, as well as four categories for photos taken specifically in British waters. This year’s judges were experienced underwater photographers Peter Rowlands, Martin Edge and Alex Mustard.