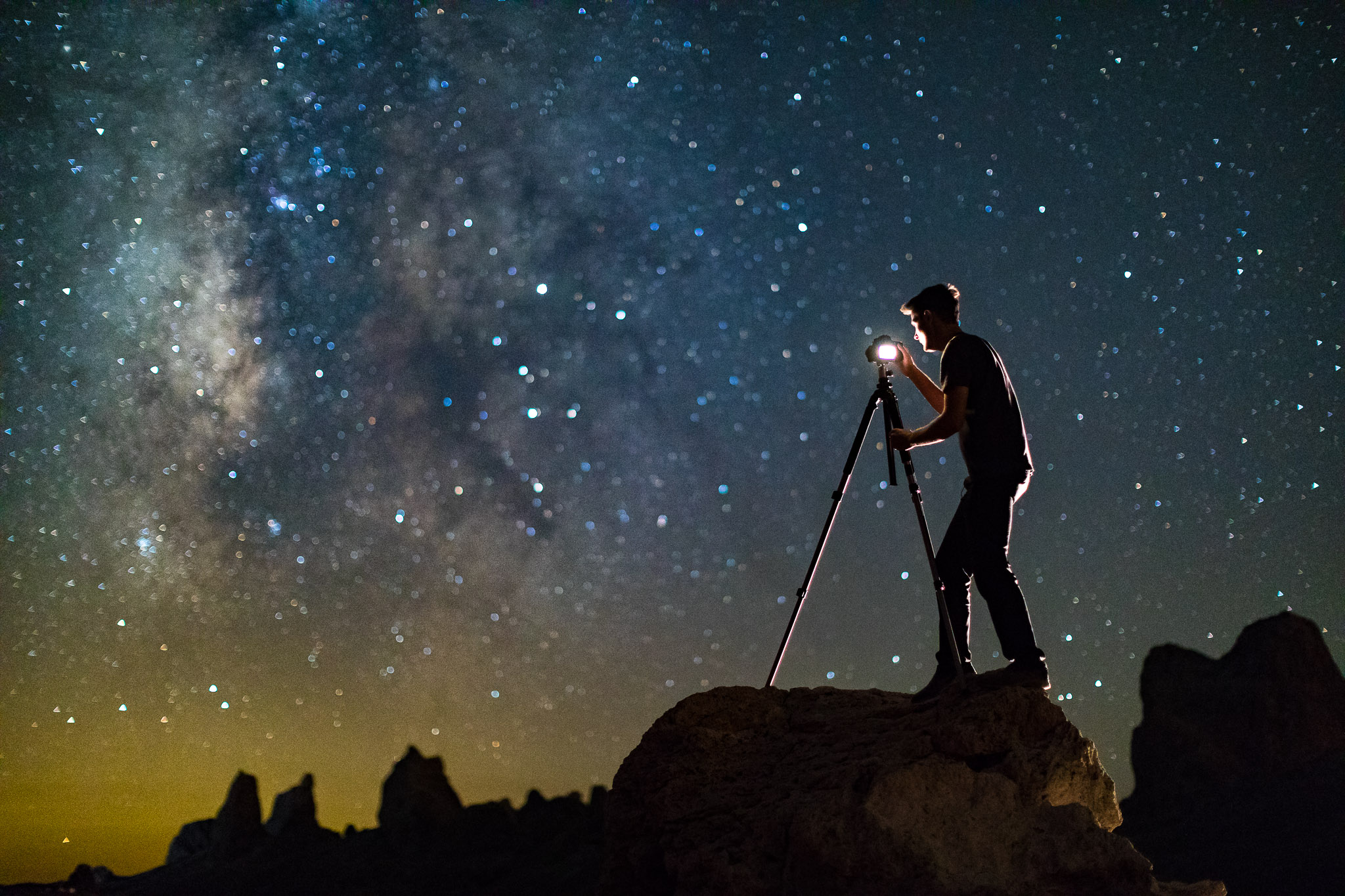 How To Photograph The Milky Way With A Portrait Subject

Milky Way photography has its unique set of constraints with regard to the exposure triangle due to the extremely dark conditions that are required to see more than just a few stars with either the naked eye, or a camera. 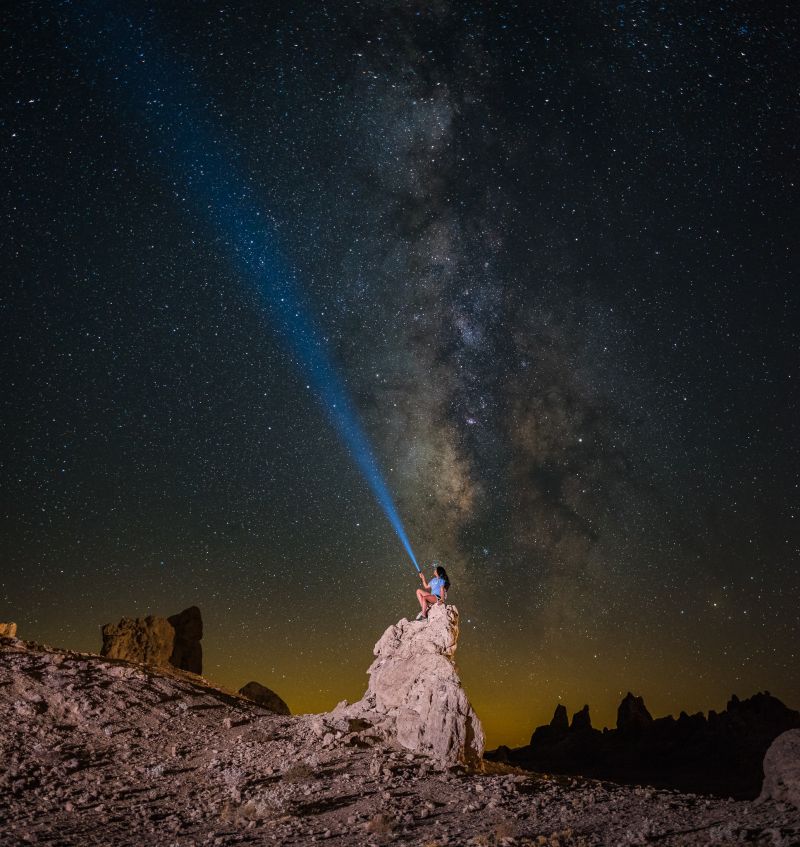 So with that in mind, the element of a human (or animal?) subject presents yet another challenge: they aren’t very good at holding still. This may sound totally obvious and simple and complicated and challenging at the same time. However, in this article we are going to break it all down for you, covering the different ways that a photographer might go about this task, including the two main options for lighting, and the different situations in which to use them.

Photographing The Milky Way, covers this topic of portraits under the stars, as well as others from which lenses are the best for nightscape photography, to advanced shooting techniques. It is our first ever landscape workshop and we are so excited to share it with you soon!

Using a Flashlight for Portraits Under The Stars

Many photographers who get into nightscape portrait photography didn’t start as portrait photographers, but as landscape or outdoor photographers. As such, they might not own a flash, only a flashlight (torch) or some sort of lantern. While this is indeed a significant constraint, it does not mean game-over. It simply dictates how you pose your subjects, and which shutter speeds you can use.

If you only have a constant light, (whether a flashlight, headlamp, Lumecube, or actual portraiture light such as an Icelight or similar) then you are at the mercy of how good your subjects are at holding still. Any more than one or two seconds, and people will usually start to blur.

However, the exact shutter speed you can use will vary on the distance between your camera and the subject. Simply put:

…the further away your subject is, the more they can appear to be perfectly still at a longer shutter speed. 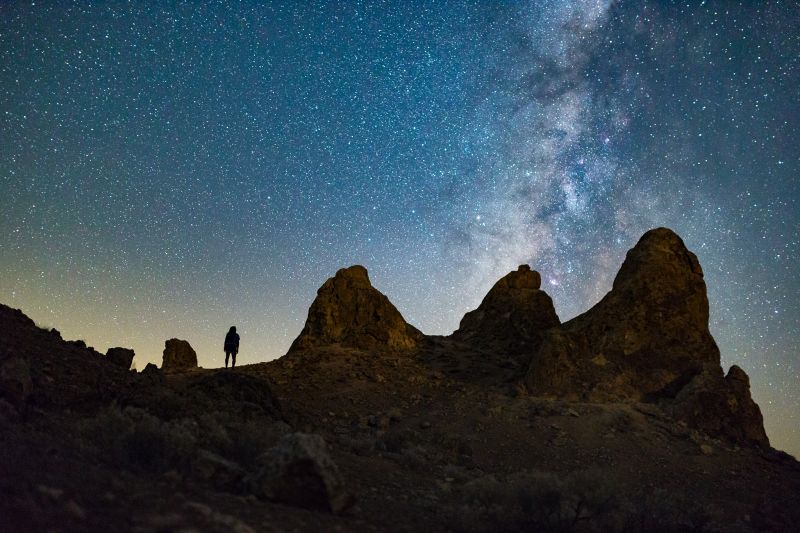 For example, a subject posed on a distant hilltop, appearing minuscule in the whole image frame, can appear to be perfectly sharp for a rather long shutter speed, say 15-20 seconds, compared to a very nearby head-to-toe portrait, in which a subject may start to blur at shutter speeds any longer than 5-10 seconds.

If you’re brave enough to attempt to use a relatively long shutter speed, around 10-20 seconds with a constant light, here are some final suggestions: 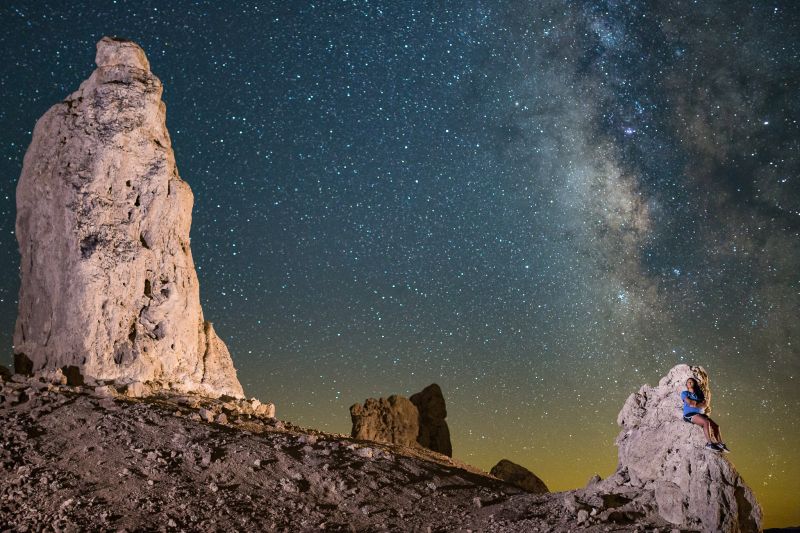 Tip: Lean Against A Solid Object

The key to extending your shutter speeds as long as possible is, helping your subjects hold still. Instead of posing them standing, against the starry sky itself, try having them sit, and/or lean against a stable object such as a rock or tree. If “ghosting” is still an issue on a subject’s face, then have them pose leaning against something completely, even their heads. 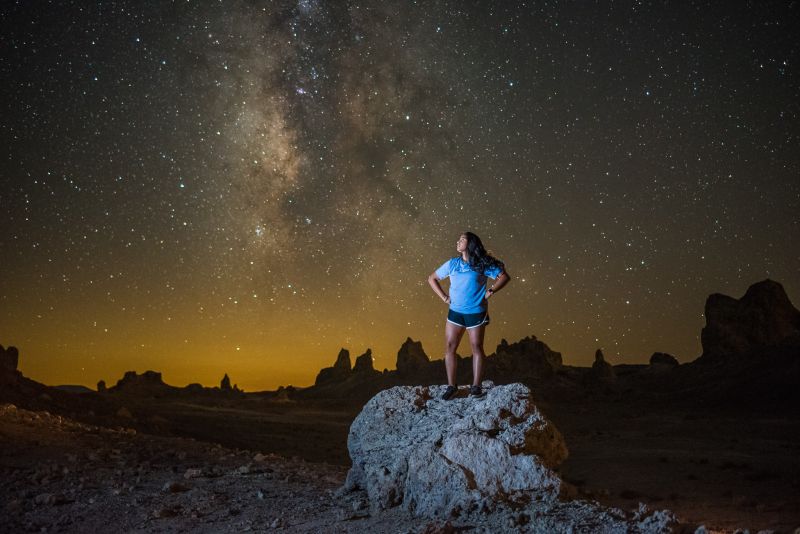 Using a Strobe Flash for Portraits Under The Stars

If you have flash at your disposal, then you can use that flash to freeze your subjects’ faces and ensure great detail, even at a close range.

However, even with the use of flash to perfectly freeze a subject’s face, the body motion during the rest of a long exposure may still cause dark ghosting effects, as seen below.

This is easy enough to remove in Photoshop if you know how to use the clone stamp tool, and if the background is a simple and clean one.

One great tip I have is to keep in mind when using flash to illuminate a subject that may still have ghosting around it, capture multiple images in quick succession so that the subjects’ swaying back and forth may create a slightly different ghosting effect, and hopefully sometimes none at all! Having said that, however, remember that sometimes making an image too perfect can also have the effect of making it appear unbelievable or fake. I personally prefer to leave just a slight hint of truthfulness in the photos I capture. 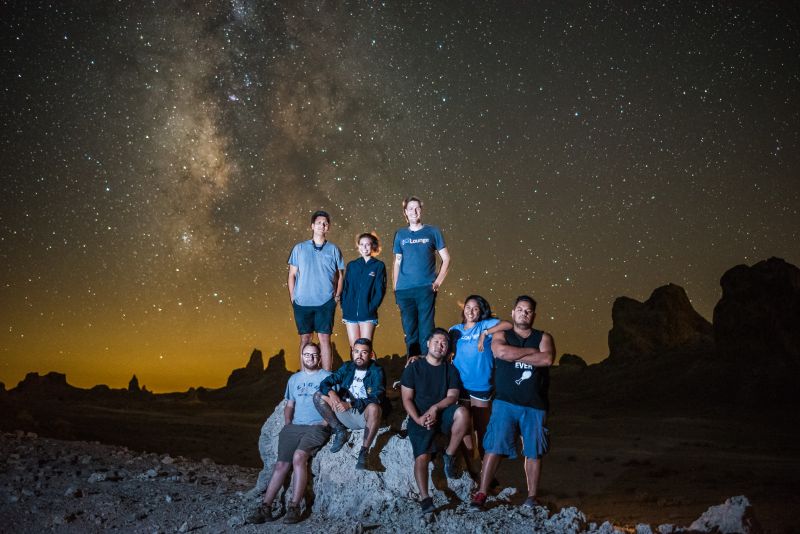 Click the button below to purchase or stream it now in SLR Lounge Premium.