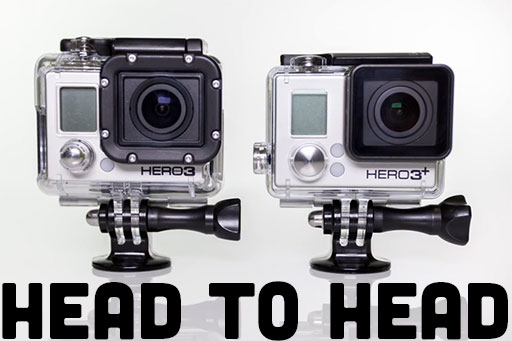 Back when GoPro announced the new GoPro Hero 3+ model many were left wondering if the upgrades made to the camera were really worth upgrading from a Hero 3. The new Hero 3+ Black Edition boasted a smaller size, better Wifi, Better Battery Life, a New Lens, and several other features – but nothing that really jumped out at you as *THE* feature that makes it worth a $70 upgrade.

The guys over at Rhino Camera Gear just released a new comparison video on YouTube where they took both cameras out side by side to really test them and see if the improvements made in the 3+ are really all that noticeable. Check it out below:

The Wifi performance on the new Hero 3+, while not quite as good as GoPro claimed, was still much much better than the old Hero 3 wifi. So if that is a feature that is important to you then the new GoPro Hero 3+ would definitely make a good purchase in my mind.

Now is it worth an upgrade if you already have the GoPro Hero 3 Black Edition? That is up for you to decide, personally I don’t think its worth running out to upgrade unless one of the improvements is something that you feel like you absolutely must have. Is the new GoPro Hero 3+ better? Yes, clearly. Is it so much better than the Hero 3 that the Hero 3 is no longer worth using? No, not in my opinion.