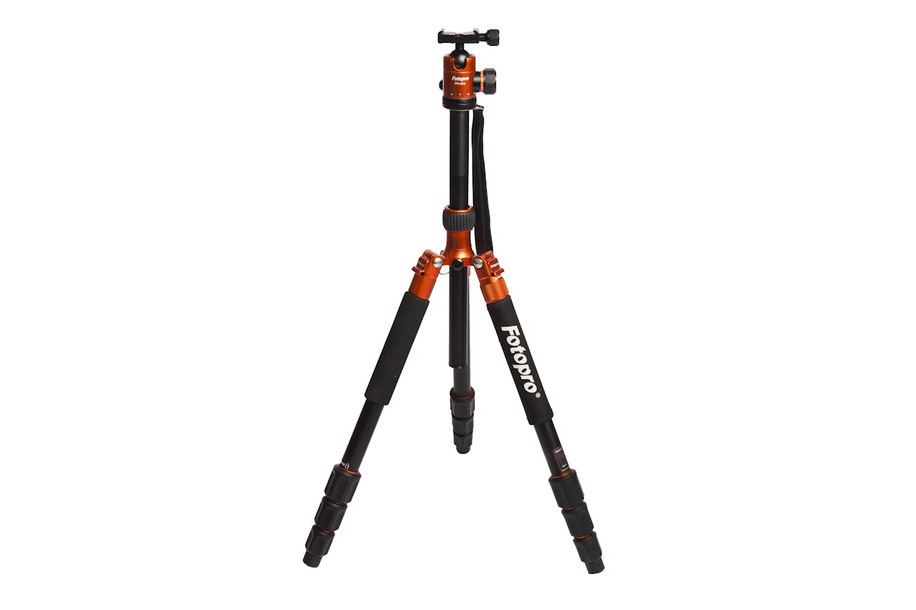 I have a confession to make:  I am addicted to tripods.  While most photographers out there probably view tripods as a boring accessory that they hate investing too much money in, I just love them.  I love testing and reviewing them, so that I can tell others whether or not they’re worth buying.  Hopefully, there are other photographers out there (probably mostly landscape photography geeks?) who can understand my passion for a rock-steady camera support system…  :-)

It is with this background in mind that I present to you my new favorite tripod, the Fotopro C5i! 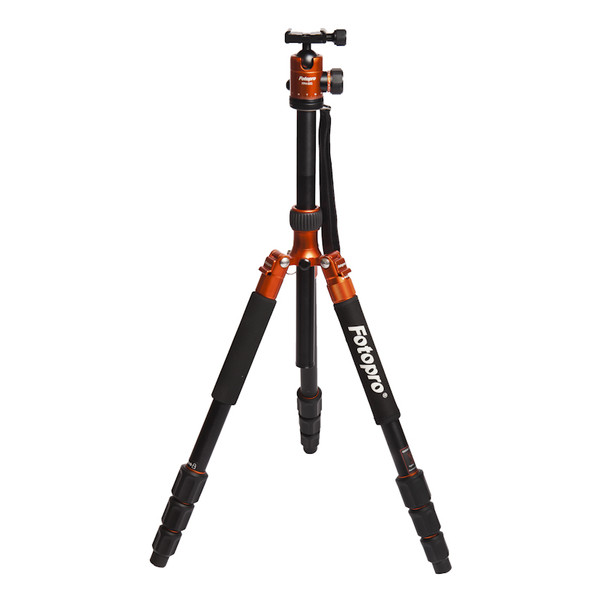 Okay before we get to the serious part of the review, let me just admit that the reason this tripod originally caught my attention was the bright color.  I know it sounds shallow or “cute”, but hear me out.  Who decided that all tripods need to be black?  I guess I just saw these tripods and thought to myself, “ya know, that’d make it easier to find when I leave it in the woods to do an overnight timelapse!”  I dunno, just a thought.  Based on how this review has gone, I just might buy myself a shiny red one!  …But I’m getting ahead of myself.

I am tough on tripods.  I guess I feel like they’re such simple, mechanical tools that they should be able to take quite a beating, however this is usually my downfall.  Tripods should be well-cared for, of course! Still, it is nice to own equipment that you don’t have to treat delicately, either. 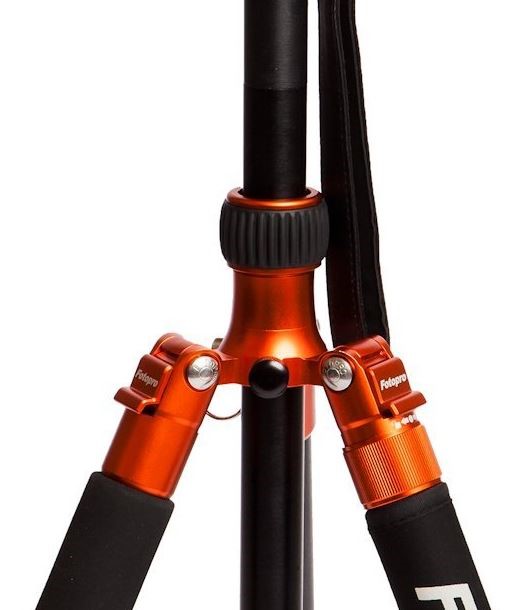 Having said that, the Fotopro tripod is extremely well-built.  Materials and craftsmanship all are top-notch.  Even after a couple months of heavy use, joint tolerances etc. all seem perfect.  The leg angle locks are the perfect stiffness which in my experience is very difficult to achieve!  I have had many tripods that get loose legs after just a little bit of general use, and even though you can just tighten the legs up with the supplied allen wrench, it is still annoying to have to do it continually.  I’m pretty confident that my Fotopro tripod will barely ever require tightening, and even then it might only be because I get fidgety when something includes tools.  ;-)

The leg joints are well-constructed, too.  There are a number of things that can go wrong with this twist-style of leg locks-  The rubber grip can begin to spin independently, making the tripod extremely risky to use because it gets harder and harder to tell if your legs are fully tight.  The Fotopro leg lock design doesn’t seem to allow this slippage to occur.  (Even when nearly identical models from other brands do, I might add!)  Another thing is the internal parts in the leg locks.  Twist-locks, compared to lever-locks, are notorious for having plastic innards that get obliterated by over-tightening, sand, and general abuse.  The Fotopro leg lock innards are the best I have ever tried from any twist-lock tripod out there-  They lock and un-lock with a single wrist motion, instead of having to do two or three “cranks” before you’re 100% certain the legs are locked or un-locked.

They also seem to be generally well-sealed against sand and the elements, although of course any time any tripod has a serious sand “encounter”, I would recommend a thorough break-down and cleaning anyways.  Or, just don’t knock your tripod over when you’re on the beach.  ;-)

All in all, this is definitely one of the most well-constructed tripods I have ever used, at any price.  It’s no Gitzo or RRS tripod, but then again those are the Rolexes of the tripod world and for the price this Fotopro tripod is an incredible value. 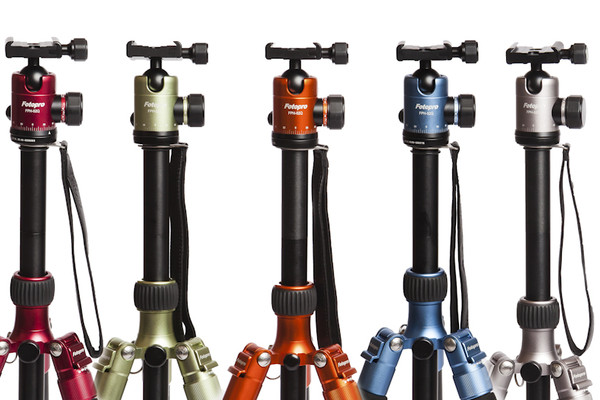 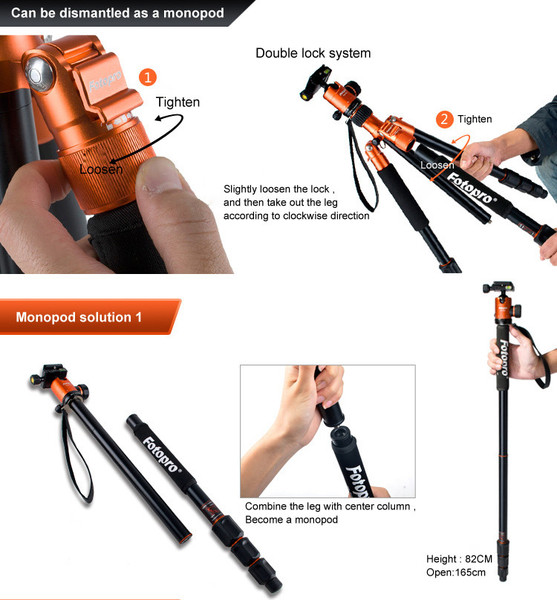 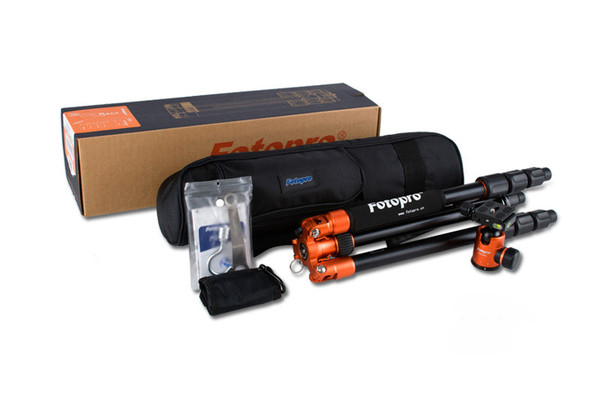 (Just a bit of official imagery for you…)

Field Use Results for the FOTOPRO C5I

I have some pretty gruesome testing procedures that I put my tripods through.  For example, there is the “does the knob / grip rubber melt or crack if I leave it in my car on a hot sunny day?” test.  So far, no generic tripod has EVER survived this test in the long run, and thus I wind up with a lot of tripods that have bare metal knobs.  Not a huge deal, but still a testament to the value of your investment.

I am happy to say that all of the Fotopro’s rubber parts have thus far survived this test, and I can already tell based on the type of rubber that I probably won’t have any issues for at least a year or two, which is as much as you can expect from any heavily-used tripod.

There is also the general sand / beach test, which I hate to do to such a fine piece of equipment, but alas one of my assistants was kind enough to knock over the Fotopro during a recent session on the beach.  ;-)  Thankfully, with a brief rinse (salt water is evil, too!) and thorough drying, (leave the legs unlocked and fully open for a few hours) …the tripod is still working as smooth as ever.

I found the C5i to be the perfect height-to-weight combination for me. (and I’m six-foot-two or so)  Also, regarding the maximum support load-  a lot of people talk about tripods in the 11-17 lb support range as if they’re weaklings that can’t support the average DSLR.  When was the last time you weighed your DSLR?  Even a Nikon D800 with a Nikon 14-24mm f/2.8 doesn’t weigh that much.

In my experience, it is not so much a matter of maximum load that can actually be supported, (I’ve used ~10 lb rated tripods to support the massive Nikon 300mm f/2.8!) …it is more of a matter of balance or tipping over.  A tiny, lightweight tripod shouldn’t be used to hold a massive lens simply because it becomes so incredibly top-heavy.   With that in mind, I promise you that whatever your passion as a nature photographer, short of big-lens wildlife photography, …this tripod can support your habits.

I especially like the little details that set this tripod above the rest in my opinion.  The center column can screw in half for example, allowing weight savings and an extremely low leg angle when desired.  The monopod leg “breakaway” system, which is now common on a handful of other tripods, has a great secondary locking mechanism which I have not seen on any other tripod models.  Also, the multiple bubble levels really help, too.

Lastly, the tripod foot that goes on your camera has “anti-freefall” bolts at either end, which help reduce / eliminate any chance of the camera slipping out of the clamp inadvertently.

So all in all, the C5i has been a pleasure to use in the field, more reliable and easier to use than most others on the market. 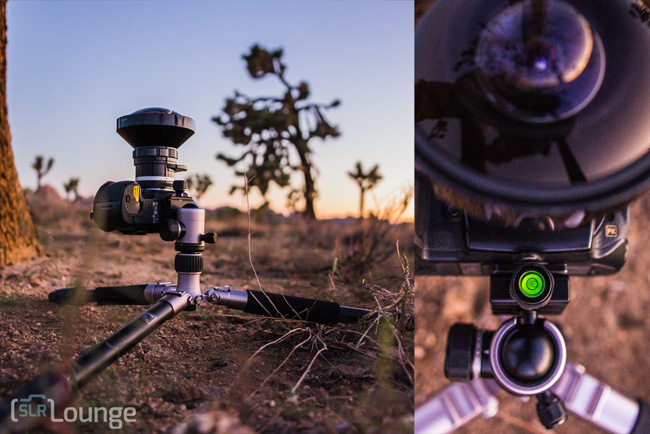 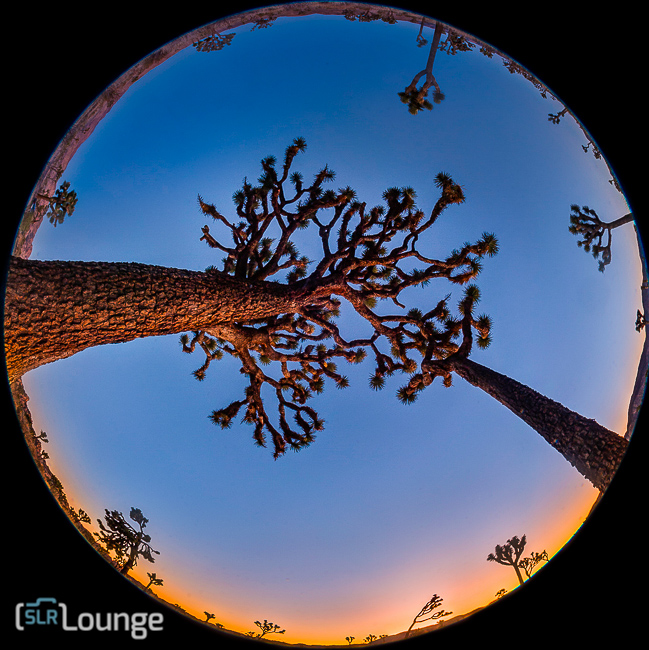 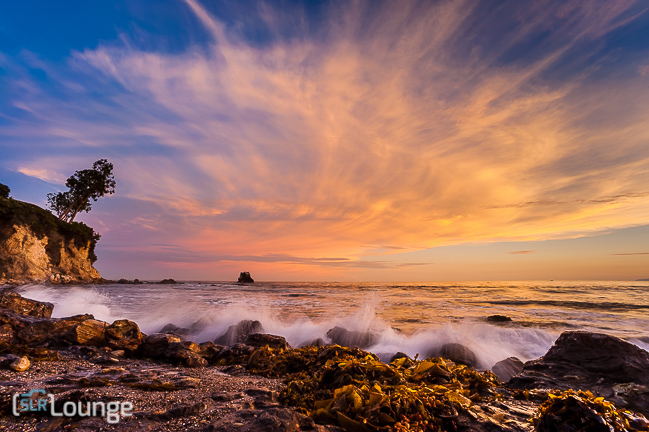 To check out more landscape images and see just how useful a rock-solid tripod can be, check out our “How We Shot It” Series of tutorials!  To learn more about HDR photography in general, check out our HDR Tutorial!

For casual use, moderately heavy abuse, and light hiking or roadtrip adventures, I would say that the C5i is perfect.  If you’re really a weight weenie and you go on long hikes, there is always the C4i tripod which is a slightly smaller version of this aluminum version, (at $149, weighing 2.9 lbs) or of course there are the C5c and C4c versions which are carbon fiber.  The C5c weighs 3.19 lbs and the C4c weighs 2.45 lbs, however unfortunately at this time I cannot find an online distributor for all of their CF model tripods.

I’m happy to give the Fotopro C5i a 5-star review.  Believe me when I say, very few tripods can receive this rating! At least not from me, the destroyer of tripods…

[Rewind FAQ: What is HDR Photography?]

Vimeo On Demand Gets Some Cool New Features