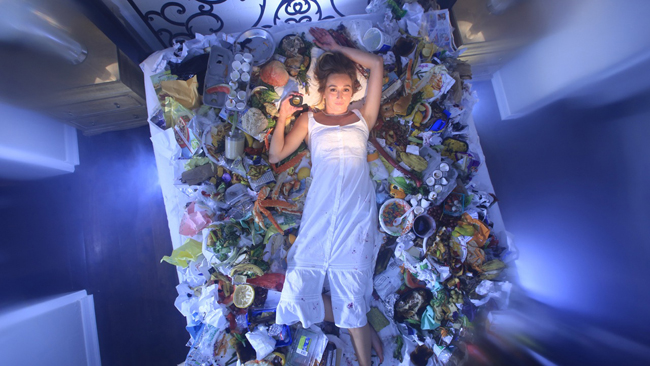 Do you know the old adage – Tungsten is is orange, daylight is blue. Good luck mixing the two? Mixing different light sources can be a tricky thing. We usually try to gel one source to match the other and that usually ends up fine. In the video below, our friend Jay P. Morgan shows us that we shouldn’t fear mixing light sources and shows us how to do it.

[REWIND:Stop Shooting for Neutral ‘White-Balanced’ Light! Try This Instead.]

Jay had essentially a blank canvas to work with due the the lack of ambient light. A combination of daylight balanced LEDs and tungsten lights were used to to give the scene that dream-like quality. The camera was placed above the the actress on a boom and was tethered back to a computer. 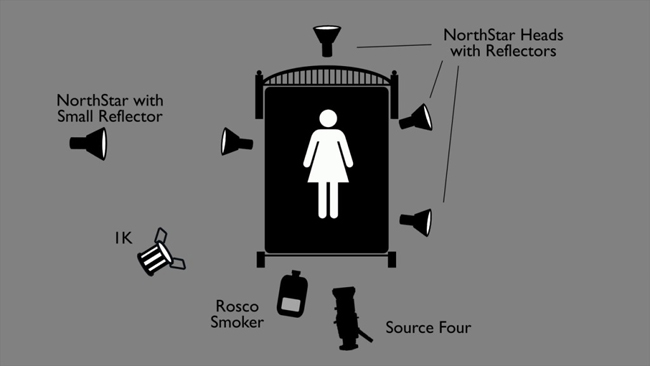 The Source Four was used to illuminate the actress with the shutters cutting the pool of light to just her face. The 1K looks like it was flooded and  bounced off the ceiling to open up the shadows on the piles of trash. Four of the daylight balanced NorthStars were under the bed to create separation, whilst the fifth was to add highlight to the garbage. Finally , Vaseline was added to the edge of the lens to add to the dream-like qualities.

The LEDs are on their side on sandbags just under the edges of the bed. The camera’s white balance was set to tungsten keeping the woman’s face neutral. This in combination with the LEDs to daylight gave the background a nice blue look. 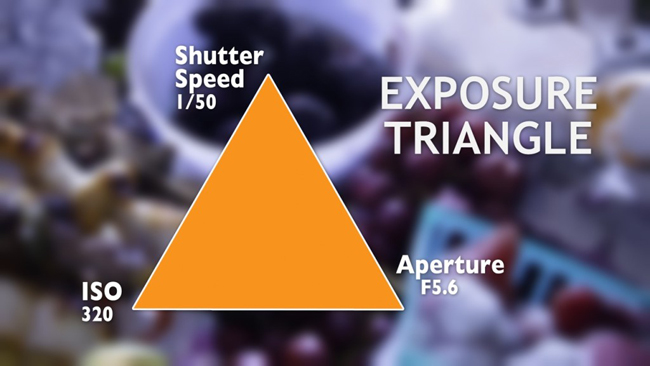 Mixing lights sources doesn’t have to be scary nor difficult. You just need to understand what each light does and how they will act when you change the white balance in camera. Jay has taught use how to mix sources before to create different effects. Of course, if you shoot RAW, white balance can be chosen in post, but that shouldn’t be a crutch to fall back on.

How would you have set up this scene? Share your thoughts in the comments below!