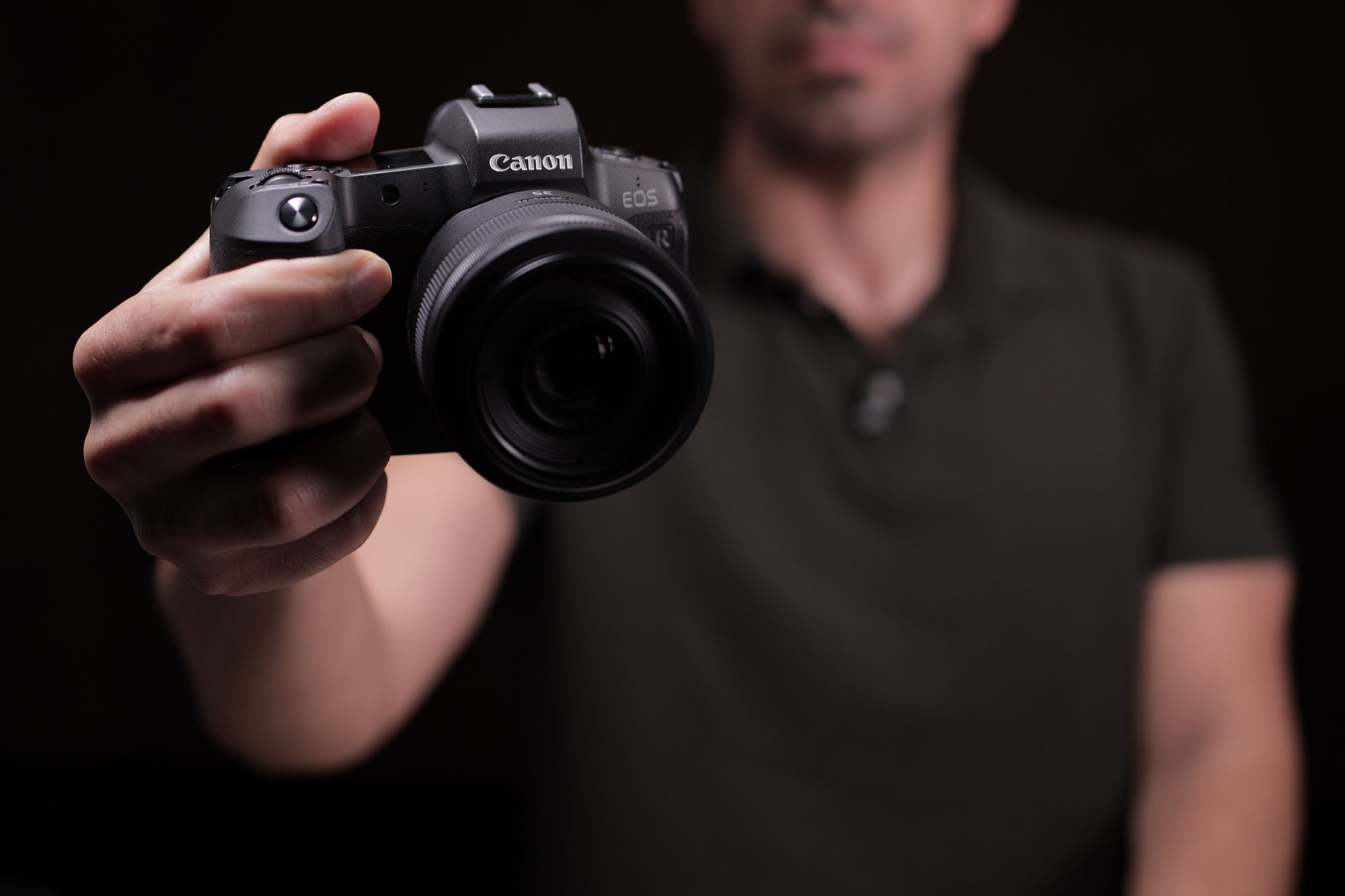 Living with the Canon EOS R: A 6-Month Hands-On Review

I’ve had six months with Canon’s flagship mirrorless camera, the EOS R. From weddings, to travel, to personal family shoots – I’ve put this camera through its paces to see how to ranks next to Canon’s more durable 1D and 5D series cameras to decide whether or not it’s time for me to make the mirrorless jump. If you’re comparing specs alone, you’ve probably already moved on by now, because on paper, it’s not necessarily that impressive. That doesn’t mean that it’s not a great camera in its own right. Overall, my experience with this camera has been fantastic so I want to talk about it in this video review:

A short disclaimer: Before we dive into my hands-on experience, this review will not be heavily spec-filled because you can quickly Google that and figure it out. When it comes to any other thing, like buying a car or a house, you aren’t just looking at what’s under the hood and or at the floor plan and bedroom space – you want to know what it’s like to drive that car or live in that home. I’ve owned with this camera now for several months and this will be my experience with it.

1. What I Love About the Canon EOS-R (It Has Nothing To Do With the Actual Camera…) 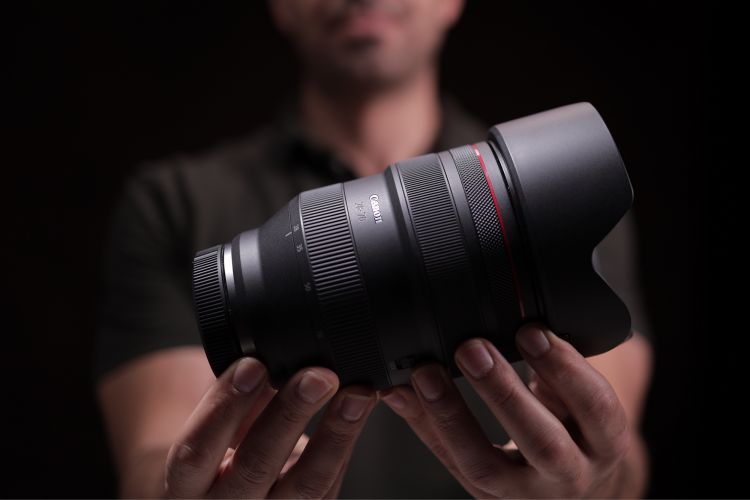 I keep getting a lot of people asking if they should jump ship to this mirrorless camera, and to that I say: I’m using the EOS R primarily for the new RF lenses, but specifically the “Bulbous Beast,” otherwise known as the Canon RF 28-70 f/2. You may have watched me confess my love to this lens a couple of weeks ago because it has become my all-time favorite lens ever created. This three-pound monstrosity is absolutely amazing and it’s kind of a game changer when it comes to zoom lenses. Now, granted, Sigma has the 24-35mm f/2, but I love this Canon variant paired with the EOS R, especially since we have more of a range in focal length while still maintaining a shallow depth of field. I also am a fan of the control rings on the RF lenses, but we will talk about that in a bit. 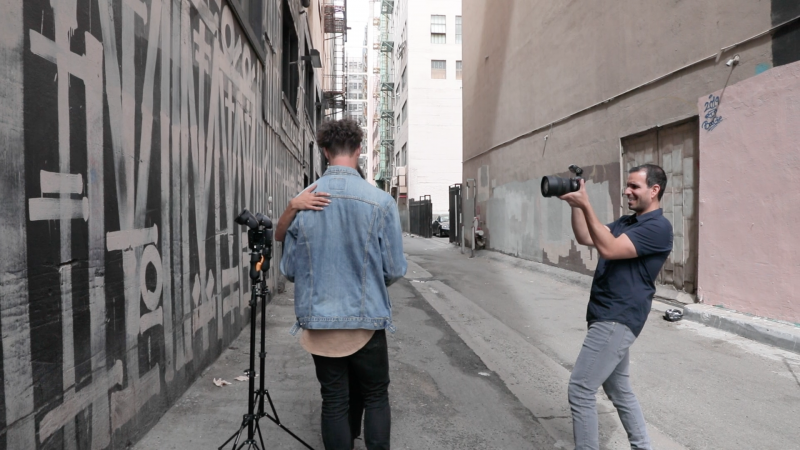 The next thing that I appreciate about the EOS R is the size, but I’m gonna be honest, Canon puts a lot of emphasis on this smaller and body but there’s really only one native RF lens that takes advantage of the size and that’s the Canon RF 35mm f/1.8. When traveling, I love taking the EOS R and the 35 to achieve a small but very powerful on-the-go camera setup. Here’s the caveat though – the rest of the RF lens lineup is ANYTHING but portable. When you pair it with one of them you’re losing all of those size and weight savings that you’d get in the body. It feels like just any other DSLR at that point. If you’re pairing it with these kinds of lenses and expecting it to be small & light, it’s just not gonna be that.

Now, we’ve been touting this for years and it’s the primary reason we’ve stuck with Canon. It’s not that other manufacturers haven’t put out products that produce good colors or that their file quality isn’t good, but more so that based on the look we want to achieve, Canon hits it out of the park. It gets us closer in-camera to that final outputted product when it comes to our specific style.

Let’s start with the menu design is very simple and easy to use even if you haven’t shot Canon products before you will find that it’s easy to navigate
through the menu system, find what you need, set up your custom menus all without having to open up the manual and just with some basic previous camera experience. In addition, the button layouts and functionality is wonderful including the new control ring on RF lenses. Now, this is a throwback to previous generations, like many generations ago, when we had aperture controls on the lens. I love that they brought this back because it
makes for a very quick and handy kind of adjustment when you’re on-the-go shooting. You can also easily adjust your shutter speed and ISO with the custom dials making it so simple to quickly modify settings. You can tell that there’s a lot of science that’s gone into the usability of the camera and it’s something that you’re gonna appreciate when shooting on-the-go. 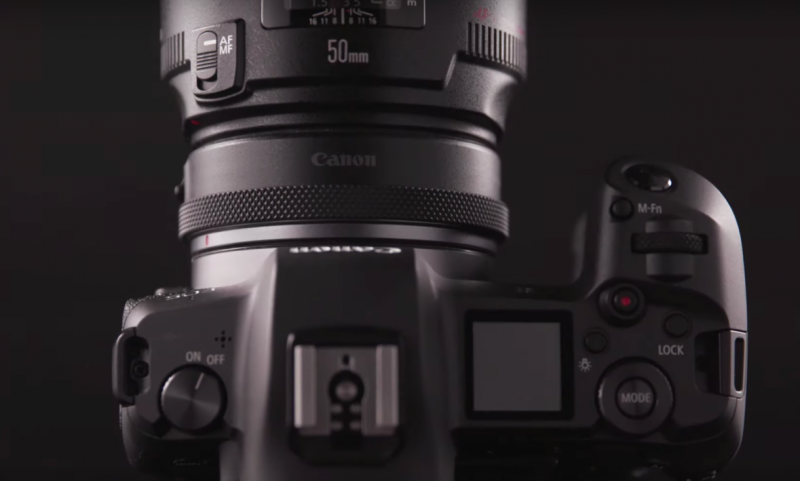 A quick note about the adapter I have an adapter right here and what I would say is there are different versions of this adapter but you can use this to adapt any of your EF glass onto Canon RF mount cameras, but the caveat here is making sure that you get the adapter that has the built-in control ring and ND filter as well. Long gone are the days when we used to have to carry a pack of NDs with us, screw them on, then screw them off. The control ring gives you that extra dial which you are going to want to have. While I was using the adapter that doesn’t have the control ring, I found that it wasn’t as easy to adjust my shutter speed after an ISO because I only really had two dials to do it with so having the control ring makes a big difference in terms of your experience using EF glass on RF mounts.

Let’s talk about video functionality for just a moment. I shoot primarily stills with this camera, but in terms of video, we can now shoot Canon Log straight out of camera which is kind of a nicety if you are a cinematographer and you have other Canon cameras like the Canon C200 that you use as your  A Cam, then it’s nice to have C Log in this for your video so that you can use this as a B or a C Cam. This is great for when you bring all the footage together in post and syncing it up, color grading and matching up the colors between cameras. 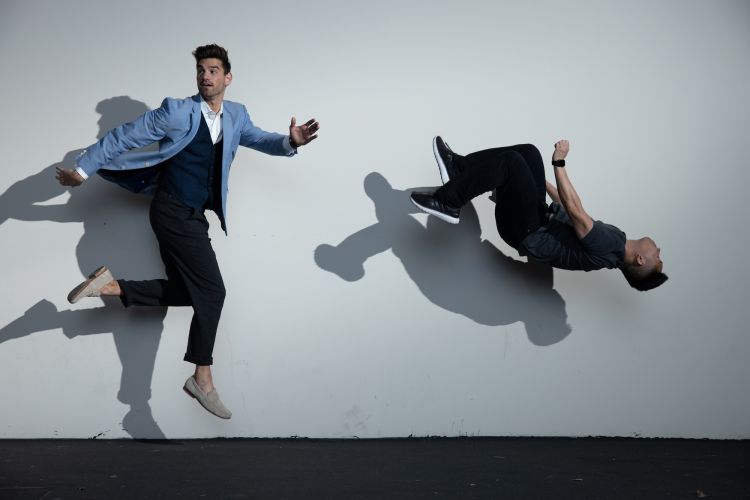 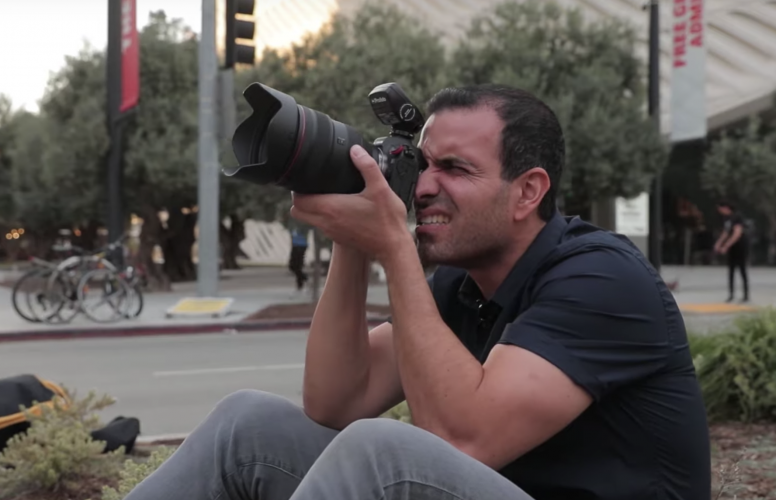 The autofocus system itself is actually quite good, but we’ve got some pretty tough mirrorless contenders on the market that blow this thing out of the water, especially with the latest in eye-tracking AF from Sony. It is a definite improvement from the Canon 5D Mark IV and has fantastic speed and abilities, but the on-screen joystick doesn’t come close to the comfortability and ease of use of the physical joystick on the 5D Mark IV. Maybe people with smaller noses have had better luck…. but it was a terrible experience for me which I discuss in depth in the video review.

The biggest drawback that everyone is going to talk about, and everybody already has talked about, is the 4K crop in this camera.  a lot of you think that Canon is holding this back because they don’t want to diminish their Cinema EOS line and they want to preserve those cameras without cannibalizing other cameras. What I was told specifically by Canon Reps is that the this is actually a technical issue with the EOS R and they don’t yet have the ability to use the entire sensor at a proper framerate doing 4K without overheating. There is far more to making a good cinema file than just the resolution. The overall color, the bit depth, the overall dynamic range – all of it plays a component in the final footage. Either way, this is a drawback for cinema shooters and it needs to be noted
because that’s what makes this camera very much more a still camera that also happens to shoot video, versus a camera that does both equally well. Another issue I had with the cinema side – where is the 1080p at 120 fps? This was definitely a missing characteristic especially because I wanted that silky-smooth slow motion. I felt like this could have, and should have, been done in this camera.

With all that said what’s the bottom line well if you are a current 5D Mark 4 user and you’re looking for that professional mirrorless upgrade then WAIT! There’s not a significant reason beyond the RF lenses to switch over to the EOS R quite yet and Canon has promised that we’re gonna be getting a
professional mirrorless to complete the lineup with the EOS R and EOS RP. If we are comparing camera bodies, I’ll take my Mark IV over the EOS R, any day. Those of you that love Canon lenses and Canon color science and you don’t have a Canon full frame body to go along with it then the EOS R presents a great mid-point full-frame camera at a good value and price point right around $2,000 USD. The EOS R isn’t groundbreaking enough to jump ship so hold out a little longer for what Canon has coming up in their mirrorless lineup.

What are your thoughts on the EOS R? Have you considered purchasing it and switching from your current setup? Let us know in the comments below!

Why The Three Musketeers Are Wrong When It Comes To Running A Photography Business.